On Thursday, Admiral took on Amur in the first Far East match-up of the season. Even though this was an exhibition game, it was a competitive affair with the local rivals separated by a second-period goal from Vasily Streltsov.

For Admiral, this was already the third pre-season game; Amur had not ventured onto the ice since February, when its regular championship season ended right here in Vladivostok. With 2,850 spectators looking for a sneak preview of what to expect when the season gets going in September, the stage was set.

However, much like that meeting late last season, today’s game was not a high scoring affair. The only goal of the game arrived late in the second period when Streltsov found a one-timer to finish off a swift counterattack while his team was short-handed. That’s already the second goal of pre-season for the forward. 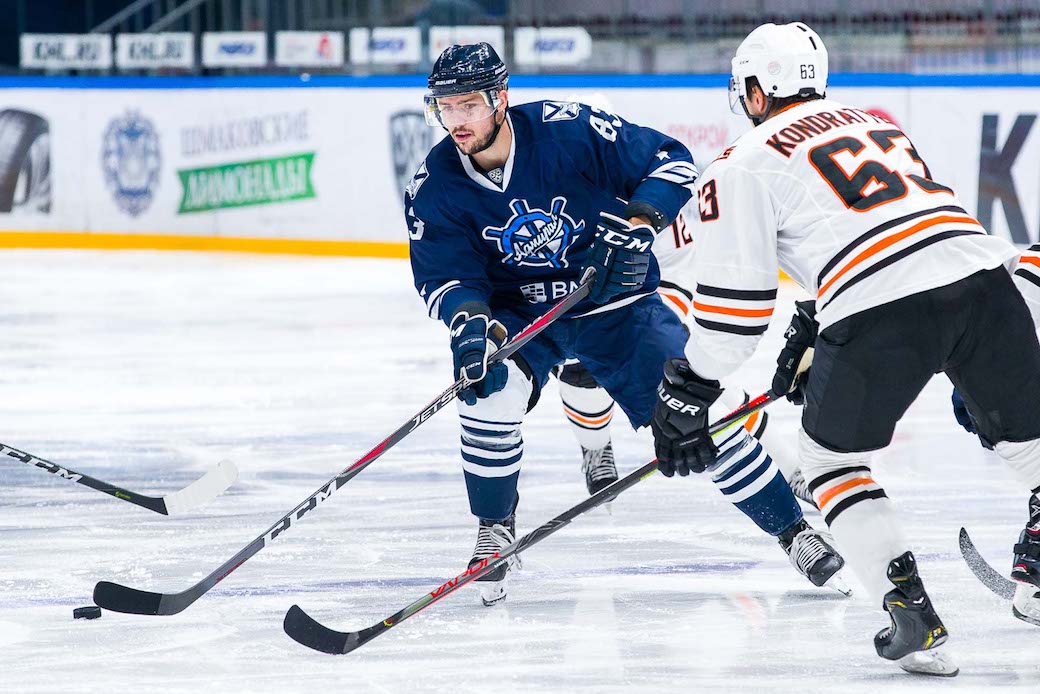 Amur was unable to use all of its new signings in this game. For example, both of the Zohorna brothers, Hynek and Tomas, were unavailable. Admiral, meanwhile, is gradually building up to full strength: defenseman Shawn Lalonde and forwards Martin Bakos and Markus Ljungh were the new signings on display as the team looks to build a new scoring line.

Canadian defenseman Lalonde demonstrated that he’s not just there to thwart the opposition’s offense. He’s already ready to step up and fight for his team-mates at any moment. Although this was billed as an exhibition game, a derby is still a derby: in one of several incidents, Lalonde traded blows with Amur newbie Valery Vasilyev.

The two teams are set to meet again in Vladivostok on Saturday in a return game.