And we’re off! Vladivostok hosts the first action of the season

The 2019/20 season is officially underway! On Saturday, Admiral played the first pre-season game of the year, taking on VHL outfit Yermak in front of 1,270 fans.

Just back from vacation and fresh from last week’s medical checks, Admiral’s players were straight out onto the ice at the Fetisov Arena. This test was against the club’s VHL farm club, Yermak Angarsk. The game was described as an exhibition encounter but turned out to be a competitive affair: even in the first period there was time for the players to trade blows on the ice, with new Admiral signing Martin Bakos in the thick of the battle. Another debutant, goalie Juho Olkinuora also made a positive impression as he kept the scoreboard blank in the opening session.

However, the Finn had no answer in the second period when visiting forward Matvei Tymchenko scored twice to put Yermak in control of the game. Admiral’s only reply came from Denis Vikharev. The home team enjoyed the better of the play, firing in 31 shots on goal, but fell to defeat in its opening game. The teams meet again on Sunday for a second game. 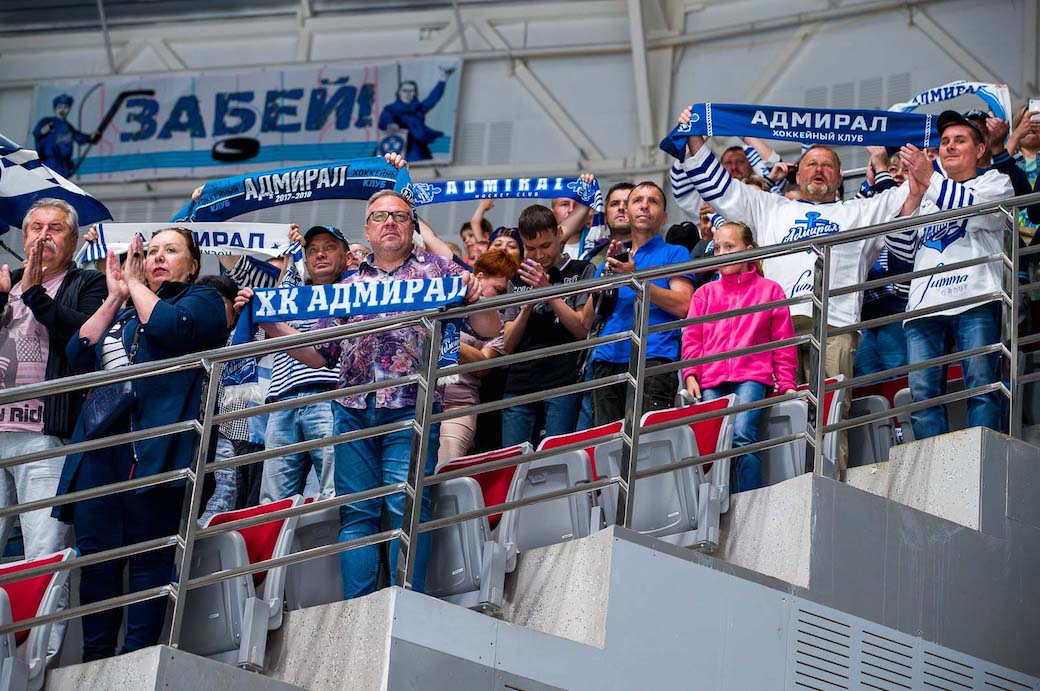 We made mistakes. There are some question marks over our defense. Twice, our defensemen left gaps in the center. But we can work on that.

The guys still aren’t fully on top of our tactics. We didn’t make enough transitions from defense to offense and vice versa. We’ve not had much time, we’re still rusty. Today’s opponent was a bit fresher; we’ve only just returned to training. We wanted to try things out, we wanted to look at things: that’s why we weren’t perfect today, we didn’t have time to look at everything in training. I was happy that we only practiced with our special teams for the first time this morning and we already have two units that look quite good.

We create a lot of chances today, but their goalie won them the game. That’s hockey. At this stage I don’t think we’re ready to show what we can do. The next game should be better and more interesting.

We started slowly but when we got into the game, we were much quicker. It felt like if we had a bit more time, we could have saved the game. Their goalie did really well. We needed to put more traffic in front of him, take away his eyes. Hopefully tomorrow we can do that better.

It’s frustrating to lose our first game. Maybe we’re not quite at peak form yet, but that’s no excuse. We should have gone out and won today. We’ll be better tomorrow. We need to find our rhythm and get a feel for our game. We had plenty of chances, but our finishing was poor. We lacked composure, we rushed at things. We need to work on everything.