In Yaroslavl, home of perhaps the best hockey school in Russia, an import needs to be pretty special to make an impact. However, Lokomotiv was also the first club to win the Russian championship with a foreign coach (Vladimir Vuitek in the Russian Superleague era) and has consistently picked out some big talents to bolster its band of local heroes. Here’s a look at some of the best.

Karel Rachunek’s history with Lokomotiv began before the KHL era. The Zlin native played a handful of games in Yaroslavl back in 2002/03, when he was already an established part of the Ottawa Senators team. He returned to Russia during the NHL lock-out of 2004/05 and stayed for another season with Loko before going back across the Atlantic for two more seasons in the NHL. When the KHL began, Rachunek was among the first foreign players to join, spending two campaigns with Dynamo Moscow before returning ‘home’ to Yaroslavl. In the 2010/11 season he wore the ‘C’ and led the league in scoring from the blue line with 46 (11+35) points in 50 regular season games. In the playoffs, he continued to blaze a trail from defense, adding a further 13 points in 18 games to keep ahead of the other top-scoring D-men. However, his time with Lokomotiv ended in tragedy: Rachunek was one of the players killed in the air disaster in September 2011. He was aged just 32. 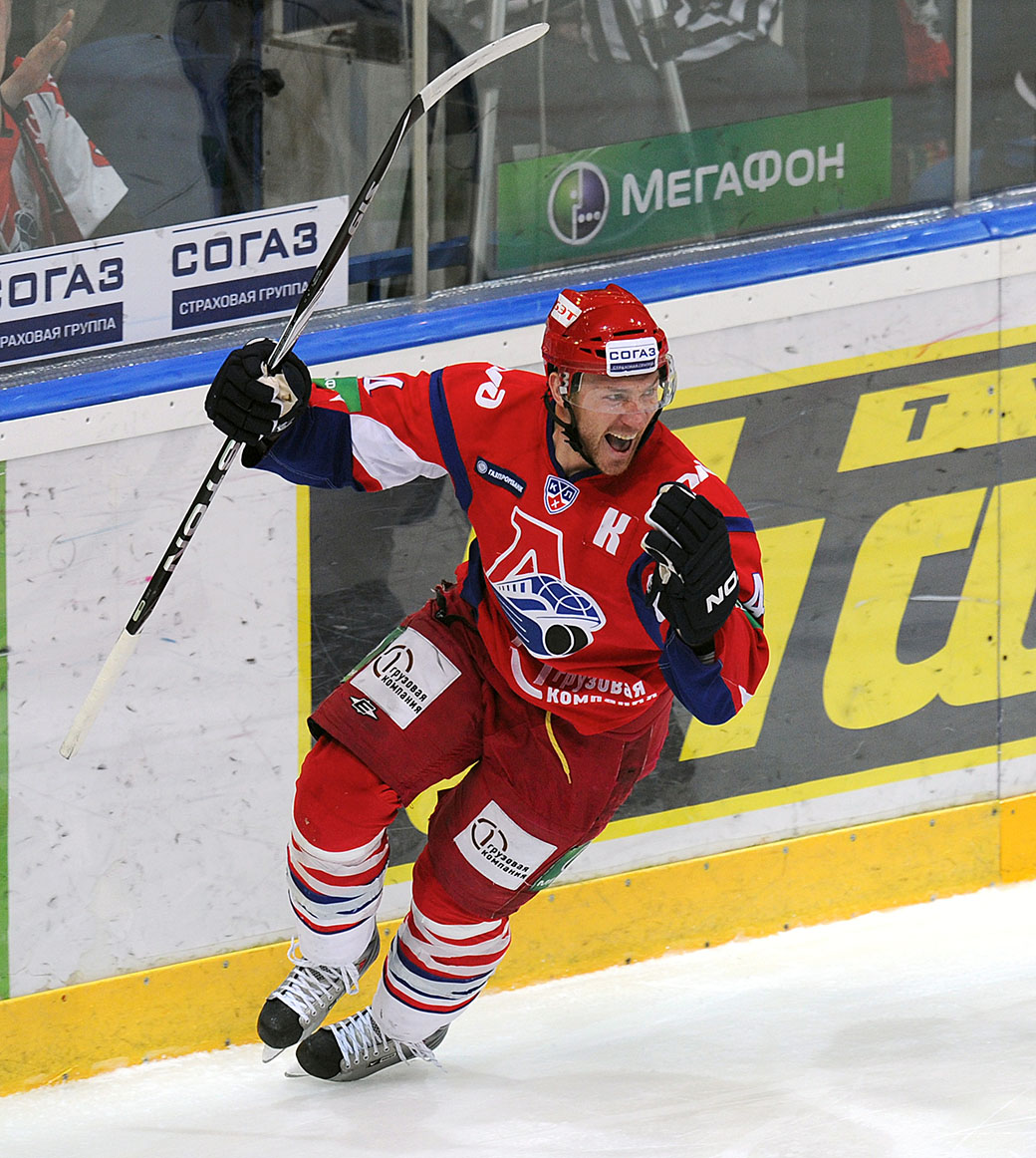 No import has played more games for Lokomotiv – and only Daniil Apalkov has played more in the KHL. Over the course of seven seasons in the league, the Swede has made a crunching impact on the Yaroslavl blue line. Brother of the hard-hitting NHLer Niklas Kronwall, Staffan brings the same uncompromising game to the KHL after his career in North America stalled: drafted by the Leafs he spent several seasons shuttling between the NHL and AHL, winning the Calder Cup but limited to just 66 outings in the big league. However, after joining Severstal in 2011/12, he quickly established himself as a big player in the KHL and got a move to Lokomotiv a year later as big league hockey returned to Yaroslavl. A potent force at both ends of the ice, he’s scored steadily throughout his career: he’s been Loko’s top-scoring D-man in six of his seven seasons, while his most productive campaign – 2017/18 – saw him tally 38 (12+26) points to lead the team in scoring. That adds up to the club’s top-scoring blue liner and it third highest scorer overall. The Swede has also earned two All-Star calls and won the Gentleman on Ice award in 2016. Kronwall, 36, is set to remain at Lokomotiv for the coming season and is captain the team for the fifth year in a row. 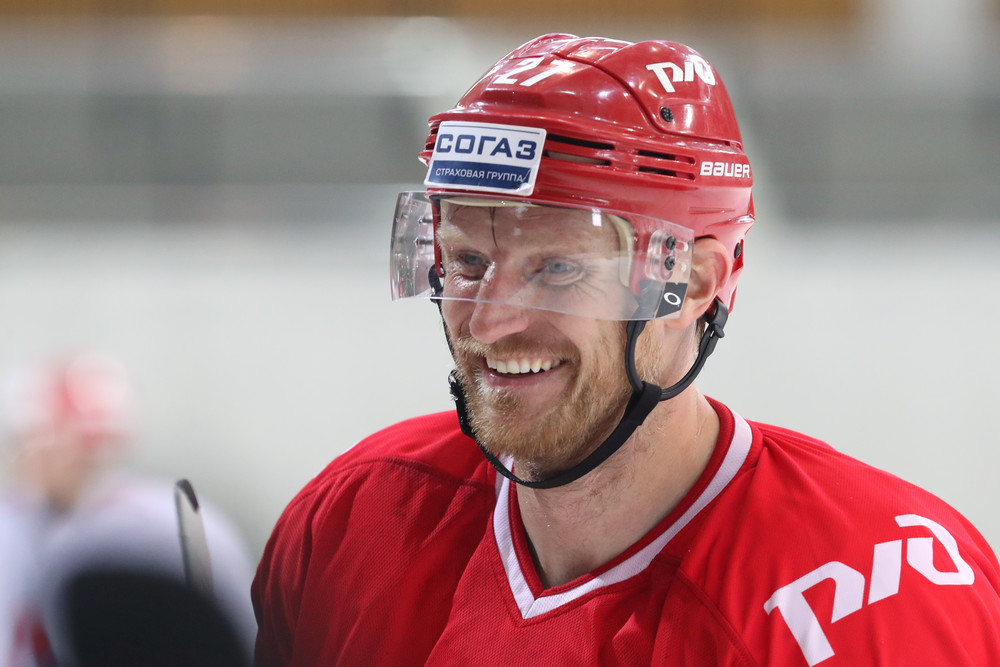 In the KHL’s first season, Lokomotiv was a dominant force. The Railwaymen made tracks to the Gagarin Cup Final and took Ak Bars to seven games before losing out. Czech forward Josef Vasicek was a big part of that success, with 15 points in 19 playoff games in that first season. Vasicek’s pedigree was clear before he arrived: he came with close to 500 NHL appearances on his resume and had helped Carolina to reach two Stanley Cup finals, although his opportunities were curtailed by a serious knee injury in the victorious 2005/06 campaign. Once in Russia, his scoring improved year on year: 32 points in his first regular season, as he acclimatized to the bigger ice, 44 in his second and 55 in his third, followed by 22 (7+15) in 18 playoff appearances. That tally set a record for post-season scoring in the KHL. Sadly, Vasicek never got the chance to continue that upward spiral and – perhaps – lift the Gagarin Cup. He returned for a fourth season with Lokomotiv and was killed in the 2011 plane crash. 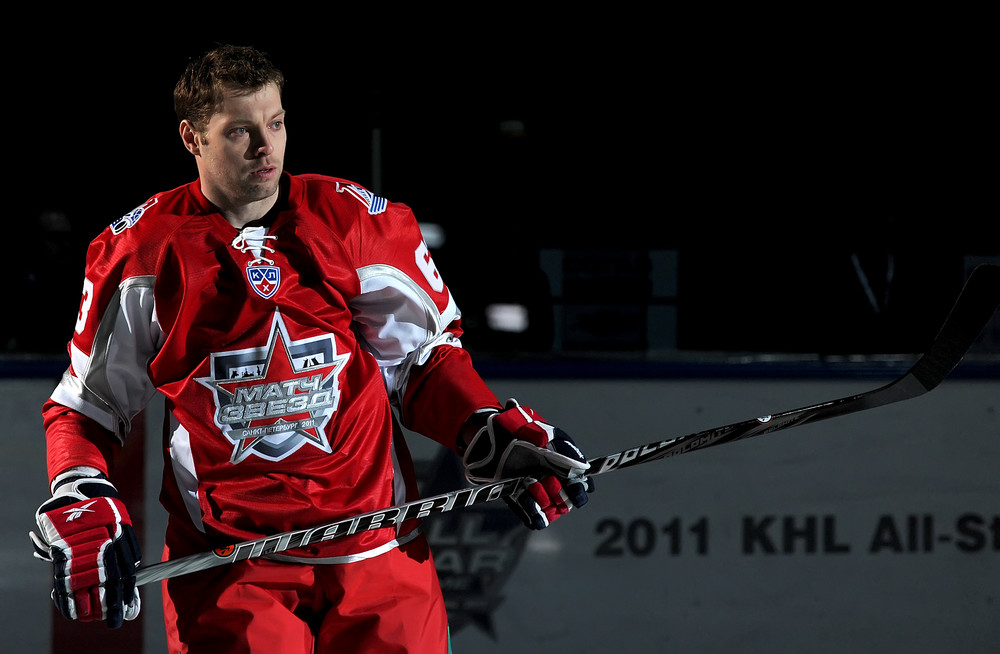 Tough, hardworking, uncompromising – Finnish center Petri Kontiola’s work-rate always endears him to fans and team-mates alike. So, over five seasons in Yaroslavl, he made plenty of friends among the Lokomotiv ranks. True, he didn’t bring the kind of flash and dash that fills up the highlight reels, nor was he astonishingly prolific (his sixth place in Loko’s KHL scoring charts owes something to his longevity as well as to his goal-getting instincts). Instead, he produced the kind of battling qualities and nuisance value around the opposition net that can open up the game for his team-mates. Blessed with a fine hockey intelligence, his time at Lokomotiv also saw him go to the 2018 Olympics, where he had six points in five games for Finland but was unable to add to his bronze medal from 2014. Kontiola joined Loko from the Toronto Marlies, having earned a shot at North America after his success with Traktor. Last season brought his time in Yaroslavl to an end, with the 34-year-old opting to head home and join Jokerit for the coming campaign. 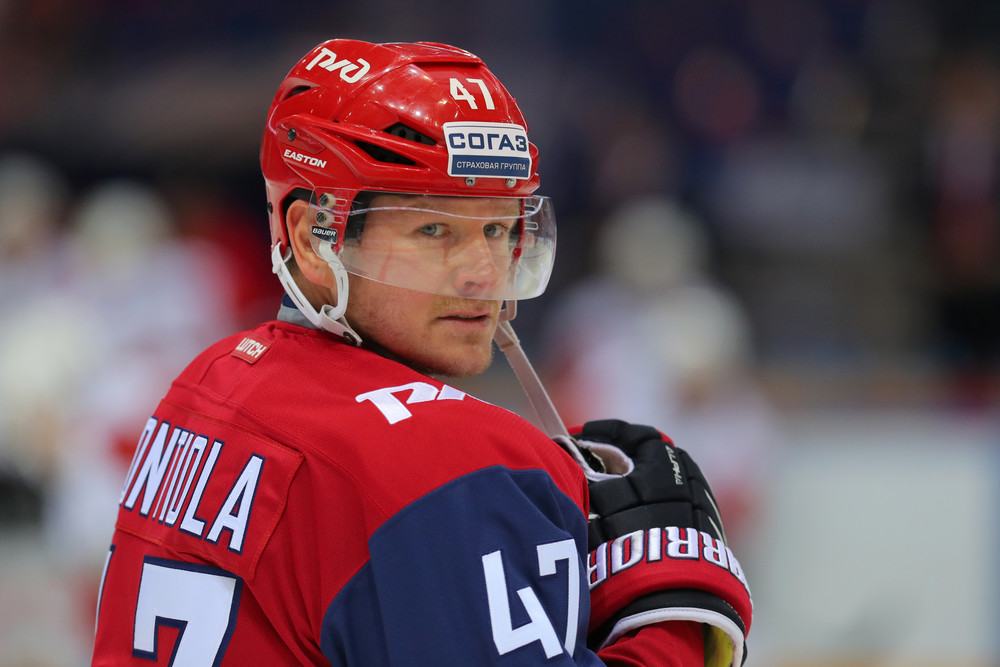 A player who oozes offense, Brandon Kozun’s three seasons in Yaroslavl saw the winger pile up the points and earn an unexpected call-up to the Olympics, where he helped Canada to bronze in PyeongChang. The California-born forward (he adopted Canada as his hockey homeland following his family’s move to Calgary when he was a schoolboy) came to Yaroslavl after a successful season with Jokerit and made an immediate impact with 56 points in 59 regular-season games. That was followed by a point-a-game playoff run, with two goals and 12 helpers in 14 outings as Loko surprised CSKA before crashing out in the Western Conference final against eventual champion SKA. Brandon never quite rediscovered that level of scoring, but his three campaigns in the red jersey pushed him to fifth on the club’s KHL all-time charts. At the end of last season, as a free agent, he moved to Metallurg Magnitogorsk. 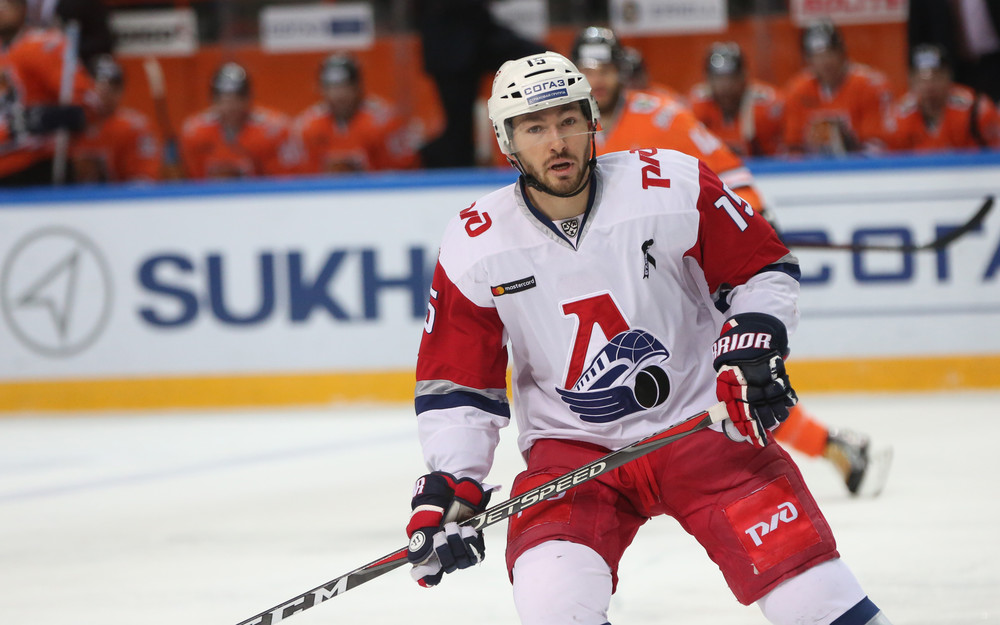