In our latest look at the young talents emerging in the KHL, we tell the story of Lokomotiv’s Daniil Misyul – a blue liner with the instincts of a forward.

Daniil Misyul start in the game had much to do with his older brother, Oleg, also a hockey player. As a junior, Oleg joined Lokomotiv and the whole family moved with him from Minsk to Yaroslavl.

“I started putting skates on when I was about four,” Daniil recalled. “But I wasn’t really skating, just wobbling and falling over! Everything changed when I was seven and we moved to Russia. Within six months I was ready to join the Lokomotiv hockey school.”

“One time, the coach tried to put me on defense but I kept joining the rushes and not getting back,” Daniil added. “I kept scoring goals for the team so at the age of 10 they finally decided to use me purely as a forward.”

However, when he was 12 Misyul’s form slumped. His scoring dried up and coach Ivan Vydryakov, who had worked with the team since it enrolled at Lokomotiv, suggested moving the youngster to the blue line.

“Somehow, he had lost a bit of speed, a bit of edge,” Vydryakov explained. “At first, Daniil refused – he wanted to be a forward. It was important not to force him, not simply to give him a new position by order. That wouldn’t do any good. Slowly and carefully we explained to him the reasons why he would be better suited to defense. We showed him that in attacking positions, the forwards needed a fourth player and Daniil would have that role. He’s a smart guy, he worked it out.”

And so, within a couple of years, Daniil accepted his coach’s ideas and began to play full-time as a defenseman. However, the legacy of those years as a forward took some time to overcome.

“We got to the final of the All-Russian Championship and they still had me listed as a forward,” smiled Daniil. “But I was already used to that.” 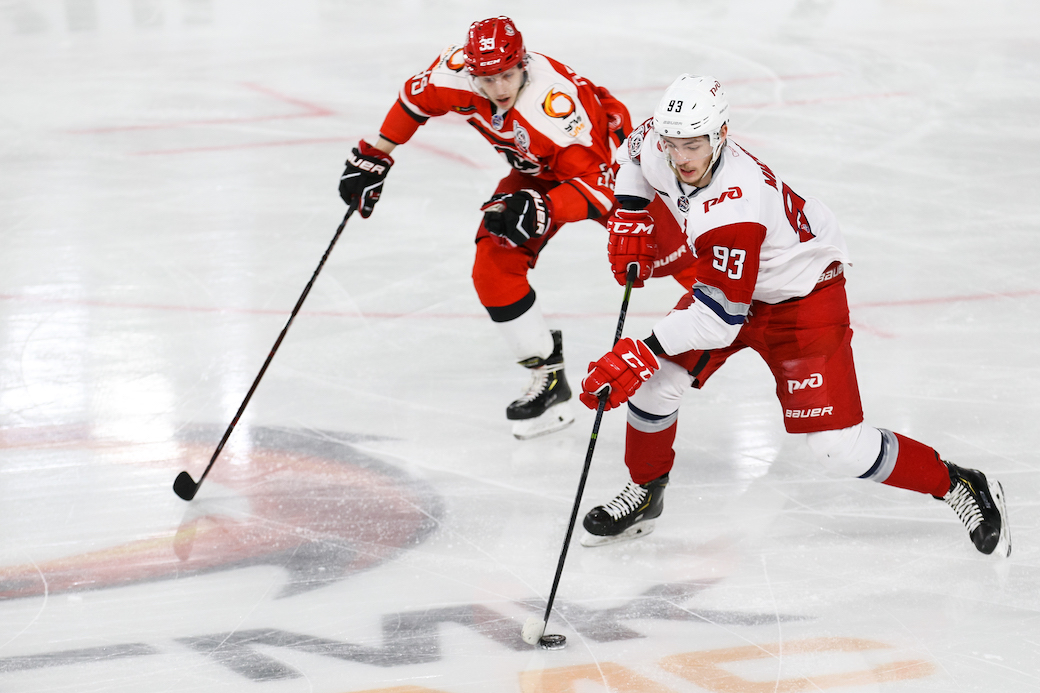 Misyul’s progress as a defenseman was impressive enough to attract the attention of the Russian national program. After just 18 months as a D-man, Misyul was called up for Russia’s U17s. In 2016 he played more than 10 times in various tournaments and he went on to represent his country in the World U18s in 2018.

“We managed to preserve his offensive instincts and steadily improve his decision making at the other end of the ice,” said Vydryakov. “In his style, Daniil was always more of a defenseman than a forward. In time, it all came together and we started to see rapid progress.”

Many of the current crop of young prospects breaking into the KHL were born in 2000 and took part in that U18s championship in Magnitogorsk and Chelyabinsk. However, despite home ice advantage, Russia missed out on the medals after a heavy 1-5 loss to the USA in the quarter-finals.

“We’d lost several games to the Americans in other tournaments and when it came to the quarter-final we thought this was a great chance to get revenge,” Daniil said. “After two periods the scores were level and at the start of the third we got a power play but allowed a goal after just 10 seconds. That threw us off our game and I don’t really like to think about what happened after that.” 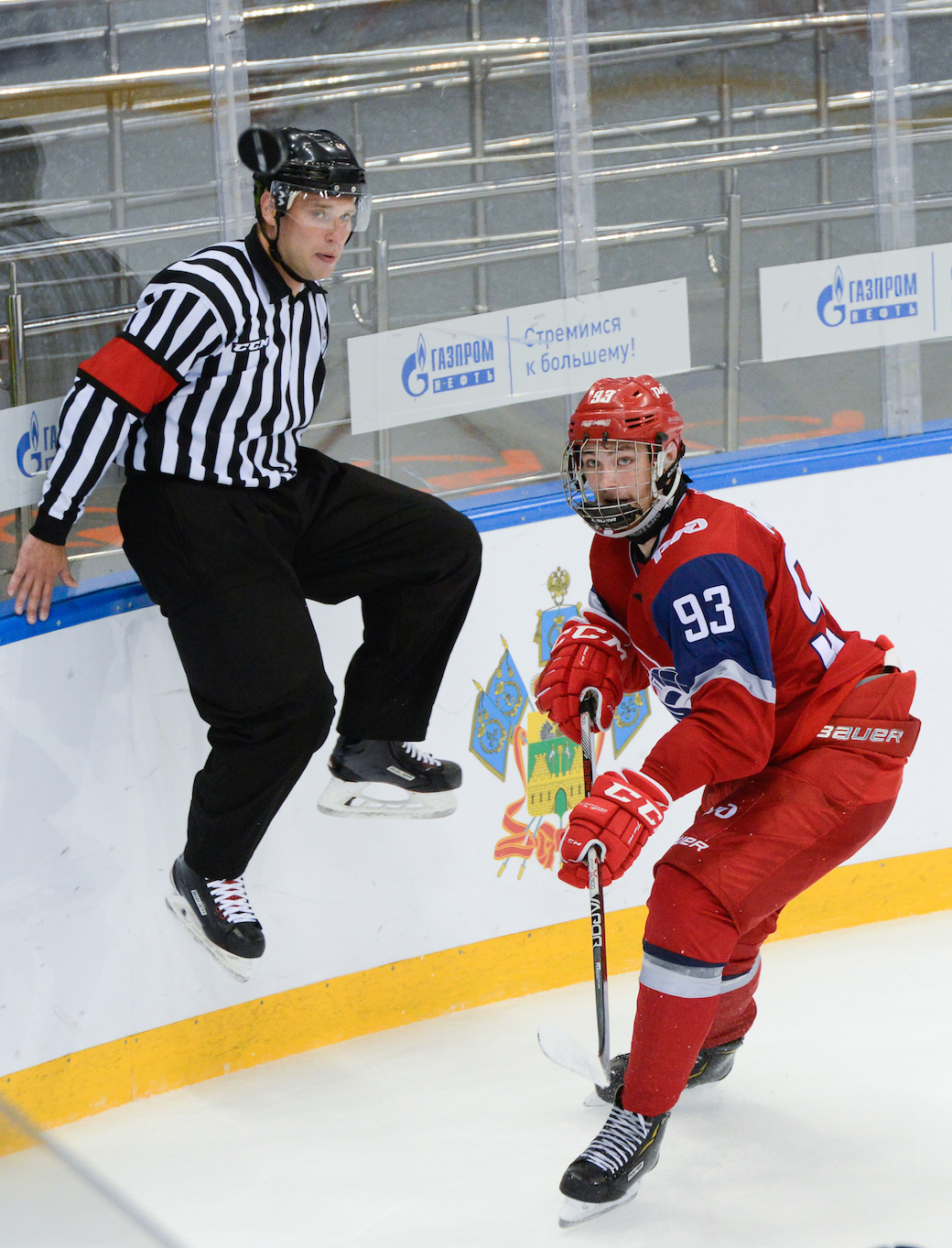 It’s not at all unusual to see promising youngsters move directly from their clubs’ academies to a place in the Junior Hockey League. Daniil also had a brief spell in the second tier of the JHL, playing for Loko-Junior who called him up when he was just 16. In 25 games he had seven points – and 63 PIMs.

“I’m not a dirty player, almost all of those penalties were for fighting,” Misyul explained. “I’m always prepared to stand up for my team-mates. The fights usually started when an opponent attacked our goalie after he had closed the puck.

“Overall, this was a valuable step on my journey towards pro hockey. I was playing against older guys, the game was faster than in the hockey school. But it doesn’t feel like such a colossal difference and I fairly quickly adapted to that game.”

Misyul’s debut in the JHL proper came within a year and in his first season he helped Loko win the championship. However, he only featured in six playoff games: after the second round, Daniil joined up with Russia’s juniors.

Last season saw Daniil get his call to the Lokomotiv senior team and make his KHL debut. Afterward the international break in February, Lokomotiv had a road trip and Misyul went with the team. The day before the Railwaymen played in Minsk he got the message: ‘get ready’. By a happy twist of fate, Daniil would make his debut in his home town.

“It was such a great feeling,” he said. “As we went through town to the arena I was looking out of the window and I recognized everything around me: the streets, the buildings, everything I could remember from my childhood.”

Misyul’s debut brought 22 shifts, a +1 rating and a Loko win. And in his next game, this two-way defenseman opened his KHL account with an assist midway through the third period to help Lokomotiv force overtime.

But the best was yet to come as the playoffs got underway. After potting his first ever KHL goal against Sochi there were no more questions about whether Misyul was ready. He went on to play four games in the Western Conference semi-final against SKA.

“That first goal went to a review. It was a weird feeling, knowing that I’d scored my first goal but that it might get whistled off,” Misyul said. “I spoke with Zhora Ivanov, who told me not to worry, everything was fine, nobody had broken the rules. But my heart was still pounding, and I could only calm down when the referee pointed to the center spot.”

That puck now occupies pride of place in the Misyul family home. But there’s also a reminder of what the future might bring. Next to Daniil’s trophy cabinet is a similar collection of prizes won by his older brother. Oleg has more trophies on display – at least for now. 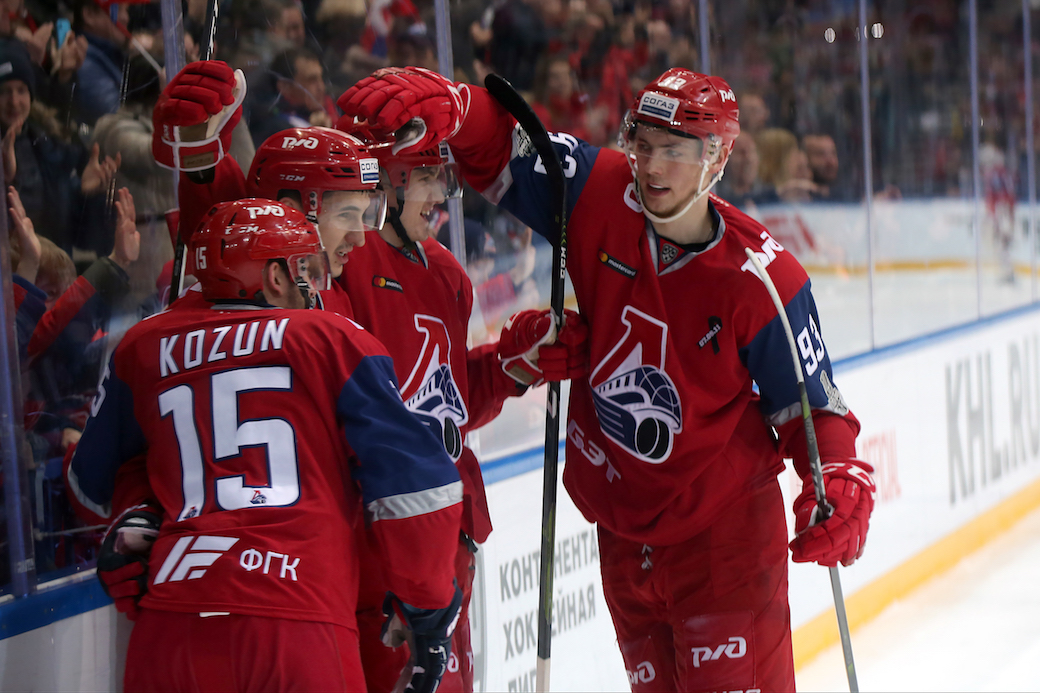