From record-breaking forwards to loyal defensemen, the Finnish KHL franchise built a solid team where imports are an important part of the mechanism. Here are five of the best to hit the ice of the Hartwall Arena for the home crowd.

Danish players played a key role for Jokerit since their first KHL season, and they keep on doing so. Blueliner Jesper Jensen played a whopping 201 games with the Finnish team – only two other players had more games than him, one of them being Finnish forward Jesse Joensuu. The veteran defenseman is a fixed feature also on the international stage – Jensen amassed a whopping 78 games at the IIHF World Championship representing Denmark. However, the reliable defenseman this offseason decided to get closer to home and signed a two-year deal with Malmo in the Swedish Hockey League. 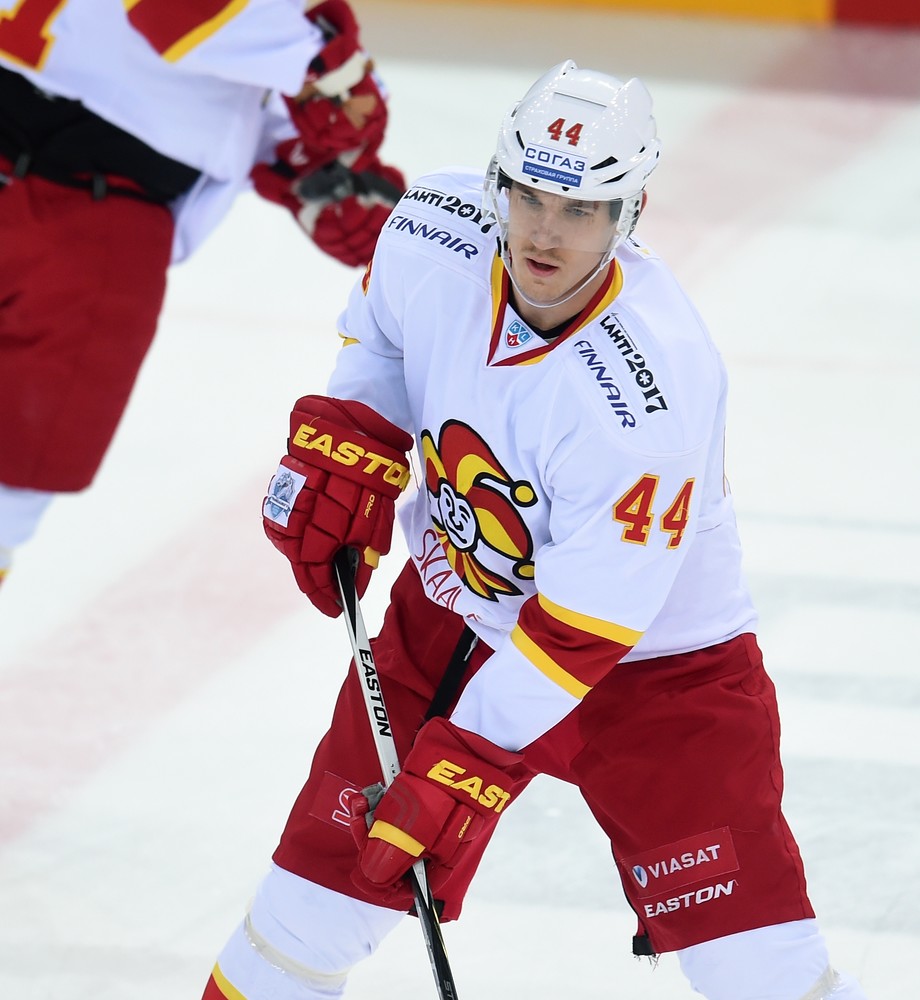 The American forward is a legend in Helsinki and with good reason. Not only did he play with Jokerit even before the team joined the KHL, but he led the whole tournament with 36 goals in the Finnish franchise’s inaugural season in the League. His performance set a new KHL record as Steve Moses surpassed Mozyakin and is 35-goal performance in 2012-13. Mozyakin will eventually defeat Moses’ record in his record-breaking 2016-17 campaign, with 48 goals – a record that is destined to last long. That season, the forward moved on and represented the USA at the 2015 IIHF World Championship in the Czech Republic, helping his team to get back home with a bronze medal. In that offseason, Steve signed in the NHL, but he didn’t make the cut with the Predators, playing in the AHL instead. After a few months, he got back to the KHL signing with SKA St. Petersburg, where he couldn’t find his groove again and scored only 13 goals in two injury-plagued seasons. After another short stint in North America, Moses signed back with his former team in Helsinki in December 2017. The speedy forward is under contract for a further season, and he is looking forward a good jump forward in the all-time goal-scoring list after last year’s promising 15 goals. 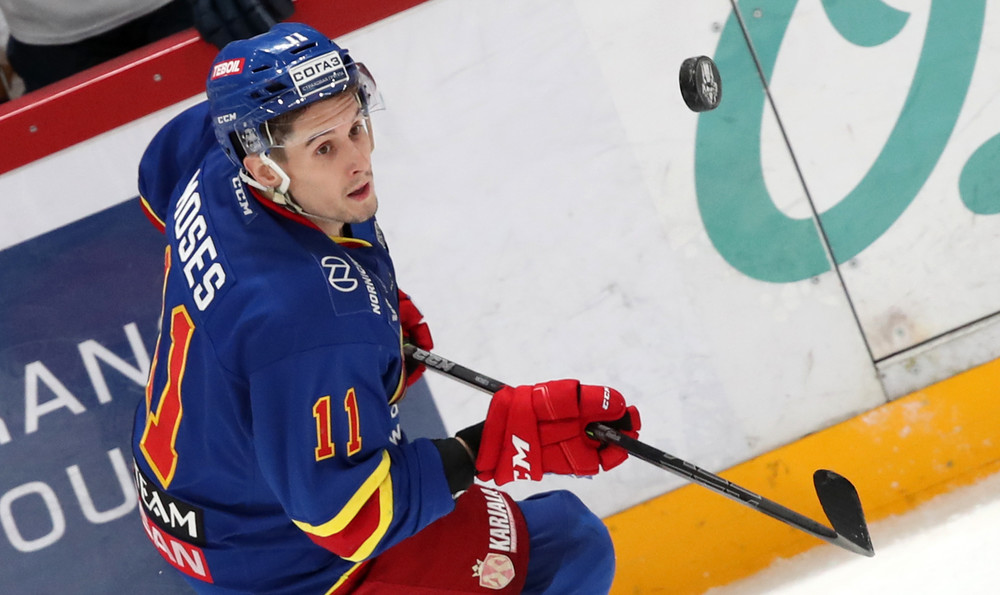 Yet another Dane in this list, Peter Regin is one of the longest-serving captains in the whole league, as well as Jokerit’s KHL top scorer of all times. The Dane center was yet another proof that the KHL can be a valuable alternative to play in North America also for well-established players who don’t have the luxury of having such a high-caliber league at home. Peter made a name for himself in the league as a fine playmaker with a great eye for the pass, posting two back-to-back seasons with at least 30 assists in his first two years in the League. After 2017, Regin slowed down a bit in his production and injuries prevented him from showing his best game, but he’s still a fantastic two-way talent with an excellent eye for the right passing line and an inspired leader capable of serving as a captain not only for Jokerit but also for his national team. The native of Herning played 57 games for Denmark in nine IIHF World Championships. 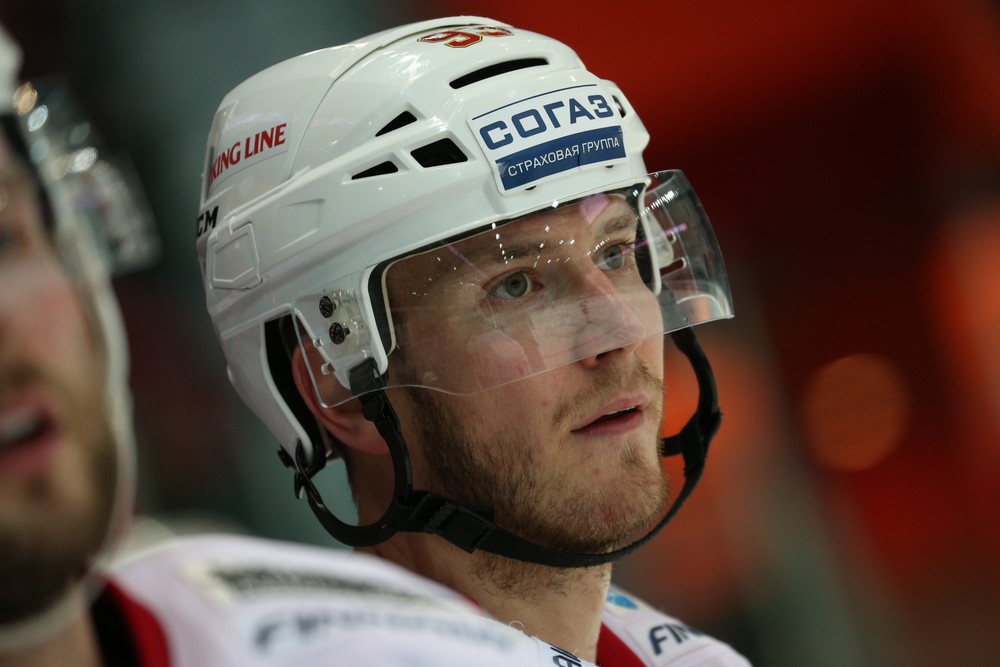 Danes love Jokerit, and Jokerit loves Danes. At times, it looks like it’s enough for Jokerit to sign a player called Niklas Jensen for instant success! And – while not present in this list – other Dane players were nothing short of excellent for Jokerit, like Oliver Lauridsen, one of the toughest defensemen in the Western Conference, and Philip Larsen, now with Salavat Yulaev. And it’s interesting to note that Jokerit had to move the rights on Larsen to the Bashkir capital to secure Jensen’s goal-scoring talent, as the forward was initially drafted in the KHL by Ufa in 2012. The trade was beneficial for both teams: the Green Jerseys gained a fantastic defenseman in his prime eager to show his best game after a so-so season with the Vancouver Canucks, while Jokerit gathered another great offensive weapon in Jensen. This season, the forward had a 12-game point streak and ended the season with 21 goals and 39 points. In March, the Dane sniper signed a one-year extension with Jokerit. The Western Conference goalies are now warned! 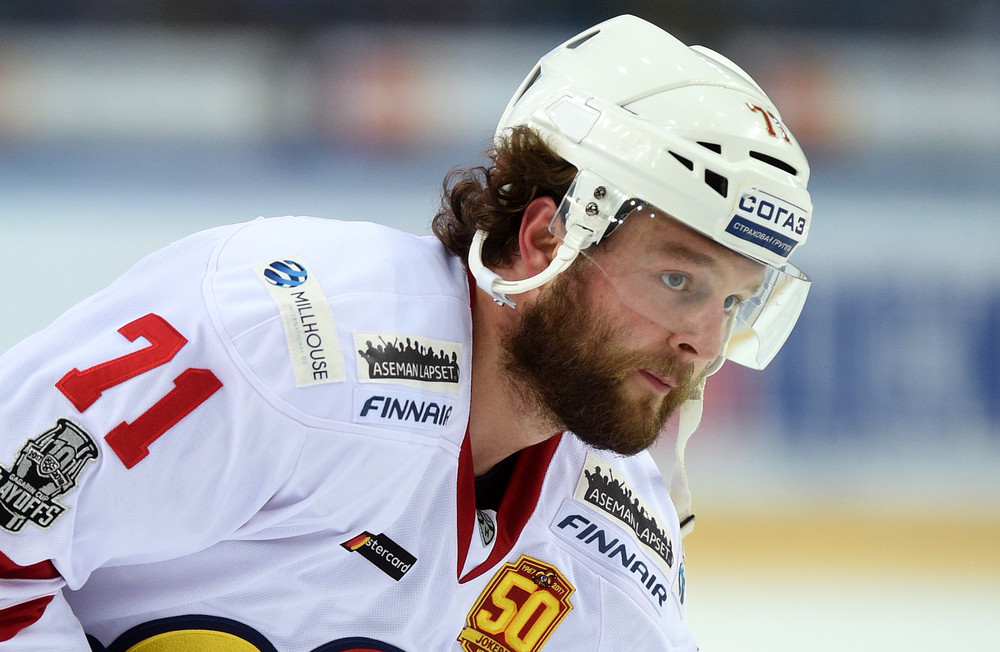 The veteran goalie first came to the KHL signing with Avangard Omsk in 2014, where he will play only six games during one of the worst-ever seasons for the last year’s Gagarin Cup finalists. During the offseason, the towering netminder moved closer to home and signed with Jokerit. In Helsinki, Henrik Karlsson quickly emerged as the team’s starting goalie playing a total of 84 games in two seasons, adding 15 playoff contests. In spite of playing several games with the Swedish national team during the season, he never made it to the IIHF WC level, and thus, when he signed with Barys one year later, he also gained Kazakhstan citizenship and was allowed to represent the team on the international stage, which he did for the first time in 2018. The veteran goalie posted seven shutouts with the Jokerit jersey. 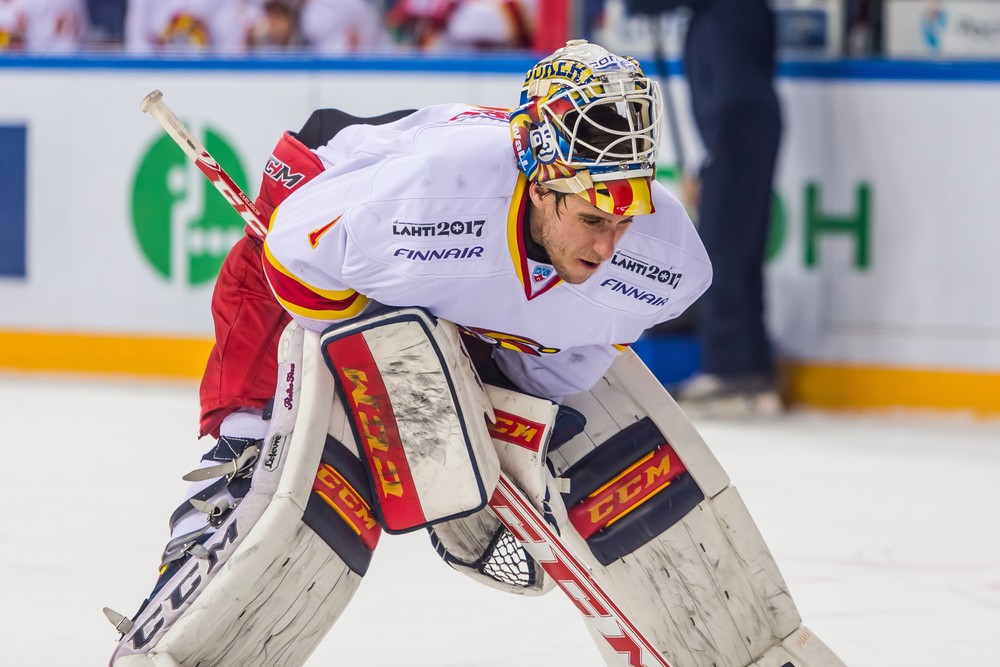