“The story about my first steps in hockey is quite funny,” Slepets begins. “I was attending kindergarten, and I saw a picture of one of my friends wearing his hockey equipment. So, I wanted to be a hockey player myself and asked my parents to get me playing. No one in my family was quite interested in hockey before.”

Kirill couldn’t even stay still on his skates, but that picture inspired him so much that he started catching up and surpassing his teammates. “Kirill got to my group, and we worked together for about five years,” says Slepets’ first coach Maxim Survilov. “You could already see the characteristics which his strong sides are today, as speed and determination. When Kirill started playing, we didn’t have a full 1999 team, and he had to play with older guys. Only later could I create a team for those of that age. By the way, there also played Matvei Zaseda and Vladislav Chervonenko.”

As a kid, Slepets and Zaseda were the true leaders of their team. Kirill’s leadership skills emerged, even more, when Zaseda picked up a severe injury, and he had to take the team on his shoulders. He consequently started wearing the ‘C.’

In 2009, Suvrilov was appointed as a coach in Yaroslavl and moved there an entire unit. However, Slepets wasn’t among them at first. “Our team moved to Yaroslavl to have try-outs, but I didn’t go there,” Kirill recalls. “However, the next year I finally decided to move there as the team really wanted to see me.” Lokomotiv was ready to adopt Kirill. There was a problem, though. Slepets’ family lived in Khabarovsk. But they were prepared to support their son’s dream and weren’t scared to cross the country to settle in Yaroslavl. Lokomotiv found them a flat where Kirill and his mom could live close to the rink.

Slepets quickly became a leader for Lokomotiv as well, often scoring more than a point per game. His best season in kids’ hockey was probably the 2013-14 campaign, where he scored 30 (9+21) points in only 11 games in the Moscow Championship. 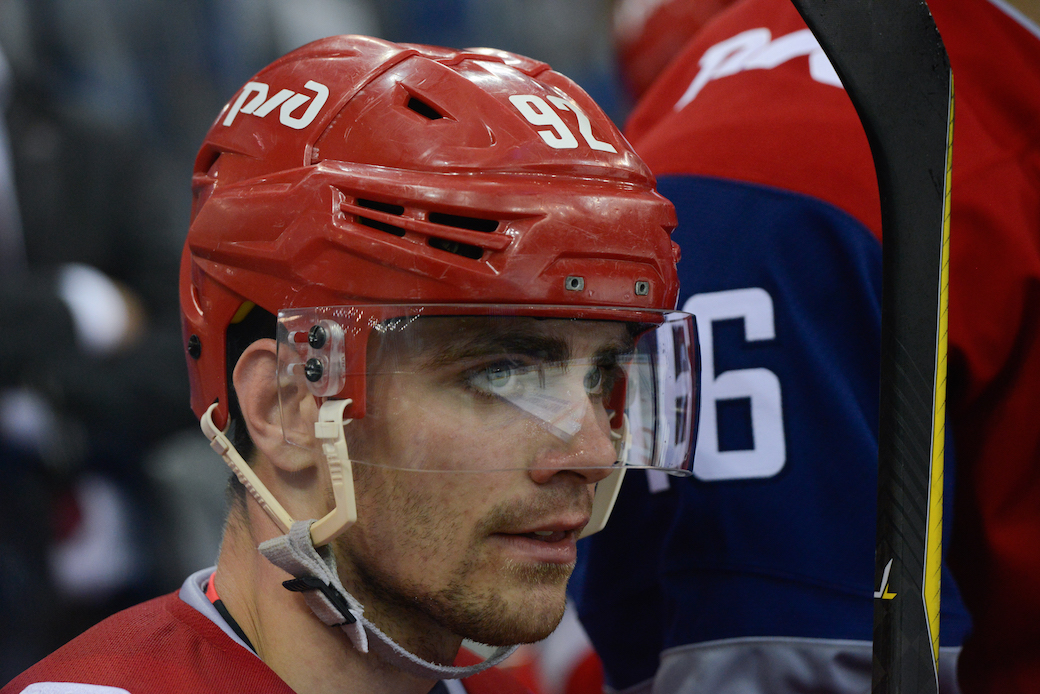 Slepets had his JHL debut at age 16. The talented forward was called to the Team Russia U18 project. “Pro hockey is so much different,” Kirill explains. “For example, your role on the ice. However, I didn’t struggle with moving up from kids’ hockey.” In his debut season, Slepets produced 16 points, including 12 goals. In the next JHL season, his production went up, with 18 (8+10) points for Loko Yaroslavl.

But Slepets had a real jump forward in the 2017-18 JHL season, where he scored 33 (19+14) points in 49 regular season games. In that same season, Kirill had his debut in the VHL with HK Ryazan. “It’s not a secret that the junior national team’s coaches mostly follow the players who play in the KHL and in the VHL,” the forward says. “For this reason, Lokomotiv decided to help other players and me and let us play in the VHL.” 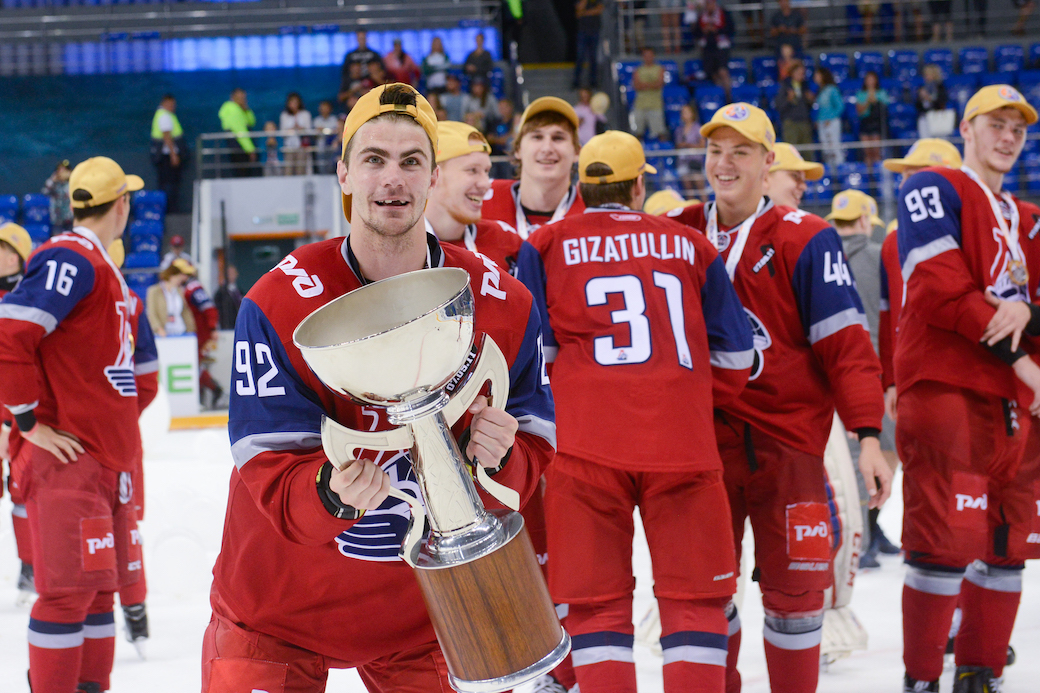 Gaining the national teams’ selectors attention was just a matter of time for Kirill. He had his debut with Team Russia aged only 15. He played his first game at the World Championship level in 2017, when he helped the U18 junior national team getting back home with a bronze medal. In the round robin, the Russians defeated an excellent Swedish team but surrendered to Team USA with a heart-breaking 4-5 final score. After a hard-fought win over the hosts, Slovakia, at the quarterfinals, Team Russia was just one goal to the finals, losing the semifinals 2-1 in OT against Team Finland.

“I love playing for the national team,” Kirill admits. “First of all, wearing the uniform of my country is an honor. Secondly, I always play well with the national team. Even if it was my first World Championship, I almost didn’t worry at all and started delivering quite fast.”

One year and a half later, Kirill had another strong showing with the junior national team in the WJC preparation stage, with nine points in 15 games. The 2019 WJC is still fresh on the fans’ memories, when the Russians won their group in the round robin stage, even defeating Team Canada. In the semifinals, the team led by Valery Bragin lost to Team USA at the semifinals. Kirill was one of the best for the Russians, having amassed 7 (5+2) points. Only Philipp Kurashev from Team Switzerland scored more goals than him. 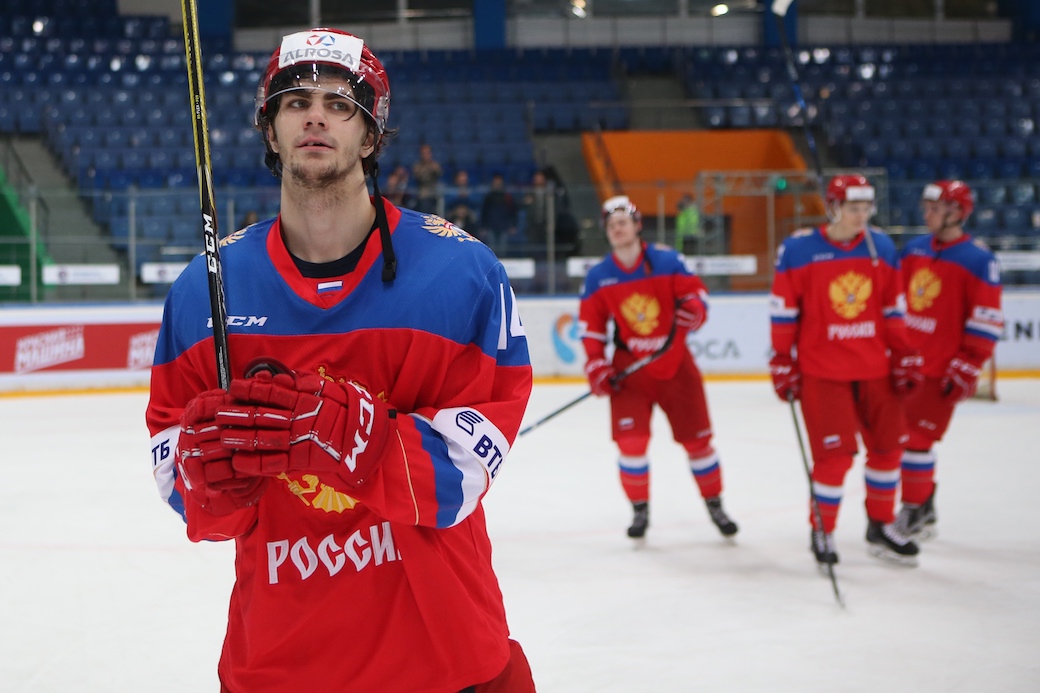 Slepets started the 2018-19 season with Lokomotiv, and in September he had his KHL debut. On September 15, Lokomotiv faced Severstal at home, and Kirill played his first game with the Lokomotiv jersey.

“I think that I played well,” Slepets recalls his first KHL game. “We won 4-1, but my stats weren’t the best as I finished the game being minus-1. That figure persecuted me for a long time as in the next three games I again earned a minus-1. Our head coach Dmitry Kvartalnov tried to help and show how to play.”

He returned to Lokomotiv’s roster only at the end of November, starting in Kazan, when the team lost 3-5. In that series, Slepets only had a couple of shifts a night, and then was again out of the roster.

The young forward had yet another chance right after the WJC in January. “I started playing much better, and I got two or three scoring chances a night,” Slepets says. “However, I could score only once. As ironic as it sounds, I scored my first goal in the KHL during a road trip to the Far East. I was pretty much at home. We had a two-on-one breakaway, and I got a pass right in front of the goal. I had a direct opening in front, I only needed to coordinate and be strong on my stick.” His goal against Avangard was the game-winning one for Lokomotiv. That puck has a special place in his collection. However, his personal museum doesn’t feature the puck with which he scored his first JHL goal. “I forgot about it,” Slepets admits.

What he didn’t forget is his first coach. Kirill Slepets’ career joins two far-apart cities in Yaroslavl and Khabarovsk. His first coach Maxim Survilov keeps on working at Lokomotiv and lives close to the team’s headquarters, where also Kirill has settled. “We stumble upon each other quite often,” the coach explains. “Sometimes I give him a rating for his games, I try to explain him something. He plays for Lokomotiv and the national junior team, but he keeps on accurately listening to me. I think that it’s great.” 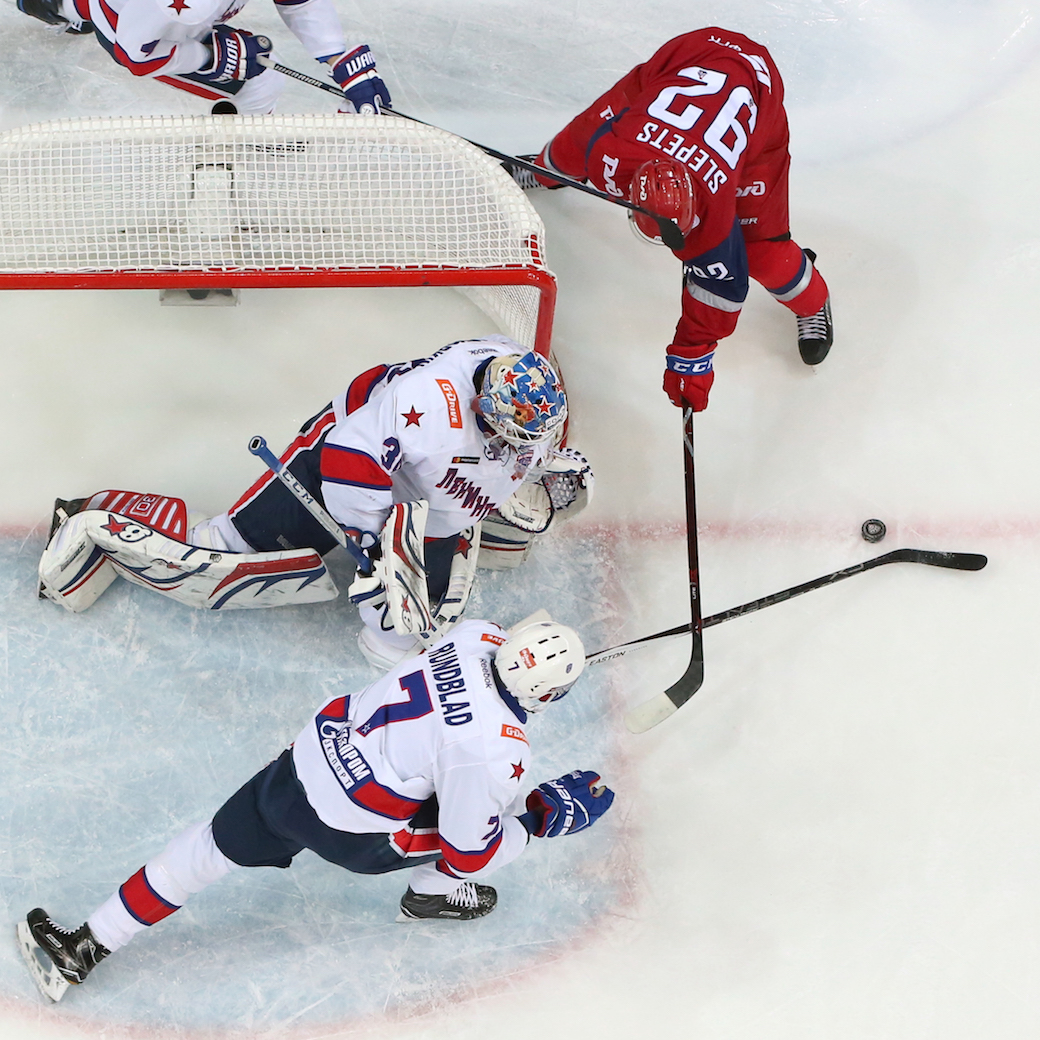