One of the most respected Russian hockey players will keep on playing for at least another season. He was supposed to retire one year ago, but then he signed a new, one-year contract with Ak Bars. And now it was time for him to leave Kazan. The center can write another page in his career as he signed with Lokomotiv. Alexander Svitov almost stopped fighting, scores about ten points a season, but he remains a massive authority in the locker room. In Yaroslavl, where they already have a seasoned captain in Staffan Kronwall, even more leadership won’t hurt. Svitov will be the ideal connection between the players and the new coach, Craig McTavish. 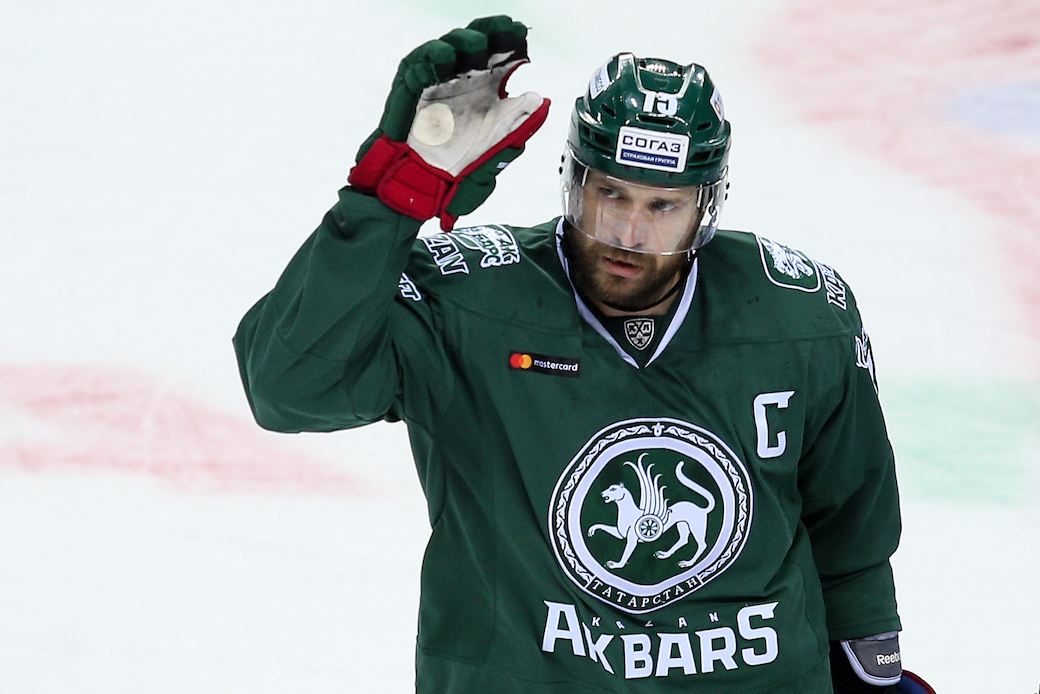 Denis Kokarev. From Vityaz to Spartak

Spartak keeps on signing players from the 30+ category. However, the latest acquisition is more interesting than others. Denis Kokarev served as Vityaz’s captain last year, and recently attended the Dynamo farm team’s presentation in Tver. Of course, he did that apparition in the quality of a local player who was still sitting on free agency. Kokarev is the first among Spartak’s newly signed players who can be called a man of Znarok. The veteran forward worked with his current coach at both HC MVD and Dynamo Moscow, winning together two Gagarin Cup titles. Moreover, Kokarev is the personification of Znarok’s hockey.

In two weeks, Kunlun formed their goalkeeping line, completely changing it from last year. After signing the American goalie Jeremy Smith, the Chinese franchise. The 27-years-old netminder never played abroad and has recently played his first IIHF World Championship in Bratislava. He couldn’t win the inner competition against Pavel Francouz, but he surrendered to Team Russia only after the shootout. With regards to his club career, in the seven seasons Hrubec played with Trinec, he won the Czech Extraliga title and was awarded MVP honors. Moreover, he was also the best players of the latest Champions Hockey League.

Kunlun wasn’t the only Chernyshev Division club to sign new goalies. Barys just made a move that can potentially be one of the best goalie acquisitions signing Edward Pasquale. Barys still has Dominik Hrachovina and Henrik Karlsson under contract, but they decided to step up and sign the veteran Canadian. Pasquale played three games in the NHL – all of them played last year. He was one of Andrei Vasilevsky’s backups, but even if he won two of these games, he failed to impress John Cooper. In the game he lost against the Montreal Canadiens, he had 41 saves. Of course, Pasquale mostly made a name for himself in the AHL. He moved to Nur-Sultan as the best goalie of that league. Two years ago, Pasquale and Evgeny Svechnikov won the Calder Cup with the Detroit Red Wings farm team. At age 28, Pasquale is in the ideal position for a new challenge.

Not long ago, before the rise of Artyom Manukyan, the most talented young players from Omsk were two kids called Dmitry, Zhukenov, and Sokolov. Being two very different players, they were among the leaders of the U17 national team. Both decided to move overseas, but while Sokolov is now playing for the Minnesota Wild farm team, Zhukenov had to get back to Russia. Dmitry tried to become a full-time Avangard player and also played in Khanty-Mansiysk and in the Czech Republic, but without much success. Last year, he finally moved to Novokuznetsk. Now, Dmitry will try to show Andrei Martemyanov that his league is the KHL and not the VHL.

Martin Bakos. From Sochi to Admiral

Admiral’s renounce to foreign players looked like a carnivorous trying to become a vegetarian. Most likely, the Sailors understood that they couldn’t actually do without foreigners last year already. This time around, they aren’t even thinking about any voluntary limit. Recently, Admiral’s new signing was Martin Bakos, who managed to play in the KHL for teams from Slovakia and China, ending the season on the shores of the Black Sea. Bakos even scored for Sochi in the Gagarin Cup playoffs. Now he will fight for the playoffs with another team. However, he just signed a try-out contract. 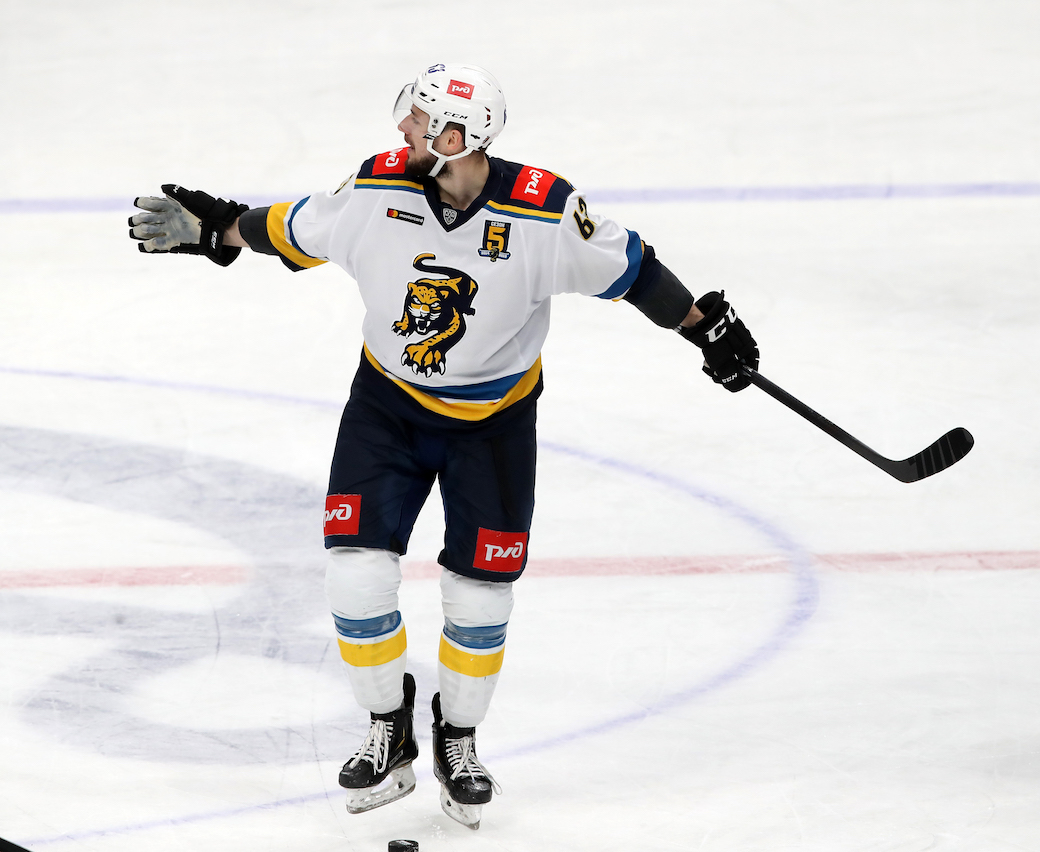 Dinamo Minsk suffered many losses this offseason, especially regarding domestic, Belarusian players. It was a severe loss for the Bisons to see Evgeny Lisovets signing with Salavat Yulaev and Kristian Khenkel moving to Kazan. However, there is also an opposite trend. After two years in Russia, Nikita Feoktistov decided to sign back home. The former Neman player started his career in his hometown, Grodno, and had his KHL debut with Admiral. 34 games with eight points meant a call to the national team for the 28-years-old Belarusian forward. This spring he was among those who helped Belarus to get back to the Elite division. Now, Feoktistov will have a chance to shine at home under the new duo on the bench of Woodcroft and Grabovsky.

Sometimes they come back. The native of Ufa, who managed to play for all the teams of the Salavat Yulaev system, will once again wear his hometown club’s uniform. Vladimir Sokhatsky spent the latest three seasons with Avtomobilist. In his first season there, he was the team’s starting option on the net, sharing games with Igor Ustinsky, but in the latest two seasons, he had not much to remember. What’s waiting for him in Ufa? Winning the competition against Juha Metsola is not a realistic option, but he can still fight with Andrei Kareyev for a backup spot. However, it’s not to be excluded that he will play with Salavat Yulaev’s farm team, Toros, with whom he won the VHL title twice.

For Mikael Wikstrand, Kazan is the first flag in Europe’s top league. The defenseman is known for his escape from Ottawa in 2015, after which he played his whole career at home. Playing in the SHL didn’t prevent Wikstrand to represent his country. With the Tre Kronor uniform, he won the IIHF WC gold medal last year in Copenhagen, Denmark. Farjestad didn’t want to lose its best defenseman, who not only was one of the best blueliners in the SHL, but also the team’s captain. In Ak Bars, he’ll hardly have the same honor, but he has all the tools to be as successful as Atte Ohtamaa two years ago.