Swedish defenseman Mikael Wikstrand, a World Champion in 2018, was the big trade of the week. The 25-year-old joins Ak Bars from Farjestad. Kunlun Red Star continues its rebuild with an emphasis on goaltending – vastly experienced coach Dusty Imoo is taking charge of the club’s netminders, and Czech international Simon Hrubec is among his new recruits.

Ak Bars completed the signing of a World Champion defenseman, with Sweden’s Mikael Wikstrand inking a two-year deal in Kazan. The 25-year-old was part of the world-beating Tre Kronor roster of 2018 and also represented his country at that year’s Olympics. This season, as captain of Farjestad, he helped the Karlstad club to top spot in the regular season before bowing out in the playoff semi-finals. In an SHL career that takes in 274 appearances for Frolunda and Farjestad, he’s picked up 115 (27+88) points, earning a reputation as a handy two-way D-man with the kind of booming shot that can trouble any goalie. After signing, Wikstrand told Ak Bars’ official website that fellow Swede Anton Lander had encouraged him to move to Kazan. “During the negotiations I spoke a lot with Anton and he only had good things to say about the club,” Wikstrand said. “It’s going to be interesting to play in the KHL, it’s a step forward in my career but I believe I’m ready for this.” 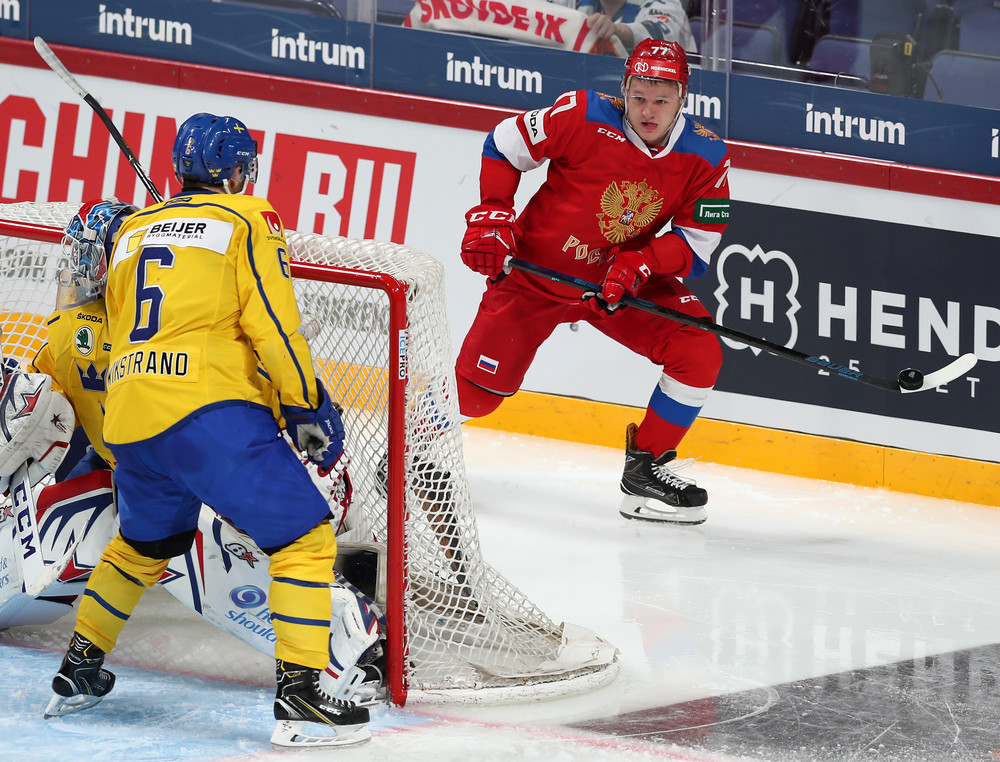 As Wikstrand arrives in Kazan, experienced forward Alexander Svitov moves on. Th 36-year-old was Ak Bars club captain last season, although injuries restricted him to just 28 games in the regular season. That didn’t worry Lokomotiv, though, with the Yaroslavl club quick to snap up the two-time Gagarin Cup winner to add some experience to the youthful roster under development beside the Volga. The former Columbus Blue Jackets center offers a sizeable physical presence and an understanding of the game that belies his relatively modest scoring stats in recent seasons. Joining a team stacked with emerging talent, Svitov’s role off the ice is likely to be as important as his contribution on it. 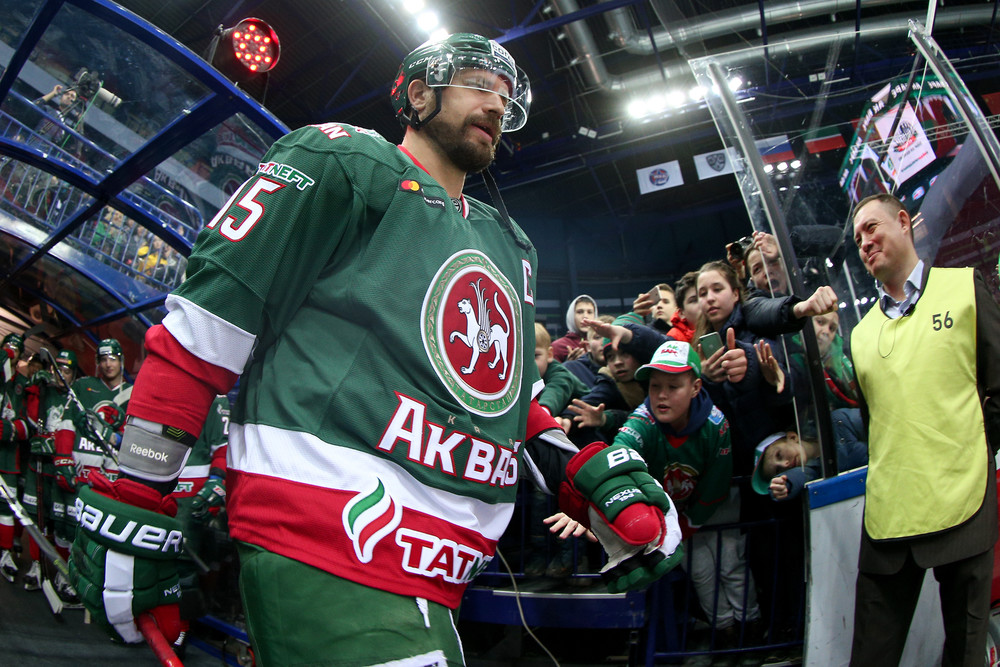 New look for goaltending in Beijing

Russian hockey fans got their first look at Czech goalie Simon Hrubec in Bratislava a couple of weeks ago. An unexpected starter in the bronze medal game at the World Championship, he produced a stellar performance to make 28 saves and take the game to a shoot-out. Russia eventually prevailed, but Hrubec made a big impression on that day. And, in distant China, someone was watching. The 27-year-old was offered a one-year deal with Kunlun Red Star and will be joining the Beijing club for the coming season. In the People’s Republic he’ll be part of a new-look goalie stable alongside Jeremy Smith, a veteran of AHL play looking for a chance to make a big-league impact. And, perhaps more importantly, incoming goalie coach Dusty Imoo will be responsible for what goes on between the piping. Imoo, who played for Japan at the 1998 Olympics, was most recently at the LA Kings and was widely credited with re-establishing some depth to the NHL team’s goaltending in recent years. 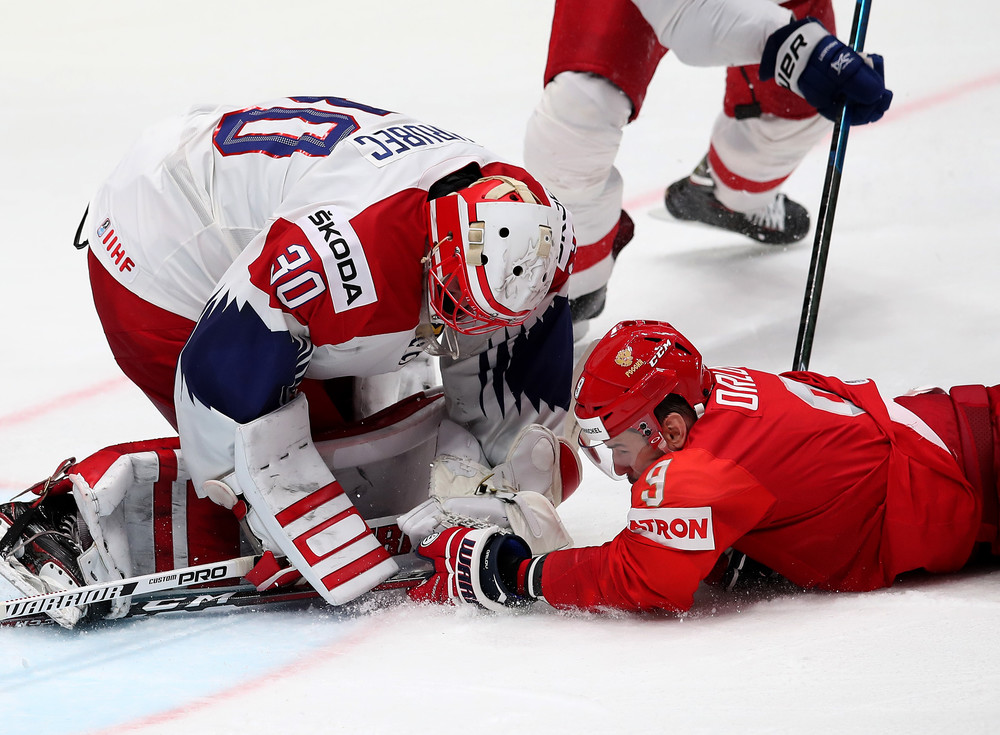 Ins and outs at Barys

Two significant trades involving Barys Nur-Sultan were confirmed during recent days. The Kazakh team secured the services of goalie Eddie Pasquale, but saw forward Andre Petersson move to Dynamo Moscow. Pasquale, 28, spent last season as part of the Lightning organization and made his NHL debut towards the end of the season. In total he has three outings in the big league but has played most of his career in the feeder leagues. His highlight was helping Grand Rapids to the AHL’s Calder Cup in 2017. Meanwhile, winger Petersson is on the move again, signing a one-year contract with Dynamo. The Swede has previously represented Sochi, Avangard and Barys and has scored consistently throughout that time. In total he has 197 (99+98) points in 251 KHL games. 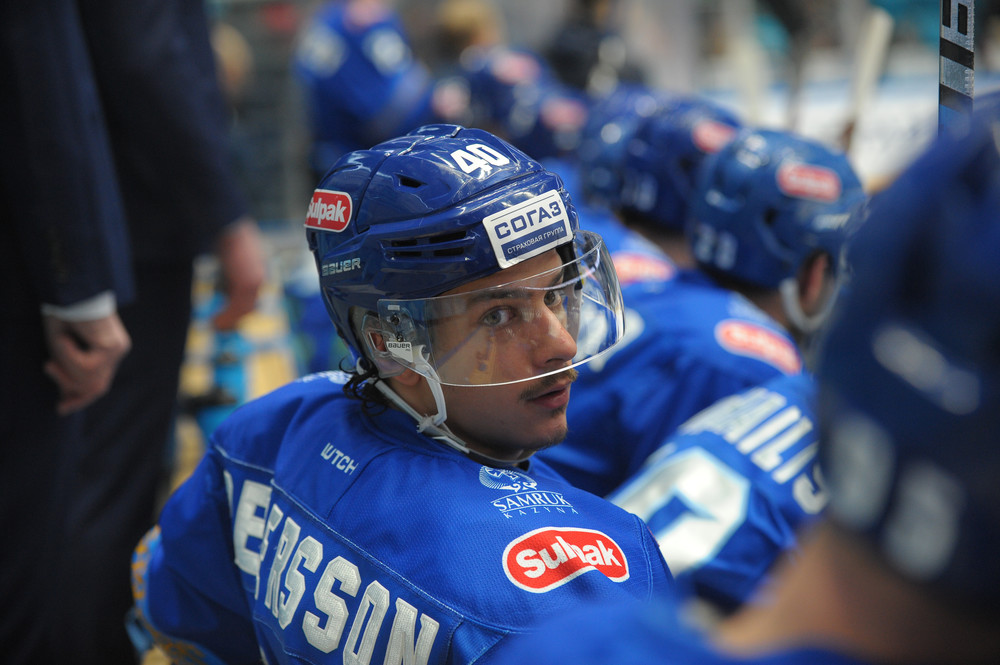