Today, KHL.ru introduces you to Dynamo’s center Vladislav Mikhailov, who at his 18 has already scored his first goal in the League.

Vladislav learned to skate when he was just three, and one year later his family decided to get him playing hockey. The Mikhailovs were living in the Leningradsky Boulevard district, this meant that they could choose between CSKA, Dynamo, and White Bears. The choice fell on the latter, but the fate organized other meetings between Vladislav and both CSKA and Dynamo.

“He was an excellent skater since the beginning,” notes Mikhailov’s first coach Vladimir Soldatov. “Organized play starts when guys are five, and Vlad loved hockey since the start. He never needed to be forced to practice. His attitude was impressive. A bit later, I had to split the players into roles. I never had a second thought, and I played Vlad as a forward right away. His skating, vision, and puck skill were at a high level, he was a formed forward already.”

Oddly enough, he started as a winger. Only when he was younger would his coach start playing him in the middle. When Mikhailov was 12 or 13, he scored in a season more than all the rest of the team combined. “However, he was always a team-first player,” Soldatov removes any doubt. “Simply, if needed, he’s ready to take his responsibilities and lead the team. He always tried to play for his partners first.”

That phenomenal season meant for Vladislav interest from the leading teams from the Russian capital. For a good reason, the White Bears are considered a real talent-creating machine: Nikita Kucherov and Nikita Gusev, among the others, started their careers in the Northern Moscow team.

“I remember that I was told that CSKA and Dynamo were interested in me,” Vladislav recalls. “I was following their KHL teams, I really loved also watching hockey. I remember that I was about 7-8 years old when I started attending Dynamo games. I didn’t feel overconfident because of that, quite the opposite. It was good stimuli to work even harder. I understood very well that my role in the new team would have been radically different than what I had with the White Bears. I was a bit unsure because of that.” 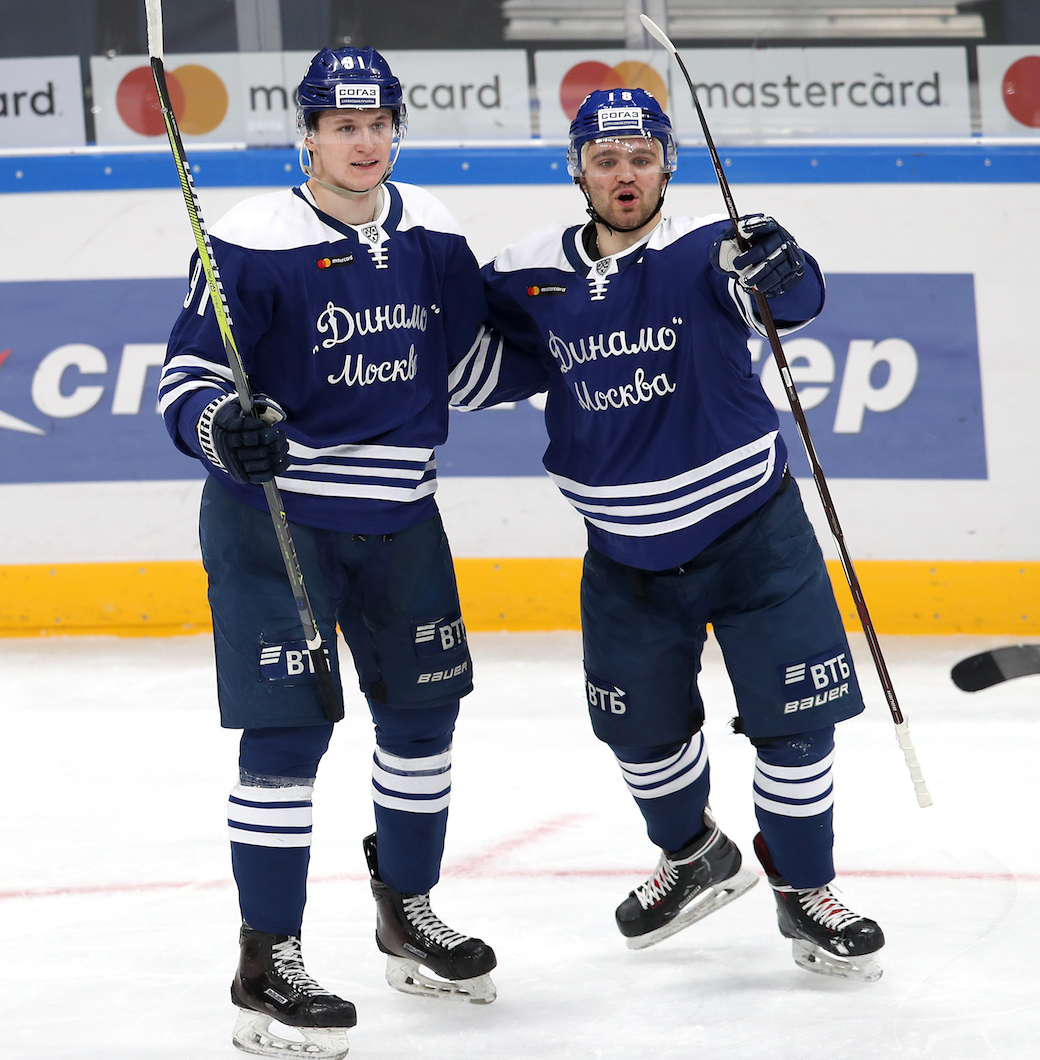 “We had a great first unit with the White Bears, and we tried to keep the players,” Soldatov is very proud of his players. “Sometimes we were able to defeat the leaders, and often CSKA called our players to the Moscow Championship. Both CSKA and Dynamo laid eyes on Vlad, but we didn’t give him up right away. We wanted to wait until the right moment. Vladislav has two very adequate parents who also thought that there was no rush in moving him.”

Somewhat ironically, Mikhailov moved to CSKA first. In the Russian Championship finals, Vlad played five games with them, scoring 3 (1+2) points. However, he soon moved to Dynamo. “I was 14, and it was the time to make choices,” says Mikhailov. “After consulting with my parents and my coaches, we picked Dynamo.” Vladislav’s coach said that he thought that he would get more trust within the Dynamo system, and he was right.

One year and a half later, Mikhailov spent the preseason with the JHL team. At the end of August, Vladislav was the only player of his age to make the roster. “At the end of the camp we weren’t said anything,” Mikhailov recalls. “Such trust was very pleasant. We then moved to the baza in Balashikha. Yes, I was often far from home, but I still could see my parents on the weekends. They could also visit my home games. Getting to Balashikha is a one hour and a half or two-hour trip.”

In his first season in the JHL, the young forward scored 8 (2+6) points in 40 games. He keeps at home the puck with which he scored his first pro hockey goal against Krylya Sovetov. “However, I try not to think about the fact that I have a trophy room at home,” Mikhailov shares his secret. “This helps me in not relaxing too much, work more to win even more titles.” 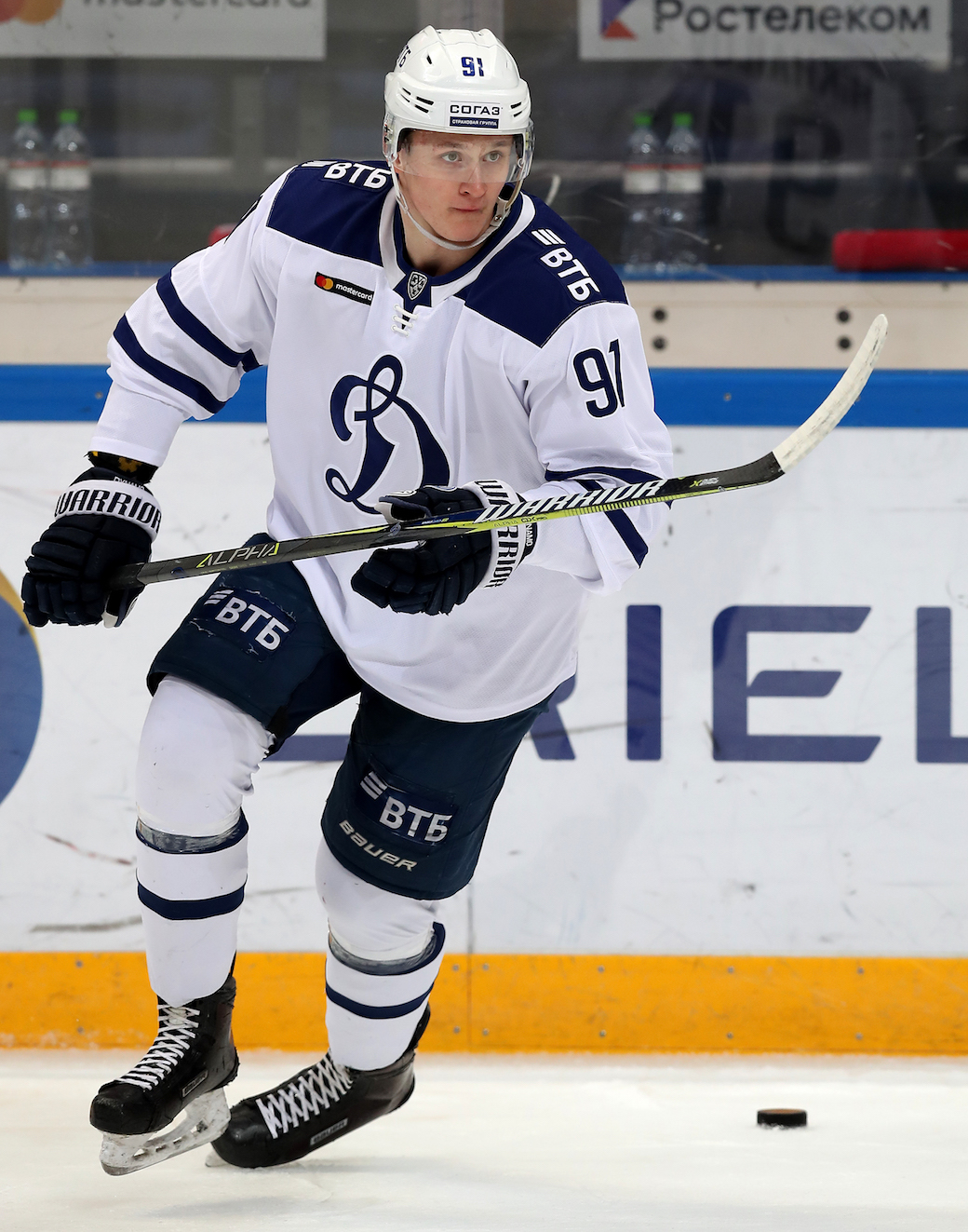 The next season, Mikhailov started to represent Russia on the international stage. He played 19 games for the U18 Team Russia in all the possible tournaments, including the World Championship. However, like all the other Russian participants, he just wants to forget about the competition held in Chelyabinsk and Magnitogorsk where, after a decent showing in the round robin, the team had an unpleasant quarterfinals exit against Team USA with a 1-5 score.

“I started the tournament on the team’s fourth line,” Vladislav explains. “It wasn’t a checking line, though, we didn’t have this kind of lines on our team. A bit later, the coach moved me up to the third line. Yes, I scored only once, but what’s the point on that if we didn’t even win a medal. Now my dream is to play at the WJC, I already had two camps with the team. There are still six months to the WJC. Thus I still have time to further work and get to the team.”

This season, many exciting young players appeared in Dynamo Moscow’s games. For example, Andrei Pribylsky, about whom we already talked recently. By the way, Pribylsky and Mikhailov are good friends and often shared successes at the club level. Andrei had his KHL debut with the Blue-and-Whites at the season’s inaugural game, but Vlad had to wait a little longer.

“Midway through January, I was getting ready for a road trip with Buran Voronezh, Dynamo’s farm team in the VHL. However, I was told that I would not make the trip with the team,” Vladislav remembers the details about his KHL debut. “I was disappointed, but the next day, I got a call from Dynamo’s administrator who told me that I had to move to Moscow to work with the parent team. We practiced for two days, and then we moved to St. Petersburg for the game against SKA. Only when I lined up for the morning skate, I understood that I was about to play my first game in the KHL!”

That game wasn’t the best for Dynamo. The Blue-and-Whites lost 1-3, and Mikhailov logged a minus-2. But this wasn’t a problem for Vlad, who got another chance and in the next game, Dynamo started a winning streak.

“In February, after the Euro Hockey Tour pause, everyone was hungry for hockey, and we had in schedule a derby against Spartak,” Mikhailov explains. “That is that we not only had a team to face but also 10,000 fans. This didn’t scare us, quite the opposite, gave us even more motivation.” The motivation was through the roof: Dynamo won with a 5-1 score, and Mikhailov scored his first goal in the KHL.

“I wasn’t absolutely surprised to see that Vlad had his debut aged 18,” Vladimir Soldatov confesses. “I was sure that he had all it took for it. I try not to miss his games, and we are always in touch. One of the most pleasant things is that Vlad never forgets his roots. Recently, he visited me at practice at his old rink and practiced with 2010-born young players.” 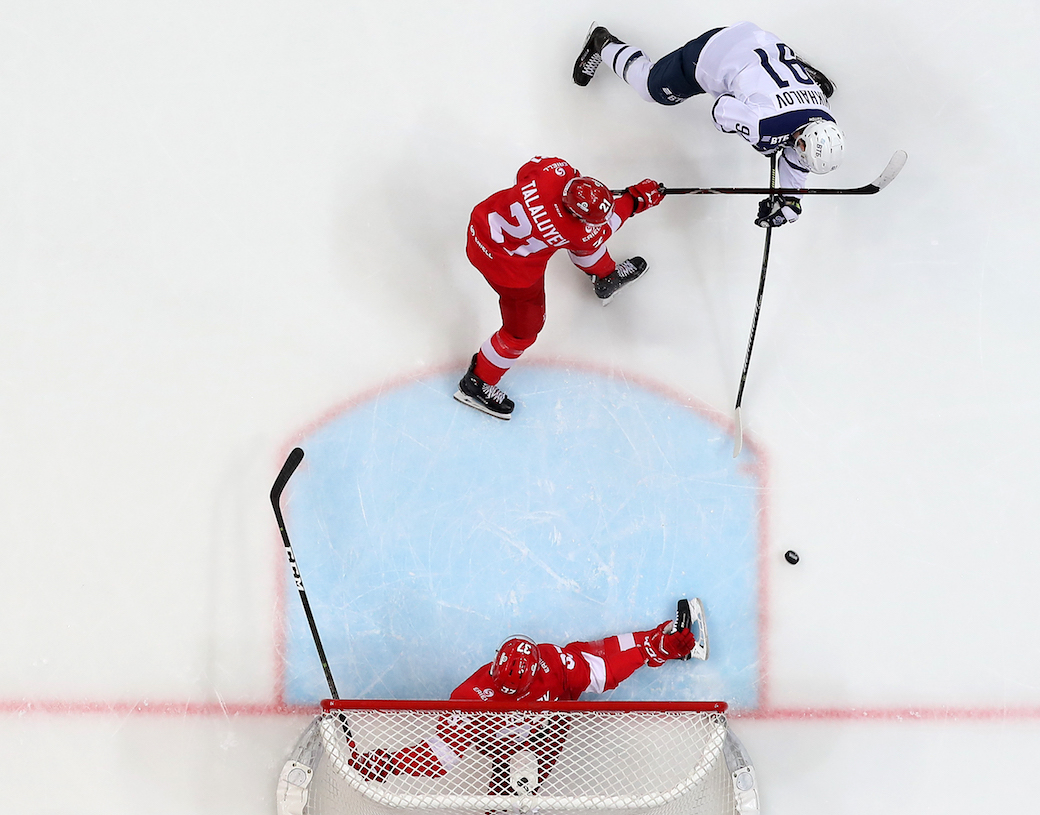