KHL.ru presents you one of the top junior defensemen in the League, the 18-years-old Dynamo’s defenseman Andrei Pribylsky. The blueliner played 24 games this year, scoring two assists. 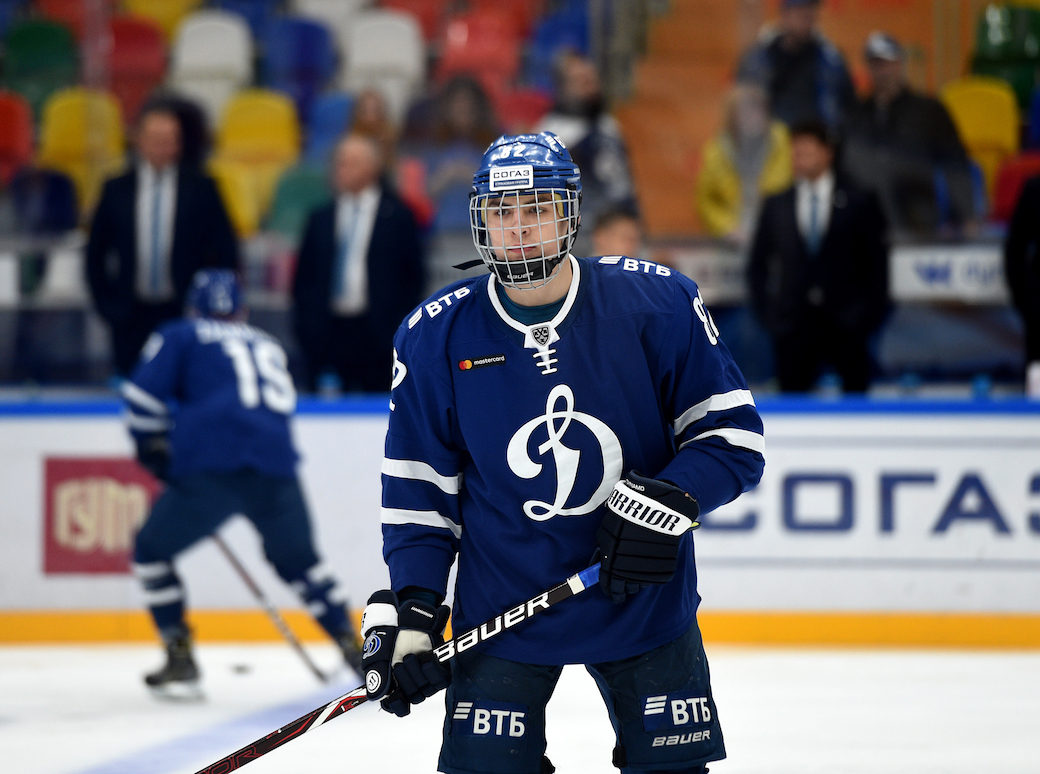 Andrei skated for the first time when he was four. He was brought to the practices by his grandma, who in the past was a gymnast, but also loved hockey. Pribylsky himself started watching hockey and learning to skate very early and decided to start playing hockey.

“At first I was dreaming about being a goalie or a forward,” Pribylsky recalls. “Every kid wants to score goals or to stop pucks. However, after a bit, the coach told me to convert into a defenseman.”

“Andrei arrived a bit later than others in my group, and I was amazed by his great education,” his first coach in Dynamo Viktor Shkurdyuk explains. “His grandmother is a teacher, and she taught him to listen to and respect older people. These qualities helped him a lot in kids’ hockey. He was never the biggest guy around, just now he bulked up. Andrei did his path not thanks to his physical characteristics, but through hard work and determination.”

Andrei himself is quite humble about his first year as a player. “I don’t think that I was better than the other guys,” he says. “Usually, kids start playing at about 4-5 years, I started a bit later. However, I caught them up pretty fast.”

“When I had to split the guys into roles, I decided to put Andrei on defense as he already showed a great understanding of the game,” Shkuryuduk remembers. “He’s a real team player and his team is always in the first position for him. This kind of players is always useful on defense.”

Putting together school and sports is often a complicated task for young athletes. According to Andrei, sometimes he needed to find a compromise with his teachers and take extra classes. At school, the teachers were always ready to help him and accept his hockey-related needs.

“In the sports school I didn’t have constant lessons, the schedule was always different,” Andrei says. “Usually, the practices were early in the morning or late in the evening. Sometimes I had to get up at five o’clock in the morning and being on the ice at half past seven. If I had a practice scheduled in the evening, then after school, I run home to have lunch, and then I just gathered all my things to get ready to go.” 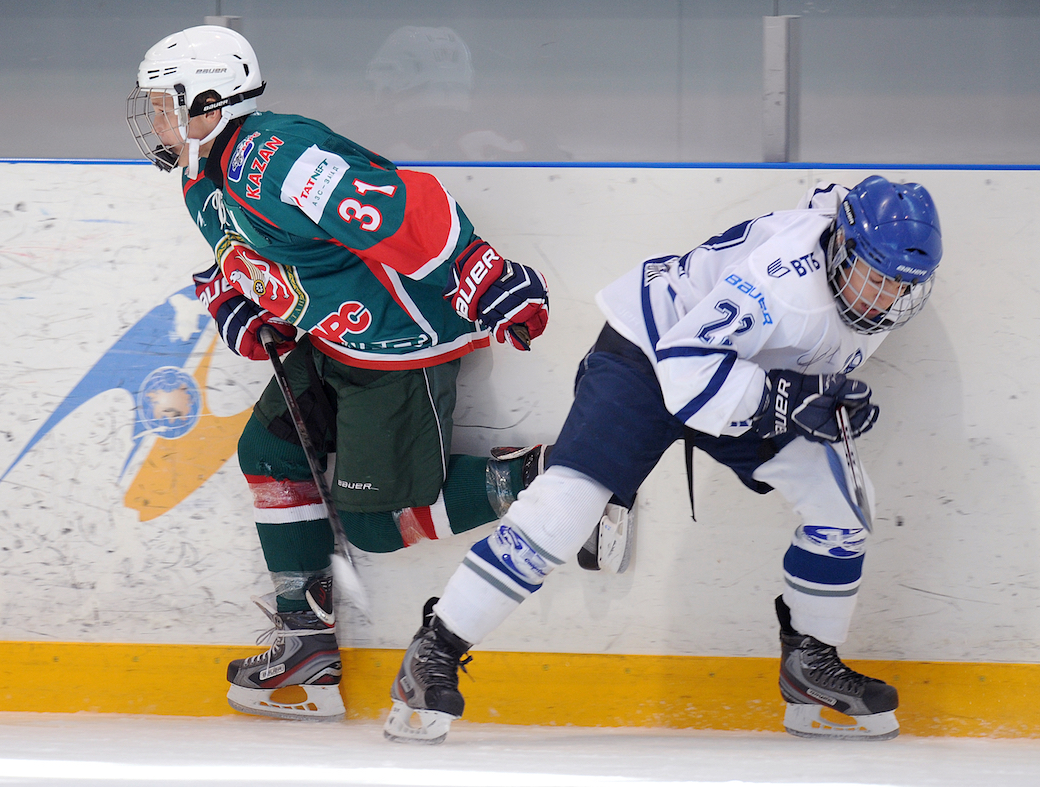 Andrei’s first coach, Viktor Shkuryuduk, remembers that at first, he started teaching him the different technical aspects. Then it was the turn of the positional defensive game. Andrei grew into a very competent and tenacious defenseman also because he didn’t stop learning once the practice was over.

“When I started watching the highlights of the NHL and the KHL, I noticed how the defensemen play there, and I saw that a defenseman shouldn’t simply defend,” Andrei explains. “He should also help his team in attack.”

Almost every young hockey player reaches a moment in his career when he gets tired of combining school and practices, or after a series of unsuccessful matches, he thinks that he will not make a career out of it. However, Andrei’s character was just strengthened by such moments.

“He never gave up, never surrendered,” Pribylsky’s first coach recalls. “However, he had several hard moments due to the situation with Dynamo. The team moved to different arenas, they had to leave the old one, and they started bouncing all over Moscow. It was hard for many players, but Andrei never showed any problem. He’s a tough player, with tons of character. A true representative of the Dynamo system.”

Andrei is sure that the move from kids’ hockey to the JHL is one of the toughest ones. The players have more responsibilities, and the coaches demand much more from them.

“In my first season in the JHL there were a few 2000-born players with whom I played since I was a child,” Andrei remembers his first steps in the pro hockey world. “We had an excellent locker room atmosphere. We could have a lot of fun together. Thanks to my sense of humor, the adaptation to the new team was pretty fast.” 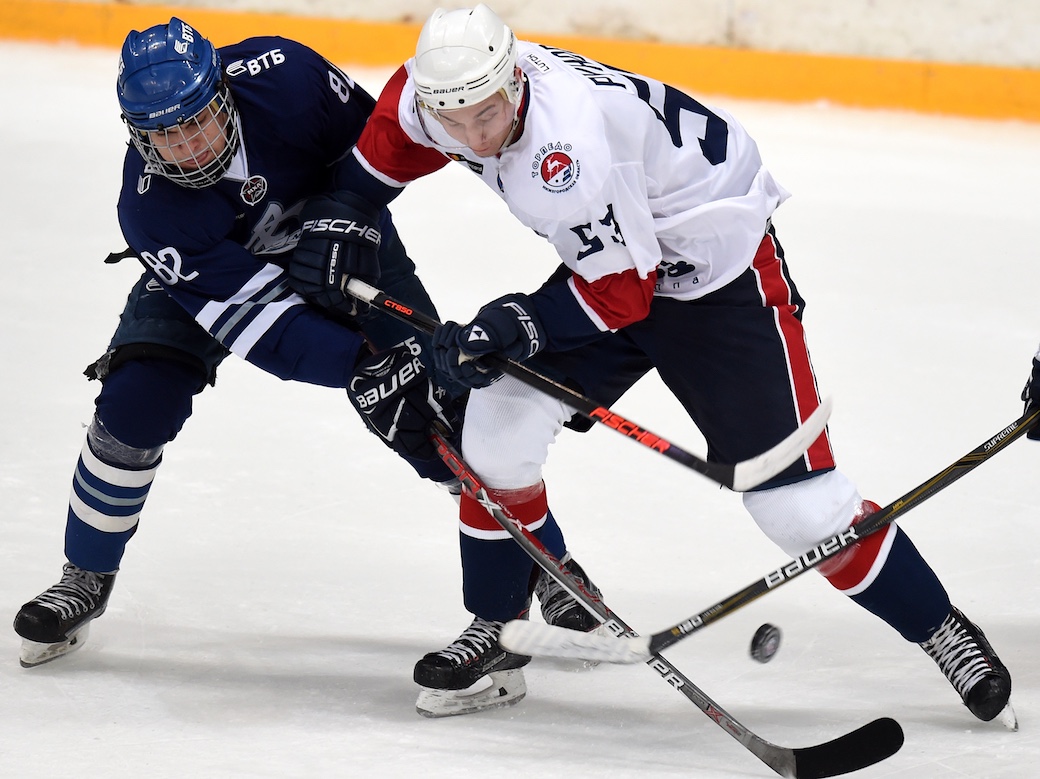 In his inaugural season with MHK Dynamo, Andrei quickly became a key player for the team. He played 53 games producing 11 (3+8) points. However, it wasn’t a good season for the team, which missed the playoffs for just two points and finished the regular season at the least pleasant place in the Western Conference: the ninth.

“The most important thing in moving from kids’ hockey to pro hockey is to be patient,” Shkurdyuk shares his thoughts. “The guys need not surrender when they get little time on ice at the start, not to start playing alone and overdo just to try and win the trust of the coaches right away. Many young players can’t cope with the pressure. Andrei waited for his chance, he understood that he would get one and was patient all the time.”

Andrei turned 18 only in 2018 December. His international career is just at the start. However, he already represented Russia in several tournaments. Andrei played three games for Team Russia at the 2018 Hlinka Gretzky Cup, and now he looks like one of the top contenders for a trip at the next WJC in the Czech Republic.

In April, he played with the junior national team at the Four Nations tournament when Russia defeated Slovakia (7-0) and the Czech Republic (6-0), losing to Finland 0-1 in OT in the competition’s last game.

After a great season in the JHL, Pribylsky was called up to the senior team. He had his KHL debut in the first regular-season game against Salavat Yulaev.

“Two days before the game the coaches put me on the first pair with Ilya Nikulin,” Andrei explains about his debut in the League. “I couldn’t really believe it! However, when I was next to him in the warmup, then I understood that most likely, I was going to play my first game in the KHL.”

According to Andrei, the first few shifts were very hard. At times, he couldn’t cope with the different pace, but he got used to it quite fast. In that game, the Blue-and-Whites lost 2-3 in OT to the future Eastern Conference finalist. Dynamo had their first win of the season in the next match against Sibir. Pribylsky played more than 14 minutes. That game was memorable for Andrei as not only Dynamo won, but he had his first point in the KHL. When Dynamo was down 1-3, Pribysky gave the puck to Miks Indrasis, who made it a 2-3 game. It was the turning point of the game, as Dynamo scored another four unanswered goals to win the contest with a 6-3 score. 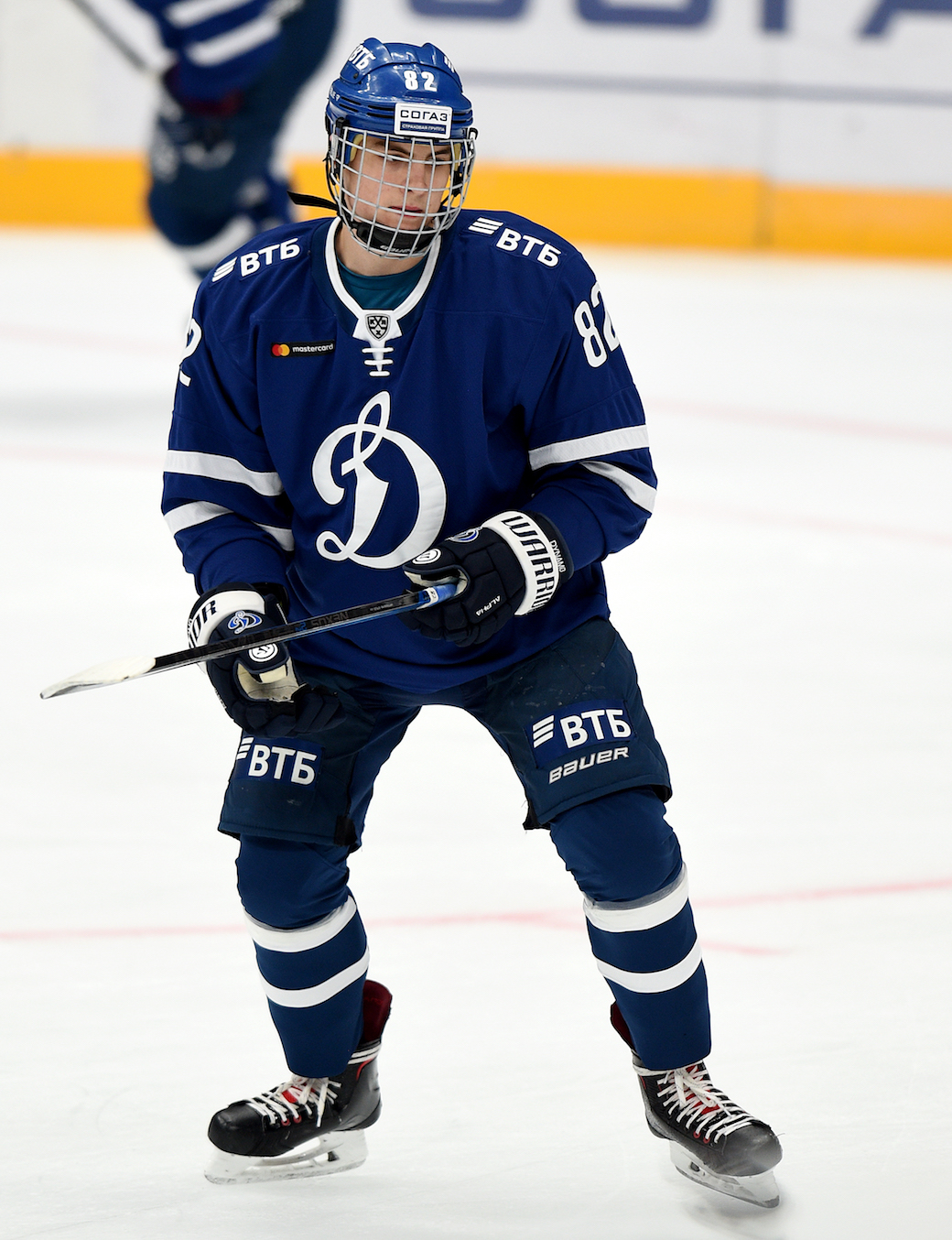 During this season, Pribylsky played in three different leagues. In the KHL, he played 24 games with 2 (0+2) points, he also helped MHK Dynamo in the JHL and wore the Buran Voronezh jersey for eight VHL games.

“Hockey eats up most of my time,” Andrei explains. “If I have some free time, I spend it with my girlfriend, or I watch a movie or read a book. My favorite writers are Dan Brown and Stephen King, while among films I’m a fan of The Truman Show, Shutter Island, and the Prison Break series.”

“I still work as a coach, I’m often busy with the kids, so I have to admit that I can’t catch all of his games,” Shkurdyuk admits. “However, I’m always in touch with his grandma and Andrei himself.”