Today, KHL.ru tells you the success story of 18-years-old Pavel Dorofeyev, a forward for Metallurg Magnitogorsk.

Pavel Dorofeyev was born in Nizhny Tagil, and his parents got him playing hockey when he was four years old. The choice was quite obvious, as his father is quite a known figure in the hockey circles as a coach and was a professional player in the past.

“I have enrolled in the local hockey section right away, and I really loved it,” Pavel remembers. “Of course, if I didn’t like it, then my parents wouldn’t get me back. But I fell in love with hockey at first contact, even if I couldn’t even skate.”

However, the Dorofeyevs had eventually to move to Tyumen as Pavel’s father was offered a job as a coach at the local then-called Gazovik team. In Tyumen, the organization was happy to also have the 10-years-old Pavel playing in their kid’s teams. In his second year in the Siberian team, Dorofeyev was already appointed as an alternate captain.

“Probably because I was both responsible and creative,” Pavel recalls. “I played as a forward since the start, I always loved scoring goals.”

That year, Dorofeyev scored pretty much in all games, finishing the Ural Championship with 14 goals in 16 games. A 13-years-old Pavel repeated the feat a couple of years later, with 34 goals in 34 games.

However, he didn’t stay much in Tyumen. In 2015, his dad was recruited to Magnitogorsk, and his family once again followed him. It was a new challenge for the then-15-years-old forward, but once again he quickly found his groove, and in his first season with the Metallurg jersey he scored 36 times in as many games.

“If I recall correctly, we had to buyout Pavel’s right from Tyumen to get him playing for our team,” Dorofeyev’s coach in Magnitogorsk Igor Knyazev explains. “He was an excellent player already at his 15. We didn’t think long about it, we understood that we just had to work on an excellent base. This is what my colleague Viktor Salnikov and I did. Pavel was an excellent scorer, but we worked with him to further improve his shot’s precision and to start getting him shooting from the blue line. We also had to work on his psychology. The guys from Tyumen were incredibly sure of themselves and feel like heroes. We needed to explain to them that they needed to start with a fresh mind as in Magnitogorsk it’s a whole different level. Dorofeyev perfectly integrated within the system was always attentive towards the coaches and ultimately became our team’s top scorer right away.” 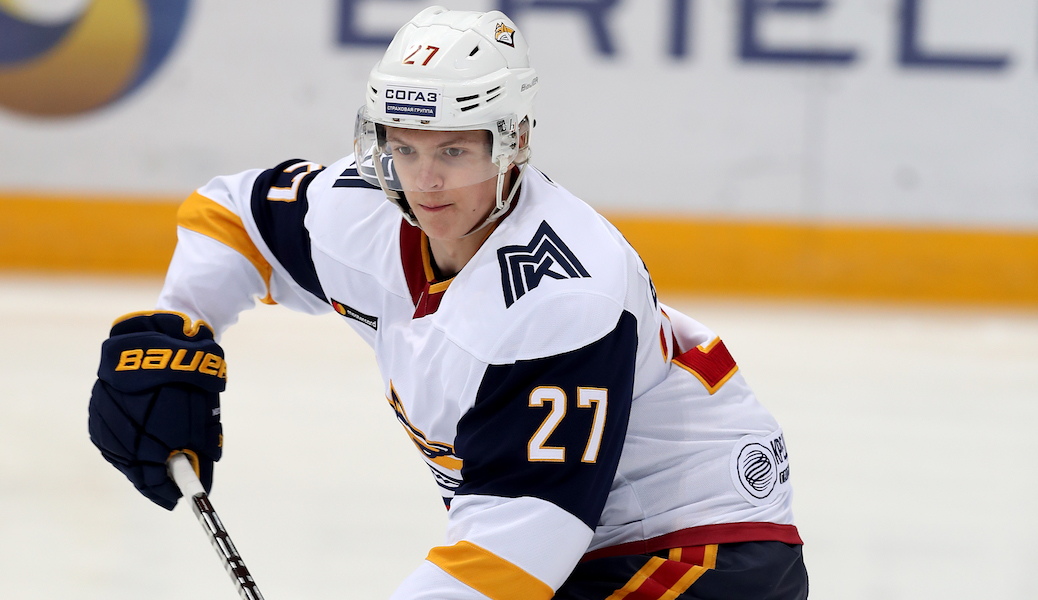 At his 17, Pavel needed to do his first, complicated step towards pro hockey. He needed to undergo a tryout at the Stalnye Lisy (Steel Foxes) JHL team in Magnitogorsk, a team that falls under Magnitogorsk’s umbrella.

“Frankly speaking, I don’t feel like the move to the JHL was a hard one,” Dorofeyev admits. “Yes, the players are bigger there, and the game is faster, but I got used to it quite fast. Before the first preseason tournaments, we had a full camp. I think that after one month, I fully adapted and was ready for the new environment’s requirements.”

In his first preseason tournament with the Foxes, Pavel scored three goals, with the same result in the next competition. Of course, after such a strong preseason, he made the team. His first year with the Foxes was very successful, with 39 (19+20) points in 48 regular-season games.

“I couldn’t score for the first six games, and I was already waiting for the drought to end,” Dorofeyev recalls. “And finally, at the seventh game with the Foxes, I scored. I kept the puck, and it now rests at home in a special enclosure.” 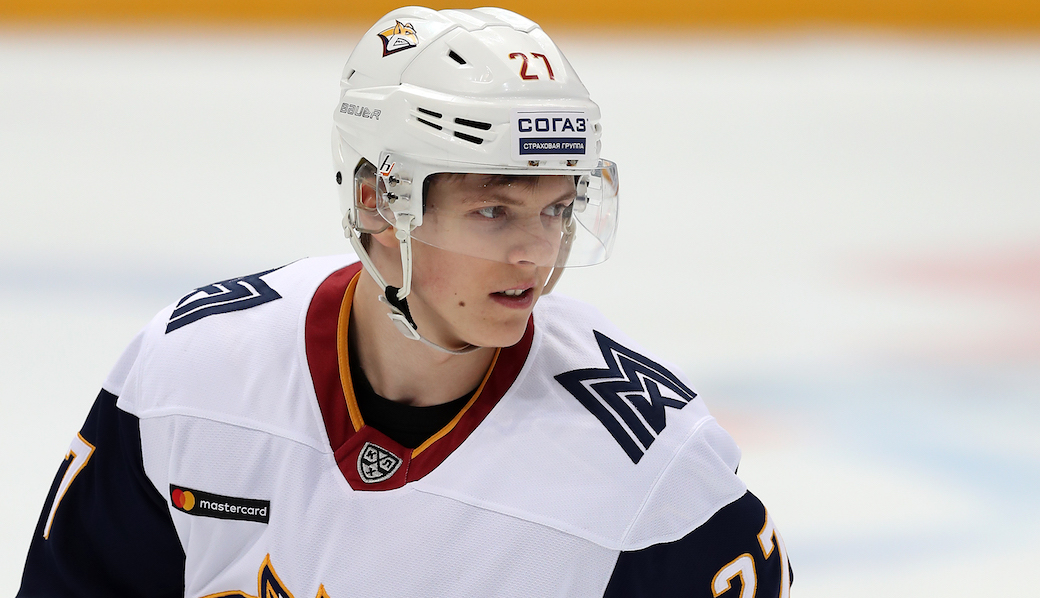 In the 2017-18 season, Pavel had another pleasant event. In the spring, a letter from the Russian Ice Hockey Federation reached Magnitogorsk, informing the team that Pavel was called to represent his country at the upcoming U18 World Championship, that year held in home soil, in Magnitogorsk and Chelyabinsk. He never played with the national team before, but the RIHF bosses couldn’t be indifferent to such impressive stats.

“Pavel always scored a lot of points, but for some reasons he was never called to the national team,” his coach in Magnitogorsk says. “Maybe the coaches there didn’t find him physically ready for the international stage. He was always tall for his age, but not really bulked. When you are 16 or 17, you’re going to play against mature kids already. Pavel always played smart, trying to separate the opposition with the puck using his sticks, but we had to teach him to play more physically and not shy away from the contact.”

“The tournament was in Magnitogorsk and Chelyabinsk, and thus I didn’t have any adaptation problem,” Dorofeyev says. “However, it was pretty evident that on the international scene, everything happens faster, than in the JHL.”

In that tournament, the Russians had a good showing during the round robin, losing in regulation only to the eventual champions Team Finland. However, in the quarterfinals, Dorofeyev and the team had to suffer an early exit, losing 5-1 to Team USA. The third period started with the teams tied at one, but in the final stanza, the team collapsed and allowed four unanswered goals.

“In the locker room the atmosphere was very dark, some players couldn’t hold back their tears, someone was just crying,” Pavel remembers. “However, you need to cough defeats up and take a step forward.”

In the 2018-19 season, Pavel Dorofeyev spent the preseason with the senior Metallurg Magnitogorsk team and earned a constant spot in the lineup. In the start of the season, the team’s head coach Josef Jandac called him up for the September 25th game, when he had his debut in the KHL.

“The coach approached me and said: ‘Tomorrow you’re gonna play. The most important thing to do is not to worry,’ Dorofeyev remembers. “However, I, of course, worried. I felt a lot of emotions. Moreover, I was iced with Sergei Mozyakin. Already during the first game against Severstal, I played several shifts, and I felt the coaches’ trust since the start.”

In his first KHL season, Pavel managed to score not only his first point but also his first goal. It happened in January, during the Ural derby against Traktor. It was a close game, but at the end of the second period, Metallurg organized a quick counterattack. Pavel moved to the slot, freed up himself from the opposition and hit the net on the far post. The young forward missed some action in February but debuted in the playoffs in the third game of the series against Salavat Yulaev, when Metallurg lost 5-1.

“Josef Jandac talks very well in Russian and after the last game of the season had a great speech where he told us that in different parts of the series we played better than our opponents, but that in hockey you have to lose sometimes,” Dorofeyev says about his coach.

Dorofeyev doesn’t have much free time, considering that he plays for both Metallurg and the Foxes, but he perfectly knows that his playing career isn’t going to last forever.

“I’m currently enrolled at the information technology faculty, studying internet technologies,” Dorofeyev explains. “Unfortunately, you can’t be a pro hockey player for your whole life. Therefore I need to gain a good education for the future and my further development.” 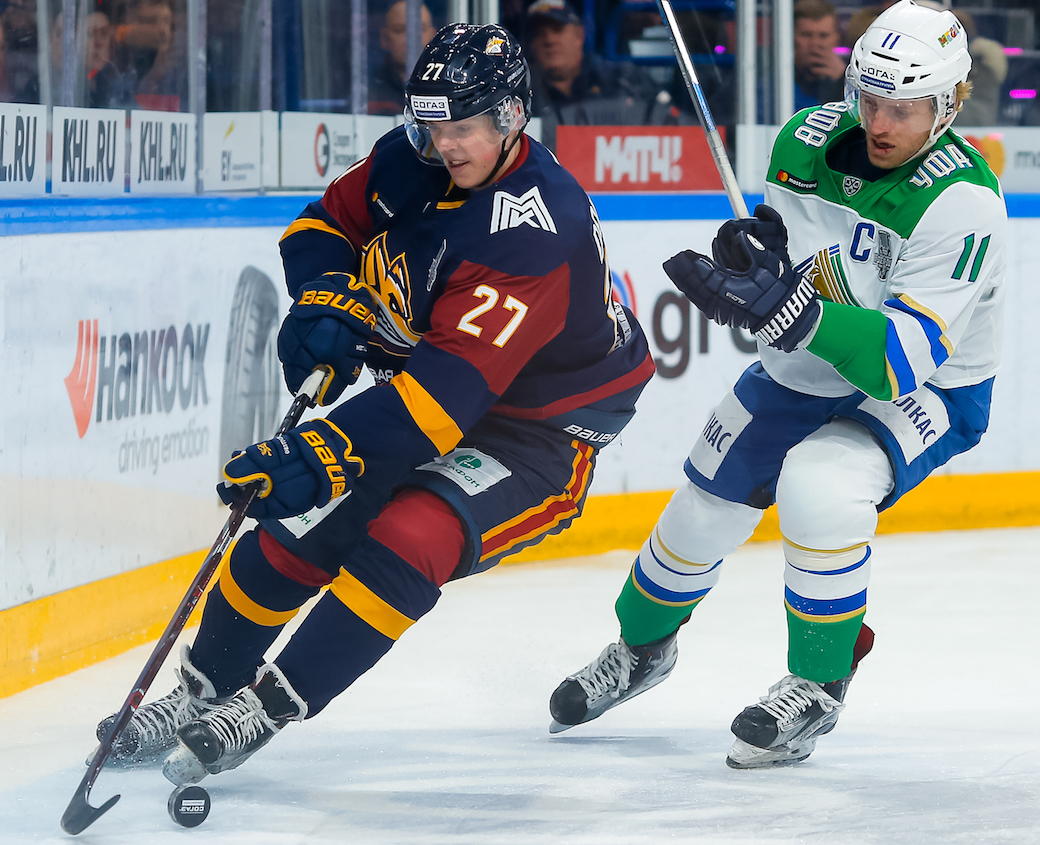