The week’s big story was all about Pavel Datsyuk joining Avtomobilist Yekaterinburg and returning to his hometown. The 40-year-old center signed a one-year deal with the ambitious Eastern Conference outfit after leaving SKA. His former employer, meanwhile, moved to bring in Jori Lehtera as his replacement. Experienced Czech defenseman Andrej Sustr signed up for Kunlun Red Star in another significant trade. On the ice, meanwhile, Russia’s sledge hockey success in Sochi is encouraging big plans for future international tournaments.

Pavel Datsyuk, one of the finest players Russia has produced, is heading back to his hometown club. The Triple Gold Club member signed a one-year deal with Avtomobilist Yekaterinburg, reportedly turning down proposals from the Detroit Red Wings and other NHL and KHL teams. In signing for Avto, the 40-year-old center comes full circle: as a youngster he made his top-flight debut in the Ural city, where the team was then known as Spartak. Avtomobilist, meanwhile, insists that this is no mere PR stunt, pointing out that Datsyuk’s production last season at SKA would have made him Avto’s fourth highest scorer and its leading Russian. To celebrate the new signing, Avtomobilist forward Anatoly Golyshev took to Instagram to share a childhood photo of himself with his new team-mate.

Lehtera heads back to Russia

Finnish Olympian Jori Lehtera is returning to the KHL for the first time since 2014. The center, now 31, is joining SKA after five seasons in North America. He spent three of those in St. Louis, helping the Blues to the Conference finals in 2016, before he was traded to Philadelphia ahead of the 2017/18 campaign. Life at the Flyers did not go as planned, though, and after limited game time this season Lehtera was looking for a new challenge. His move to SKA brings him back to the KHL, where he previously scored 153 points in 178 regular season games for Lokomotiv and Sibir. SKA also moved to sign Dmitry Kagarlitsky from Dynamo Moscow, where he scored 61 points last season. Kagarlitsky inked a three-year deal in Petersburg. 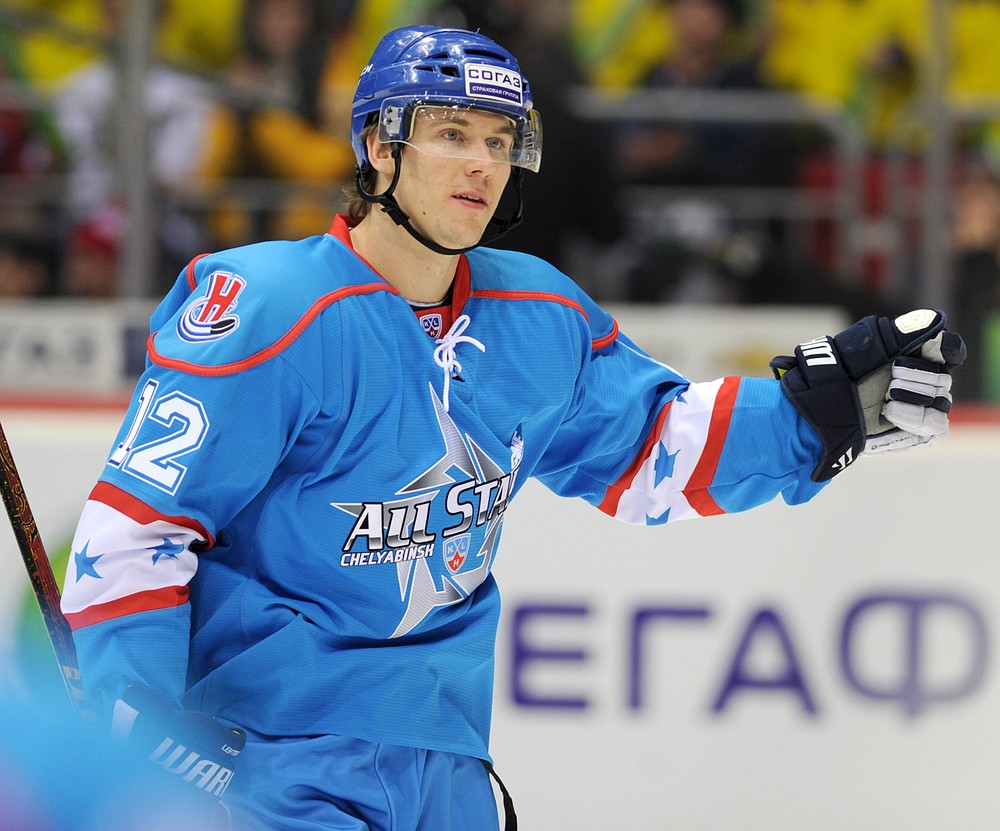 Kunlun Red Star continues its summer rebuild with two new defensemen. Both come from the AHL’s San Diego Gulls, but the Andrej Sustr and Trevor Murphy have had rather different careers. Sustr, a Czech who swapped Plzen for Alaska as a 17-year-old, brings a wealth of NHL experience. His high point came in 2015 when he helped the Lightning to the Stanley Cup finals. He went on to play at the 2016 World Cup, but the 28-year-old’s career hit a bump last season when a trade to Anaheim didn’t work out and he found himself at the Ducks’ farm club. Once there, he was soon joined by Murphy, a 23-year-old Canadian whose only taste of NHL action came in an eight-game stand for Arizona. The youngster has the game to become a genuine two-way performer – and the larger ice in the KHL might benefit a man noted for his good skating and vision. 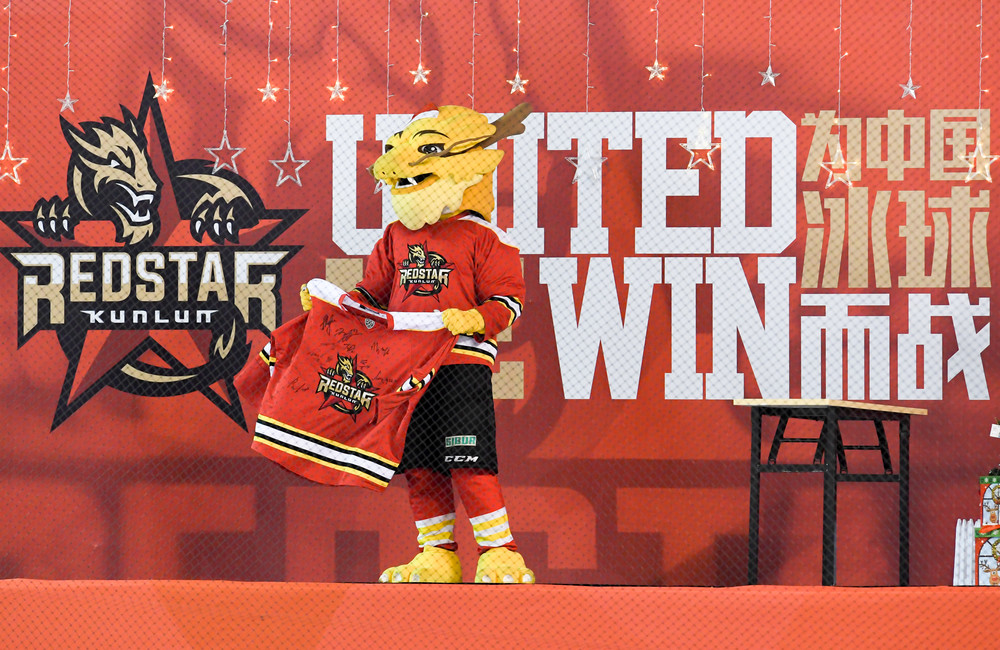 Sledge hockey gets a boost

The Sledge Hockey Continental Cup, jointly organized by the KHL in Sochi, gave Russia’s teams a big lift. The country’s ‘A’ swept all before it to win the four-team event, with Russia ‘B’ coming second to show that there’s plenty in reserve. Later this year, Russia will meet with Germany and Slovakia again in World Championship action, looking to secure a return to the top level of international competition. And beyond, there’s the prospect of the 2022 Paralympic Winter Games. Meanwhile, after the Sochi tournament saw Russia back in international action after a long break, KHL Vice President Georgy Kobylyansky spoke about the future of the event. “We’d like to see this tournament develop,” he told KHL.ru. “It’s already clear that we will be coming back to Sochi, either every year or every two years. We know that we need to have more competing teams, and to attract a higher level of opposition. Next time we hope to see teams from the top level of the World Championship, the likes of Japan, Korea, Sweden, or Italy. Ultimately, we’d like to invite Canada and the USA, the current world leaders in sledge hockey.” 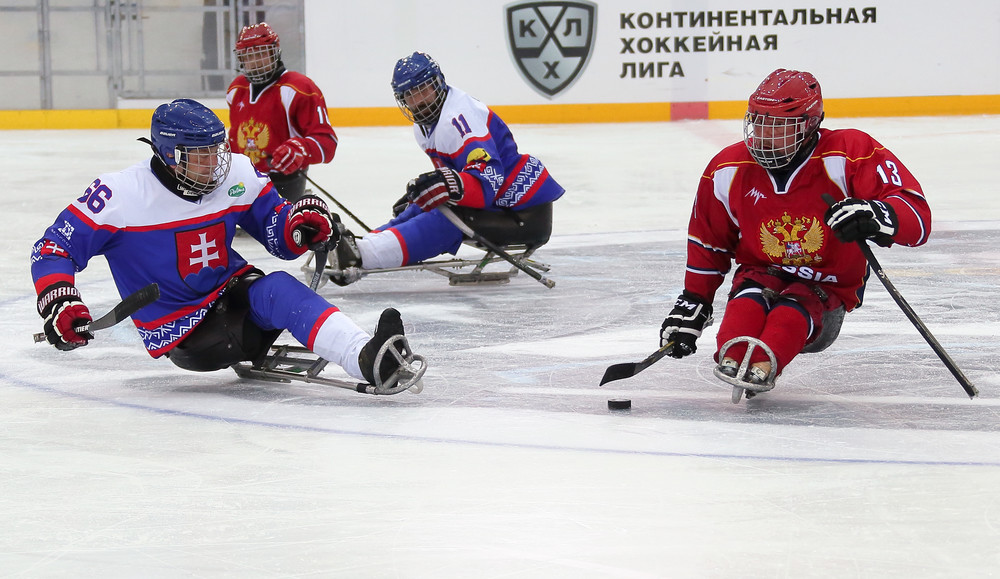