The first day of the Sledge Hockey Continental Cup in Sochi saw both Russian entries in the four-team tournament record wins. In seeing off the national teams of Slovakia and Germany, the Russian rosters did not allow a single goal.

Russia’s second team was drawn up largely of reserves and youngsters. Head coach Ruslan Batyrshin looked to run the rule over players who may be needed to boost the first team in the international tournaments scheduled for later this year and selected a number of teenagers in the roster. However, there was experience too: captain Alexei Lysov was a silver medallist at the Sochi Paralympics in 2014 and captained this youthful team here.

The game was highly competitive. There was no doubting Russia’s advantage in terms of the balance of play, but Slovak goalie Eduard Lepacek stood on his head to keep his team in contention. It wasn’t until midway through the third period (sledge hockey has three periods of 15 minutes) that Igor Maletsky got the only goal of the game, coolly converting a solo rush to end Lepesak’s resistance and secure the win for the Russians. 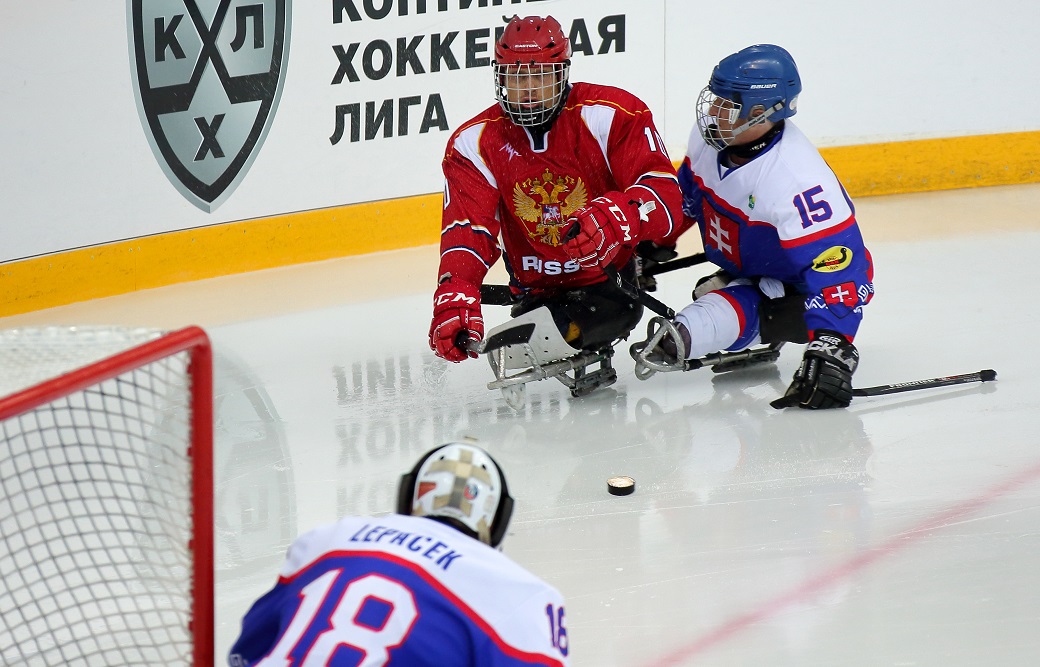 “We took this game really seriously,” said goalscorer Igor Maletsky. “An international game demands that. For me personally, there were a few chances; luckily, I managed to put one of them away. We haven’t played in a tournament like this for a long time so it was important for me to show what I could do. Against Slovakia our game wasn’t quite there for long periods. Now we need to listen to our coaches and put things right.”

“I’m really pleased to be taking part in this tournament,” said Slovak goalie Eduard Lepacek. “Russia has an experienced and skilful team and they showed that today. We wanted to test ourselves against the Russians, who we will be meeting soon at the World Championship, because they have a new team. As for the game, of course it hurts to allow that one goal after making so many saves. I won’t forget that for some time.”

“The Russian Championship finished back in March so it’s not surprising that our players were not perfectly prepared for this game,” admitted the team’s head coach, Alexander Sorokin. “After such a long break, things only start coming together after five or six days of practice. I’m sure those missed chances in the first two periods – and there were a lot of them – were due to a lack of preparation – both technical and physical. In the second intermission I asked the guys to draw the Slovaks out of their zone and look to set up counter-attacks because Slovakia was defending as a team and we were struggling to break down that solid defense. And that’s how we got our goal – on open ice, our extra speed paid off. Over the tournament as a whole, we want to create some competition for the first team. When we meet in a competitive game, we will go all out to win it.”

The evening game began with an opening ceremony involving visiting dignitaries from the local authorities, the KHL and the Russian Federation of Sport for People with Physical Impairment. Once the festivities were over, Russia immediately set out to take control of the game. The Germans dug deep and defended bravely but for much of the game they could not get out of their own zone. The resistance endured until the closing seconds of the opening frame, but then Batyshin’s team scored two quick goals on Klaus Brzoska. The opening goal came from sustained Russian pressure, pulling the Germans out of position before Andrei Sokolov applied the finish into an empty net.

After the break, Russia quickly piled on the goals. Dmitry Galkin’s point shot, on the power play, made it 3-0 and the period ended with Russia up by six. The third period was a formality as Evgeny Petrov completed his hat-trick and Russia cruised to a convincing 9-0 scoreline. 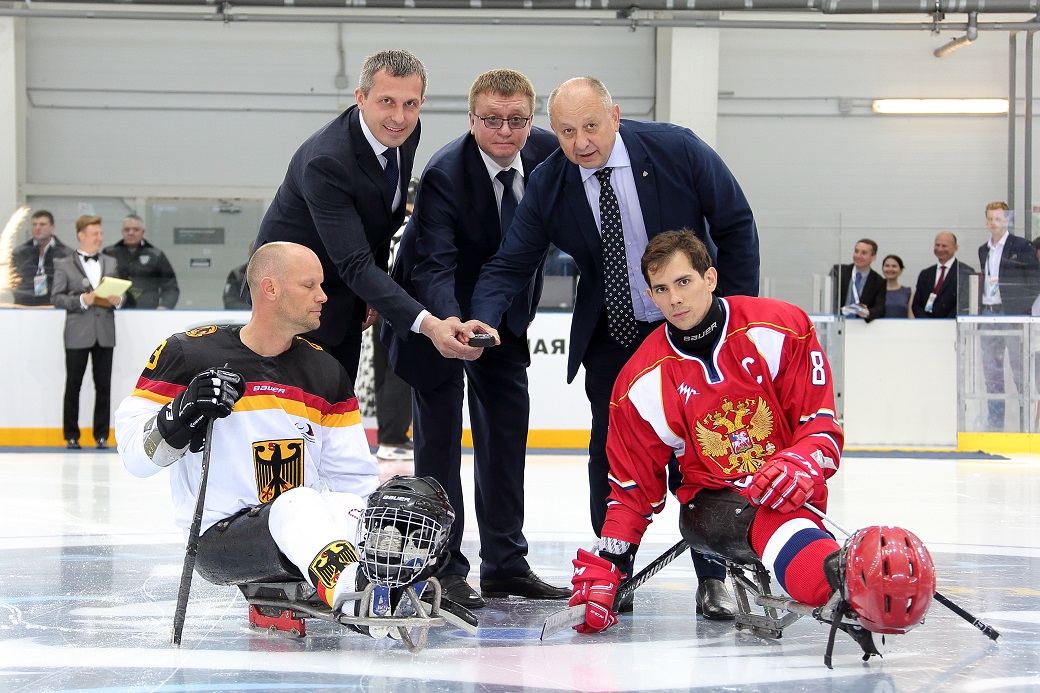 “After such a long break from international play, today’s game felt a bit like going back to school,” said hat-trick hero Petrov. “But it all went well. We did what we were asked to do, we won the game and it doesn’t really matter who got the goals. We got the right result, everyone’s happy. It’s really important to get a feel for the opposition we’ll be facing soon in the World Championship. The more we can play in tournaments like this, the better things will be.”

“To be honest, I didn’t expect a result like this,” said head coach Ruslan Batyrshin. “We prepared hard for the game but at the start our opponent pressed us and created a couple of good chances. Then we made a couple of changes and the game began to change. Maybe the Germans lost a bit of confidence after the first period because they started out competing very hard and our goalie helped us a lot.

“We’re working step-by-step to get to our level. Because of the pause between the end of our national championship and the start of this competition, several players haven’t really skated for a few weeks and aren’t in peak condition. Everyone is in a different place right now.”

Day two of the tournament in Sochi sees Germany take on Slovakia on Sunday lunchtime before the two Russian rosters meet in a ‘derby’ clash later in the afternoon.