CSKA led the way at the KHL’s end-of-season award ceremony, with the Gagarin Cup winner collecting nine prizes at the big event in Moscow. Seven individual or team awards went to the Army Men, with two further nominations among the six ‘golden helmet’ winners that make up the notional ‘All-Star’ roster for the season.

Among the CSKA prize-winners was young forward Kirill Kaprizov. He won the best sniper award after potting 30 goals in regular season and four more in the playoffs. The 22-year-old Minnesota Wild prospect has a further year remaining on his contract with CSKA and was part of the Russian team that won bronze at the World Championship in Slovakia on Sunday. 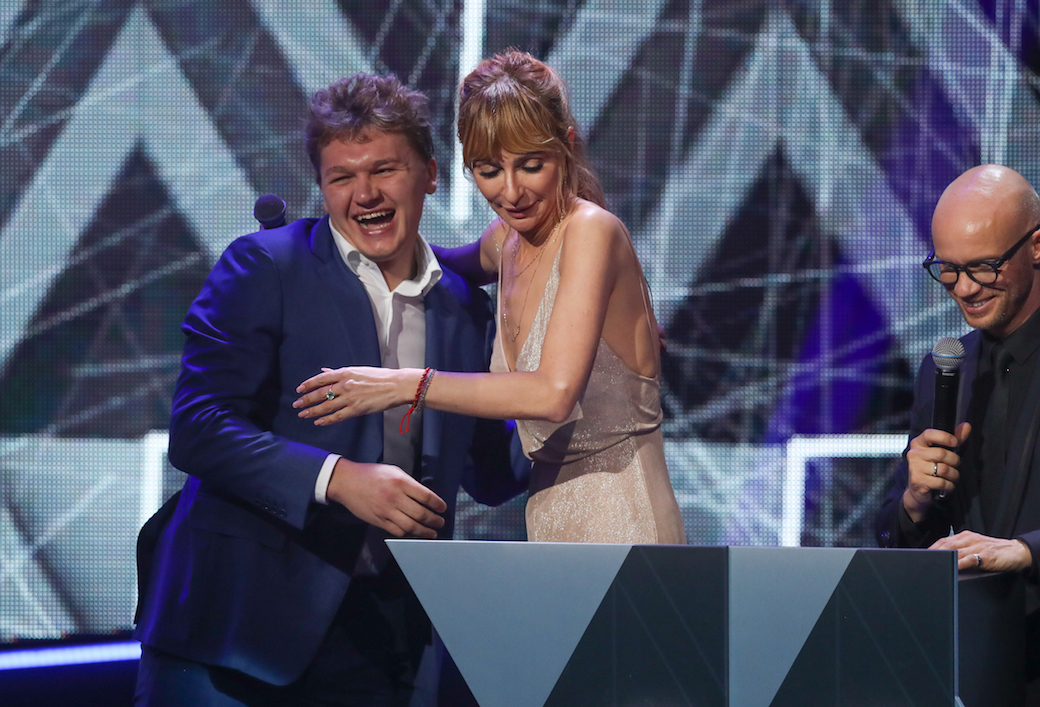 Kaprizov’s teammate for club and country, Ilya Sorokin, was the playoff MVP. He featured in 20 post season games, stopping 94.7% of shots faced and allowing just 1.19 goals per game. He also had five shut-outs, including two back-to-back in the Gagarin Cup Final against Avangard.

Another CSKA player to win an individual award was veteran Alexander Popov. He won the Gimayev prize for loyalty to hockey after completing his 1,000th game at the top level of Russian hockey. In a career that began with Avangard in 1998/99 he has now amassed 1,035 outings in regular season and playoff action in the KHL and Russian Superleague. And his role in CSKA’s success this season means he now has a Gagarin Cup to go alongside the Superleague title he won with Avangard back in 2004.

There was recognition for two other key individuals in CSKA’s success this season. Head coach Igor Nikitin won Coach of the Year and Igor Yesmantovich won the GM’s prize after assembling and leading the team to the big prize. CSKA also collected the trophy for the Regular Season champion and the Western Conference winner.

It was no surprise that CSKA was also represented in the Golden Helmet category, which names the six top players of the past season. Defenseman Nikita Nesterov and forward Mikhail Grigorenko was both included on that roster. They were joined by Salavat Yulaev goalie Juha Metsola, Barys D-man Darren Dietz, Avangard forward Ilya Mikheyev and another Finn from Ufa, Teemu Hartikainen. Dietz and Metsola also won the prizes for best defenseman and best goalie respectively while another netminder, Lokomotiv’s Ilya Konovalov, was selected as rookie of the season. 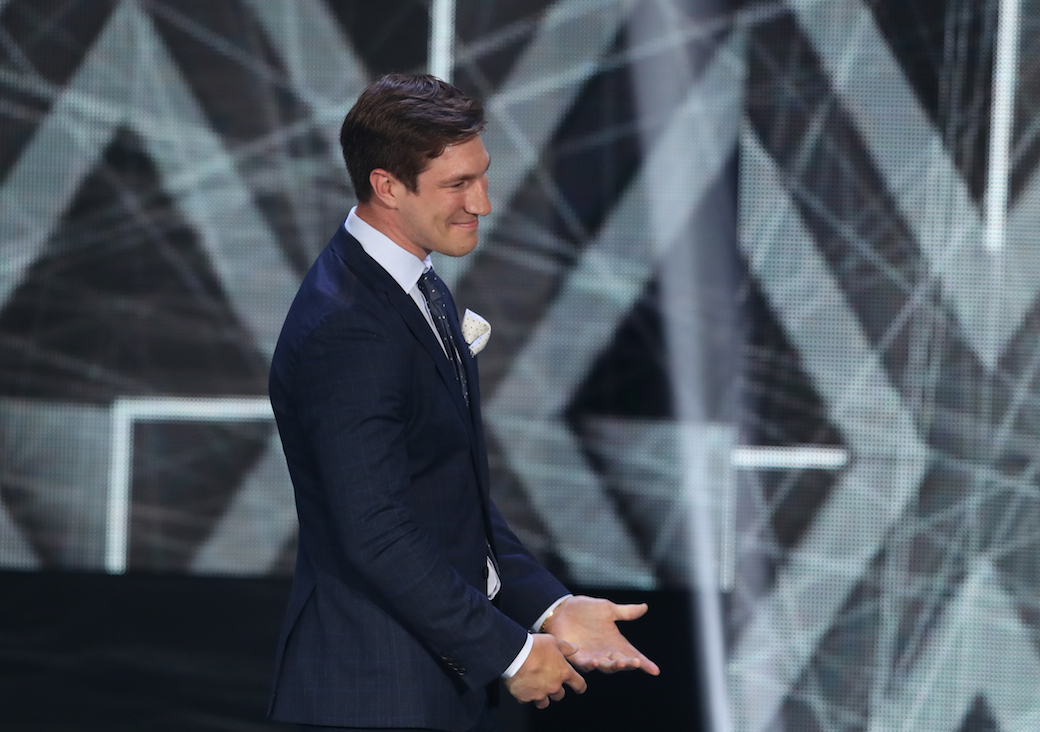 SKA St. Petersburg did not win any individual awards this season but the team was presented with the Vsevolod Bobrov Prize for the most goals in the Russian championship. SKA lit the red light 250 times this season, claiming the prize for the third year in a row. However, the total was some way short of the team’s best, an all-time record of 315 goals in the 2016/17 campaign. 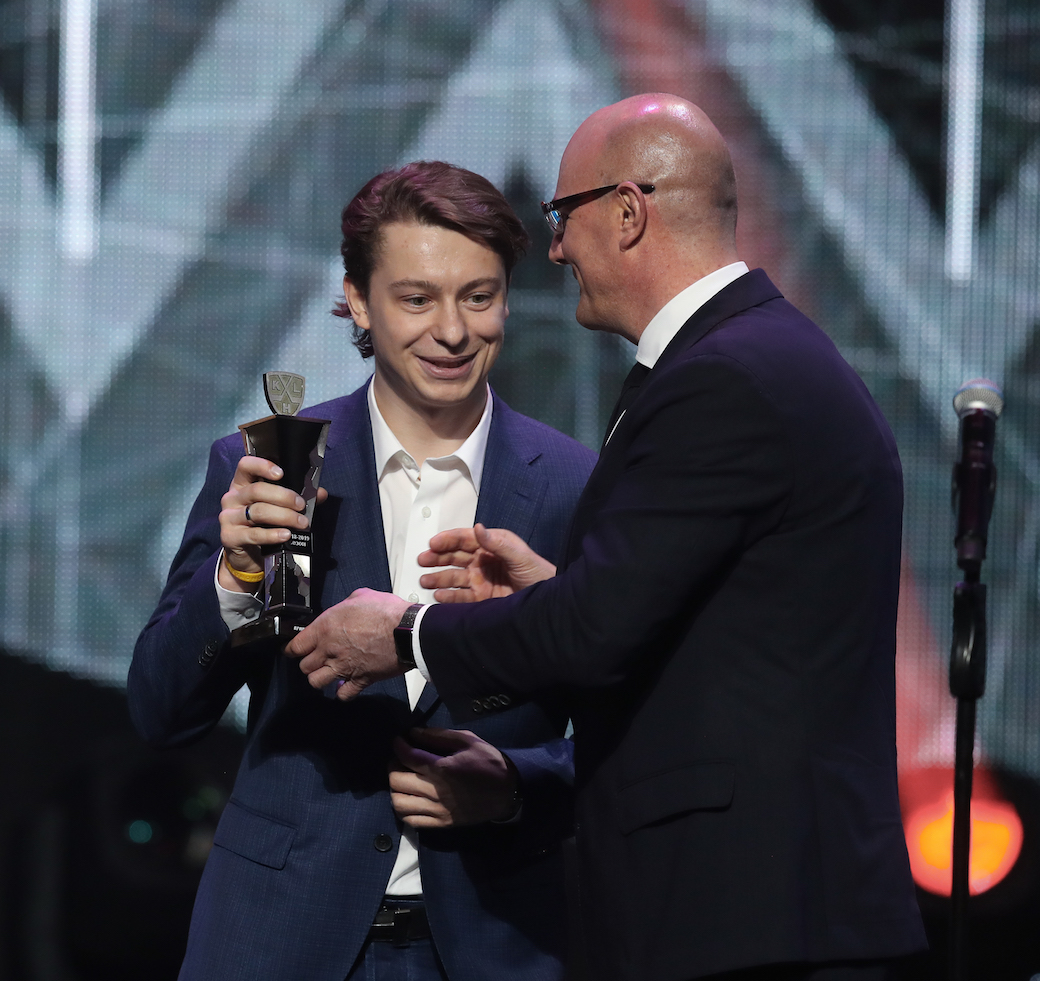 The award ceremony also recognized the top player in the Women’s Hockey League and, as in the men’s tournament, Ufa was well represented. The Adigel women’s team goalie Anna Prugova was named the best player of the season. 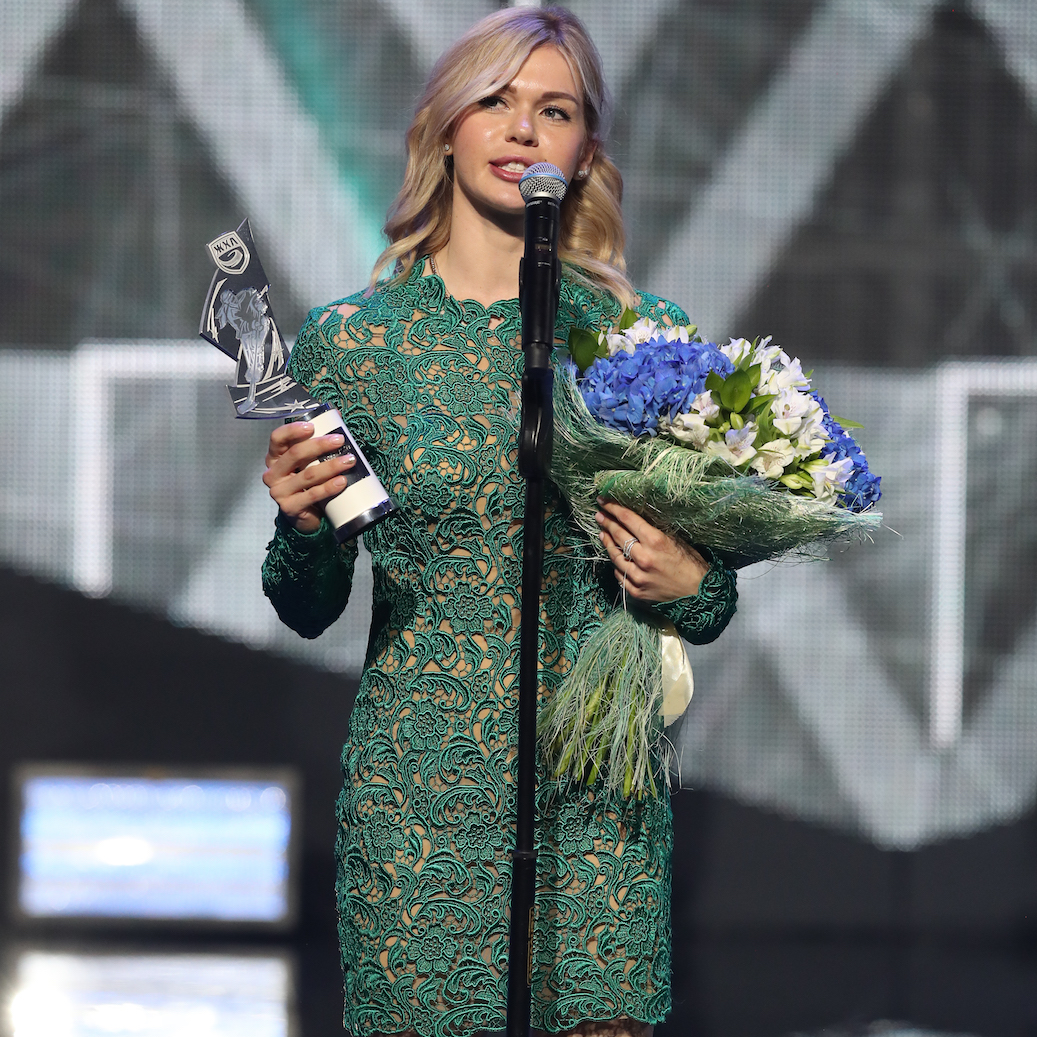 “It’s huge honor for me, I’m really proud of it and grateful for, especially I want to thanks my teammates without them it won’t be possible, and fans. It was fantastic year for the team” said Barys defenseman Darren Dietz.

“It was my first awards ceremony in career, everything was fine, I satisfied with that night. It was easy for me to dress up, cause I have only one suit. The season was very hard, but we played with a joy. CSKA won first Gagarin Cup, and national team became third at latest World Championship” said Mikhail Grigorenko.

“It’s huge honor to be in first line of the season and be here. It was a quiet good year for our team. Salavat didn’t change too much this offseason, we know how to get to the finals and we want to win Gagarin Cup next season. Nobody believes in Finland at World Championship but guys know what to do. Marko Anttila is a humble guy who works hard every year. It’s great to see this kind of stories” said Teemu Hartikainen.

“I really appreciated this award, thanks to my team and fans in Ufa. It’s great honor for me to be here, it was cool. Big expectations next year, club made a great move signing Sakari Manninen, he will make us stronger. You have no idea how our country celebrating gold medal, insane, insane. I think they could go on tour all over the country to celebrate it. And you have no idea what is Mörkömania (Mörkö – nickname of Marko Anttila), it’s insane. He’s old guy who works hard all his life. It paid back, I’m super happy for him, he’s a real leader. He deserved all hype around him” said Juha Metsola. 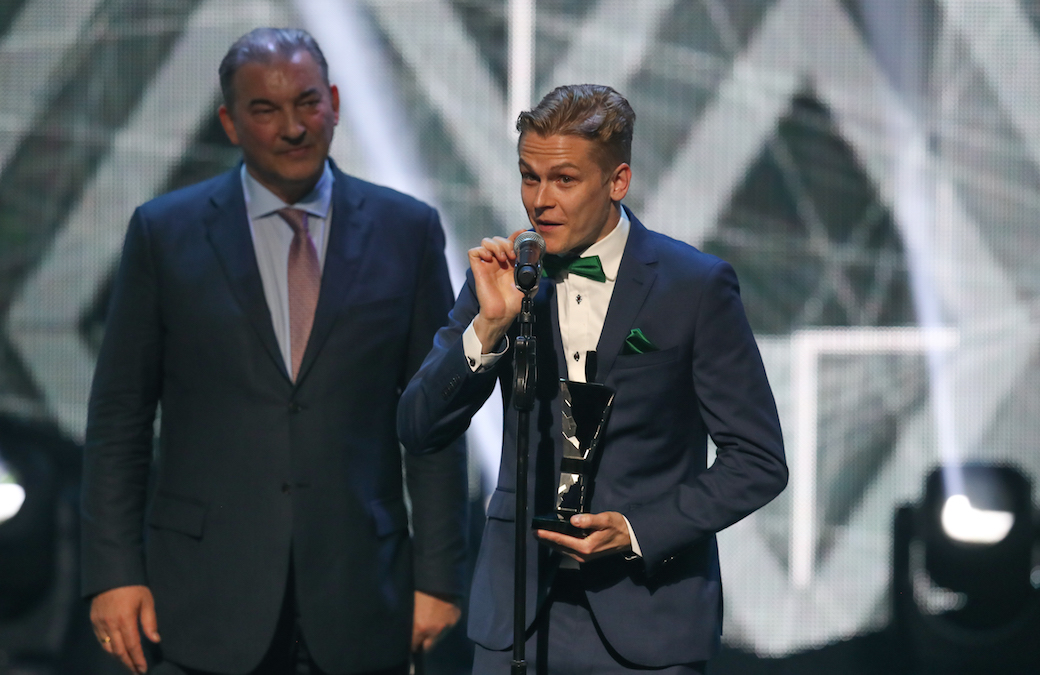