Artyukhin and Yakovlev return home. Top 10 transfers of the week

Ozhiganov and Yakovlev get back from the NHL, Artyukhin finds a new job in the Moscow Region, Dynamo Moscow signs a KHL legend. KHL.ru analyzes last week’s top moves.

Roman Savchenko. From Sibir to Lokomotiv

After securing the signing of several international, high-profile players, Lokomotiv started looking at the domestic market. Roman Savchenko, even if a native of Kazakhstan, won’t count as an import for the second straight year. Formally, he can be considered as Alexander Yelesin’s replacement. However, the former Barys leader and today’s Calgary Flames defenseman are different players. Yelesin is mostly a physical defenseman, while Savchenko is famed for his huge slapshot. As recently as last year, Savchenko scored a goal shooting directly from his half of the rink.

Alexander Lazushin. From Kunlun to Lokomotiv

This is another move for Lokomotiv that may well pass under the radar for the Railwaymen. Alexander Lazushin spent the latest two seasons playing for teams who didn’t make to the postseason. He doesn’t play in the Gagarin Cup playoffs since the 2014-15 season when he was part of the Dynamo Moscow organization. He was a backup there. Lazushin was an excellent backup plan for the team, behind the legendary Alexander Yeryomenko. In Yaroslavl, there isn’t a clear-cut starter, just the young duo Konovalov and Isayev. Hunting the Cup with such a goalkeeping line would be risky, and the 31-years-old Lazushin is a perfect fit with his experience and leadership abilities. 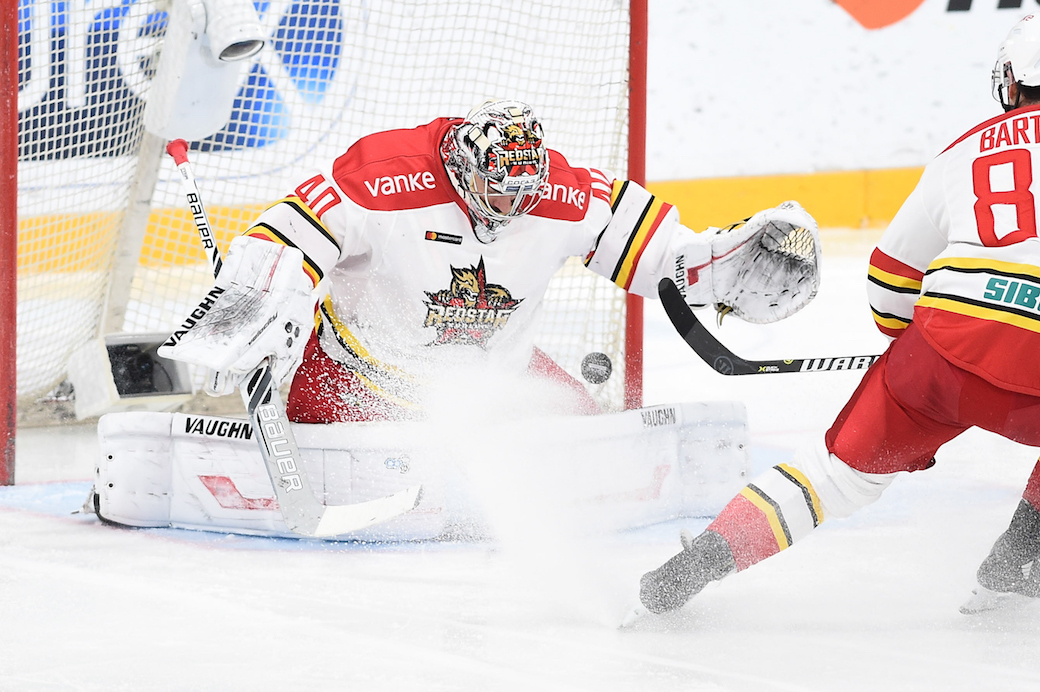 Avangard signed several checking-line forwards in this offseason, like Potapov, Grachyov, and Dedunov, and thus it was clear that other similar-style players had to find themselves a new team. One of these players was Mikhail Fisenko, who spent the latest two seasons with the Hawks. Now he will be part of the team that Avangard swept in the 2019 Gagarin Cup playoffs’ first round. Ak Bars’ interest on the power forward is logic since their new head coach – Dmitry Kvartalnov – usually preaches an aggressive style of hockey. Moreover, Kvartalnov already worked with Fisenko, when both were part of Sibir Novosibirsk seven seasons ago.

A long time ago, at the turn of the century, Evgeny Artyukhin had already played for Vityaz. From there, he moved to the QMJHL, where he tried to build himself a career overseas. Today, Artyukhin is 36, and he just signed back in the Moscow Region. However, probably the team wanted to sign Artyukhin even earlier when the team was known for its aggressive style. The big man is though now back in the Vityaz jersey after sitting off a year. But also Vityaz has undergone many changes. 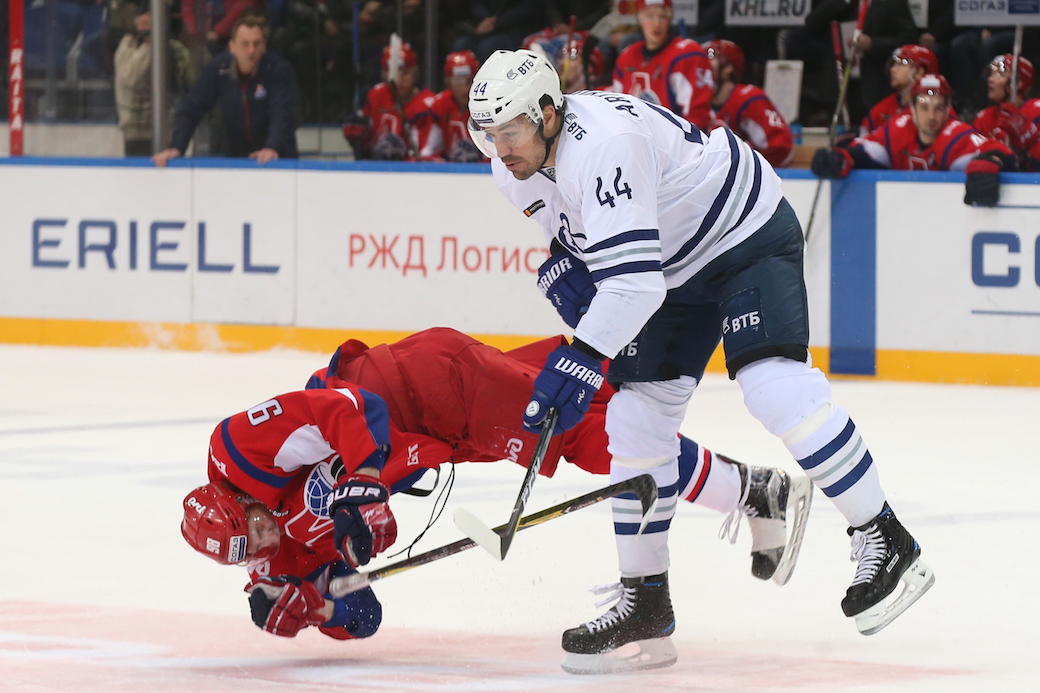 Finding a replacement for Joonas Kemppainen isn’t an easy feat. The Finn center, after a strong season played side to side with Linus Omark and Teemu Hartikainen, moved on signing with SKA. However, Salavat Yulaev found a new first-line center once again in Finland. Sakari Manninen is a different player. He was the second top scorer for Jokerit last year and is a fast and smart player. However, his eight of just 170 centimeters won’t physically allow him to play the same hockey as Kemppainen. How will it be for Omark and Hartikainen?

The former Dynamo Moscow captain is back at home. It’s not given that he will keep on wearing the C, but this transfer is nevertheless a significant event. Moreover, other than signing Alexei Tereshchenko, Dynamo has also renewed its ties with goalie Alexander Yeryomenko, and the fans will be glad to see the team’s history playing a significant role. However, Tereshchenko didn’t stop being a Dynamo-man even for a minute. Last year, the 38-years-old veteran, played in Minsk.

Pavel Varfolomeyev. From Metallurg to Torpedo

The feel-good story where the team’s forgotten son got back home and became Sergei Mozyakin’s heir, unfortunately, didn’t happen. Pavel Varfolomeyev didn’t manage to become for Metallurg what he was for Yugra. He was often criticized by Metallurg’s head coach Jozef Jandac, not always deservingly so, and lost a spot in the roster. David Nemirovsky managed to give Damir Zhafyarov a second youth in Nizhny Novgorod, so why not to repeat the trick with Varfolomeyev? Moreover, the dynamic duo Parshin and Galuzin left the team. Therefore Varfolomeyev has all the tools to find himself in the team’s second line.

Torpedo didn’t limit itself to the Varfolomeyev signing but decided to sign also the American forward Jordan Schroeder. Just like last year, the team is filling its import spot with players coming from North America. Schroeder is 28 and played some 170 games in the NHL but could have played more. In his youth, he was one of the top American prospects. Jordan took part in three World Junior Championships and won the gold medal at its third attempt. However, he couldn’t become a full-time NHL player in Vancouver – that picked him in the first round of the 2009 entry draft – nor in Minnesota, nor in Columbus. He couldn’t live up to his potential, but he has all the tools to become a successful player in Europe.

The NHL career of the second Toronto Maple Leafs Russian defenseman turned out to be very short. Differently from Nikita Zaitsev, Igor Ozhiganov couldn’t find himself in a position to sign a long-term contract in North America. Or maybe he didn’t want to? The former CSKA blueliner was a full-time member of the Maple Leafs, and before the Canadian franchise acquired Jake Muzzin, he played 53 games for Toronto with significant average time on ice. Ozhiganov made a step forward if compared with the previous year, where he lost a roster spot with CSKA. Now he signed in Kazan, where the team, after the loss of Andrei Markov and Paul Postma, had an opening for an offensive defenseman. And the most important thing is that he will join again Dmitry Kvartalnov, a coach who always trusted Ozhiganov. 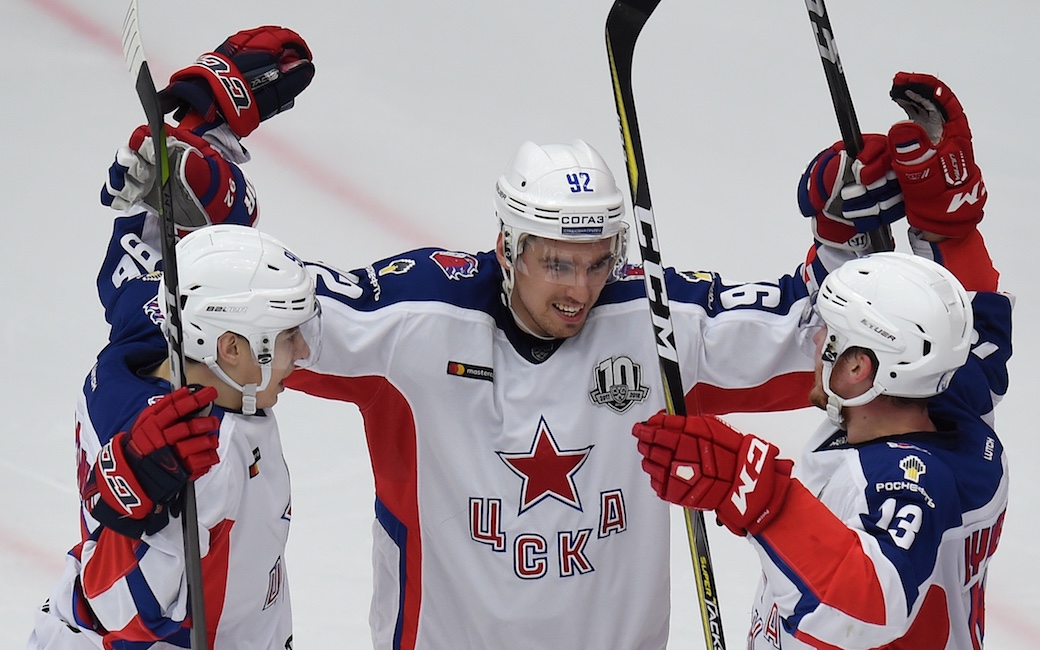 Yegor Yakovlev also lasted only one year overseas. This is probably because he played in the big league only 25 games for the Devils. He spent on the bench or in the AHL all the rest of the season. This was certainly not what a player with his resume was waiting. However, Yakovlev decided not to get back to SKA, where he played before signing with New Jersey, and not even to Lokomotiv, where he got his feet wet in pro hockey. Not many remember that the defenseman, who graduated in 2011 from the Ak Bars system, is a native of Magnitogorsk. Next year, Yakovlev will represent his hometown for the first time in his professional career.