Traktor keeps on signing players from Chelyabinsk, Petrov moves back to Kazan, Torpedo signs a Swedish giant and the League’s best guitarist moves to China. KHL.ru sums up for you the best moves of the last week.

Alexei Kruchinin. From SKA to Traktor

Not even one year and one of the best players of last season’s Traktor is back to Chelyabinsk. It was expected that Alexei Kruchinin’s move to his native St. Petersburg would last long, but he failed in winning a full-time spot in the SKA’s stacked lineup. From time to time, he was demoted down to the farm team, and he played four regular-season games, as well as three playoff matches for SKA-Neva. Of course, this wasn’t enough for a player who made the roster of the Russian-B national team. In Chelyabinsk, Kruchinin will get back to be a key player for the team. However, he won’t have Vitaly Kravtsov, with whom he formed a very dynamic duo in the 2018 Gagarin Cup playoffs.

Who doesn’t love Mat Maione? Everyone loves him. The long-haired Canadian forced not only Riga, but the whole KHL to fall in love with him. Because of a combination of his great offensive play and his ability with the guitar. Even Zinetula Bilyaletdinov and his shoot-out attempt weren’t on par with Maione’s solo with his guitar at the KHL All-Star game. Maione is one of the most rock’n’roll players in the League, and his transfer is a multi-continent affair. If Mat Robinson in the past moved from Riga to the Russian capital city, Maione picked the Chinese one. Kunlun’s head coach, Curt Fraser, is a American, and this should make communication more straightforward for the talented defenseman. And not less importantly, Kunlun got a player whose game can create interest and buzz around the team.

Severstal completed one of the most intriguing transfers of the last week. Not every day you see a young goalie moving from a top team to another side whose goal is simply to make the playoffs. Vladislav Podyapolsky decided to make this step. He moved to Cherepovets as a restricted free agent after his best season in his career so far. Even if his task was facilitated by Emil Garipov’s serious injury, he managed to become Ak Bars Kazan’s starting goalie. However, he didn’t deliver in the playoffs as the team was swept by Avangard in the first round. Now, it’s not guaranteed that Podyapolsky will play in the next year’s playoffs, but in any case, Severstal signed a goalie who can be its starter for many seasons in the future. 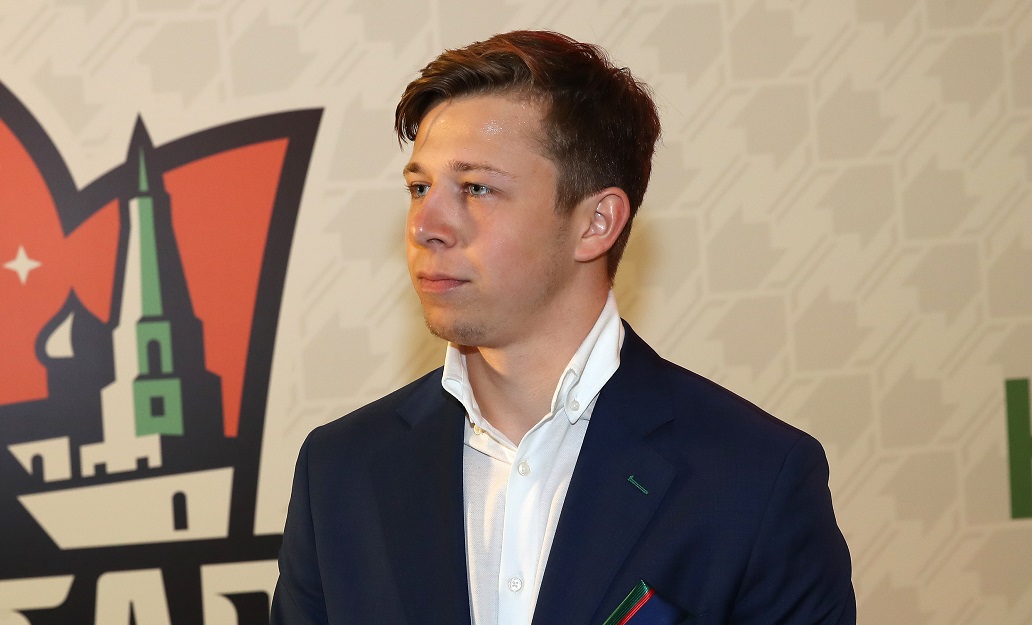 Kazan’s lost son is back in the city. Kirill Petrov, a product of the Ak Bars’ hockey system, tried to find himself a better life in Khanty-Mansiysk and in Bridgeport. Yugra helped him in becoming a full-time KHL player, while the half-season he spent with the Islanders’ farm team helped him in moving from Kazan to Moscow. In 2015, he was traded to CSKA for Stanislav Galimov. Much has happened since that time. Galimov played for a few teams, while Petrov was the main piece of another trade, as he was traded away right before CSKA started its title-winning season. Somewhat ironically, Kirill played in the Gagarin Cup finals against his former team. Now the forward will not only play in his hometown club but also under a well-known coach. Petrov had the best hockey of his career played under Dmitry Kvartalnov.

Anders Lindback. From Davos to Torpedo

Torpedo didn’t have an import goalie for a few years before signing Barry Brust last season. The expressive Canadian had the merit of breaking the tradition, and as a result, the team’s crease will be guarded by a famed Swedish goalie. Anders Lindback played eight seasons in the NHL, even if he never was a starter there. He spent his whole last year in North America in the AHL before moving to Switzerland. Playing under Harijs Vitolins, the two-meter tall goalie kept Davos in the Swiss’ top-level league and now will meet his former coach in a new League.

Geoff Platt. From Jokerit to Avtomobilist

Before that the elite division started battling in Slovakia, Kazakhstan and Belarus were trying to get back in the WC’s top. As a result, both teams managed to get the best of Slovenia, led by Anze Kopitar. One of the top players of the Division I World Championship was Geoff Platt. With seven points in five games, the Canadian forward with a Belarusian passport shared the top-scoring honors with other three players. Hardly the Avtomobilist’s staff signed Platt because of his excellent play with the national team, but they exactly feel like they improved their roster by signing the former Jokerit player. And not less importantly, the team won’t have to spend an import spot on him. 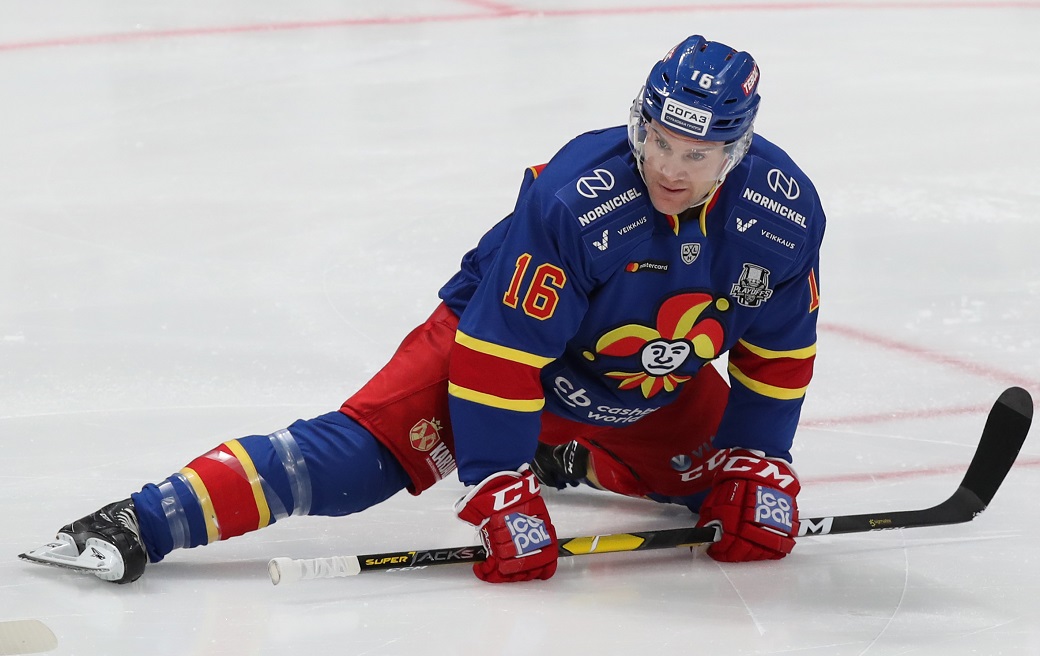 Dmitry Kalinin. From Spartak to Traktor

Dmitry Kalinin spent 20 years far from home. In 1998, the young defenseman was picked in the first round of the NHL draft by the Buffalo Sabres and moved overseas. Since then, he didn’t play for Traktor. In the 2004-05 lockout season, he signed with Magnitogorsk, then he settled back in Russia joining Salavat Yulaev. During his wanderings, he won three World Championships and two Gagarin Cups. Now, he’s going to return his debt to his native city. The 38-years-old defenseman has moved from Spartak to Traktor as a respected veteran and probably Traktor’s next captain.

Yet another new player for Traktor. Another defenseman. And another native of Chelyabinsk. Differently from Kalinin, who however spent a couple of seasons with the senior team, Vitaly Menshikov played only for the farm club. He paid his dues, but his move to the top was long and hard. The Universiade served as a launching board for him to move from the VHL to the top level. He didn’t get back to the second tier and even played at the Euro Challenge with the Russian national team. Menshikov should be an ideal completion for Peteris Skudra’s team. The Latvian coach likes players with character, and he will undoubtedly keep in high consideration Menshikov’s ability to step up for his partners. 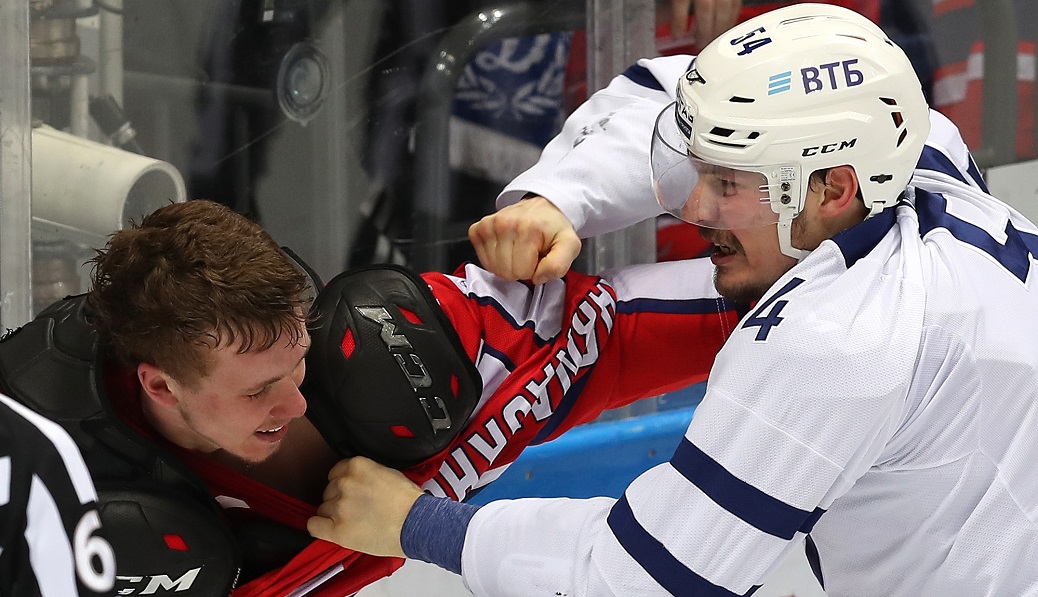 Fyodor Belyakov. From CSKA to Avtomobilist

Just two years ago, defenseman Fyodor Belyakov was one of the best shot-stoppers in the League. Because of this ability, he was nicknamed “magnetman.” He earned this reputation playing with Sibir, but after he moved to Salavat, his career was just not the same. He changed many teams, and he spent most of the last season in the VHL. With CSKA, being on a two-way contract, he played only one game. Now the defenseman will try to rebound back to his usual play and will form a significant part of the Ural wall as Avtomobilist is rebuilding its defense.

Yakov Rylov. From Metallurg to Spartak

Gradually, we’re trying to see what Oleg Znarok’s Spartak will look like. After signing Gennady Stolyarov, who captained multiple teams at the KHL level, the White-and-Reds signed Yakov Rylov. In Magnitogorsk, the veteran defenseman didn’t play in the powerplay situations, but he has all the tools to be useful in any situation for the Moscow-based team. Oddly enough, he played for HC Dynamo only before and after Znarok coached the White-and-Blues. But now finally the two will meet in Spartak.