2019 transfers: Lokomotiv and Metallurg as the main sensations

A new center for Mozyakin, Canadians teammates for Azevedo, a Frenchman in Yaroslavl and how SKA found a replacement for Datsyuk and Prokhorkin. KHL.ru analyzes the most important moves in the first week of the free agency.

Andrei Loktionov. From Lokomotiv to Metallurg

Since Jan Kovar left Metallurg, Sergei Mozyakin didn’t have such a productive partner in the middle. As much as he is an individually excellent player and the KHL all-time scoring leader, he just wouldn’t be the same player if it wasn’t for his linemates. As the saying goes, the retinue plays the king. The acquisition of Andrei Loktionov is an attempt to give Mozyakin a second youth.

Even though the forward played significant portions of the last season playing on the wing, everyone knows the Voskresensk native as a center. In the past, he even centered the national team’s first line at the IIHF World Championship, playing with Alex Radulov and Ilya Kovalchuk. Today, Andrei became a central figure in the Metallurg’s transfer window activities: filling a critical gap in the middle with a Russian player in his prime is a great way to save an import spot.

Vladimir Galuzin and Denis Parshin. From Torpedo to Metallurg

Metallurg’s GM Gennady Velichkin didn’t limit himself to sign Loktionov but strengthened all his team’s positions. Signing Paul Postma, Brandon Kozun, and Eric O’Dell, Metallurg made a step forward, but let’s pay more attention to the acquisition of the two Nizhny Novgorod forwards.

Vladimir Galuzin and Denis Parshin are first and foremost a well-oiled duo. They played together the latest two seasons and their line, completed by Mikhail Varnakov, was the best for Torpedo, along with the international one. Now, the dynamic duo will increase Metallurg’s offensive depth, something that the team really needed last year. It’s noteworthy to mention that Galuzin, a native of Nizhny Novgorod, never played for other teams if not counting HK Sarov, Torpedo’s farm team in the VHL. Metallurg will become Parshin’s fifth team in the league.

Petri Kontiola. From Metallurg to Jokerit

It’s strange to imagine that, but Kontiola missed only one KHL season, the inaugural one. In 2009 summer, the Finn moved to Magnitogorsk and became a constant member of the League. He tried to get to the NHL but managed to play only 11 games for Toronto’s farm team. In these seasons, Kontiola earned the reputation of one of the Old World’s best centers. He not only represented Finland at several IIHF World Championship but as a Traktor’s player, he won the bronze medal at the 2014 Olympic Games in Sochi. Today, Kontiola is 34, and it’s perhaps the right time to get back home. Other than the Finnish league, the only other option would be signing with Jokerit. The forward doesn’t play at home since 2007 when a very young Kontiola was Tappara’s top scorer.

When Avtomobilist announced on May 1 that eleven players were leaving the team, the most surprising name in the list was Stephane Da Costa. The Frenchman didn’t perform well in the playoffs, but in the regular season, he was his team’s most shining star. Without his 22 goals and 48 points, hardly Avtomobilist would have won the Eastern Conference. Da Costa is one of the most spectacular players in the NHL. 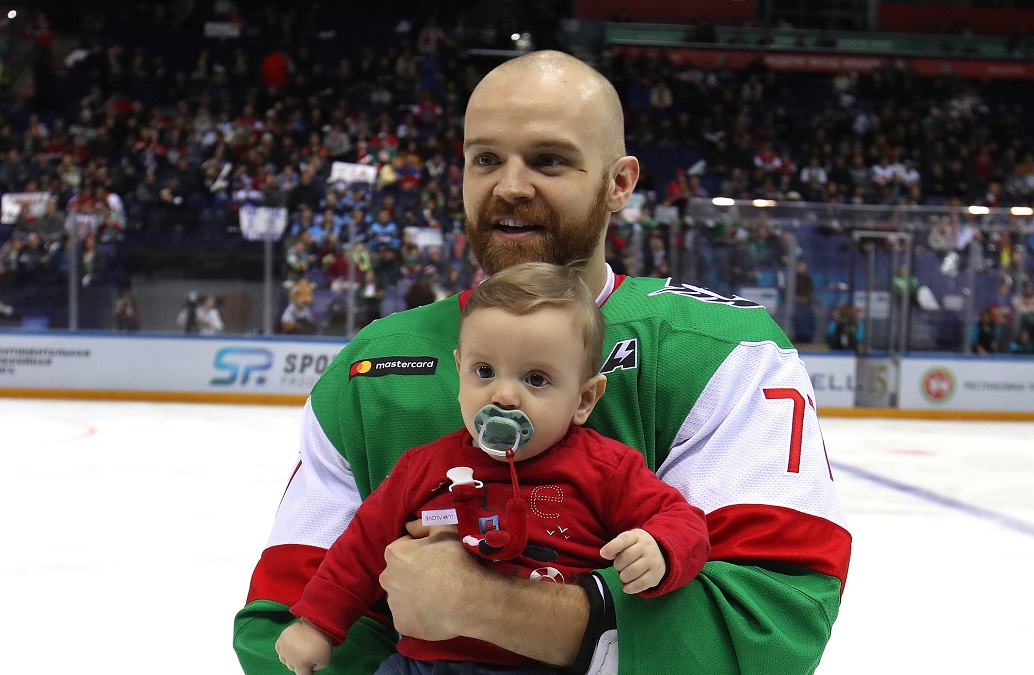 In any case, Avtomobilist decided not to renew ties with him. But a player like him is not going to be unemployed for a lot of time, and he signed with Lokomotiv. In Yaroslavl, the boards decided to strengthen their import options, and Da Costa looks better than Kozun, as confirmed by this year’s stats, but not only. The Railwaymen will only have to hope for the Frenchman’s health. Two of three seasons he spent with CSKA were shortened due to severe injuries.

Other than Da Costa, Lokomotiv signed also Anton Lander. Yet another international player who looks better than the player who left his place. The Swede is younger than Kontiola and scored more points in the latest few seasons. In Kazan, Lander was the center of the first line and helped Ak Bars winning its third Gagarin Cup. Czech forward Jiri Sekac also left Kazan, but he isn’t featured in this article for a simple reason: the former Ak Bars’ top scorer is yet to sign with CSKA Moscow, where he was traded earlier this month.

Matthew Frattin and Patrice Cormier. From Barys to Ak Bars

Losing Sekac and Lander, Ak Bars decided to close the gap with Barys’ international forwards. Last year, Patrice Cormier and Matthew Frattin scored a combined 35 goals and were the third and fifth best goalscorer in the team, respectively. At his first season in the KHL, Cormier developed into Barys’ first line center, while Frattin scored ten points more than in his first season in the League. 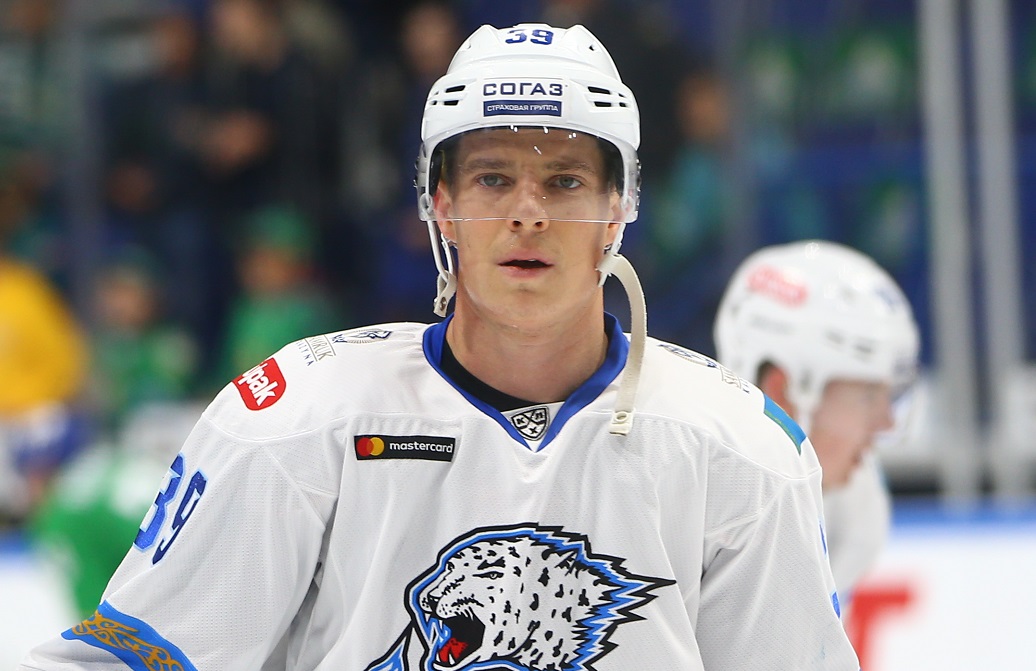 Moving from Barys to Ak Bars, the Canadian duo is now ready to fight for the Gagarin Cup. In Kazan, the coaches are ready to play them in the team’s first line, with Justin Azevedo. Most likely, the three fellow countrymen won’t have chemistry problems.

SKA suffered from severe losses in the first day of free agency as its top two centers left the team. Pavel Datsyuk announced to leave the club without adding further details, while Nikolai Prokhorkin moved to California. St. Petersburg had to study the domestic market to find a suitable substitute. Joonas Kemppainen is not Datsyuk and doesn’t hold a Russian passport, but he is an excellent player with a solid reputation in the League. If SKA was seeking a hard-working player, who can play defense and disrupt the opposition’s slot, then Kemppainen is the right signing. In the latest couple of seasons, the Finn formed a fantastic line with Omark and Hartikainen, and now he’s going to find similar chemistry with SKA wingers.

Juuso Puustinen and Mikael Ruohomaa. From Neftekhimik to Sibir

One year ago, Neftekhimik and Sibir aggressively pursued the Finnish market. In Novosibirsk, the team formed the line made up by Junttila, Peltola, and Bertrand, while in Neftekhimik their top unit featured Nattinen, Ruohomaa, and Puustinen. Not all the attempts were successful. In Sibir, only Peltola survived the whole season, while in Neftekhimik the top trio was the best for the team for the entire regular season. Sibir decided to try and correct the situation.

Puustinen and Ruohomaa moved to Novosibirsk as substitutes of the North American duo Brule and Prince, while Nattinen moved to Vityaz. Jukka Jalonen, the head coach of the Finnish national team, is known for appreciating the Moscow Region team’s new signing, the best of the pack may be Juuso Puustinen with his great shot.

Five years ago, the hottest commodity on the market was Fyodor Malykhin. Many teams fought to sign the perspective center, compared with Pavel Datsyuk. He finally signed with Ak Bars. However, he didn’t live up to the expectations and didn’t become a central figure for the team. He suffered from many injuries, but mostly he couldn’t win the coaches’ trust. In his first season in Kazan, Malykhin didn’t play a single playoff game. 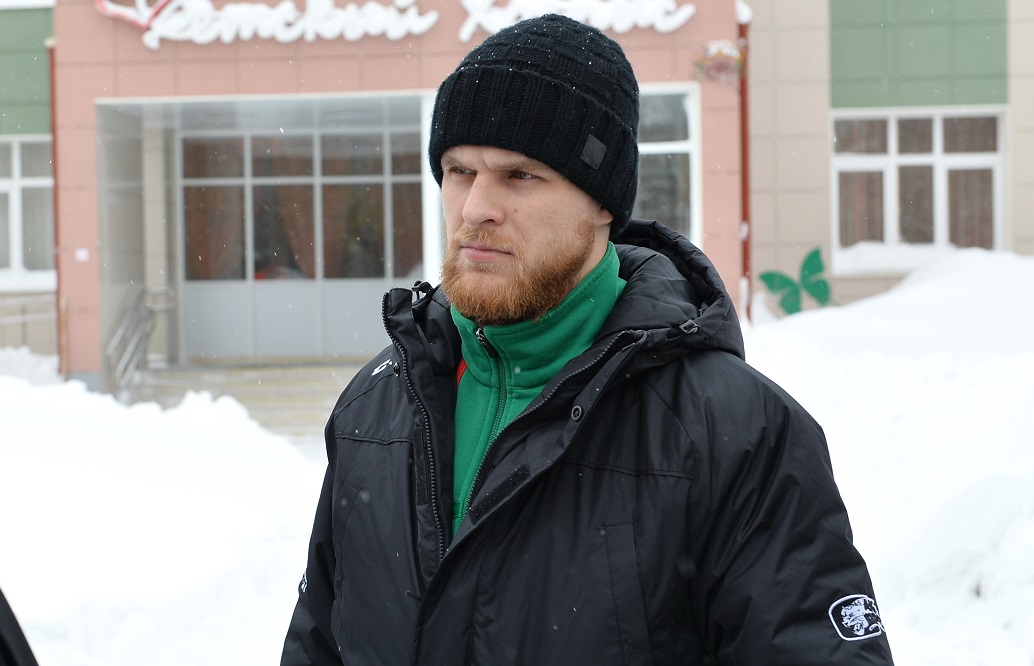 Even though he was even appointed as an alternate captain, it was clear that he was going to leave Tatarstan once his contract runs out. Ironically, he also left at the same moment when Zinetula Bilyaletdinov also left Kazan. Now Malykhin will play closer to home, in Chelyabinsk. Peteris Skudra will build his team around his new center.

Russian players move not only from the KHL to the NHL. Moves also happen in the opposite direction. Ak Bars, who traded Jiri Sekac to CSKA, is waiting for Igor Ozhiganov. It is expected that the League will welcome back Yegor Yakovlev and Bogdan Kiselevich. While they are still trying to understand what they will do next year, Czech defenseman Jakub Jerabek signed a contract with Vityaz. He already played there, and it was mostly thanks to his excellent performance in the Moscow Region team that he later signed in the NHL.

In North America, Jerabek managed to change three teams in two years, playing only one NHL game in the last campaign. In Podolsk, he will have a lot of ice time and a spot in the first powerplay unit. Oddly enough, Jerabek is not the first player to get back to Podolsk after an unsuccessful attempt to play in the NHL. Earlier, Miro Aaltonen had the same experience.