The Gagarin Cup dominates this week. CSKA is celebrating after winning the cup for the first time – and once again the KHL saw a record average attendance for postseason.

CSKA wins it all

CSKA Moscow made history when it wrapped up its first Gagarin Cup triumph on Friday. The Army Men became the first club to finish on top of the regular season table then follow up with victory in the playoffs. CSKA also recorded a 4-0 sweep of Avangard in the grand final – the first time any team has gone unbeaten through the season’s showcase. 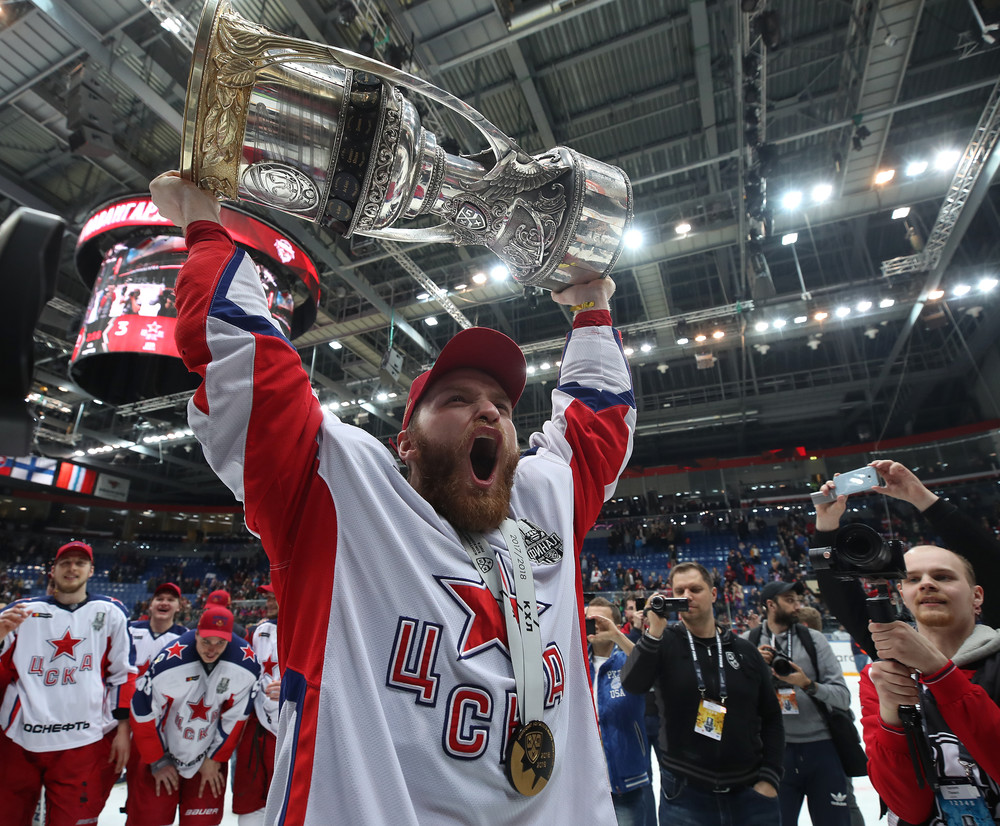 CSKA Goalie Ilya Sorokin, who was named MVP, is the first netminder to have two shut-outs in a Gagarin Cup final. His back-to-back blanks in games two and three helped him establish a record 137:55 streak without allowing a goal in the finals, beating Mikko Koskinen’s mark of 109:09. The 23-year-old also moves to 14 career playoff shut-outs, tying with Koskinen and Alexander Yeryomenko. 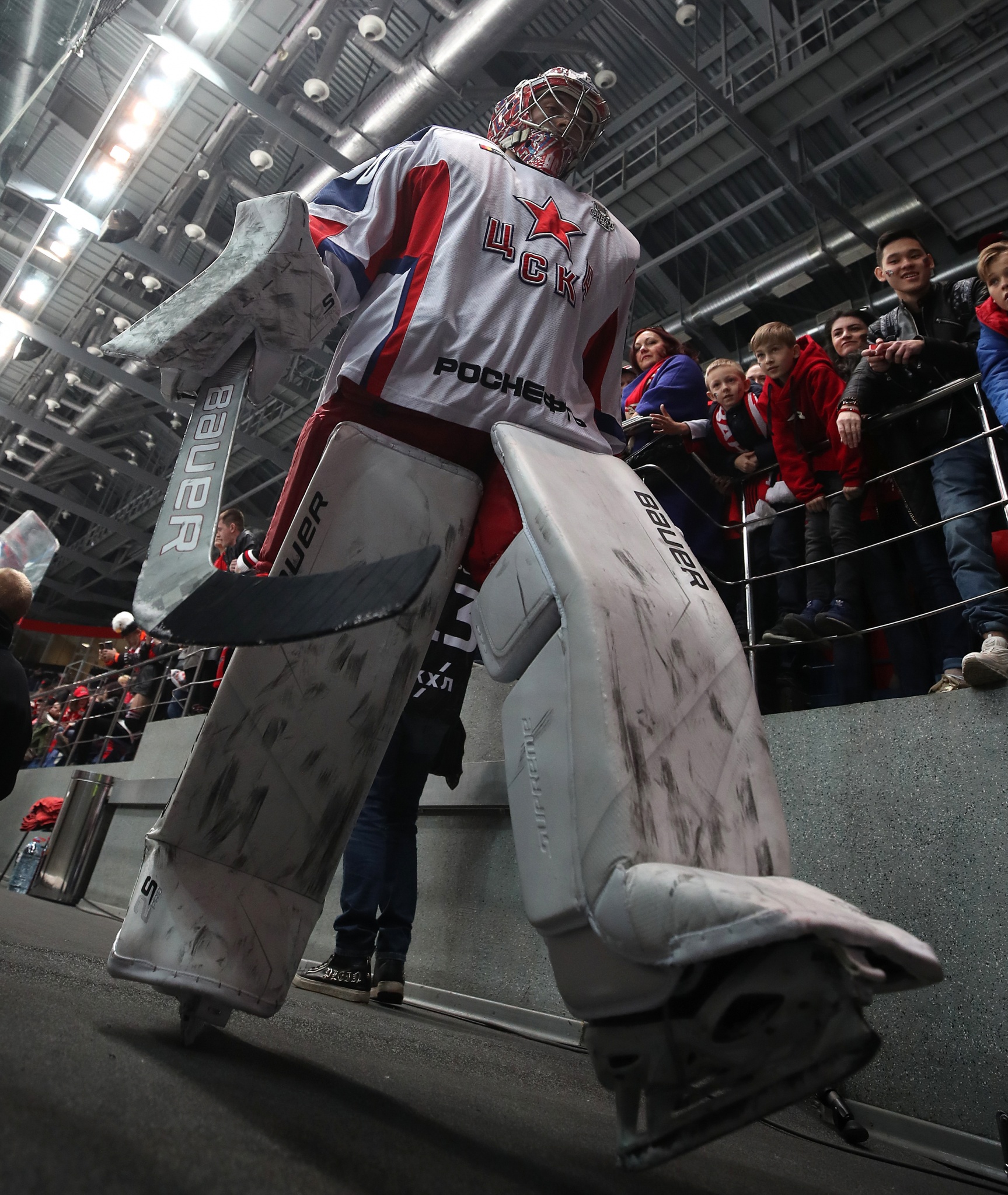 The 2018/19 season did not begin in triumphant style for Maxim Mamin. The 24-year-old forward was struggling to establish himself with the Florida Panthers and, after seven scoreless outings in the NHL, opted to return to Russia and accepted a loan back to CSKA. That decision more than paid off: the forward ended the season potting the overtime winner as his team won the Gagarin Cup. Mamin’s redirect on Mat Robinson’s point shot came in the 78th minute of game four and completed CSKA’s recovery from 0-2 on the night. “It was worth coming back,” Mamin smiled after the game. 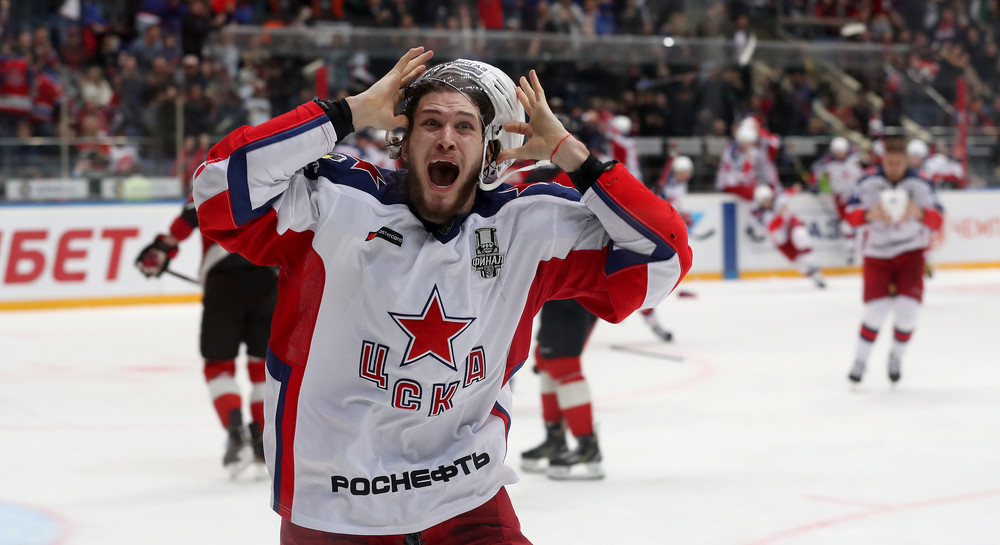 Mikhail Grigorenko, another Russian who returned from the NHL, dominated the playoff scoring. The CSKA forward, previously with Buffalo and Colorado, had 21 (13+8) points in postseason. That had him atop the scoring chart, alongside Salavat Yulaev’s Teemu Hartikainen, and made him the leading goalscoring ahead of Avangard’s Sergei Shumakov. Grigorenko also got a record four empty net goals during the campaign. The Khabarovsk native chose to come back to Russia last season in the hope of playing at the Olympics – a decision that has now brought Gagarin Cup glory to go with a gold medal from PyeongChang. 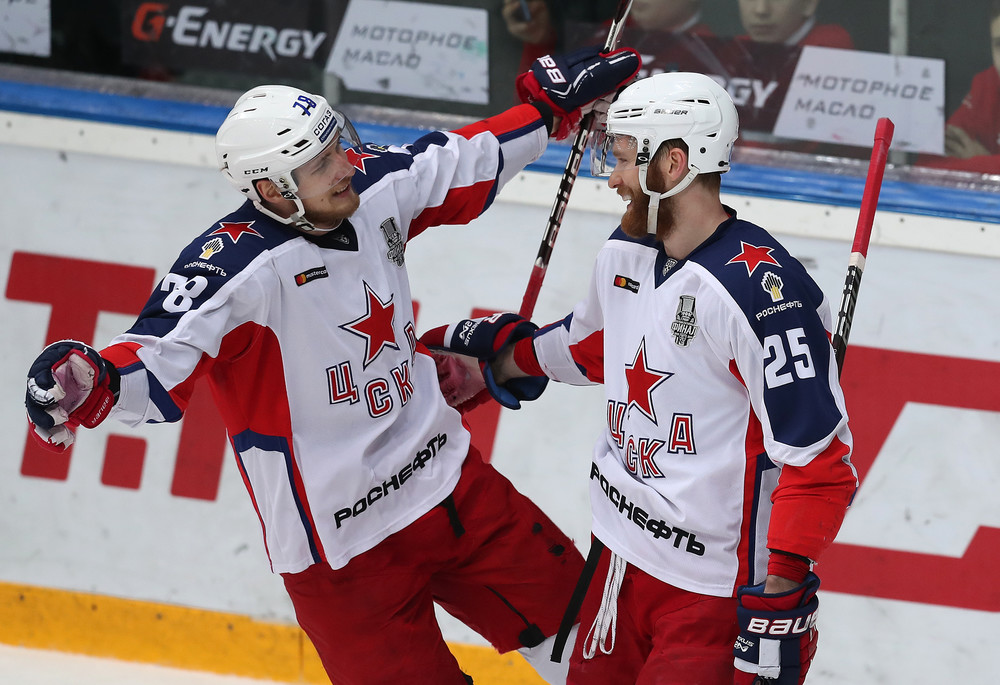 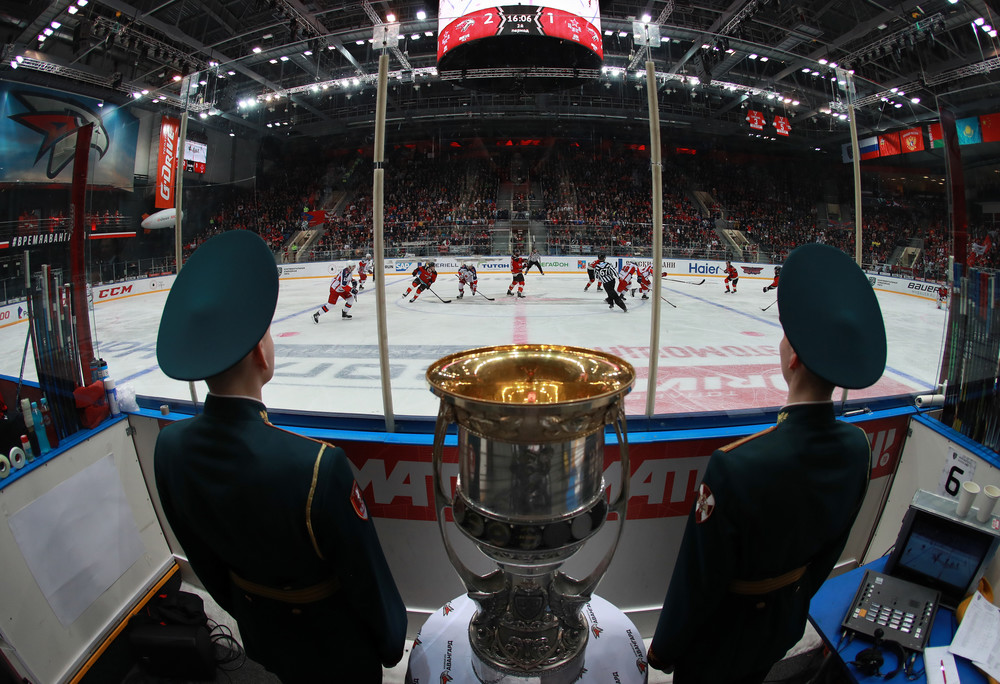 No new signings can be announced until the end of this month, but several club have moved to secure the futures of players whose contracts are coming to an end. Among the more notable names to commit to contract extensions are US forward Dan Sexton, who will continue with Avtomobilist for another season, and Slovak goalie Julius Hudacek, who remains at Spartak. Sexton, 31, had 61 (27+34) points in 70 games in his first season in Yekaterinburg, helping the Motormen to top the Eastern Conference in regular season. The former Anaheim Ducks forward played his first full KHL season in 2014-15 with Neftekhimik. Popular goalie Hudacek, 30, helped Spartak to the playoffs in his first season in Moscow and recorded a save percentage of 93.4 in this year’s postseason. The former Severstal man will continue in Red-and-White for another season.

The Gagarin Cup may be won, but that’s not the end of the story for KHL players as the international program gets into full swing. Next weekend, Torpedo goes to England to play two exhibition games against Team Great Britain. Back in February, Dinamo Riga took on GB in front of a sell-out crowd in Coventry as the Brits began their preparations for their first World Championship campaign in 25 years. Torpedo will help to conclude that process with action in Nottingham and Sheffield on April 27 and 28. Next Monday will see several KHL stars go to their national teams as Belarus and Kazakhstan battle for promotion back to the Elite Pool of the World Championship. IIHF Division IA takes place in Nur-Sultan, Kazakhstan; Slovenia, Korea, Hungary and Lithuania complete the six-team group. And, of course, preparations will continue for the World Championship in Slovakia, which starts on May 10. Team Russia’s next engagement comes in the final stage of the Euro Hockey Tour at the beginning of May.

A little piece of Riga in England