The culmination of the season is here – the 2019 Gagarin Cup final began Saturday in Moscow. The trophy itself hit the heights of Russia’s capital while, on the ice, Mikhail Grigorenko came out on top with the first ever hat-trick in a Gagarin Cup final game to put CSKA 1-0 up on Avangard. Away from the playoff action, two of Russia’s Olympic champions announced moves to the NHL.

The Gagarin Cup final is underway, with CSKA Moscow leading the series 1-0. Mikhail Grigorenko’s hat-trick was the highlight of his team’s 5-2 victory in the opening game – as well as wrapping up the Army Men’s winning start, it was also the first hat-trick in a Gagarin Cup final game. Avangard, meanwhile, might point to a key moment that went against it early in the second period: the disallowed goal when Cody Franson’s shot was deflected past Ilya Sorokin off the leg of Andrei Stas. The series continues Monday at the CSKA Arena in Moscow before moving to Avangard’s adopted home in nearby Balashikha for games three and four on Wednesday and Friday.

21 is the target to beat. Salavat Yulaev’s Teemu Hartikainen is still out in front but two players in the grand final are right behind him. Grigorenko’s blazing start to the final moves him to 19 (11+8) points, while Taylor Beck returned from injury and picked up an assist for Avangard, going to 19 (4+15). Grigorenko is also now tied for the lead in the goalscoring race, with Sergei Shumakov of Avangard level on 11. Team glory and individual prizes at stake … it promises to be another week of unmissable KHL action.

Gagarin tours the heights of Moscow

Prior to Saturday’s face off, the Gagarin Cup made a whistle-stop tour of Moscow, taking in several of the city’s attractions. But this was no tour-guide cliché of Red Square and Gorky Park – the 2019 route saw the trophy up on high before dropping in on some hockey legends and exploring Moscow’s newest park. The first stop was the Ostankino TV tower, the tallest free-standing structure in the world when it was built in 1967 and still the tallest in Europe. Next, like any self-respecting Moscow commuter, it was onto the trains for a ride around town to the Federation Tower, the flagship development of Moscow-City, the contemporary commercial hub of Russia. Here, again, it was up a height – the east (Vostok) tower is the second tallest skyscraper in Russia. From there, it was off to Luzhniki and the Walk of Fame that immortalizes the greats of Russian and Soviet sport. No question about who to visit here – the monument to Valery Kharlamov, the legendary #17 who stunned the world with his play in the 1972 Summit Series. A quick ride in a cable car took the trophy to Vorobyovy Gory, another noted viewpoint to the south of the city, before heading back into town and ending beneath the Kremlin’s towers at Zaryadye Park, newly developed on the riverside site of the old Rossiya hotel. 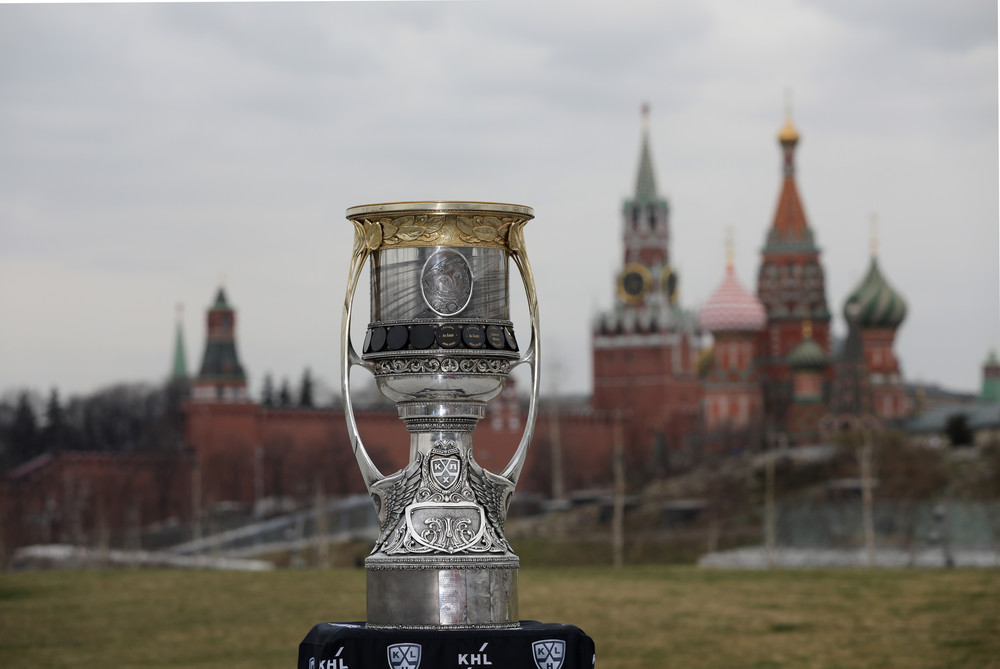 The medals for the 2019 champions were also unveiled last week. In a nod to the lavish traditions of Imperial Russia, there’s a direct link to the legendary Faberge brand that so captivated the Tsars. This year’s medals are the work of Vladimir Maizel, a direct descendant of Andrei Maizel, who was a craftsman with the famous Faberge firm.

Each medal has a brass alloy base plated with nano-ceramics, processed gold and nickel. In total, 220 medals are ready: 55 gold, 55 silver and 110 bronze for the defeated conference finalists SKA and Salavat Yulaev. Sharp, crystalline angles evoke the ice and the battles between the players. It takes about three months to prepare all the medals, a process Maizel likens to the season-long efforts to become a Gagarin Cup winner. “Our masters can be compared to the players who are striving to achieve their goal,” he said. “For us and the players alike, the weeks before the finals are a period of intense and passionate activity, a real race.” 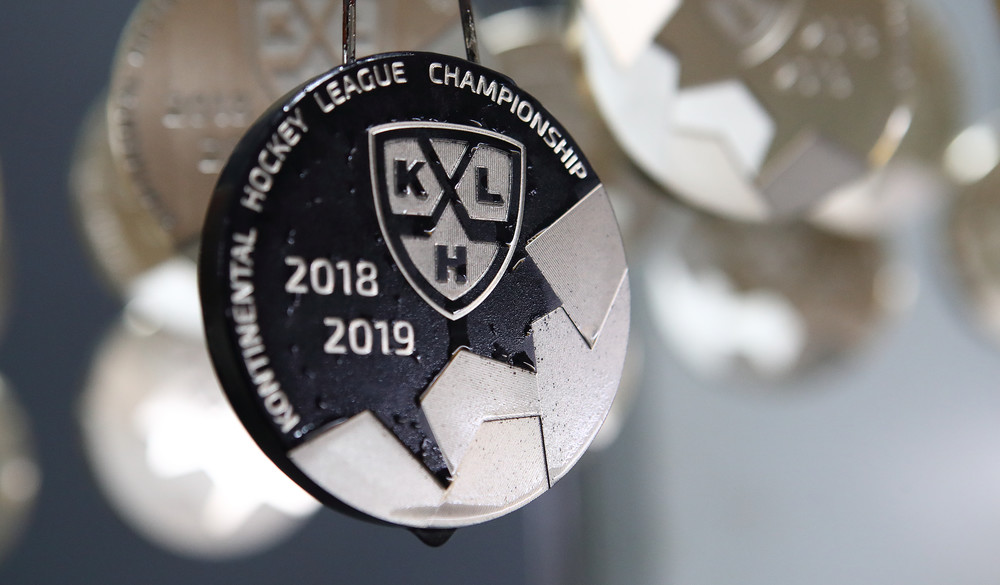 The Conference finals produced 13 games in total, the first time since 2013 that we saw two series go as deep as the match-ups between Avangard and Salavat Yulaev in the East, and CSKA and SKA in the West. More games means more fans and once again the KHL’s followers delivered an attendance record: in total 123,097 spectators attended the games, a record-breaking average of 9,469. And, lest we forget, all this happened while Avangard plays its ‘home’ games far from Omsk. Overall postseason attendances are up 11.3% on last year and there is every reason to anticipate a total of more than 700,000 people attending a playoff game by the time Avangard or CSKA lifts the Gagarin Cup. 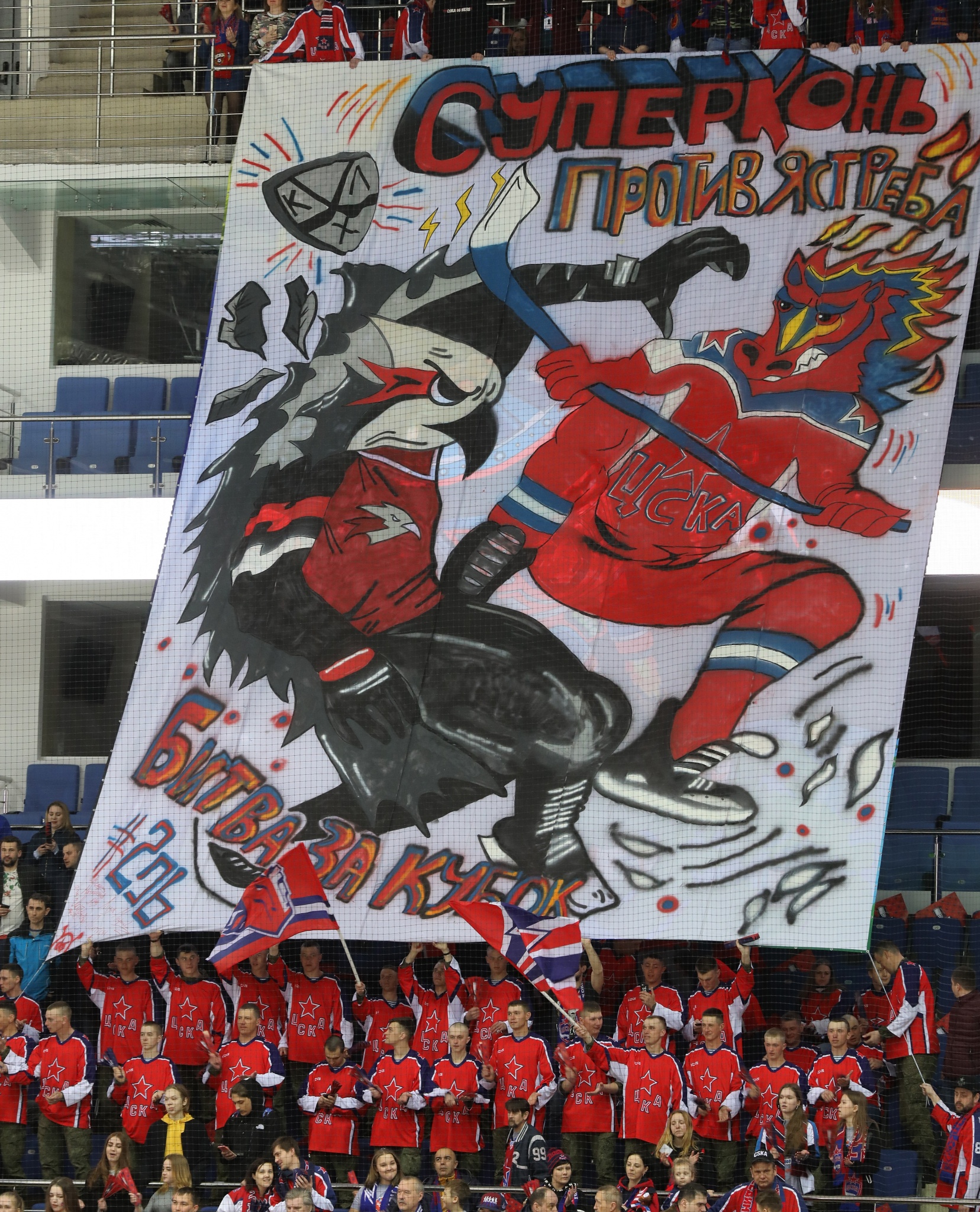 Nikita Gusev and Vladislav Gavrikov, two key figures in the successes of SKA and team Russia in recent seasons, are heading for new challenges. The pair have ended their contracts with the Petersburg team after accepting qualifying offers that would give SKA first refusal on them if they return to play in the KHL.

Gusev, 26, has already signed a contract with Las Vegas Golden Knights of the NHL and is expected to join his new team-mates today after inking a one-year deal. Vegas is currently in first-round playoff action against San Jose and leads 2-1 in the series after last night’s 6-3 success. He’s been described as ‘the best player outside the NHL’ in some North American reports and arrives at last season’s beaten Stanley Cup finalist off the back of a career high 82 (17+65) points in regular season. In total he had 400 (147+253) from 458 games for SKA, Ugra and CSKA in his KHL career.

Gavrikov, meanwhile, is about to become a Columbus Blue Jacket. The defenseman signed a two-year deal with the club that drafted him in 2015. The Yaroslavl-born 23-year-old had a record +48 rating in the last regular season; in his KHL career with Lokomotiv and SKA he scored 61 (20+41) in 279 games. Columbus is poised to advance to the second round of the playoffs: last night’s win over Tampa Bay opens a 3-0 lead in that series.