Marjamaki: “Our special teams failed in the playoffs”

The head coach of Helsinki’s Jokerit discusses his debut season in the KHL, his team’s first-round exit against Dynamo Moscow, and his self-critical approach, in an exclusive interview with KHL.ru.

“We lost our confidence after game two”

Marjamaki has spent some time pondering his team’s lack of playoff success this year. “I want to say first off that we were very disappointed with the way our season ended,” he says. “At the least, we wanted to be one of the top four teams in the conference, but we only achieved this in the regular season. We were the second-highest scoring team in the league with 197 goals, which I’m happy with. We finished with a +40 goal differential, and a lot of our guys set personal scoring records. We knew that our special teams had to be better,” he laments. “Against Dynamo, we had so many power play opportunities and never once converted. We gave up a bunch of shorthanded goals, too. Our opponents played well, they were very aggressive and strong on defence.”

The Jokerit coach admits that his squad had a difficult time adjusting in the playoffs. “We stuck to our style, we put a lot of pucks in the net,” he says. “But special teams were the difference. They decided the series, and our whole season. It was my first year in the KHL. The experience I gained was invaluable: now I have a better idea how to react under pressure and make improvements. It’s good that many of our players are under contract for next season, it will let us sort out these issues.”

Jokerit has a storied history with Dynamo, and not an entirely successful one: they have regularly fallen to the Moscow squad in the playoffs. Marjamaki acknowledges this. “In terms of history and statistics, this was not our best matchup,” he concedes. “We have lost to them so many times… This year, it was losing game two at home that really sunk us. Going to Moscow down 0-2 is not perfect. We didn’t have the same sort of individual talent, on the level of Dmitry Kagarlitsky or Vadim Shipachyov. After the second game our confidence was gone, we just couldn’t score.” 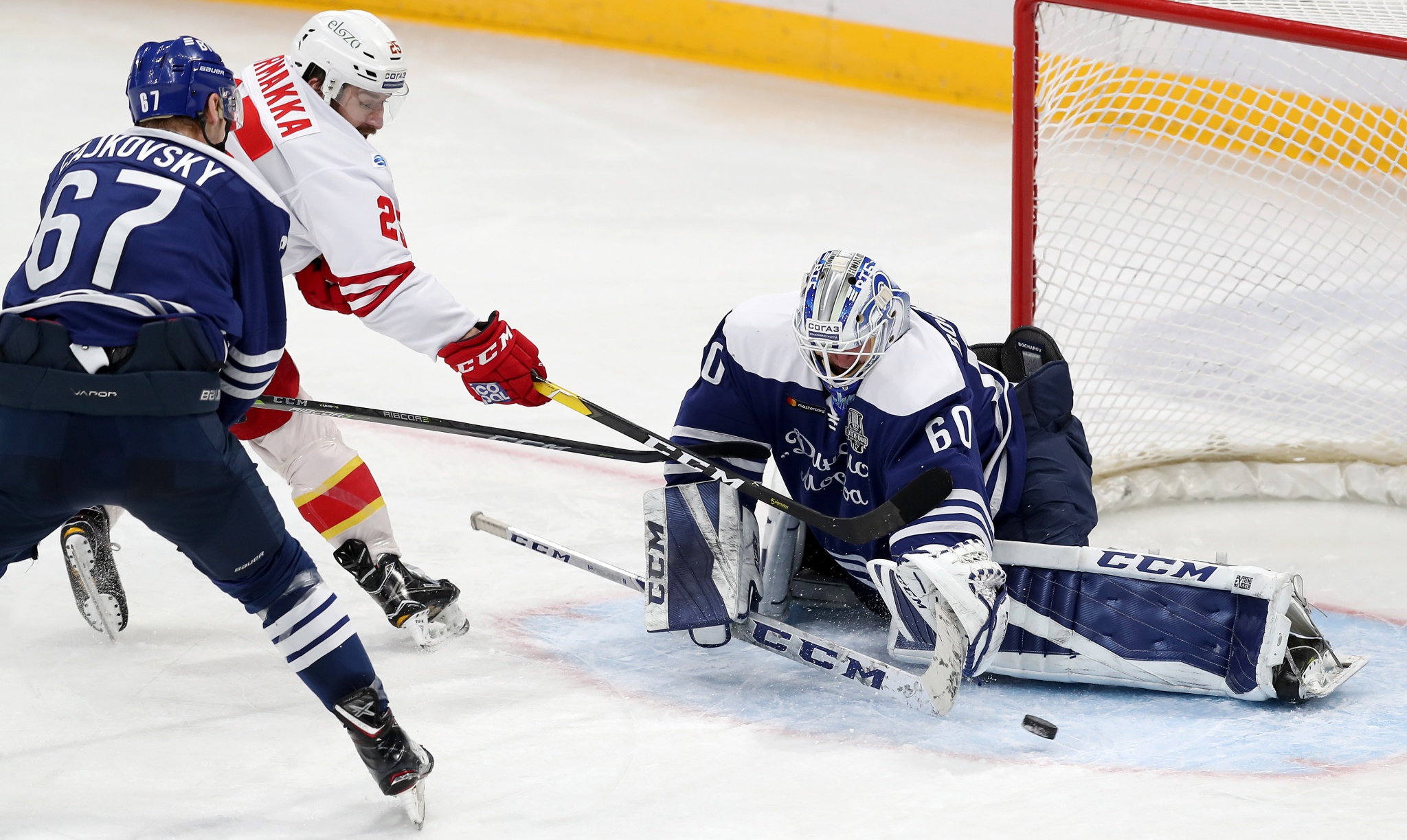 “We need elite players if we want to find success”

Going into detail on the experience he picked up this year, Marjamaki says he’s recognized some of the trends in the league. “I wanted to take a step forward in my career. The KHL is a very high-quality league, where it’s not easy to find a way to win. I watched a lot of [KHL] games when I was with the Finnish national team. I like the atmosphere at the games. Teams have a lot of different styles in this league. Dynamo, for example, they play more defensively. Especially now, in the playoffs, everyone is trying to play much more responsibly in their own end. At this point, individual skill starts to matter more. Our special teams failed, that’s what did us in. But we will be hungrier next year.”

Marjamaki is still closely watching the remaining teams in the playoffs. “I’ve seen a lot of games,” he says. “I think Avangard is the favourite for the Gagarin Cup. CSKA and SKA are also performing well. Salavat Yulaev has surprised me. A month ago, no one would have thought they’d have come this far. Juha Metsola has been unbelievable, as with the rest of the team. Their coaches have done an incredible job.”

Marjamaki’s approval of Metsola sharply contrasts with his appraisal of Jokerit’s goalkeepers and their performances. “Everyone knows that we’re not very happy with our goalies,” he says. “In the summer we lost Karri Ramo, who just played in the longest game in league history against CSKA. We need elite players in order to succeed. Simply ‘good’ is not enough in the KHL. In this, we’re very happy that so many young Finnish players are coming to Jokerit. A year ago it was Eeli Tolvanen, now it’s Kristian Vesalainen. Vesalainen was not quite as good as Tolvanen’s incredible performance last season, but he was still very helpful.”

Lastly, there have been a few changes with Jokerit’s coaching staff. Marjamaki discussed these as well. “Raimo Helminen has left to work with Finland’s national junior team,” he says. “We’ve taken Tony Virta to replace him. Ari Moisanen has also worked with us the last few weeks, and we hope he’ll stay on. He makes our team better.” 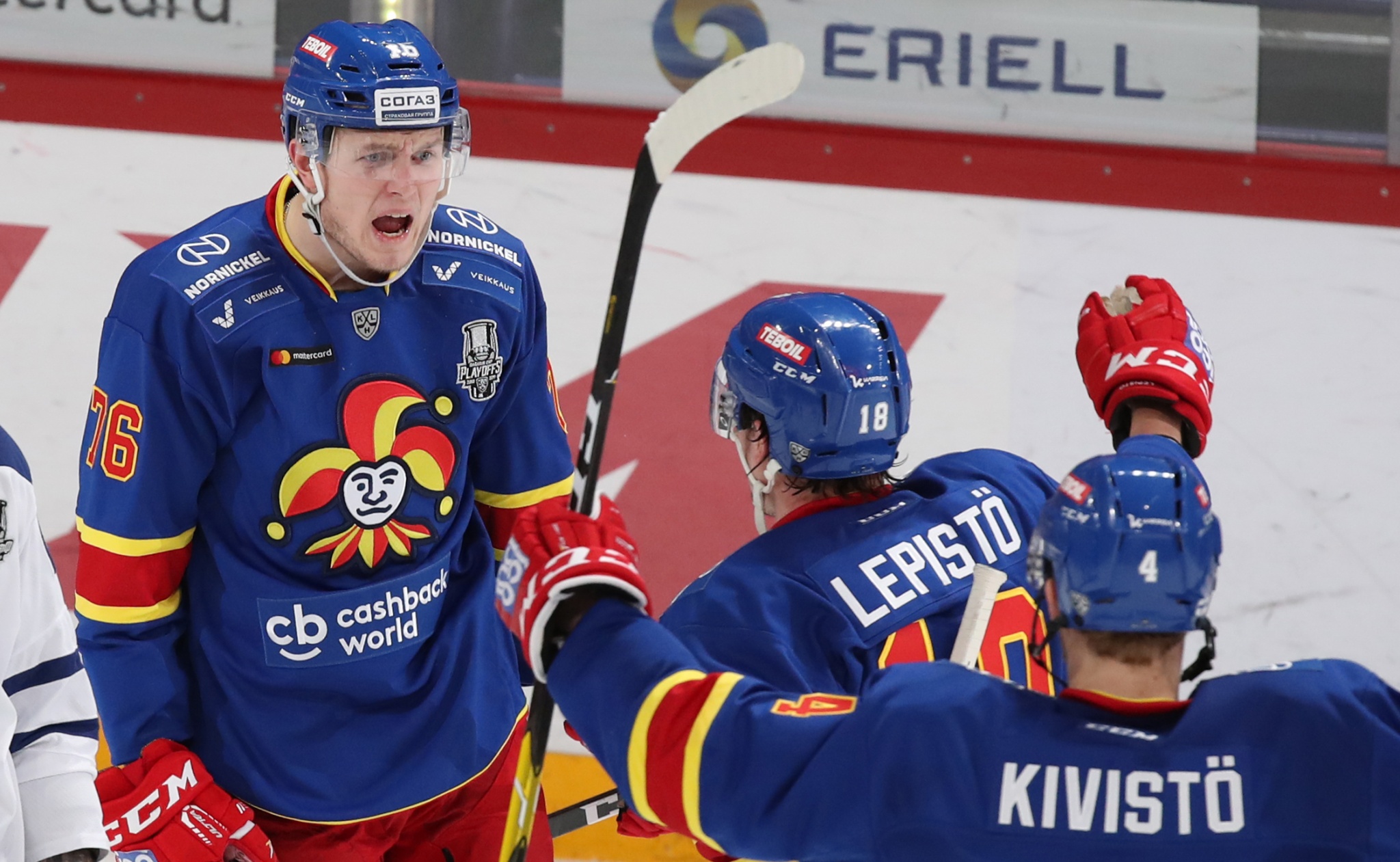 Marjamaki is sure his team will be tougher next season. “Now I know the league better,” he says. “I know what we have, and what we have to add. We need more sensations on the team, players who can decide the outcome of a game. Playing just ‘good’ hockey is not enough.”

The Finnish coach has other reasons to strive for more success next season. After winning two championships in the Finnish league, his tenure there ended with some disappointment, followed by Jokerit’s early exit this year. “It’s tough to win every day,” Marjamaki says. “Right after a win, you feel like you can do it again and again. But a new day brings new challenges. Still, I can call myself lucky: I am only 41, and I have already won the Finnish title twice. I am sure there will be more good seasons again, but I know that you will always lose sometimes. Every season is a new chance to succeed. I am very critical of myself. Sometimes I rewatch games for days, analyzing them. Every day, I’m trying to come up with something new.” 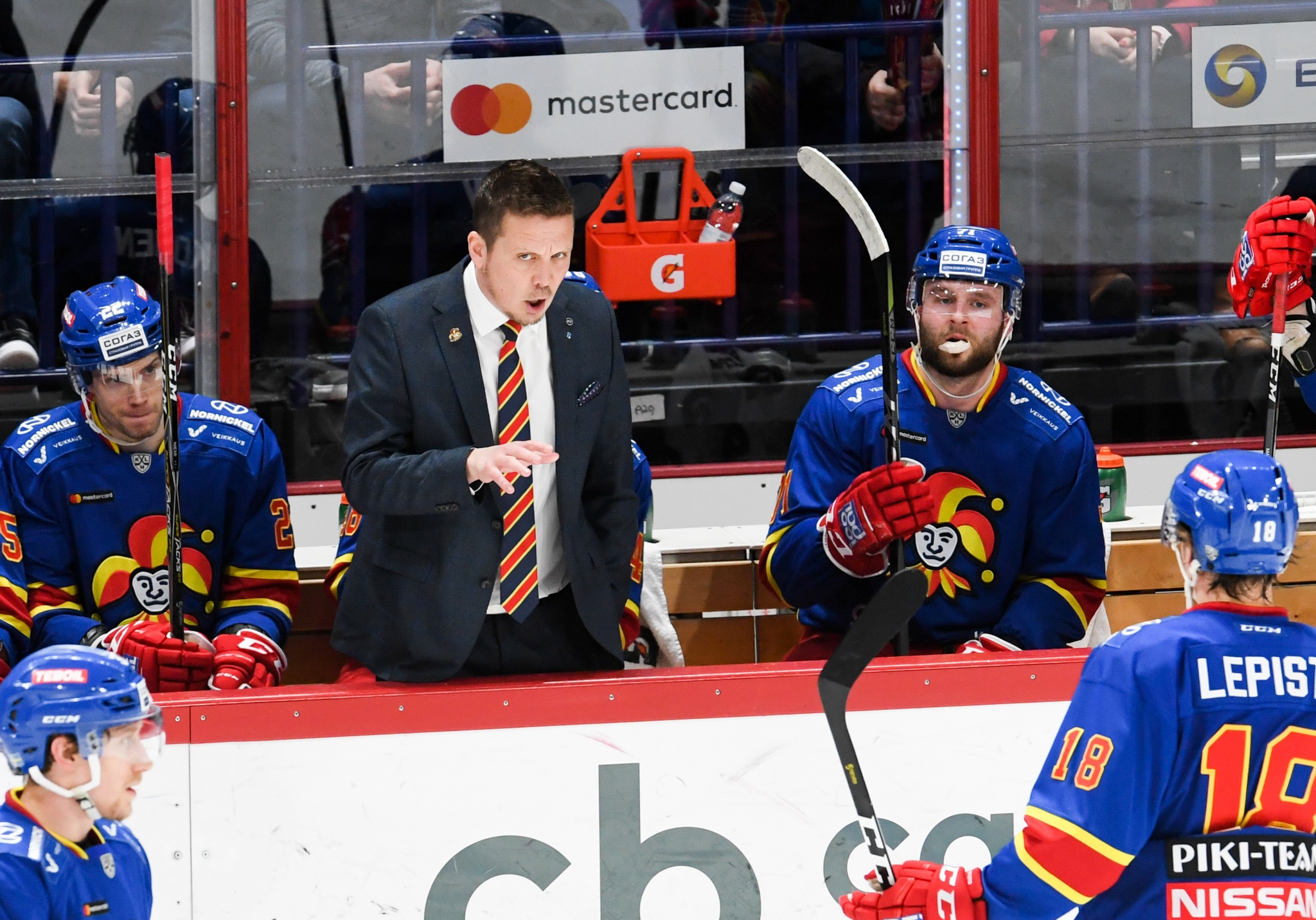