It took just 65 seconds for Salavat Yulaev to assume complete control of this game. In that brief time span, the home team scored three goals from three shots on Vasily Koshechkin to build an unassailable lead. Nikolai Tsulygin’s men went on to lead 5-0 at the first intermission, while Metallurg’s problems were aggravated when Sergei Mozyakin took a blow to the face after falling awkwardly on Vyacheslav Solodukhin’s stick. The KHL’s record-breaking goalscorer did not re-emerge for the second period with Metallurg’s bench preferring not to risk him in a cause that was self-evidently lost.

Salavat Yulaev produced an early blitz of impressive proportions. The game was less than three minutes old when the home team opened the scoring. Linus Omark arrived at the back door to convert Vladimir Tkachyov’s feed. On the next shift, Nick Shore took a cross-checking minor and Omark turned provider as Teemu Hartikainen doubled the lead on the power play. Then, with the clock showing four minutes played, Alexander Kadeikin added a third. Koshechkin had faced three shots in 65 seconds of game time; Salavat had a commanding lead.

Metallurg brought Artyom Zagidulin to the crease and Magnitka was able to spend plenty of time on the attack. However, the visitor struggled to create chances in front of Juha Metsola’s net while the home team found everything it touch turned to goals. Maxim Rybin potted a fourth, Joonas Kemppainen made it 5-0 with 10 seconds left before the intermission. Salavat Yulaev had eight shots from less than 90 seconds of possession in the Metallurg end but led 5-0.

The game was effectively over after 20 minutes and the remainder of the action reflected that. There was one belated moment for Metallurg to cheer in the 58th minute when 21-year-old defenseman Dmitry Zaitsev scored his first KHL goal in his first playoff appearance.

We made a poor start and everything was settled at the start of the game. If we don’t want another struggle like that, we need to start playing from the first face-off in our next games. We couldn’t do anything to stop Salavat Yulaev’s first line, they’ve put together a really strong combination there. I hope that in the future we will be able to neutralize them. Sergei Mozyakin took a knock. He wanted to stay in the game but given the scoreline we decided it was better not to risk him.

It was a really good game for us and I’m happy with the result. We gave our fans something to celebrate and I’m delighted for them. There’s still no news on when [injured defenseman] Philip Larsen will be back in the team. 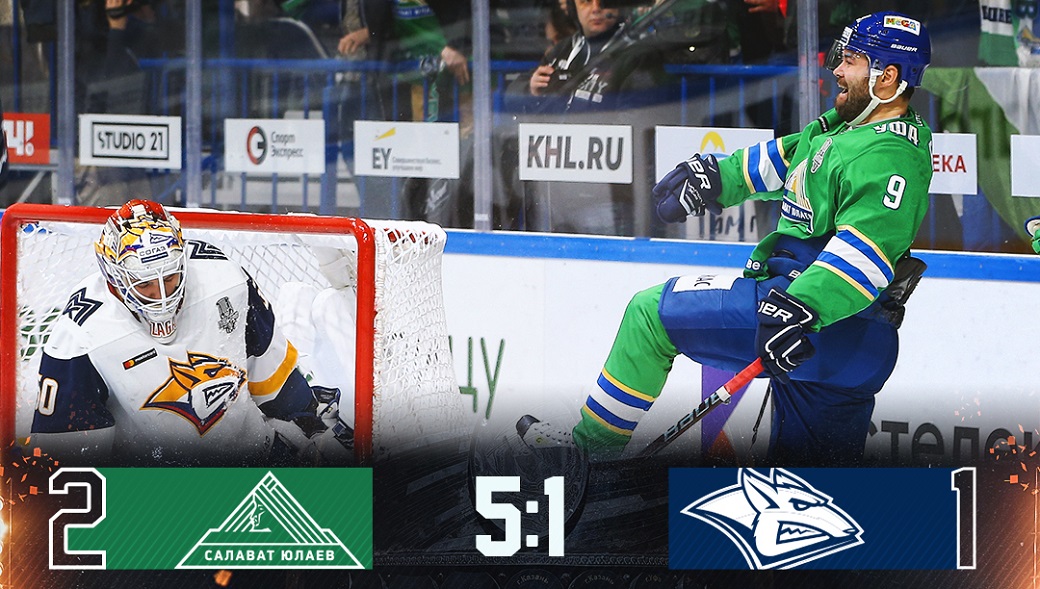 Champion on the brink of an early exit

A change of surroundings did not bring a change of fortune for the defending champion. Avangard could not repeat the six goals it scored in each of the first two games but still skated to a convincing victory in game three as the Ak Bars defense had an evening to forget. The result leaves Kazan on the brink of becoming the first Gagarin Cup holder to lose in the first round since Oleg Znarok’s Dynamo was beaten by Lokomotiv in 2014. That season was also the only occasion to date that Ak Bars failed to progress beyond the opening stage of the playoffs.

After two heavy losses on the road, it was vital for Ak Bars to make a good start. The first period was tight but the home team just about shaded the play and was fair value for its opening goal in the 16th minute. Rob Klinkhammer was the scorer, picking out a wrist shot off Mikhail Glukhov’s feed. That was the first time Kazan had taken the lead in any game of the series and brought a capacity crowd in the Tatneft Arena to its feet. It had taken some time, but maybe now the champion was ready to show its stuff.

But in hockey, momentum is everything. Instead of consolidating its advantage and closing out the first period, Ak Bars found itself short-handed as the frame drew to a close. And, seconds before the hooter, Denis Zernov tied the game when he stuffed the puck home after an Alexei Emelin shot rebounded off the post. Emelin’s assist was his first point in KHL playoff action since 2010 when he helped Ak Bars to its second successive title; now back in the KHL with Avangard, he’s seeking a third crown.

The more immediate issue, though, was which team would respond better in the second period. Would Ak Bars take heart from its most competitive 20 minutes in the series to date, or would that late Avangard goal boost the visitor? For a time, it was hard to judge: both teams saw plenty of the puck. Gradually, though, it became clear that Avangard was creating more work for home goalie Vladislav Podyapolsky and with five minutes left in the frame, Zernov got his second of the game to put the visitor in front. It was a bitter blow for Ak Bars: attempting to change on the fly, the new players were delayed when Artyom Lukoyanov stumbled; Taylor Beck quickly slipped the puck down the boards and Zernov was in the clear to tuck away number two.

Early in the third period a short-handed goal for Avangard added to the home team’s woes. It started with Ilya Mikheyev surging forward on a solo rush but should have ended when he shot into Podyapolsky’s chest. This time, though, the goalie failed to hold on; a scramble in front of the net ended with Kirill Semyonov forcing the puck home. Soon after it was four with the home defense neglecting to track the movements of Semyon Koshelev before he scored from close range.

I’m proud of our team. This was a big win for us. Over the season we had the second best disciplinary record in the league and that was evident again today. We didn’t get drawn into little niggles, we just got on with the job. That’s how we scored at even strength, on the power play and when we were shorthanded. At 3-0, it might feel like everything is coming to an end, but there’s still a long way to go.

Today it felt like our opponent was trying to hurt us. There were lots of hits to the head, late hits after the whistle. I wouldn’t like to be the one to have to explain to the relatives of one or other player why he’s sitting in a wheelchair. I know it’s a playoff, but there’s no place for play like that.

We worked hard to prepare for this game, the guys tried to do everything that they had to do. The first period was fine but, unfortunately, at the end of the second we were caught out after an error. Like I said, the team is working hard but things aren’t quite happening for us.

As for the hits, I don’t believe anyone is specially trying to injure an opponent. It seems to me Bob was overly-emotional in his comments. I didn’t see any intent to hurt players. Yes, we played hard; nobody wants to lose. 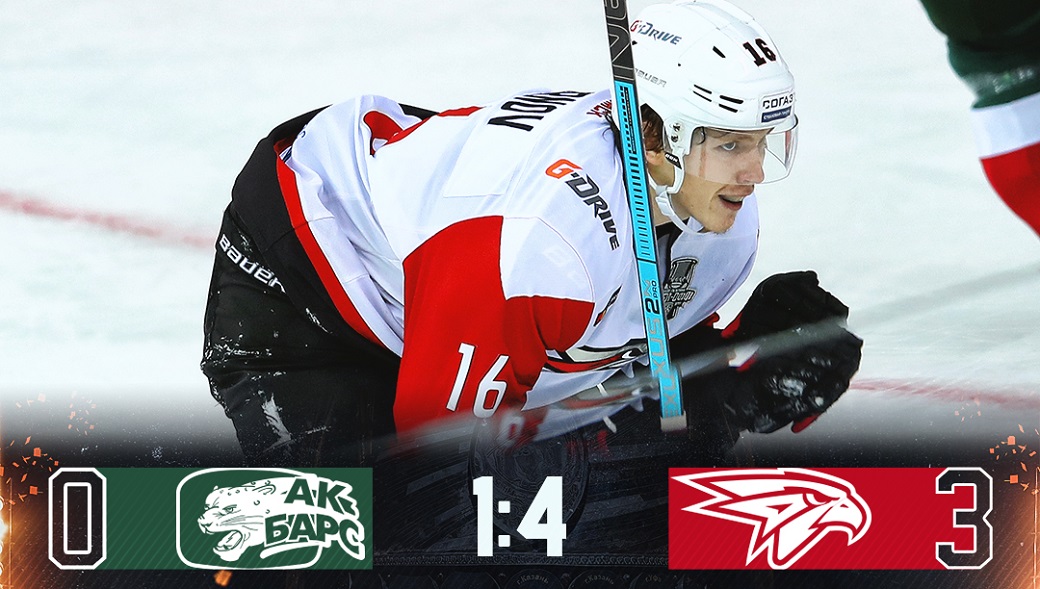