Today, February 22, will be the last regular-season game day. The Western Conference is yet to elect all its playoffs participants, while in the Eastern Conference, the powerhouses Ak Bars, Metallurg, and Avangard will battle to get the best possible seed. KHL.ru remembers the most incredible regular-season endings in its history. 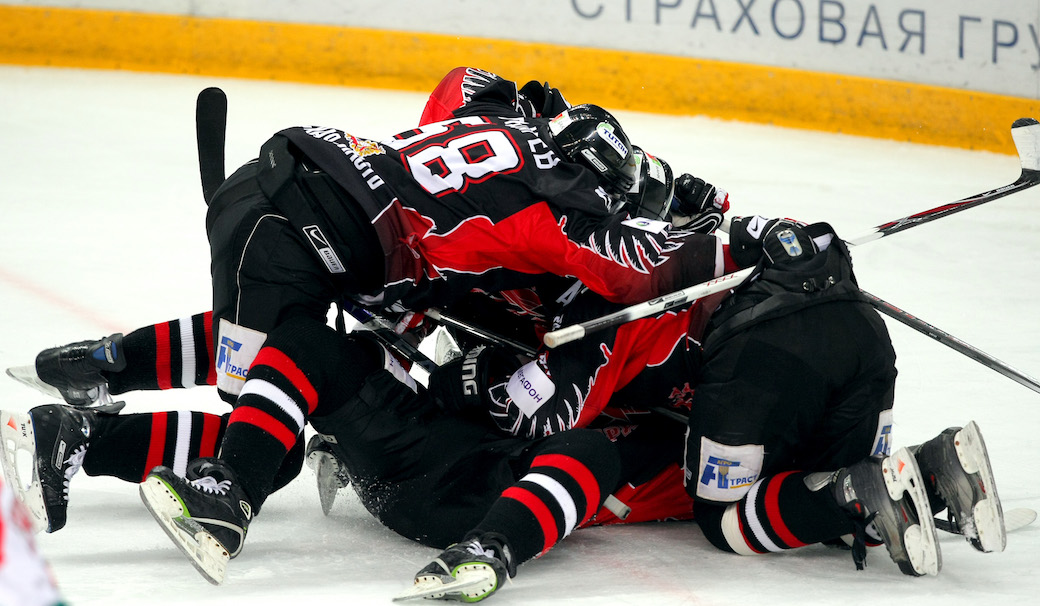 In the inaugural KHL season, the League wasn’t split into Eastern and Western Conference, and only the top-sixteen teams overall could secure themselves a playoffs spot. One of the most decorated clubs in the post-Soviet history – Avangard Omsk – sensationally was on the verge of not getting to the postseason. The team led by Jaromir Jagr lost to Ak Bars at home its very last regular-season game and thus their fate was in the hands of the opponents. Neftekhimik and Barys won their matches, securing themselves a ticket to the Gagarin Cup playoffs. Severstal Cherepovets was trailing Avangard by only one point and was about to face Metallurg Magnitogorsk in the final regular-season match. At one minute to the horn, the game was tied at one, and Severstal was set for the playoffs. However, at 59:04, Denis Khlystov gifted Metallurg an incredible win, also getting Avangard to the postseason.

If Khlystov didn’t score that game-winning goal, maybe we wouldn’t have the chance to see the sixteenth seed defeating the regular-season champion and an incredible quarterfinals series against Ak Bars, where Omsk was at only fifteen seconds to the next round. However, a powerful shot by Ilya Nikulin sent the game to OT, where Oleg Petrov sealed the deal for Ak Bars in their path towards their first Gagarin Cup. 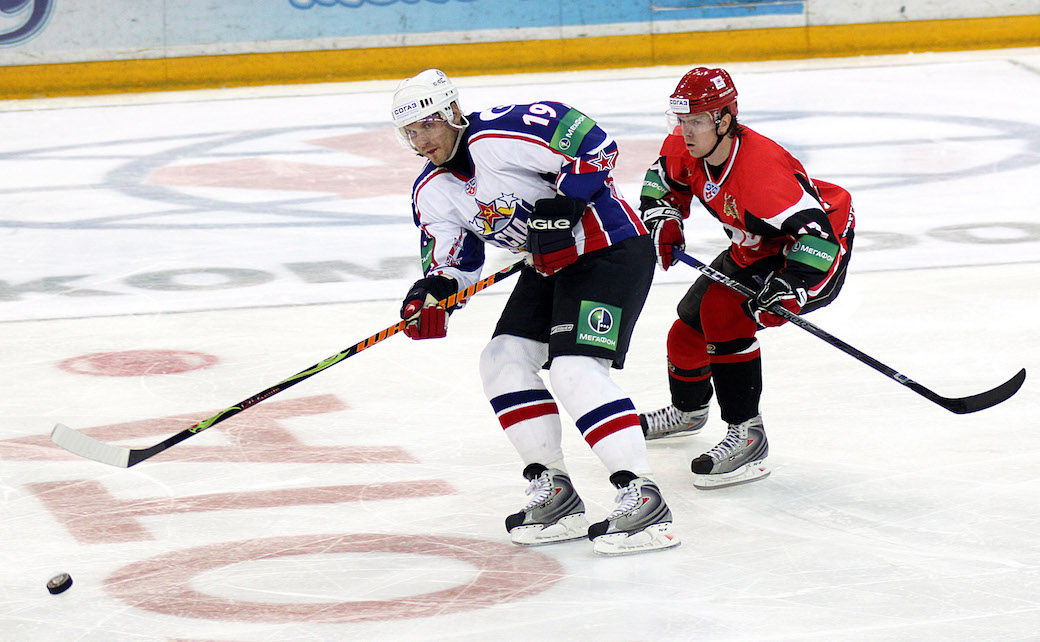 Today’s Avtomobilist is the top team in the Eastern Conference, but at the KHL’s dawn, the team from Yekaterinburg was just back to the top level of the Russian hockey, after leaving it in 1996. Already in its first season in the League, Avtomobilist had a chance to fight for a playoffs spot. In the second last game day of the regular season, the Ural team had a regulation win over Severstal, while Sibir lost 2-4 to CSKA. It looked like Avtomobilist’s season couldn’t have a happy ending; they had a two-point gap from Sibir and had in the last home game had to face SKA, which won the Western Conference quite early. On the other hand, Sibir had to meet Vityaz, then at the last place in their conference.

Midway through the game, Avtomobilist was surprisingly up with a 1-0 lead, but Sibir had an even more significant advantage, being up by two goals. However, before the second intermission, Vityaz could do the unthinkable and scored three unanswered goals in one minute and a half. Therefore, Avtomobilist was up in the standings and virtually qualified to the playoffs. But things weren’t over yet: the Ural team had to keep its advantage in St. Petersburg, and Sibir could still recover from Vityaz’s mighty blow. Avtomobilist held on and shut out SKA, allowing them only six shots in the third stanza, while Sibir allowed another two goals and surrendered.

In the following series against Salavat Yulaev, Avtomobilist lost in Ufa 1-5 and 1-4, but they still managed to get a home win. 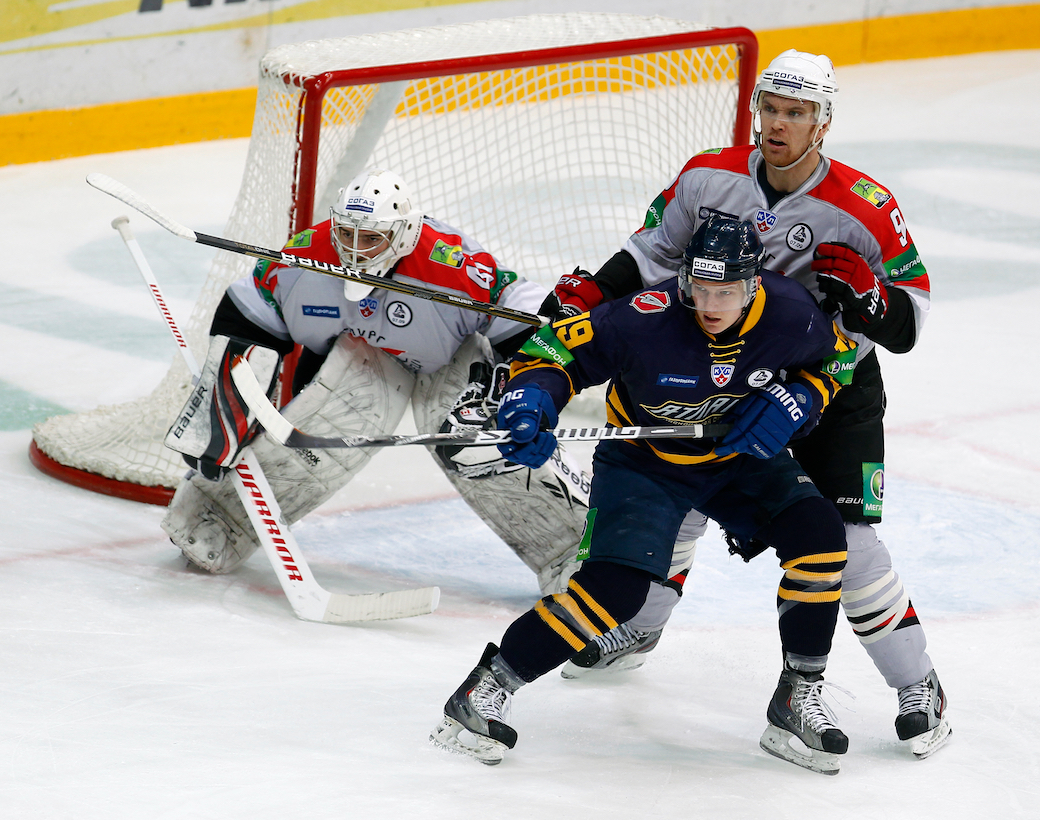 Before the last game day of the regular season, three teams in the Western Conference still had playoff chances: Dinamo Minsk with 71 points, Atlant with 70, and Donbass – tied with Atlant. Three teams for just one spot! Moreover, all three organizations were set to hit the ice on the very last day of games. Emotions run high for the Belarusian team’s fans. At three minutes and a half to the final horn, the Bisons were down 0-2 against Salavat Yulaev. In the parallel games, Atlant was having an easy time against Metallurg Novokuznetsk, being up 5-0, while Donbass was having a tie with HC Lev. Only a win in regulation could save Dinamo Minsk.

Just in case, Minsk pulled the goalie, and it worked. Cory Murphy and Janne Niskala turned things upside down and made it a 2-2 game. Dinamo kept on playing with sixth skaters, but they couldn’t do a miracle. Alexander Pankov’s goal for Salavat Yulaev killed all hopes in Minsk fans. Donbass had a SO win, but it wasn’t enough to fill the two-point gap they had to reach Atlant. The Moscow Region team got to the playoffs for the last time, facing SKA, but they couldn’t repeat the previous year’s success. However, it was an incredible final day of action. 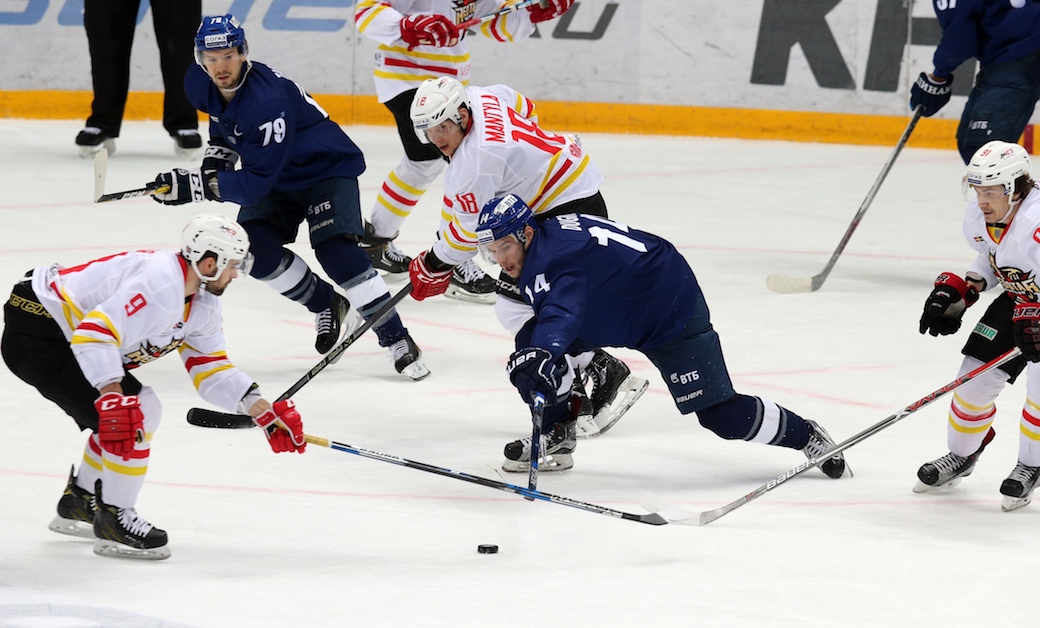 In the very last day of the regular season, two questions were still open: can Kunlun Red Star get to the playoffs in their inaugural season? Who will win the regular season title? CSKA and SKA looked unbeatable, and before the last game day they were tied in the standings at 134 points, but the Red Army had the upper hand in regulation wins. There were no surprises, and in the last game day, CSKA had the best of Spartak with a convincing 6-1 win. SKA also won, although with less margin, as they defeated Torpedo with a 4-1 score.

In the East, things were much more exciting. Kunlun moved to Moscow to face HC Dynamo, while Sibir had a game in Yekaterinburg. The Chinese club had a small two-point advantage, but it was indeed not enough to guarantee it a playoff spot. The Ural team had little motivation, while Sibir needed a win.

When Sibir was up 2-1 in the third period, they were one leg in the playoffs, but it lasted only a couple of minutes. A goal by Anatoly Golyshev sent the game to OT, and even a win in extra-time couldn’t mean anything to Novosibirsk, as Kunlun had the upper hand in the tie-breaking procedures. 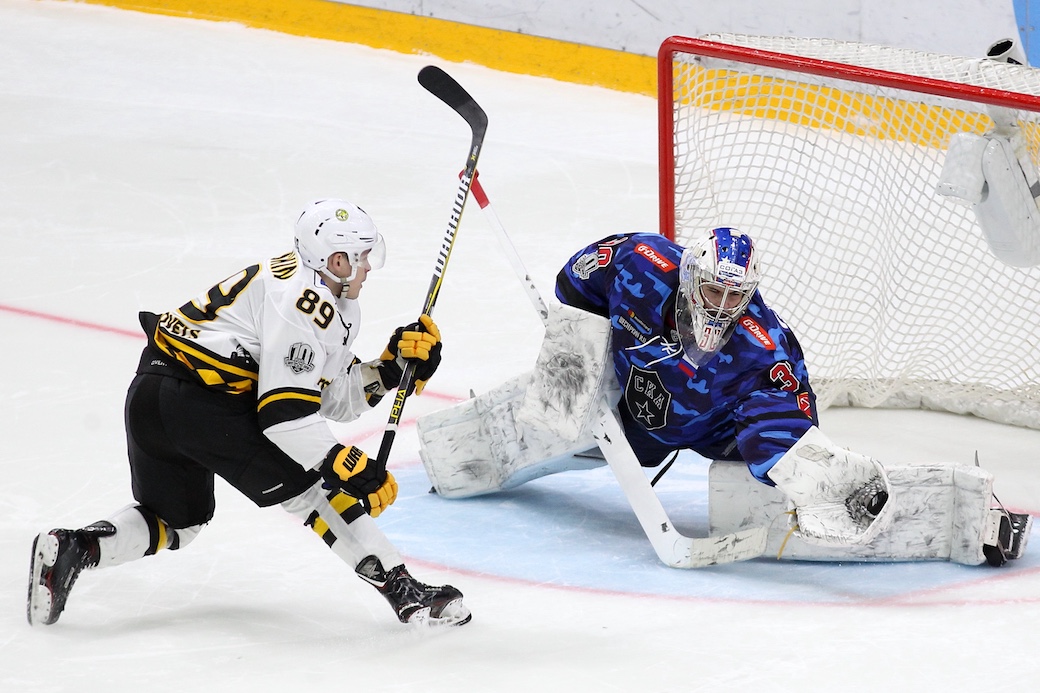 At the end of the regular season, Severstal set up a real sensation: in the second last game, they managed to defeat CSKA in Moscow and get to the eighth place in the Western Conference standings.

But this joy may well be just one fleeting moment as Severstal had to move to St. Petersburg for the final game. In the meantime, HC Dynamo had the last derby against Spartak – Cherepovets’ two-point advantage could potentially mean nothing. HC Dynamo went up by two goals at the start of the second period, while Severstal set up a very conservative game, without allowing SKA to score. However, St. Petersburg managed to get one in, and HC Dynamo was virtually qualified to the postseason. No problem for Severstal: the White-and-Blues allowed three goals, while Severstal heroically lifted the game to a SO battle, earning a well-deserved chance to challenge SKA – them again! – in the playoff’s first round.