Niklas Jensen: “It will be a new page in the Jokerit and HC Dynamo history”

The Jokerit forward talked KHL.ru about his 12-game points streak, his team’s season, and the upcoming playoffs first round.

It’s just one week to the end of the regular season, and Jokerit is now the fourth seed of the Western Conference. The Danish forward Nicklas Jensen scored 35 (18+17) points so far and is the third scorer of his team. 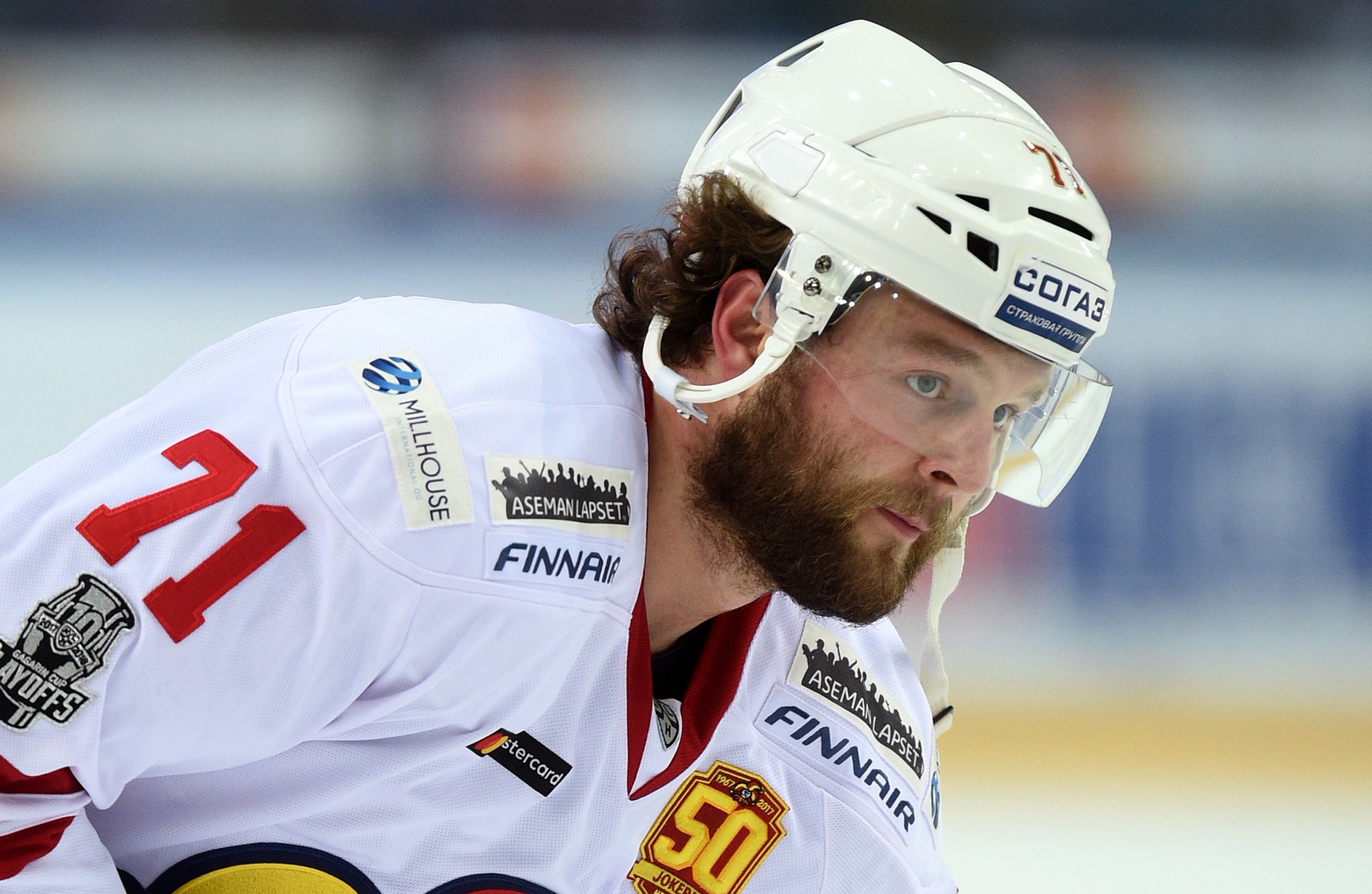 In the recent game between Jokerit and Riga, emotions went through the roof as the teams accumulated PIMs with just two seconds to go as the Finn team stormed Bilyalov’s crease searching for a late goal. Jensen was among the penalized players. “Emotions were high, we were frustrated that our goal didn’t count,” Jensen explains. “We were close to getting back; we had a realistic chance. Such situations can happen in any game.”

Jensen recently had an incredible 12-game point streak spanned over one month from December 28 to January 29. “I didn’t overthink about it,” Jensen admits. “However, it’s nice to have such achievements. And now I have to start a new one. You know, sometimes everything just gets in, and everything is good, you score goals and make assists. Or sometimes you play great hockey, but you can’t score. Moreover, we have an outstanding team, and we need to go on playing like that.”

If playoffs were to start today, Jokerit would face HC Dynamo, a team that rings a bell not in a pleasant way to most of Jokerit fans as they lost the last ten straight games against the Blue-and-Whites. “Frankly, we don’t care much about this,” the Danish forward explains. “The regular season isn’t important, the playoffs are. It would be a good thing to have a bad regular-season record but winning the Gagarin Cup. If we play our best hockey, we will win.”

Today, Jokerit will travel to Moscow to face HC Dynamo in what looks like a playoffs preview. “We understand that this will be a good test. We need to be ready and show our best hockey since the first minute. I know the story, we don’t have a good record against HC Dynamo. They have a good team, but we believe in ourselves. We always respect our oppositions, but we respect our team and our fans as well.”

Last year, everyone was talking about the rookie sensation Eeli Tolvanen, who scored an amazing 36 (19+17) points in his rookie season. This time around, the team has a more balanced lineup, and any line can be a menace for the opposition’s defense. “Yes, last year, Eeli took all the media attention,” Jensen remembers. “Everyone loved him, and we wished that he would stay with us for one more year. Now, we have a similar team, maybe even better, with more depth. We want to continue to play the right way, we should play all 60 minutes every time and most importantly – we believe in ourselves.”

Since last year, other than losing Tolvanen, Jokerit also changed coaches as Lauri Marjamaki replaced Jukka Jalonen on the team’s bench. “Jukka had a great job last year, and Lauri is going on the same great way. The team wants to play for him, for the whole team, and that’s a critical thing. Lauri has a good character, is a smart hockey coach with a winning mentality. He’s never satisfied when we don’t win. In the playoffs, we must sacrifice everything for a win; it’s the only way to winning the Cup.”

The influence of Marjamaki on Jokerit is pretty evident during the games. “It’s imperative to enjoy both the practices and the games. We are a big family, we joke together, and we try to support each other when things are slow. We have an ideal environment, and I’m sure it will help during the playoffs.”

Jokerit has a good contingent of Danish players, with another three players representing Denmark: Peter Regin, Jesper Jensen, and Oliver Lauridsen. “For our country, it’s a unique situation when four Danes play in one of the world’s top leagues. And we are even four in one team. I think that the same is possible only within the local Danish league, but its level is not comparable to the KHL,” Jensen explains when asked about his countrymen in Helsinki.

Considering the significant impact of Danish players on Jokerit’s lineup, it’s not out of this world to envisage a potential Jokerit game played in Copenhagen. “I think that it will sell out,” Jensen approves. “In my hometown, Herning, the IIHF World Championship had sellouts every night. I hope that Jokerit can play a game in Denmark.”

Denmark is represented in the KHL also by CSKA’s universal forward Jannik Hansen and Salavat Yulaev’s high-scoring defenseman Philip Larsen. “Right now, probably the most-shining Danish star is Toronto Maple Leafs goalie Fredrik Andersen. He’s one of my good buddies from my home town. There are also Nikolaj Ehlers, Oliver Bjorkstrand. Lars Eller just won the Stanley Cup. And not to forget about Jannik and Philip. In Denmark, hockey is getting bigger and bigger.”

Denmark’s geography encourages strong ties between players. “We are a big family there too,” Jensen admits. “When you’re in the national team, everybody knows each other. It’s like that since childhood, when you get to know all the players in the country from your same age group.” 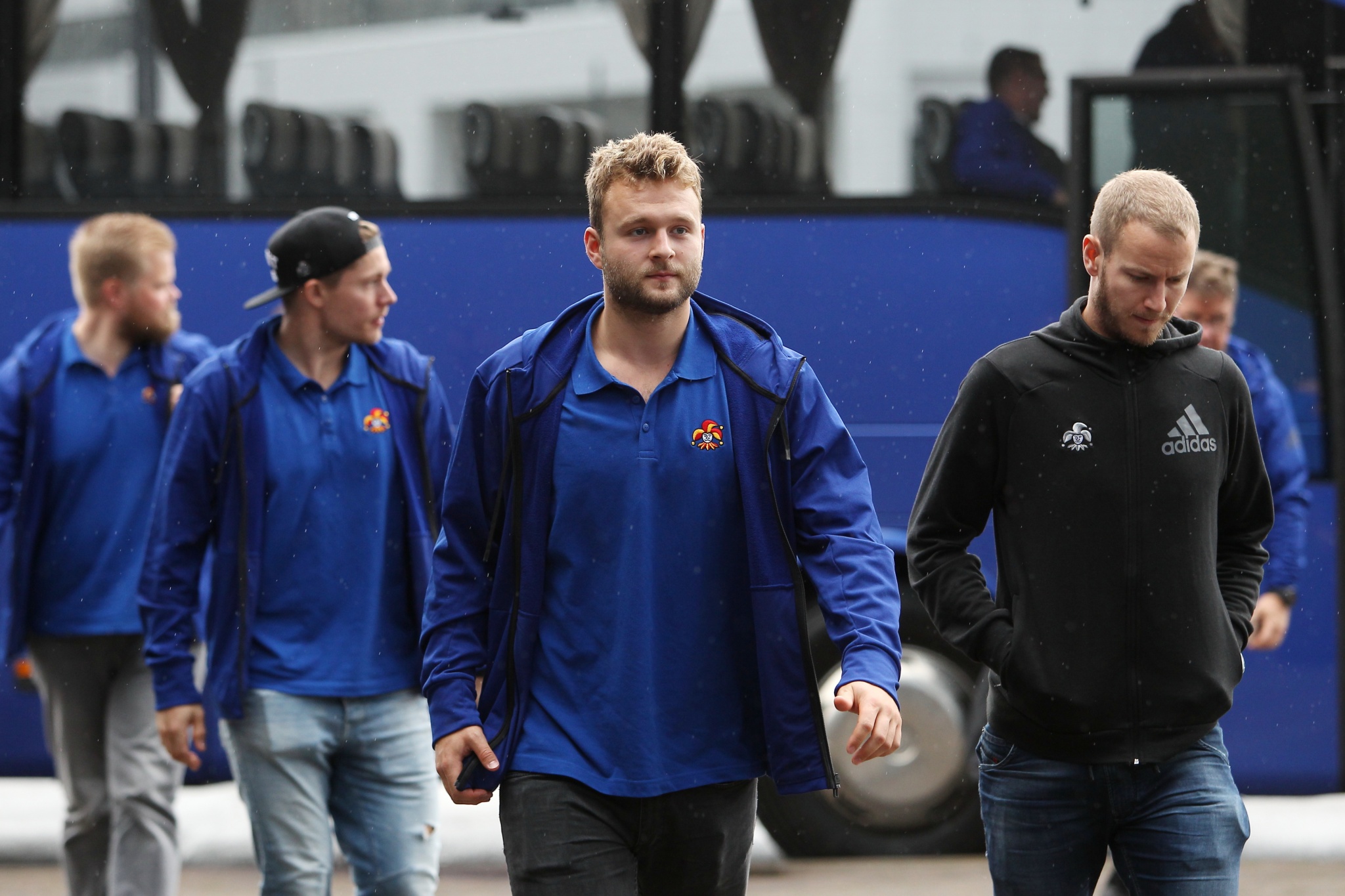