Maione: I’m just a hockey player, but music is big part of my life

Mathew Maione is a top-scoring defenseman for Dinamo Riga and one of the most entertaining players in the league. During the All-Star weekend he showed that his talents can be found off the ice as well as on it when he performed the Lumineers’ song ‘Ho Hey’ at the Skill Show and created an instant sensation. KHL.ru caught up with him to find out more.

“I was really honored do to it for the fans”

- Did you expect such a big reaction to your singing, especially from around the world?

- No, I just wanted to have some fun. I was trying to do something different and entertain the fans. I prepared for it for two weeks and my girlfriend was starting to go crazy. It was some blow up there. I’m really honored that the KHL asked me to do it during the Skill Show, it worked out really well. So many guys back home texted me, there was TV, radio, the whole lot! I just wanted to express my gratitude to the fans who voted for me to be there. Hockey is big part of my life the same as music.

- Did you wake up feeling like a rock star?

- No, no, I’m just a hockey player. But I’m happy to have very positive feedback.

- Dinamo Riga captain Lauris Darzins told us that people in Latvia should look out for your gigs.

- No way! (Laughing) It was a secret even for him and my teammates at Dinamo. I was so nervous. Maybe I’ll do something for the fans in Riga at the end of the season.

- Did you see that Magnus Hellberg was hugging his teammates during your performance?

- He knows that song. I guess that many people didn’t hear it previously, but I was glad to have that support there.

- Many players say that the All-Star Game is a big honor and something they love being a part of. How about you?

- For me as well. I met Alexei Yashin here, it’s an awesome environment and an unbelievable event. We all shared the one game we love. I’m very thankful to everybody who was involved in preparing this event, everything went very smoothly. We think about hockey all the time, but we had some fun with it. 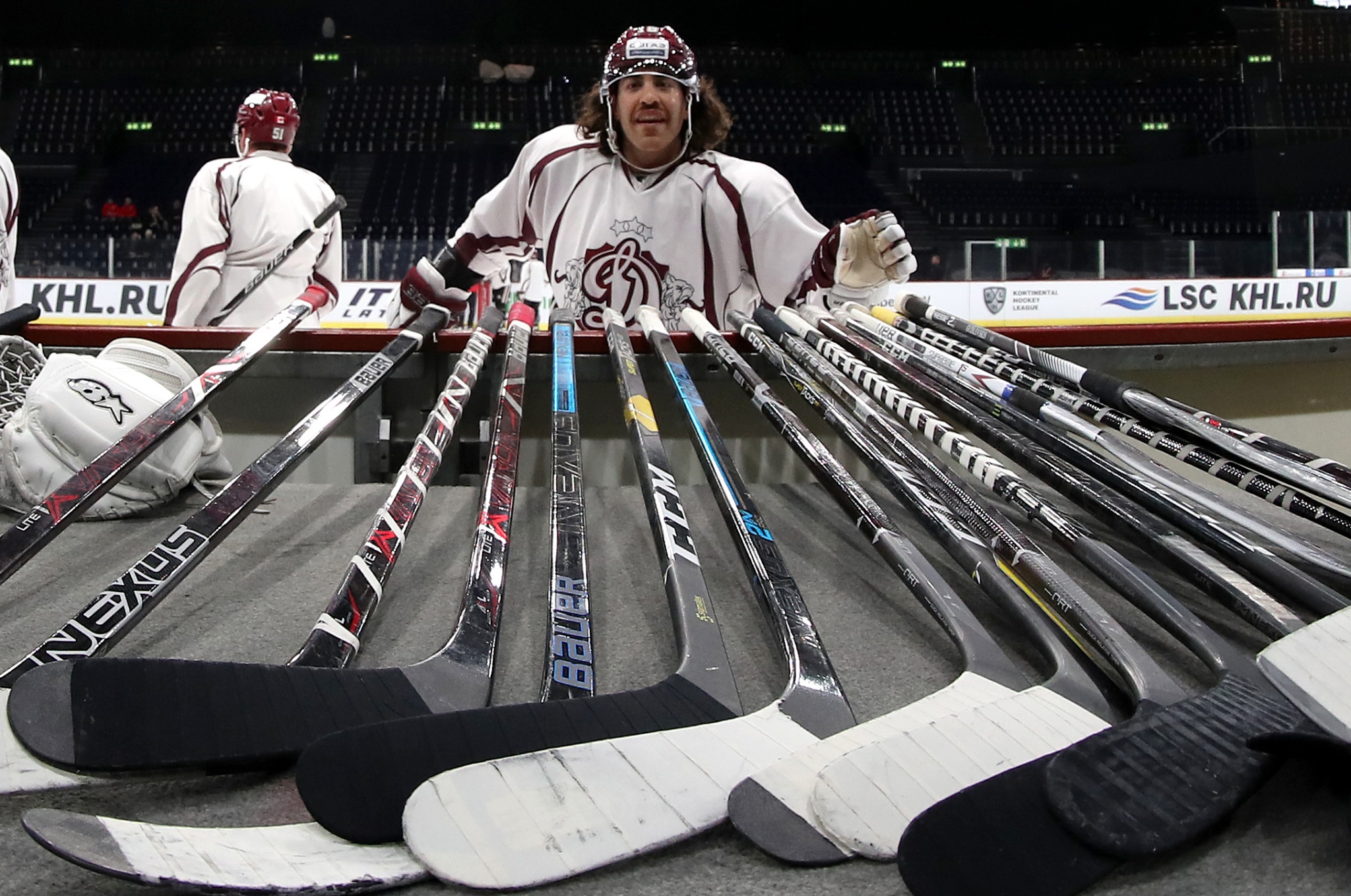 “Dinamo Riga can make the playoffs”

- Could you imagine five years ago when you were playing for your university that you might play in a KHL All-Star Game?

- It’s just like in any job, you set goals and then trying to accomplish them. I was lucky enough, I enjoyed my time in university and I grew up as a player and person. Now, I’m glad to have a big role in Riga.

- Your previous coach Vladimir Orszagh [now head coach of Slovan] told us earlier in the season that he liked your approach to hockey.

- I’m trying to learn every day, we’re lucky to have such great coaches at Dinamo Riga. They show us exactly what they want, they don’t let us take a day off in training, they want to make us better players.

- The playoff battle resumes after the All-Star break and your team has a real chance to make postseason.

- If we play the way we can and show what we can do, we’ll be there. It’s a long season with plenty of ups and downs; it’s not a sprint, it’s a marathon.

- During the All-Star Game the players wore special chips in their jerseys that calculated a lot of data. How you like this kind of progress in hockey?

- I’m excited to see the results when it can be adopted in real games. I’d love to see what speed we have in game situations: 5-on-5, power play. Technology is coming to hockey, just like in other sports. It’s going to be a huge part. 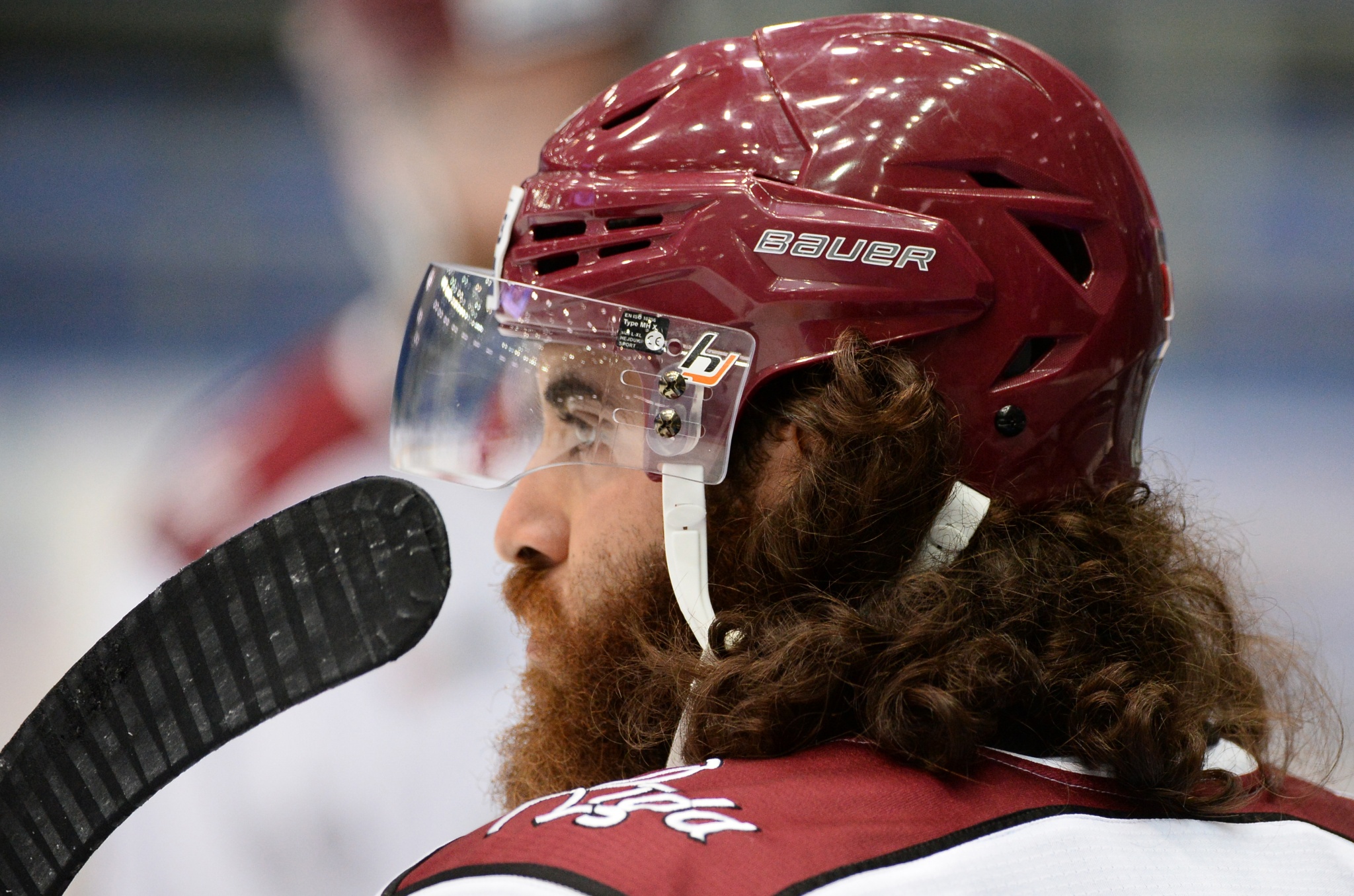