The 11th KHL All-Star Game is in the books and the third season under the All-Star Week format has been a huge success. The action was shared among three cities in Tatarstan, one of Russia’s most hockey-mad regions, and thousands of fans thrilled to the skills of the best players in the Youth Hockey League, Women’s Hockey League and, of course, the KHL itself.

Ilya Mikheyev, of Avangard and Team Chernyshev, was thrilled with his weekend – and had an idea for a new signing for his club.

“Everything was great!” he said. “Just being a part of it all was special but to come out with the win was an extra bonus. I’ve got plenty of enthusiasm to take back to the remaining games in the KHL, I’ve recharged myself with positive energies here in Kazan.

“And it was really cool to make an Omsk connection with [international soccer player] Dmitry Sychyov. It was really good to get to know him. I’ve seen videos of him playing hockey and I reckon he could do a job on our first line at Avangard!” 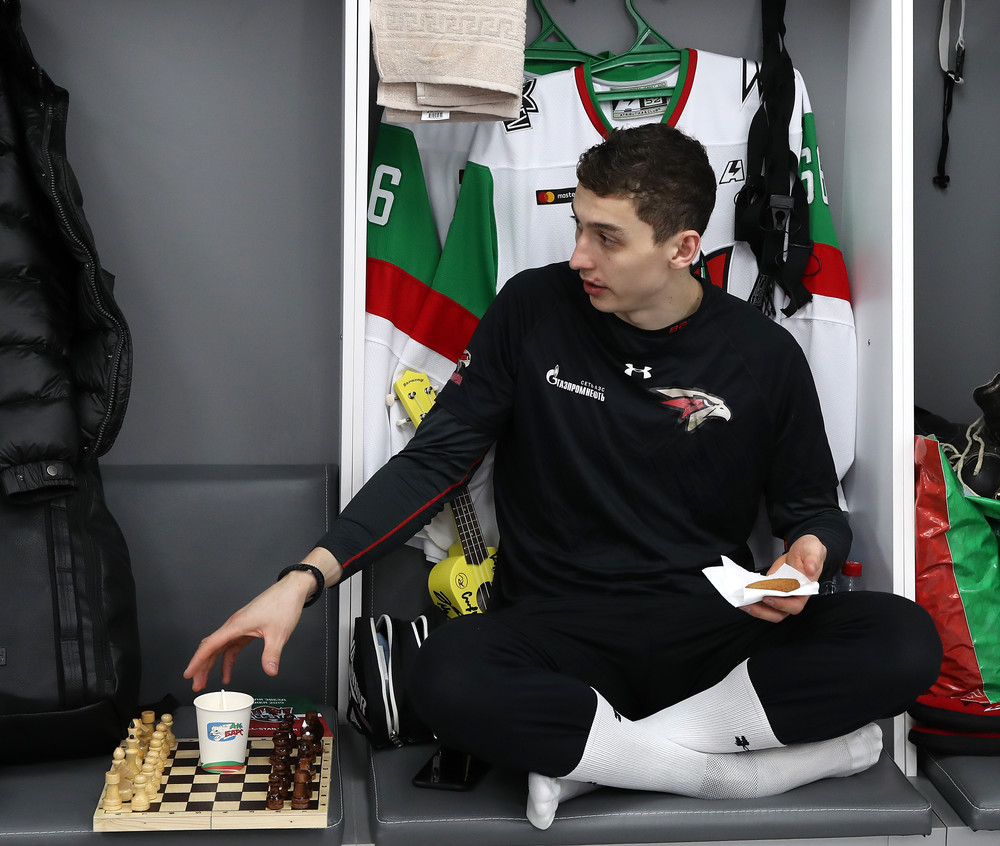 One of the highlights of the day was Zinetula Bilyaletdinov, arguably the strictest coach in Russia, unexpectedly taking to the ice to attempt a penalty shot for Team Kharlamov. The move didn’t quite come off, but his defenseman Paul Postma was still impressed. “It was a real surprise, but it was a lot of fun,” he said. “I really wanted him to score but sadly that didn’t quite work out. For his age, he’s still in great shape. He skates really well and it’s great to see him on the ice. In practice with us he’s always out there on the ice, he loves his hockey as much as ever.” 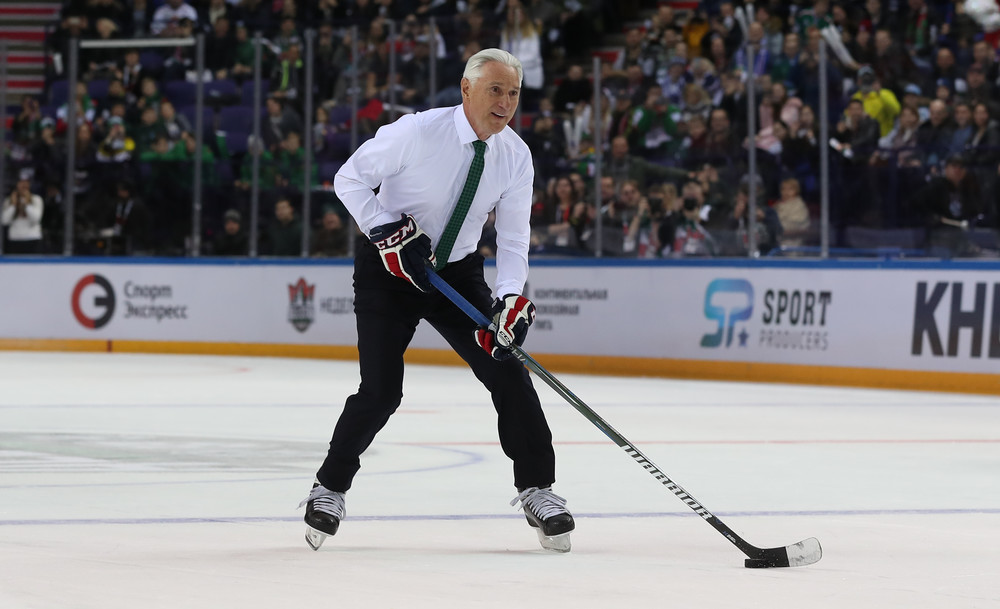 Danis Zaripov, an Ak Bars legend, thoroughly enjoyed the experience of All-Star action on home ice. “Of course it was a good chance to relax a bit, psychologically speaking,” he told the club’s website. “I really wanted to make the most of the whole weekend, not just the games. As players we were able to hang out, show our skills and we got a wave of positive feelings from it. It’s not often we get to spend time together like this.

“Everyone understood what it means to come to an All-Star Game, everyone knew that on the ice we could try something that we wanted to do. Even in the games, first and foremost we wanted to give the fans something a bit different, to try a few tricks and unusual plays. We’re at that stage of the season where we can’t always take a chance in a championship game.” 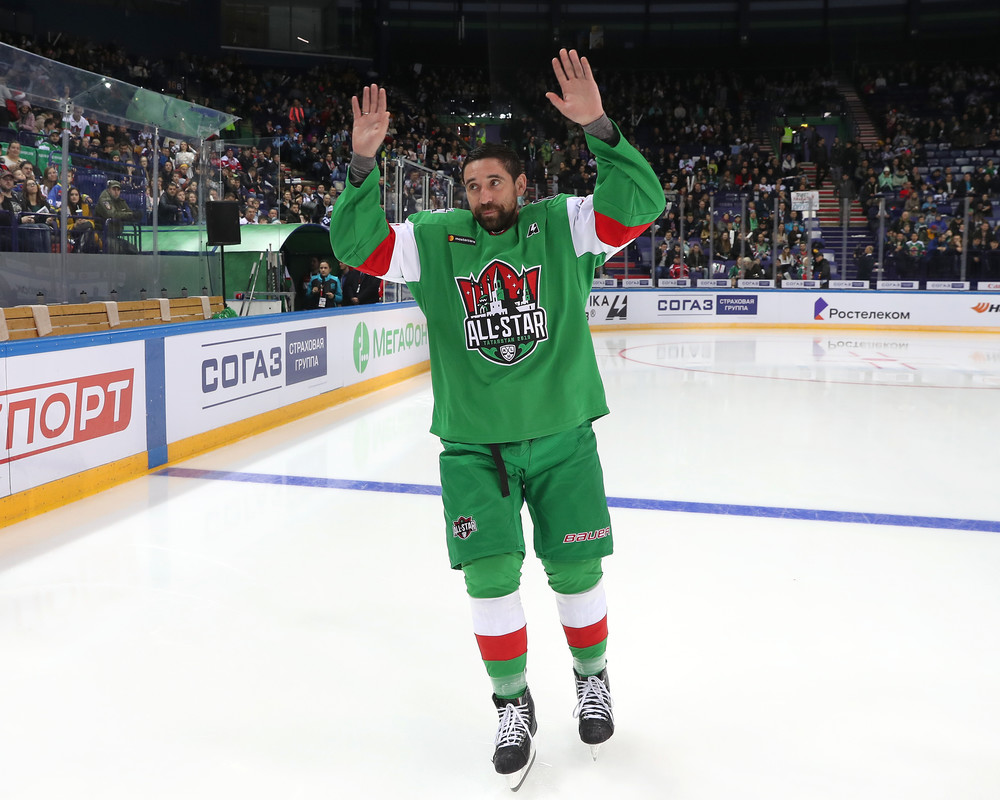 KHL President Dmitry Chernyshenko was also a happy man. “This is our main non-competitive event and once again the week-long format has fully proved its worth,” he said. “Here in Tatarstan the organizers put on a world-class show. They’ve set the bar really high for future All-Star Weeks, and we’ll have to work hard to do even better next year.

“As for the format, at the KHL we take our responsibilities to the whole of hockey community seriously. In contrast with some North American leagues, we want to actively encourage both junior and women’s hockey – these will always be a core part of our activities. Out of respect for our fans, we can’t simply squeeze everything into a single weekend so we want to extend the excitement throughout a full week.”

Chernyshenko also hoped that the success of this year’s show in Tatarstan would persuade more players to make every effort to attend future All-Star Games, fitness permitting. “We need to make this event even more prestigious to be a part of,” he said. “And I think the festival we’ve enjoyed here in Kazan will show players that the All-Star Game is a platform where they can shine. We want to see players striving to be a part of this – after all, most of them are chosen directly by fans and the media; the KHL management merely steps in to balance the rosters.” 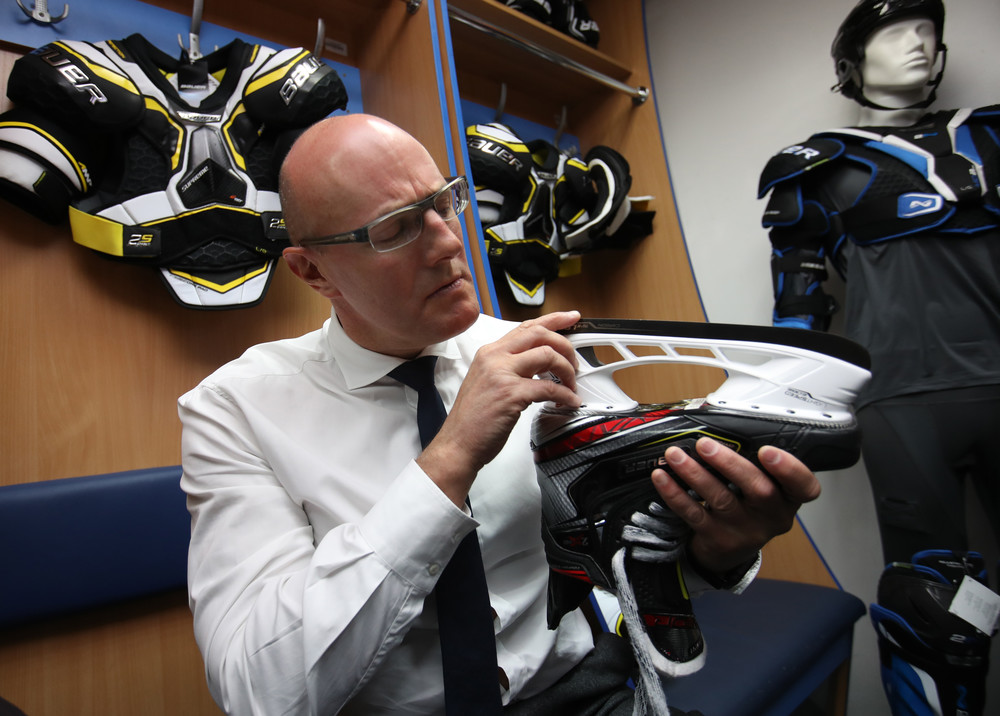