Kirill Kaprizov satisfied about 2018 and hopeful for 2019

In this interview for KHL.ru, CSKA forward Kirill Kaprizov talks about 2018 events, set his personal goals for the seasons, and discusses the start of Team Russia at World Juniors.

For the 2018 last interview, KHL.ru picked one of the best players of the year, the author of one of the most important goals in the recent Russian hockey history during the 2018 Olympics finals: Kirill Kaprizov. He is one of the faces of the League and became a national hero after Team Russia won the first Olympic gold medal in 26 years after his shot. 2018 ended very well for Kaprizov, with CSKA dominating the regular season and with a great chance to win their first-ever Gagarin Cup.

“I’m used to living according to the normal hockey calendar, that means that at the end of December I am in the midst of the season,” Kaprizov says when asked about his 2018. “However, I think that all in all, this year has been a good one. We won the Olympic gold medal after a long time. But frankly speaking, I’m not focused on this kind of things, I don’t do yearly recaps.”

“I also don’t especially look for the Olympics’ gold-medal goal. I only watch at it if I get to have a look at it on the internet,” – he admits.

After the games on December 30, the KHL will stop through January 3 for the New Year festivities. That’s one of the few chances when players can spend some time relaxing on vacations. “I will go home,” Kaprizov says. “However, oddly enough, things are settled in such a way that I’ll spend there just one day and a half. Our family doesn’t have special traditions, for us the most important thing is to spend the holidays all together.”

In Russia, traditionally gifts are exchanged at the New Year’s Eve, the most important celebration of the holiday season as Christmas is celebrated on January 7. “The best gift I ever got? My first pair of skates,” readily replies Kaprizov. “Former player Sergei Ishakov – a friend of the family – gifted them to me. I was only four and I fell in love with hockey right away. The only thing is that I don’t remember if it was for the New Year or my birthday.

In Kaprizov’s CSKA Moscow, two other players come from the Metallurg Novokuznetsk hockey school: Ilya Sorokin and Ivan Telegin. Another two NHL players are the product of his same program: Sergei Bobrovsky and Dmitry Orlov. “I am familiar with them, we usually meet in Novokuznetsk during the summer, and we congratulate each other on our birthdays,” Kaprizov tells. “However, we don’t have much time during the season, so we don’t talk too often.” 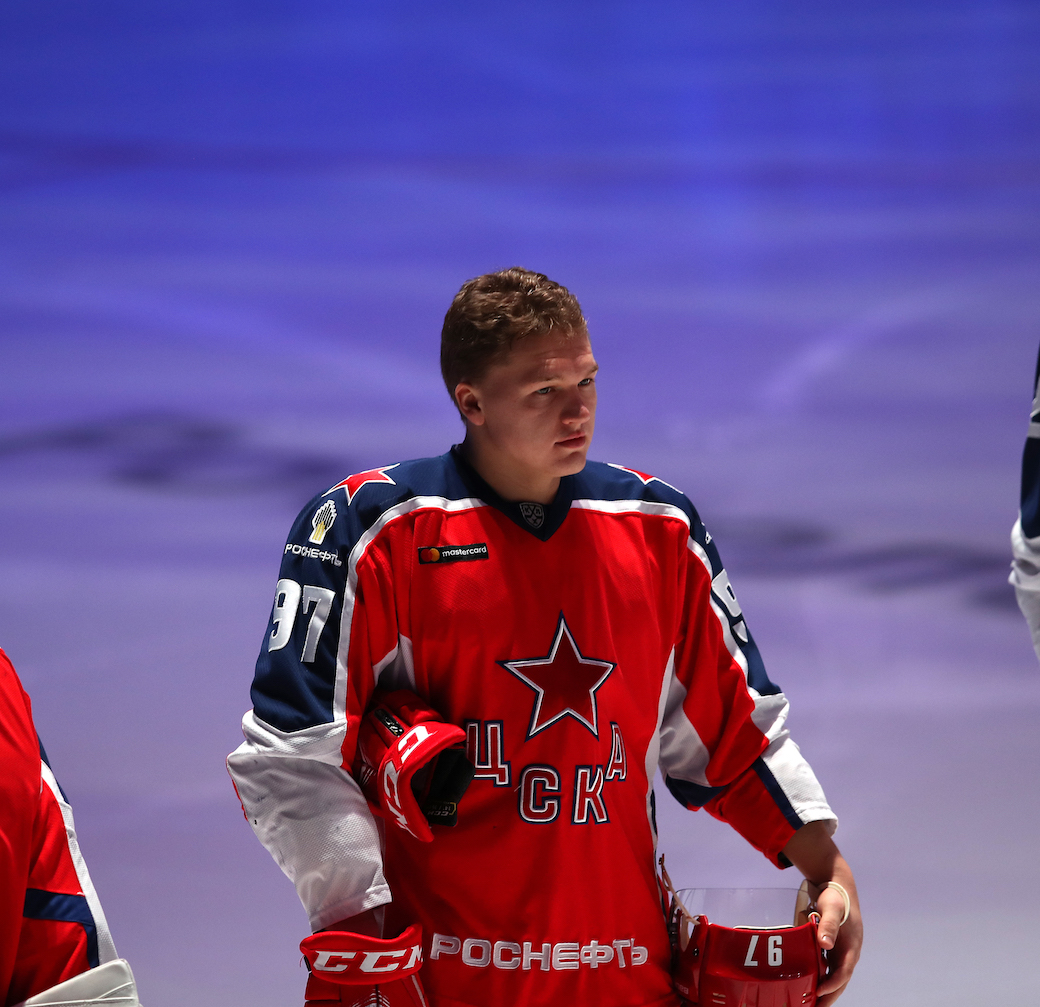 The 2018 has been a good year for the young CSKA forward, however, last year he had more points. Last time around he scored 40 (15+25) points in 49 games, this year he scored more goals – nineteen – but has only ten assists and less points on average. “I agree on the fact that I need to play better. However, there is still plenty of time in the season to score as much as last year. Ideally, I’ll gain more form as we approach the playoffs. Scoring there will be much more important. The main thing is that CSKA wins and we get to the first place in the standings.” 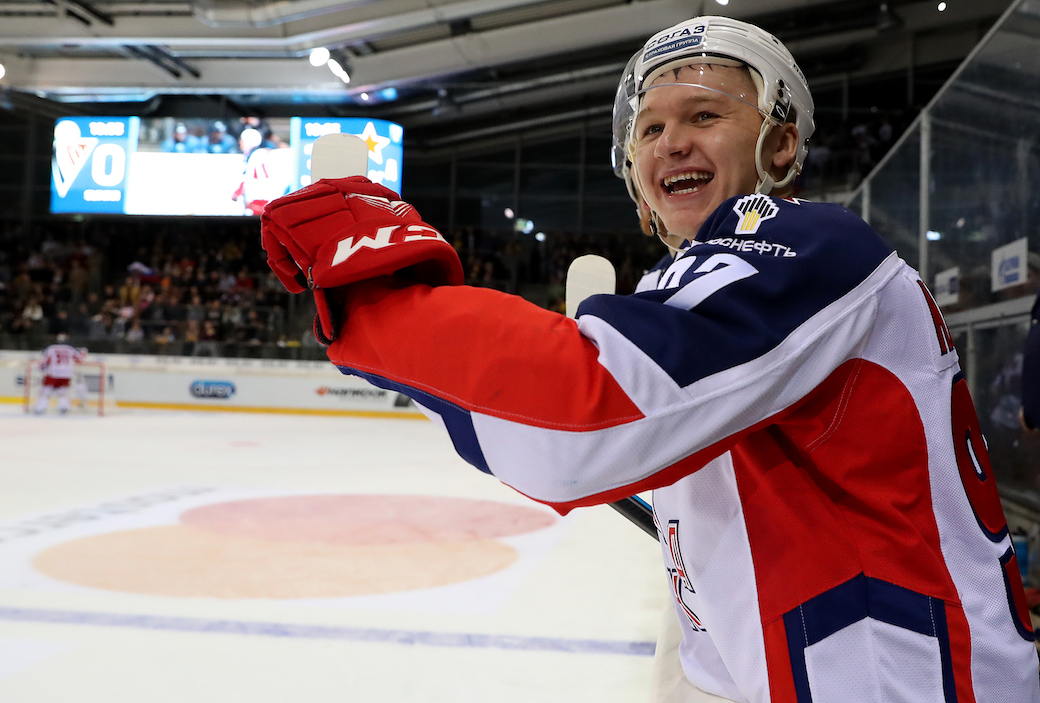 “At the WJC the guys must have fun.”

Kaprizov turned on his TV to watch the start of the tournament currently undergoing in British Columbia. “On the first day, I watched Finland – Kazakhstan, and Canada – Denmark. About Team Russia – I watched only the highlights.” When asked if he was surprised about the result, he promptly replied: “4:0 is a good score for the first game of the tournament. It’s not important that Canada won with a 14:0 score, sometimes you score 15 goals on a team to lose 3:4 the next day. It was the first game for Team Russia, and this is never easy. The next games will show the true face of the team. I wish our guys the best, and I will cheer for them!”

Kaprizov participated in two WJCs in his career, winning a silver and a bronze medal. “The best advice I can give the players is to have fun and enjoy the atmosphere. Playing at the WJC is a thing that happens once or twice in one’s career. In my opinion, it’s a crucial step in a player’s development.”

In the 2017 tournament, Kaprizov was the top goal-scorer and the top overall scorer, being elected in the event’s All-Star team. Skating at two WJCs undoubtedly benefits him a lot. “I think playing at the WJC helped me in the move between junior and pro hockey,” Kaprizov explains. “I already played against men, and by the second tournament I already scored 30 points with Salavat Yulaev, but there is a lot of attention around the WJC, and after it, scoring and recognizing my role on the ice has been easier.”

Playing at the WJC helped Kaprizov also with another important thing: getting noticed by North American scouts. “The WJC helps in that, of course, but scouts are also ready to scout players while they play at home in the KHL.” Recently, Kaprizov made the news not because of his goals or spectacular plays, but because Minnesota Wild owner Craig Leipold wrote him a letter in Russian. “It was very surprising, and pleasant too! I answered through the general manager. To be honest I didn’t write reply letter. Of course, every player dreams about playing there, but right now I am thinking only about CSKA.”