After the fantastic game played in the New Year’s Even between Russia and Canada in front of a sold-out crowd in Vancouver, the round robin has ended, and the World Junior Championship will now move on to the quarterfinals and the relegation games. After the teams played their four group games, on January 2 Sweden will face Switzerland, Canada will take on Finland, the USA will challenge the Czech Republic, and Team Russia and Slovakia will clash in Vancouver for the day’s last game. The bottom-ranked teams, Kazakhstan and Denmark, will face in a best-of-three relegation round.

The Russians brought to Canada a roster featuring 15 KHL players, and most of them had an instrumental role for the team led by Valery Bragin. Traktor’s Vitaly Kravtsov and CSKA’s Alexander Romanov were the team’s top scorers, with five points each. The CSKA defenseman scored one goal and four assists, while the Traktor’s forward had two goals and three helpers – including a fantastic one to Grigory Denisenko for the 1:1 goal in yesterday night’s game against Team Canada. Romanov is also among the tournament’s leaders in the plus-minus department as he’s tied with other four players at plus-7.

Next up in scoring are Denisenko and Pavel Shen, with four points. Both scored against Canada, and if Denisenko’s goal was instrumental as the Russians were trailing before he found the back of the net, Shen’s highlight-reel play was even more critical as it ended up as the game winner. Shen’s plus-4 rating is also another great figure testifying that the Salavat Yulaev forward is having a tremendous tournament and maybe it will help him in having a more significant role once he gets back at home – so far he only played a bunch of minutes at the KHL level. 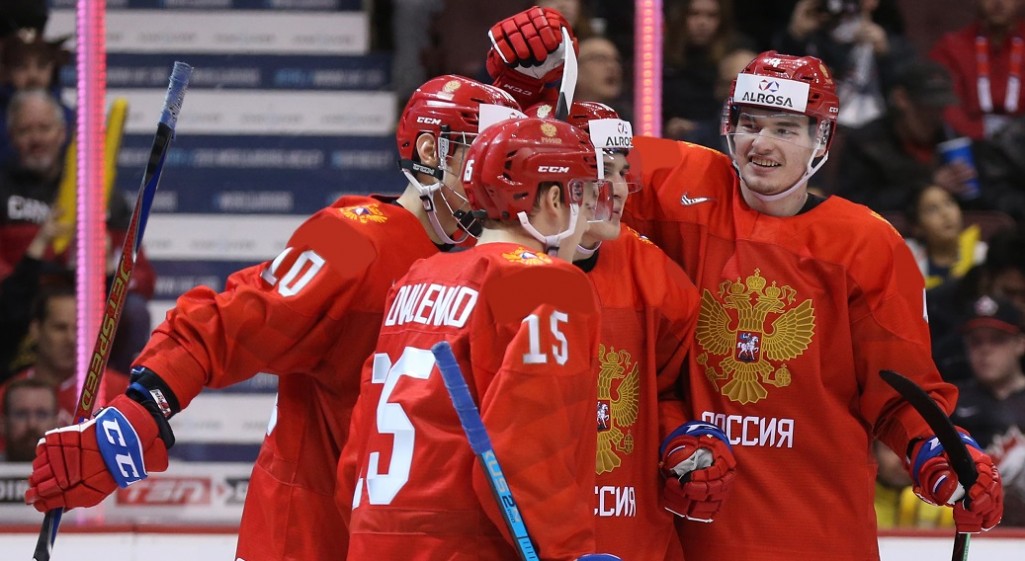 Lokomotiv’s Kirill Slepets is another valuable player for the Russians. His speed caused havoc in the opposition’s defense – especially in the game against the Swiss, which Russia won 7:4. Overall, Slepets scored 3 (1+2) points in the round robin and is expected to be an instrumental player in the playoff round too.

Other players who played well for the Russians include Sibir Novosibirsk’s Nikita Shashkov and SKA’s Kirill Marchenko. Even if they didn’t play in the top two lines, they managed to get to the score sheet, Shashkov with two assists, and Marchenko with a goal. Marchenko will have a chance to score more next year as he’ll be eligible again for the 2020 WJC.

Vasily Podkolzin – the team’s youngest player – is also performing well. He showed many glimpses of excellence with the puck, fought hard, and caught the attention of the crowd in more than one occasion, and has also racked up a point in the high-scoring game against Team Switzerland.

In goal, Pyotr Kochetkov is having a fantastic tournament. Not only because of his saves percentage of 96.43%, but also because of his composure and strong play in crucial situations. His 30-save performance against Canada has been incredible, and at this point, it looks like he will be awarded the starting goaltender’s honors in the playoffs round, even if his colleague Danil Tarasov is having a good tournament too. Kochetkov’s more significant experience in pro hockey may play a role here. 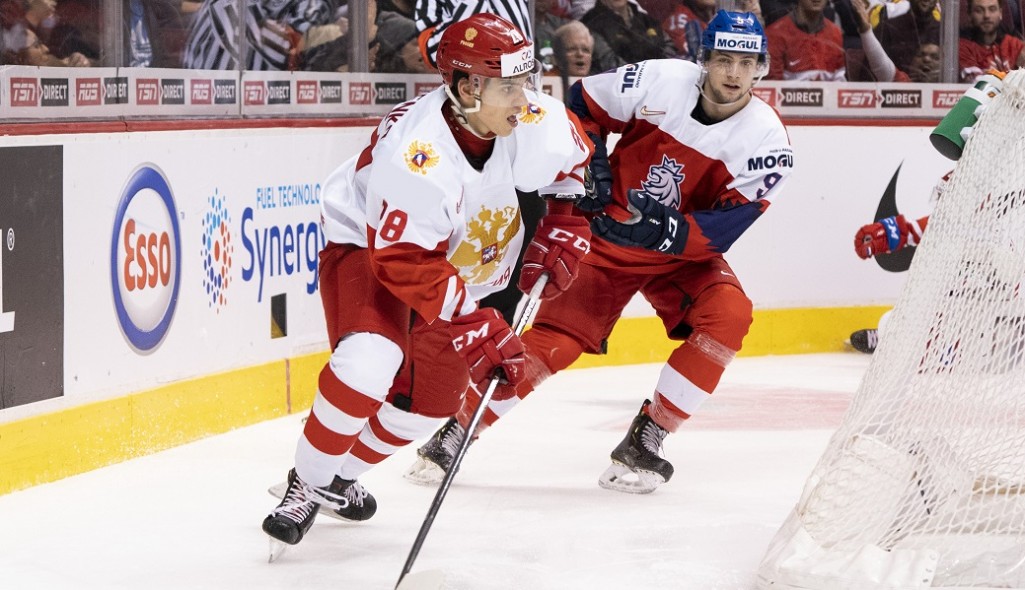 The Slovaks managed to make it to the quarterfinals, and their best player and top scorer was HC Slovan’s Adam Liska, who had two goals and a pair of helpers for a total of four points. The Slovaks gave the USA a good run for their money, surrendering only in the third period and losing by a mere 2:1. After losses with a bigger margin against Finland and Sweden, the Slovaks avoided the relegation round defeating Kazakhstan with a big 11:2 score. Against the Russians, the Slovaks will hardly have a real chance of winning, but in case, Liska will be ready.

It has been a rocky tournament for the Kazakhs. The sympathy from the home crowd wasn’t enough, and the team lost all the four games in the round robin. Barys’ defenseman Valery Orekhov has been the team’s best player and top scorer, with four points in as many games. His KHL experience was visible throughout the games and was one of the few players who stand out for his team. The Kazakhs will now take on Denmark in the relegation round, and while they are not the favorites, they still have a chance: the Danes didn’t score a single goal in the round robin, while a few Kazakh players – including Orekhov – showed that they can create offense and thus make things difficult for the Dane defense.

The World Junior Championship will return on January 2, 2019.