The Gazprom Arena, on St. Petersburg’s Krestovsky Island, recently staged some of the decisive games in the FIFA World Cup. On December 22, it will be the latest venue to stage KHL action.

The soccer stadium has already made its hockey debut: on Sunday, Dec. 16, Team Russia beat Finland 5-0 as part of the Channel 1 Cup. The crowd of 71,381 at the game set a new Russian record. Saturday’s KHL game between SKA and CSKA aims to beat that mark – and possibly even eclipse the current European record of 77,803 set in May 2010 when Germany entertained the USA in Gelsenkirchen as part of the IIHF World Championship.

Nikolai Yegorenko, the technical director of Gazprom Arena, explained how the ice rink is installed.

- We brought two truckloads of ice – exactly the kind of ice you might find in your cocktail in a bar! That ice was immersed in water, which then freezes and becomes quite smooth. I don’t think there will be any difference between the quality of this surface and the ones that our hockey players are used to. The arena temperature will be about 10C, which is suitable to keep the ice in good condition. Fans with tickets in the lower tiers, close to the ice pad, might want to dress a bit warmer. We’ve anticipated that there could be problems with fog rising from the ice so we have already prepared countermeasures. For example, we can use the stadium’s ventilation system to blow wind across the rink and disperse any fog. I don’t think we will have a problem. 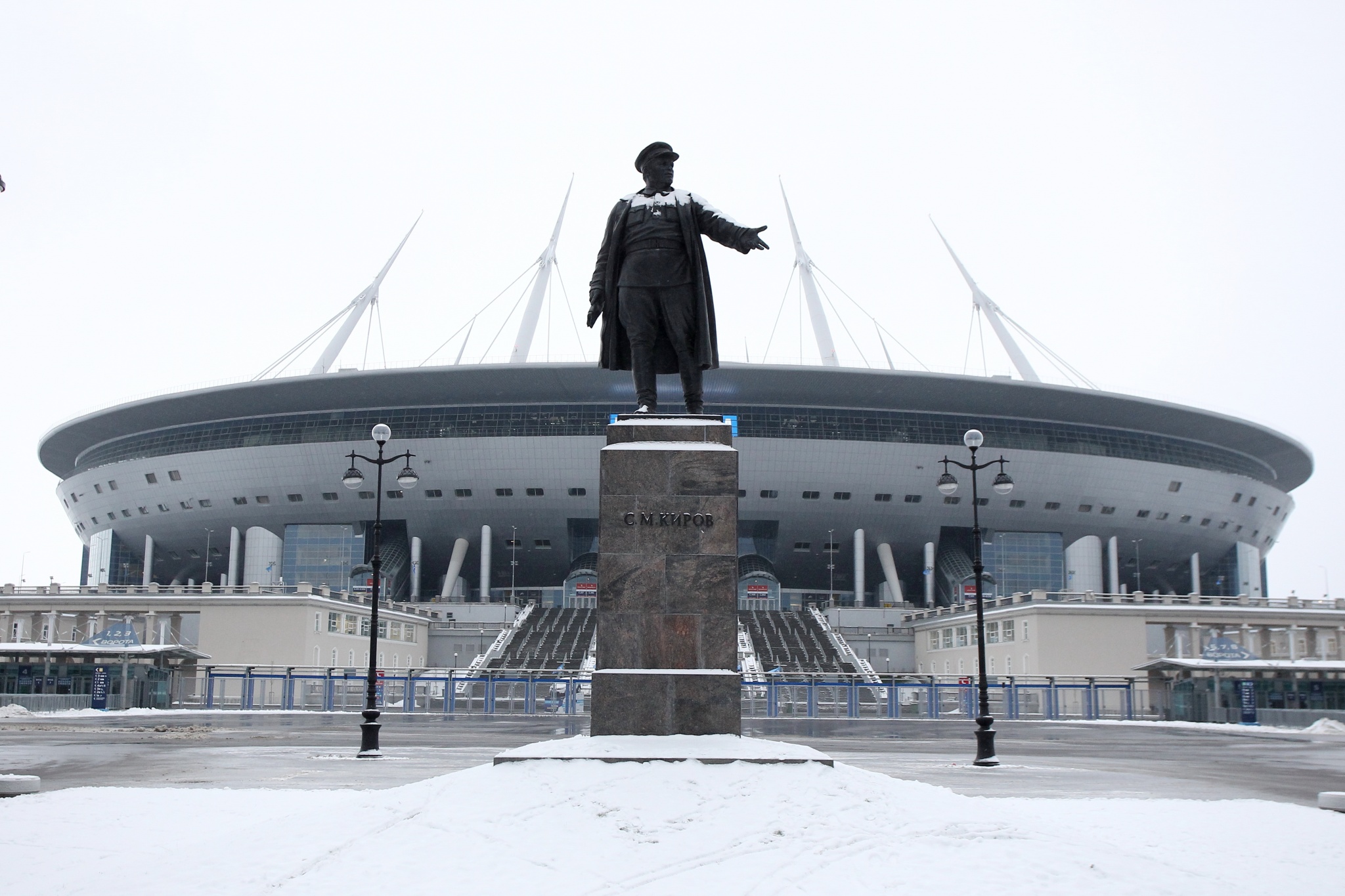 Facts about the game

- 60,000 tickets went on general sale for each game. The others were allocated to SKA season-ticket holders, sponsors and commercial partners, as well as community organizations and youngsters from local hockey schools.

- there are good views of the playing area from every seat. In addition, two huge screens have been installed in addition to the two already in place for soccer games.

- the roof will be closed during the game to ensure that adverse weather does not affect the action. Petersburg is notorious for sudden rain showers which, at this time of year, can turn to snow. Closing the roof ensures maximum comfort for fans and keeps the ice in good condition for the players.