Petersburg awaits a classic, a soccer star takes to the ice

All eyes are on St. Petersburg: Sunday’s international drew 71,000 fans to see Russia play Finland and next Saturday’s clash of the KHL titans promises a new attendance record as SKA takes on CSKA. In Kazan, meanwhile, Ak Bars unveiled a surprising new signing – former youth football international Evgeny Savin is on a try-out with the defending champion.

Records could tumble in Petersburg

Match-ups between SKA and CSKA are always big – but Saturday’s upcoming clash in Petersburg promises to be huge. The teams are taking over the Gazprom Arena, where 71,000 fans saw Russia defeat Finland 5-0 in Sunday’s international game and this Winter Classic is destined to smash the KHL’s record attendance. The current mark is 17,645 from last season’s open-air spectacular in Helsinki when Jokerit took on SKA on Dec. 2.

The game could also see the league’s record winning streak on the line. Currently SKA’s 20-game sequence at the beginning of last season is the best ever. But CSKA is on 18 straight victories and could draw level if it can defeat Jokerit and Vityaz during the week. That would give the Muscovites the chance of improving SKA’s record at a gala event for its Western Conference rival.

There’s also a chance of a personal landmark in this game. CSKA goalie Ilya Sorokin is one game away from recording 40 KHL shut-outs. The 22-year-old still has some ground to make up on the vastly experienced Alexander Yeryomenko (Dynamo Moscow) and Vasily Koshechkin (Metallurg) as they look to set the record for all Russian championships. But the highly-rated CSKA man could become only the fifth netminder to reach 40 shut-outs in the KHL. He has six for the current season. 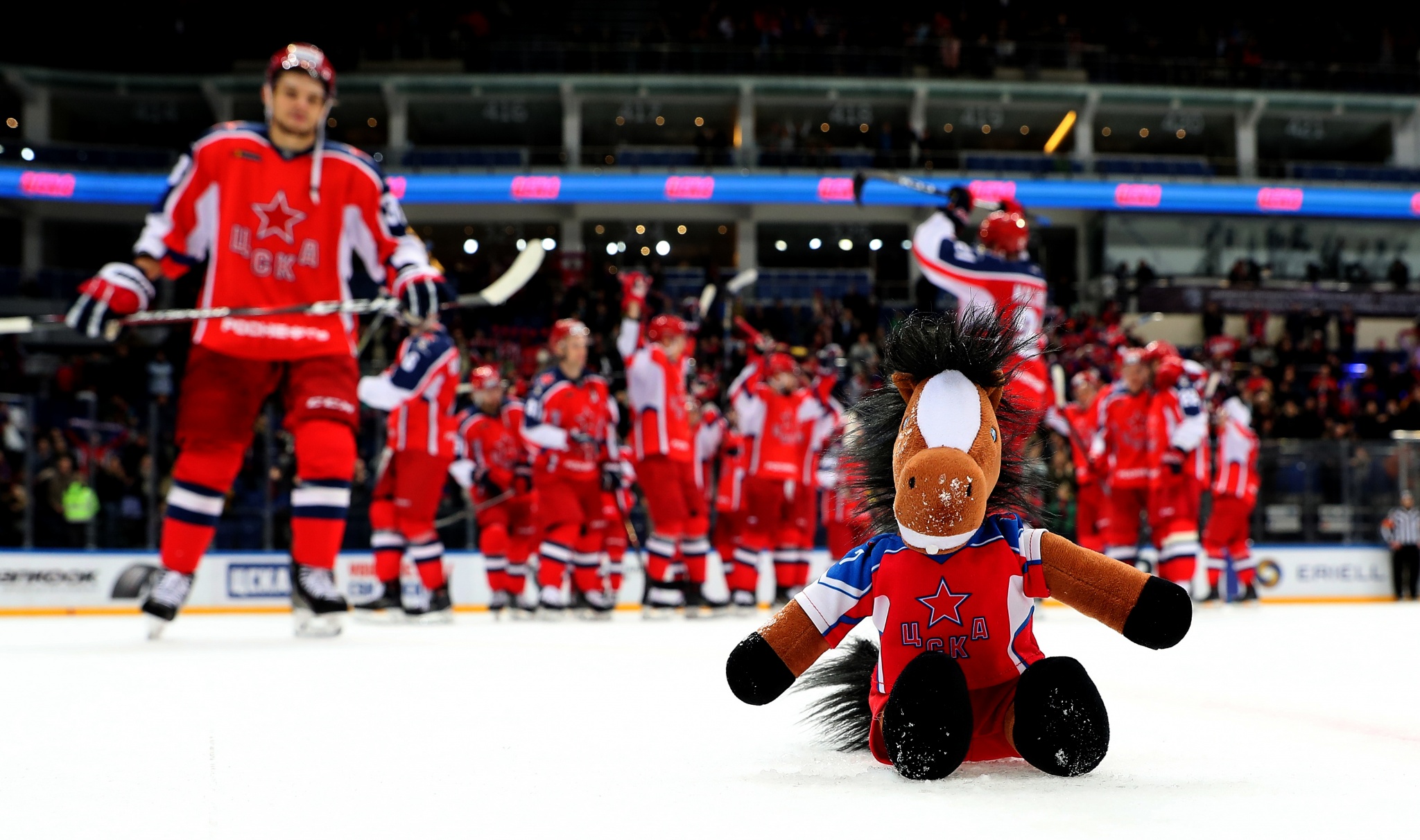 That Russia-Finland game also wrapped up a highly successful home tournament for Russia in this season’s Euro Hockey Tour. Ilya Vorobyov’s team went undefeated on home ice to win the Channel 1 Cup in fine style. Thursday’s opener against Sweden was a tough game; down 0-2 after two periods, Russia rallied to tie it up and triumph in a shoot-out. Saturday saw a more convincing victory, 7-2 against the Czechs then Sunday’s gala performance in Petersburg ended with a confident dispatch of the Finns.

Russia starts with a dramatic victory

A rout and a record

Mikhail Grigorenko (3+3) led the tournament scoring, Nikita Gusev (0+5) and Vasily Tokranov (2+2) were close behind. CSKA’s goalies, Lars Johansson (Sweden) and Ilya Sorokin (Russia), were the top-performing netminders with the Swede’s stats narrowly ahead of his clubmate’s. 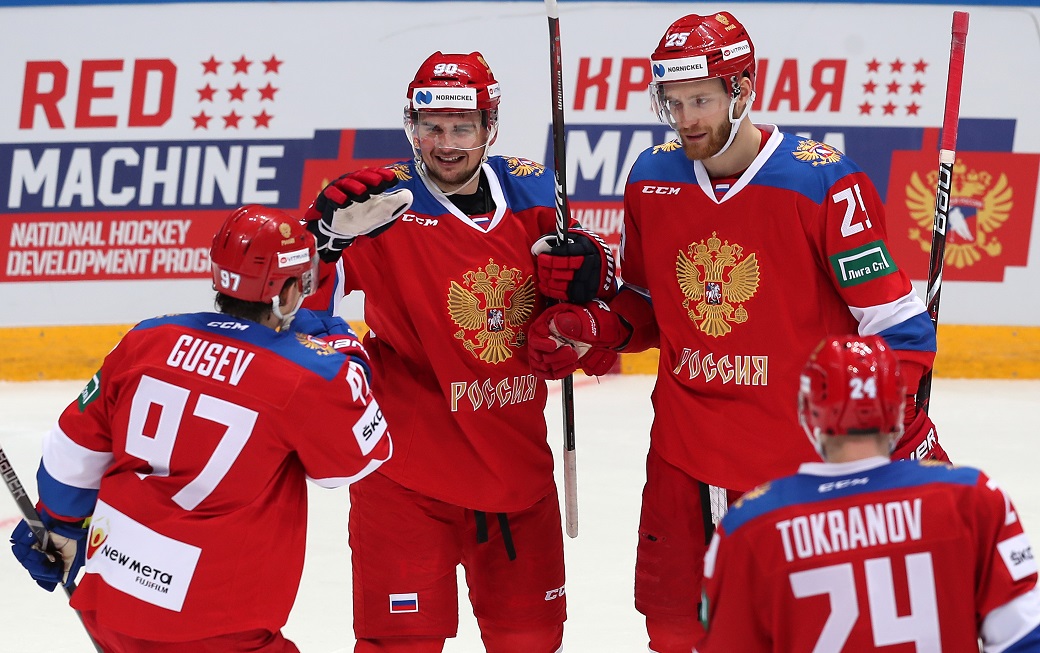 Two players are in with a chance of reaching 200 points in the coming week. Lokomotiv captain Staffan Kronwall is currently on 198 (53+145) points from 472 games for Severstal and Loko, and he could reach the landmark on the Railwaymen’s road trip this week. The former Maple Leafs blue liner would join an elite group of just 10 defensemen to reach 200 points – and would be the first Swede among them. 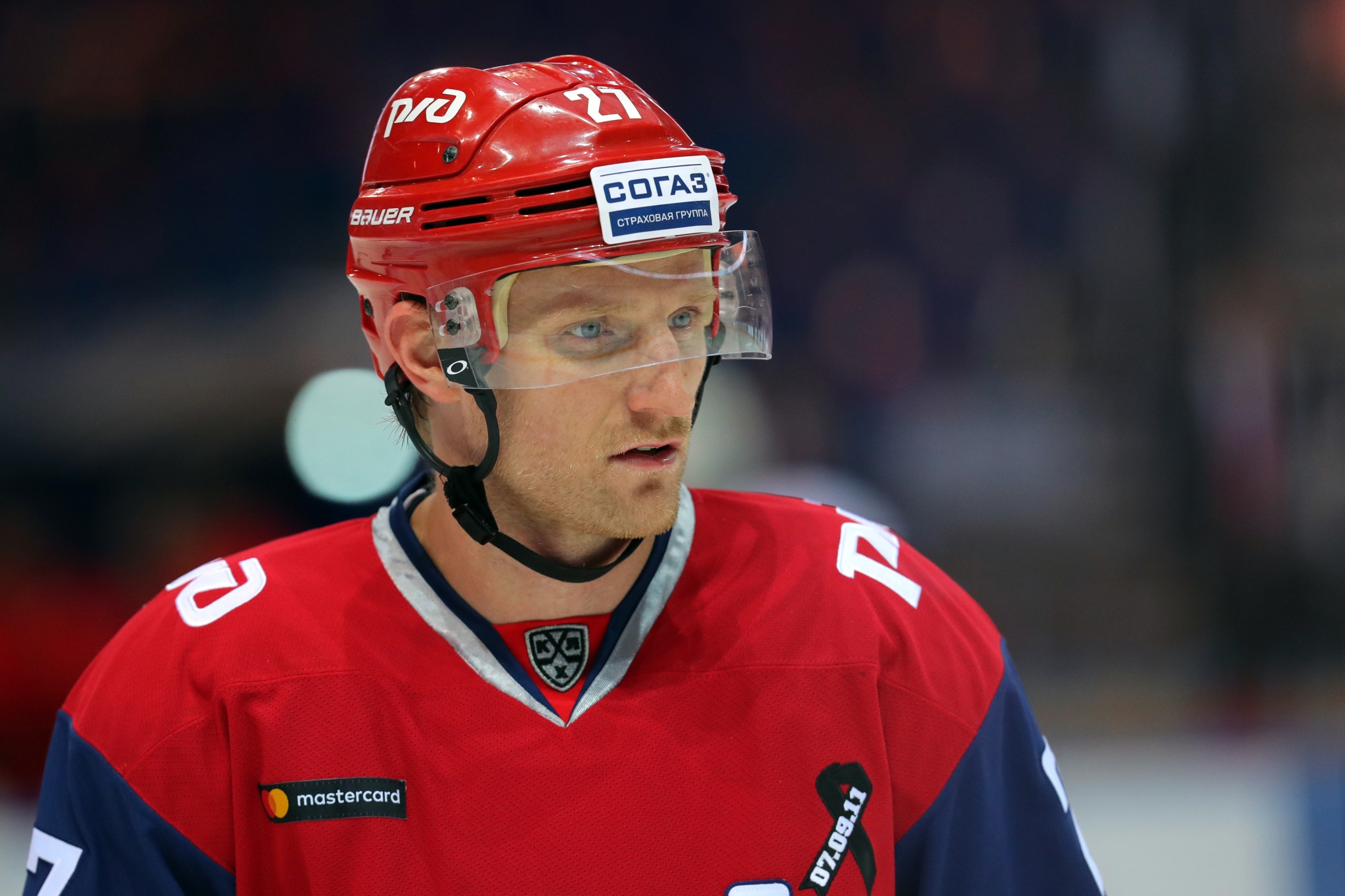 Wojtek Wolski is also closing in on 200 points – this time in regular season play. The Canadian forward, a Gagarin Cup winner with Metallurg, is currently one point away from becoming the 73rd player to achieve that in the KHL. His Kunlun Red Star team plays Amur in back-to-back games in Shanghai on Monday and Tuesday, then takes on Dynamo Moscow on Thursday and Vityaz on Sunday. 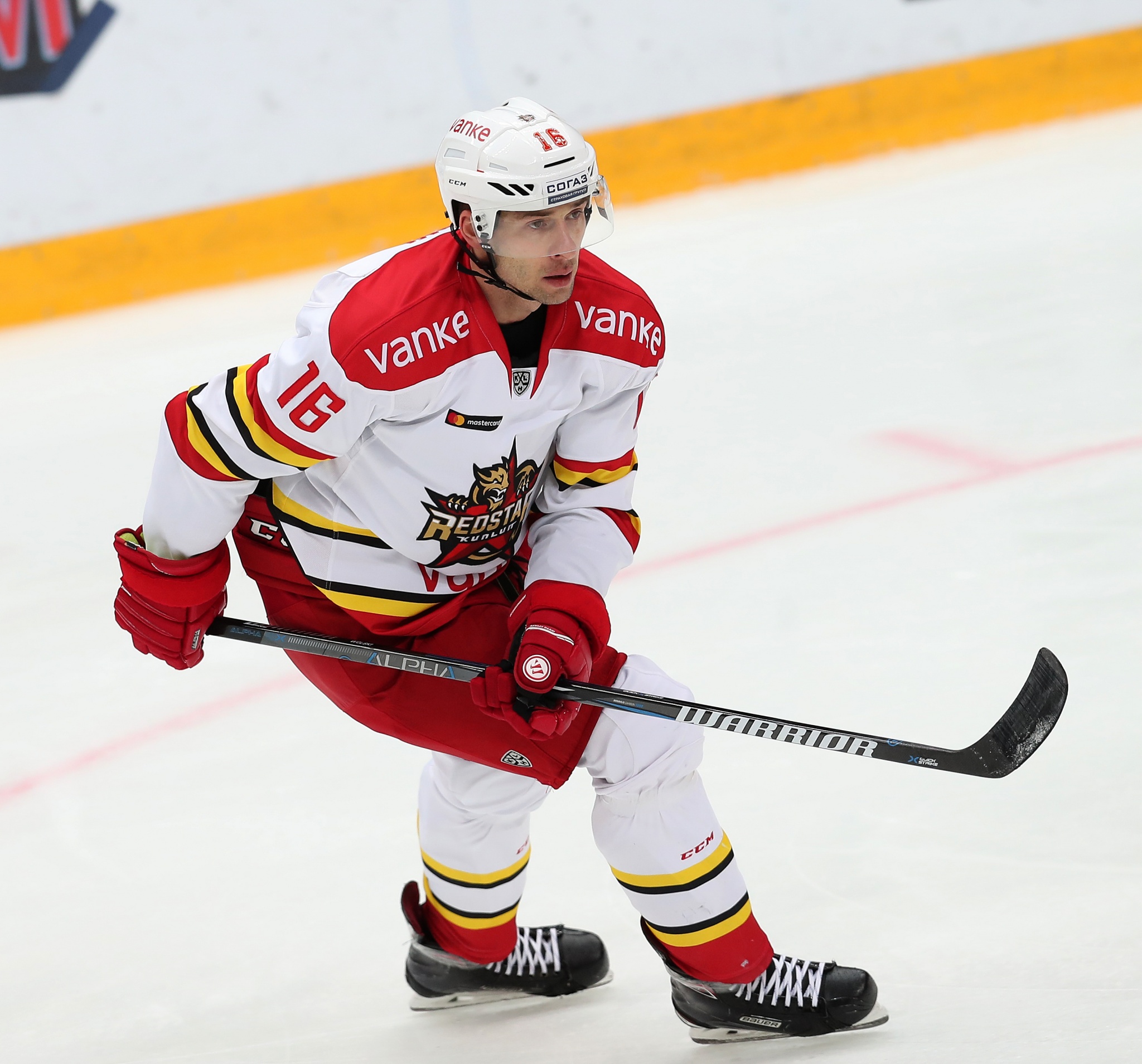 Ak Bars kept its fans in suspense last week, promising a new recruit to the club and sparking a guessing game about who the new man might be. And the defending champion sprang a huge surprise when it unveiled Evgeny Savin as its latest player. Savin, 34, has a wealth of sporting experience, including youth international recognition and an appearance in the 2008 Russian Cup Final. But he’s never play pro hockey in his life, having made his career as a footballer and later a journalist.

After completing his first training session in Kazan – claiming his first goal along the way – Savin spoke exclusively to KHL.ru and hinted at more to come. “I will definitely be at Monday’s game against Avtomobilist,” he said. “But for now my role there is a secret. Right now I can say that I’ve got some fantastic material for my blog, KraSava. I’ve spent a few days in full training, living with the champions, and soon we’ll be putting together a video about the whole experience.” 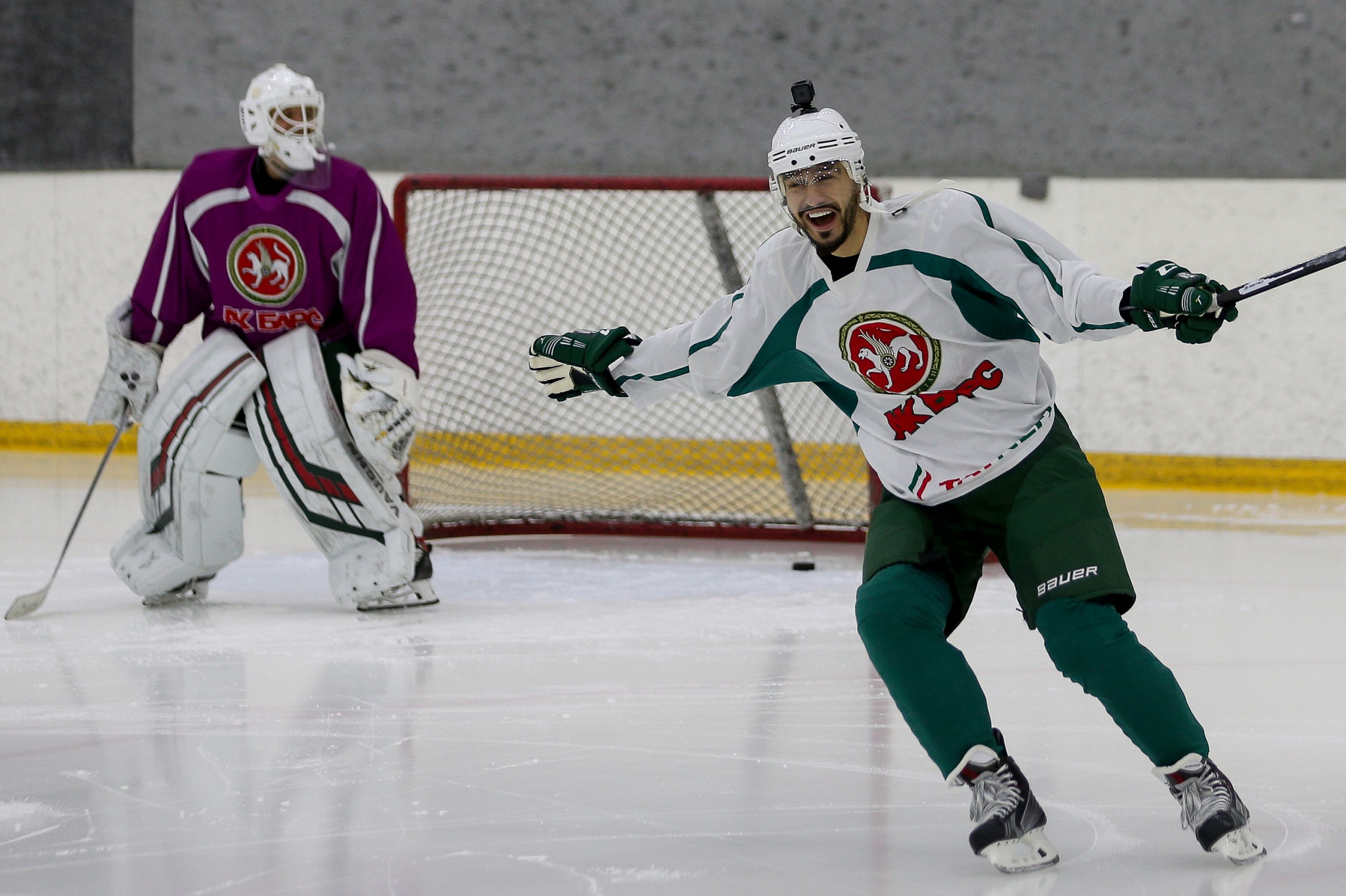 Veteran defenseman Kirill Koltsov signed a deal with Avtomobilist until the end of the season. The 35-year-old spent last season with Spartak, where he played in 950th game in Russian championship hockey as he helped the Red-and-Whites to the playoffs. In his 573 KHL appearances, the highlight came at Salavat Yulaev where he won the Gagarin Cup in 2011. 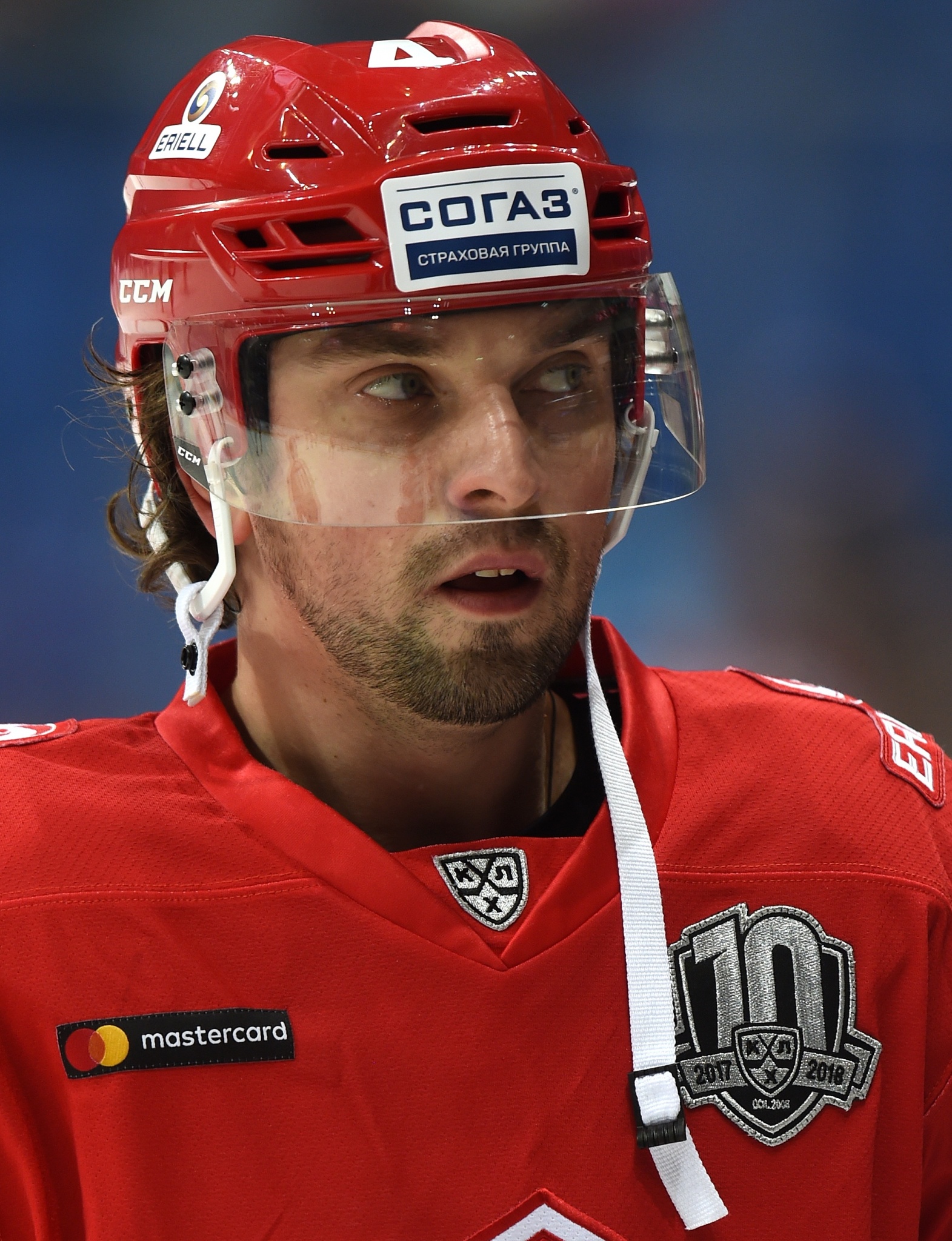