Russia powers past the Czech, gets set for Finland showdown

Russia romped to a 7-2 victory over the Czech Republic on the second day of Channel 1 Cup action – but the team heads to Sunday’s meeting with Finland in St. Petersburg with an injury doubt over Kirill Kaprizov.

The CSKA forward was on the receiving end of a rough hit from David Musil late in the game and did not feature in the last six minutes of action. Musil was handed a major penalty for his foul play. Russia’s head coach, Ilya Vorobyov, said: “I just went to see Kirill and he told me everything was OK but we’re still waiting for the medics to check him over. We’re hoping that he’s going to be fit for tomorrow.” 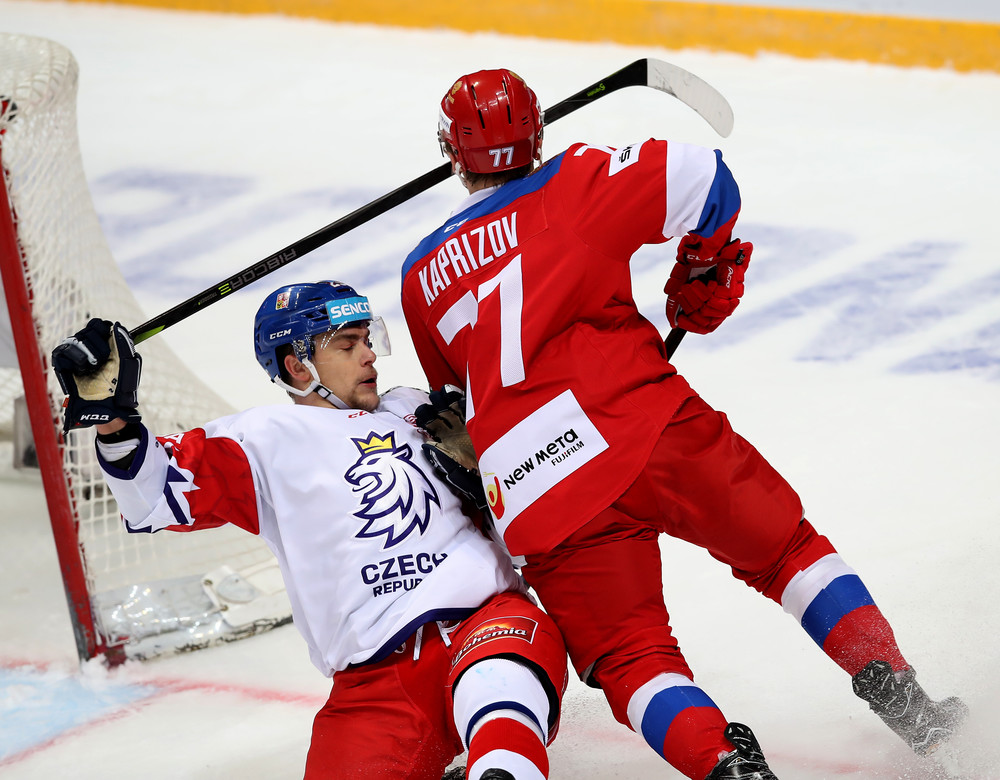 For Kuzmenko, it was a big day. Playing on a line with Kaprizov and SKA team-mate Ilya Kablukov, he quickly found a winning combination. “The guys were quick to get the puck to me at the right times,” he said. “I enjoyed playing with them and I hope they enjoyed it too. We hardly played on defense, it was offense almost all the time.”

He was also unruffled by some of the rough stuff dished out by the Czechs. “Nobody wants to lose,” Kuzmenko added. “When it’s clear that you can’t do anything to change the game, it’s tempting to try and get some surreptitious blows on your opponent. We punished them for that and we paid them back for our defeat in Finland last month.” 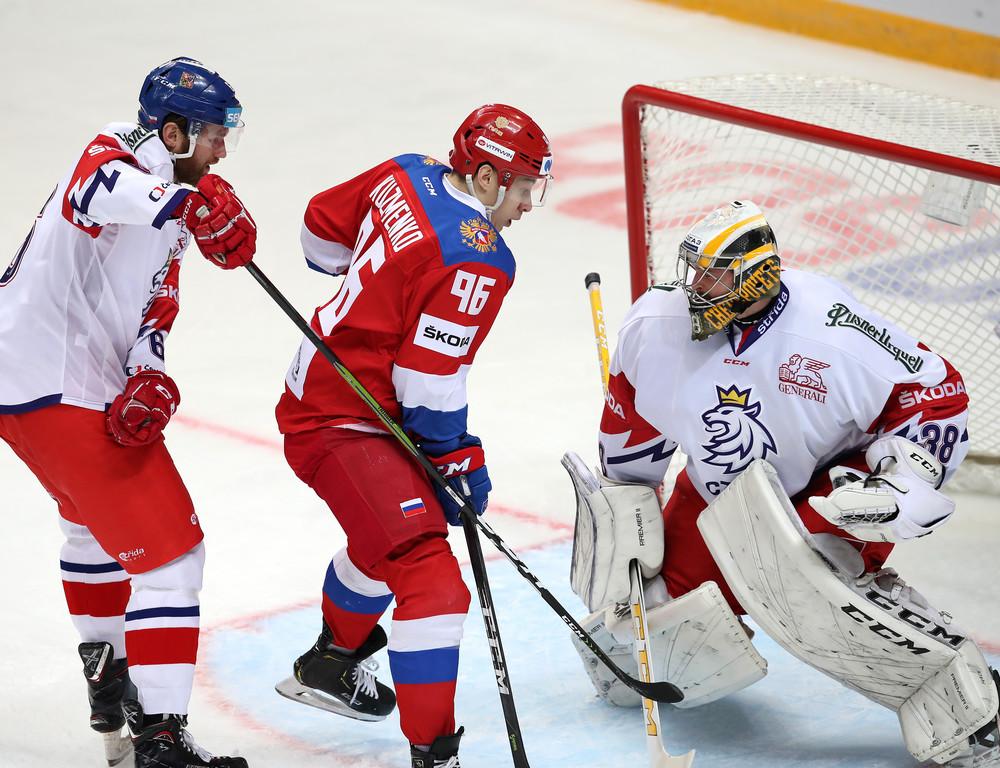 After two games of the Channel 1 Cup, Russia tops the table with five points. Next up it’s a special game in St. Petersburg, with the Red Machine taking on Finland in front of a potential record crowd at the city’s soccer stadium. The arena, specially built to host the FIFA World Cup, holds more than 57,000 fans when set up to stage hockey; there hasn’t been a crowd of that size at an international in Russia since the Soviet era when Moscow’s Luzhniki Stadium staged a match-up against Sweden in the 1957 IIHF World Championship.

Finland, defeated in a shoot-out against the Czechs on Thursday, bounced back with a 3-2 victory over Sweden. For the second game running the Swedes opened a 2-0 lead only to be lose out. Jani Lajunen potted the game winner of an assist from Juuso Hietanen in the 58th minute.

Tomorrow’s game in Petersburg will determine the overall leader in the Euro Hockey Tour. Russia is currently on 11 points, one ahead of the Finns.