On Monday, December 10, the Russian junior national team had an open practice at the Novogorsk facility as a part of the World Junior Championship preparation program. The WJC is scheduled for December 26 through January 5 in Vancouver and Victoria, BC.

The camp features 28 players, and five more will join the team once Team Russia moves to Canada. 18 players of 33 have KHL experience. Valery Bragin’s staff will be helped by Oleg Znarok, who recently was hired as Russian national teams’ consultant. The players skated in the following lines:

We are following Podkolzin; only 3-4 players can feel comfortable.

The first national team member to meet the press was Valery Bragin, and the first question was about the role of Oleg Znarok within the team.

- He is a consultant for all the national teams, not only for us. His charisma and energy can just help our teams.

- Vitaly Kravtsov picked up an injury in the last game before the camp. How does he feel? What do you think about him playing center?

- All is good with him. Vitaly played very well as a center at the Four Nations tournament, and we’re talking with him about it. He plays well when he has space; he reads well the game. His only problem is the defensive game. If there won’t be problems there, he’ll play.

- Is there a chance to see Vasily Podkolzin at the WJC? He’s playing very well in Canada at the WJAC.

- We are following him, if we have problems with the current roster, then we’ll see. We know him very well, he’s capable of playing at both ends of the ice.

- Do you think you have more choice this year if compared to last WJC in Buffalo?

- Of course, it’s always a good thing to have an internal competition. I think that only 3-4 players can feel comfortable. Regarding our game plan, we’re going to play more aggressively. 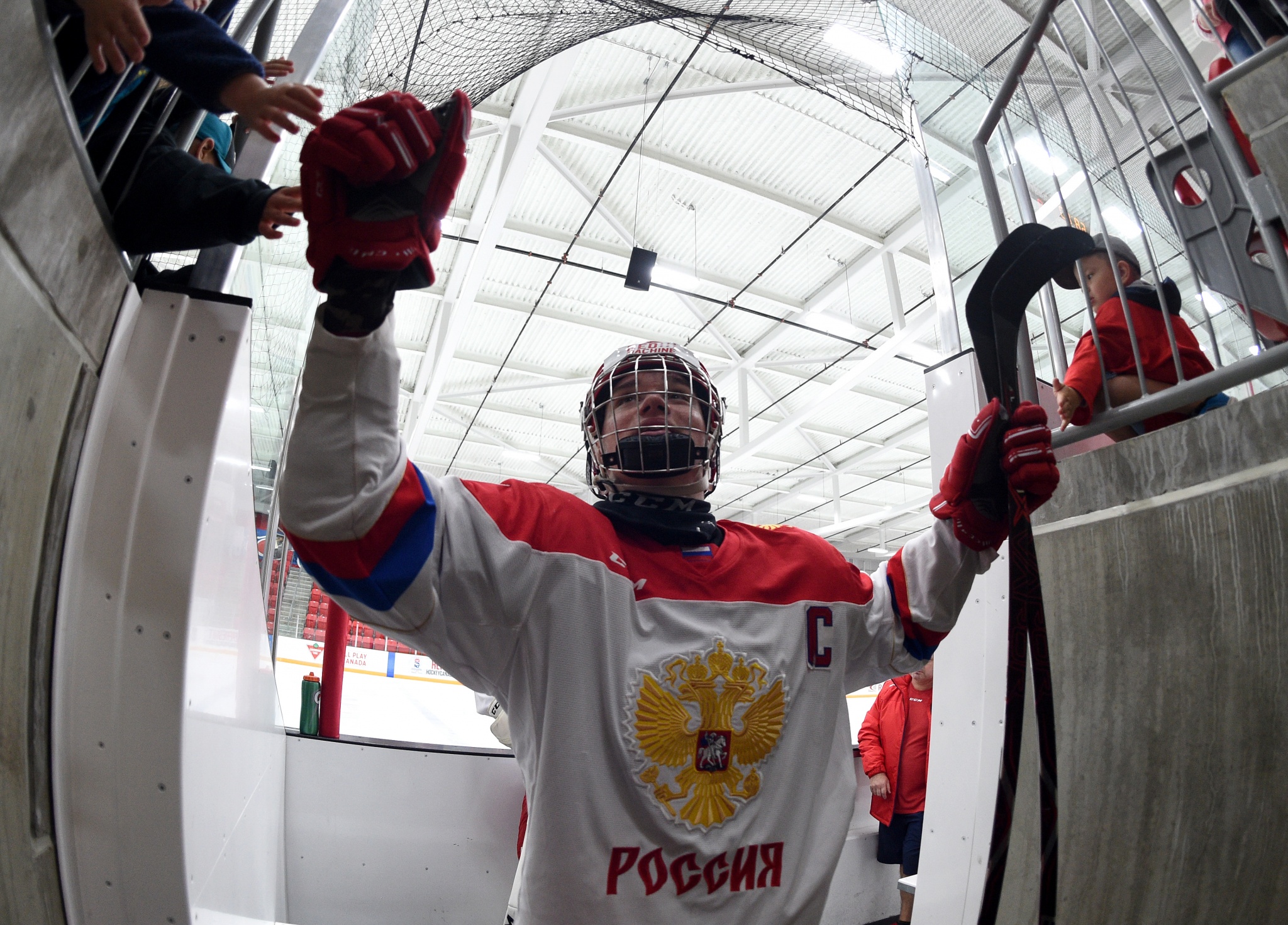 Vitaly Kravtsov was the KHL Rookie of the Year last season and was the recipient of the Alexei Cherepanov Award. This year, he’s the top-scoring U20 player, with 17 (6+11) points.

- All is good, I slept a bit, and everything passed. I wasn’t scared after falling; all is good now. Our goal for Vancouver is to get to the first place, and the most important thing to do is to show a good team play.

- What kind of center will Vitaly Kravtsov be?

- A bad one, maybe. We’re practicing now; perhaps I’ll play in the middle, maybe I will not. We’ll see what the fate will bring.

- Do you think the team features many good players?

- It’s a great team. All the guys are trying hard. All the four lines are excellent; you can’t overpraise them.

- When I was a kid, I played under his brother Igor, and they bear a remarkable resemblance. Oleg Znarok is a great person, he gives excellent advice, teaches new things. It’s very pleasant to work with him.

- Who’s the best player in this team?

- Probably Pavel Shen, what did he have? Three shifts in the whole season? [Laughs.]

- You’re practicing on a line with Nikolai Kovalenko and Grigory Denisenko. All of you have solid KHL experience. Does this kind of seniority help you?

- Of course. I’ve got fantastic partners, they play a non-standard way, we need to find some more chemistry, and everything will be great. 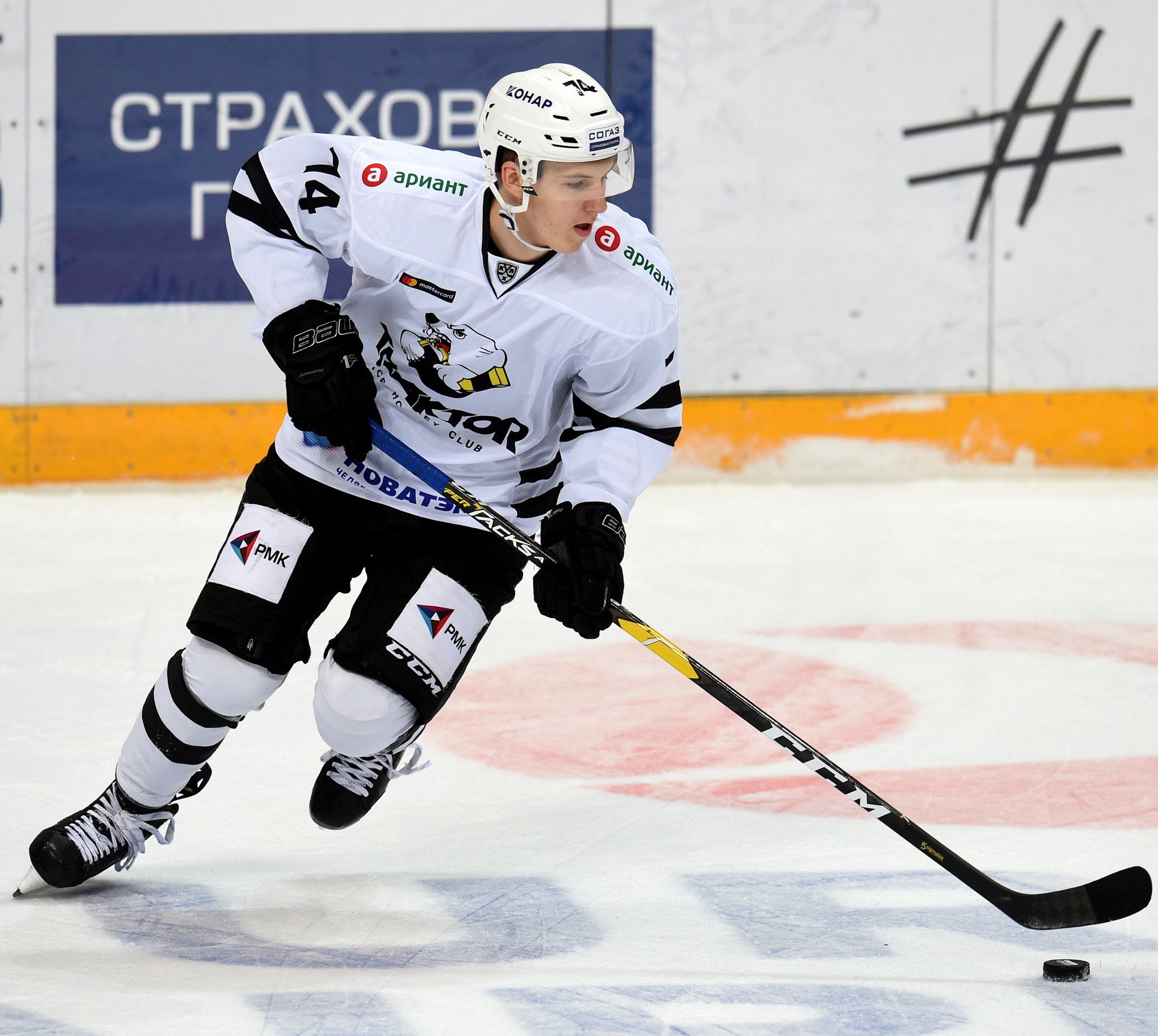