Medals from loafs of sausage. How the ASW trophies are made

Taking part in the KHL All-Star Game is an event that players will remember forever. A sort of initiation into the elite of the league, getting into the club of the elected ones. To materialize the memory of the hockey party in Kazan, the Kontinental Hockey League will award all the participants with medals. KHL.ru went to the jewelry studio and learned how the Week of Hockey Stars medals are done.

In a few rooms, a small workshop works with a dozen people. At the entrance, in a special chamber, the medals that in a month and a half will show off on the chests of the participants of the Week of Hockey Stars are dried. We had a look at the final stage of work on the awards. Very soon, the medals will be packed in colorful cases and sent to the capital of Tatarstan.

The work on the medals begins two or three months earlier. The head of the jewelry studio Vladimir Meisel – the successor of a famous dynasty of artisans – told us about how the original idea turned into a real masterpiece.

“At first, we had to develop an idea about how to create the medals,” Meisel said. “We are the only ones to do them black. I have never seen anything similar at this level. The analogy is quite self-explanatory: a black circle resembles a puck.”

By the way, the idea of honoring the Week of Hockey Stars is a few years old. Medals are awarded to participants of the WHL All-Star Game, JHL Challenge Cup, and KHL All-Star Game.

“At first, we try to agree on a sketch,” Meisel explains. “Often we have to face some creative disputes. Our artist has an idea, while the KHL designers have another idea. But we always find a compromise, and at this point, the tough stuff begins: the actual production of the medals.”

In the jewelry studio, several machines create the plates using unique, customized software. And the very basis of the medal is a thick metal bar one meter long and ten centimeters in diameter. Such a cylinder weighs about 150 kilograms, and the medal itself by weight is only for the stiff necks of hockey players. You take the medal into the palm of your hand, and the black circle pulls the hand down: each medal weighs more than three hundred grams.

“We then take this metal bar and cut it into circles, like a loaf of sausage,” Meisel explains. Then the high cuisine begins: each medal is aligned on a lathe, the mill applies the drawing, and then the medal is coated with precious metals: gold, silver, and bronze. 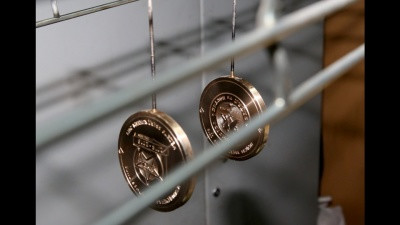 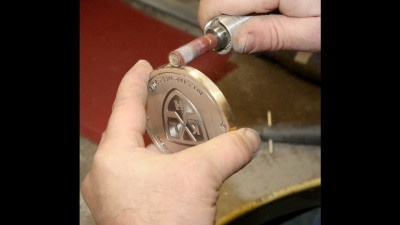 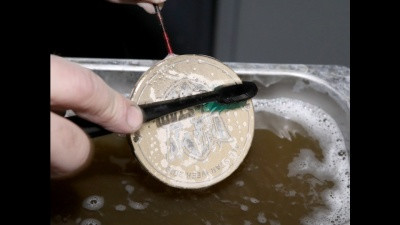 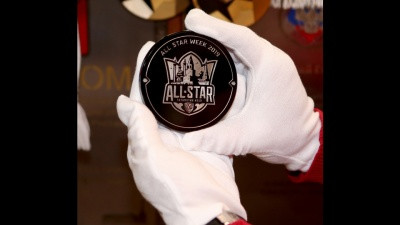 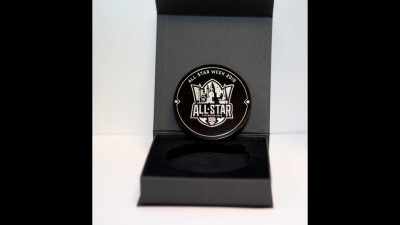 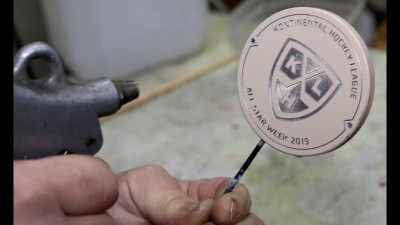 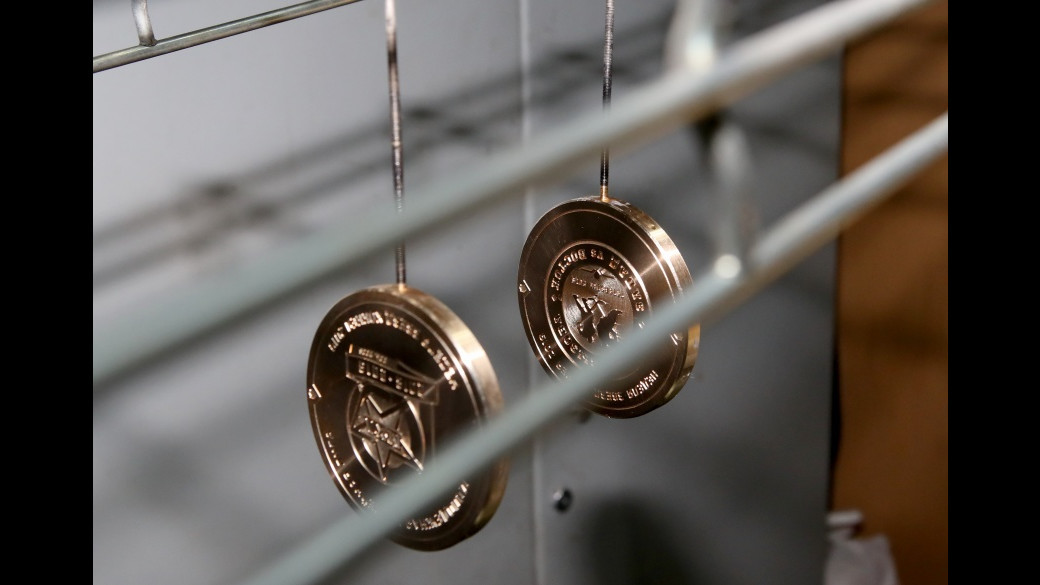 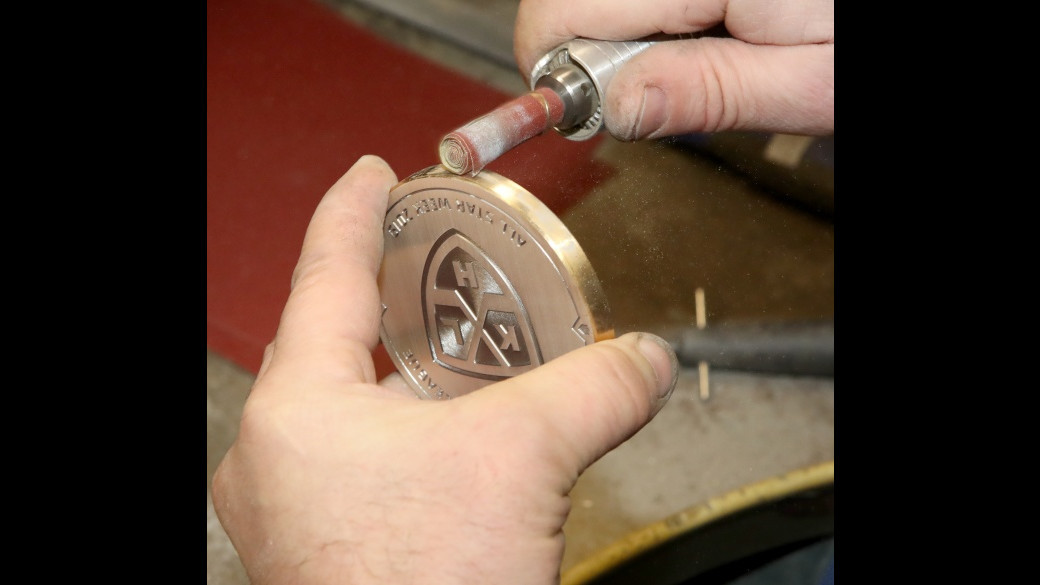 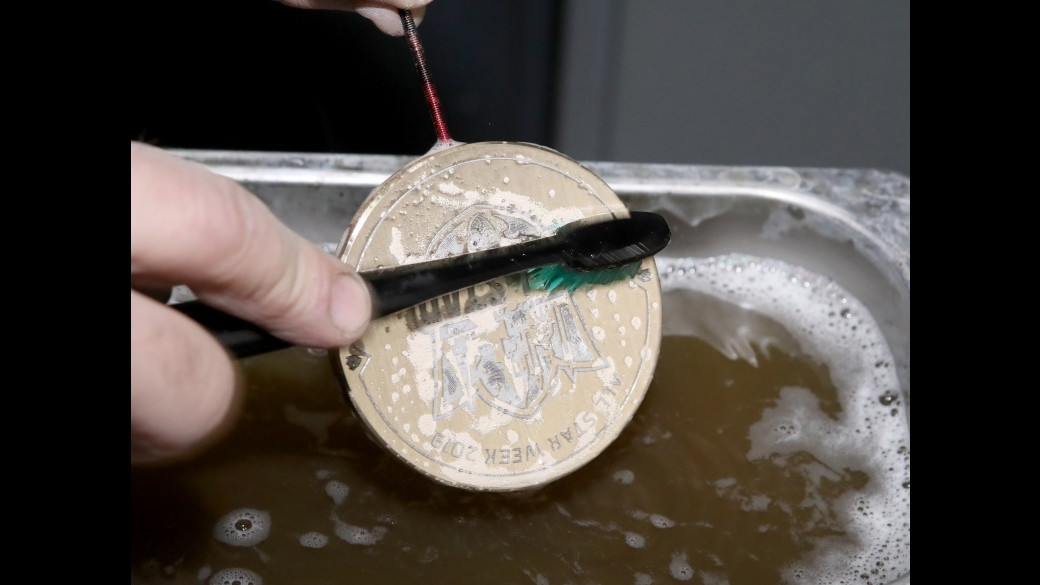 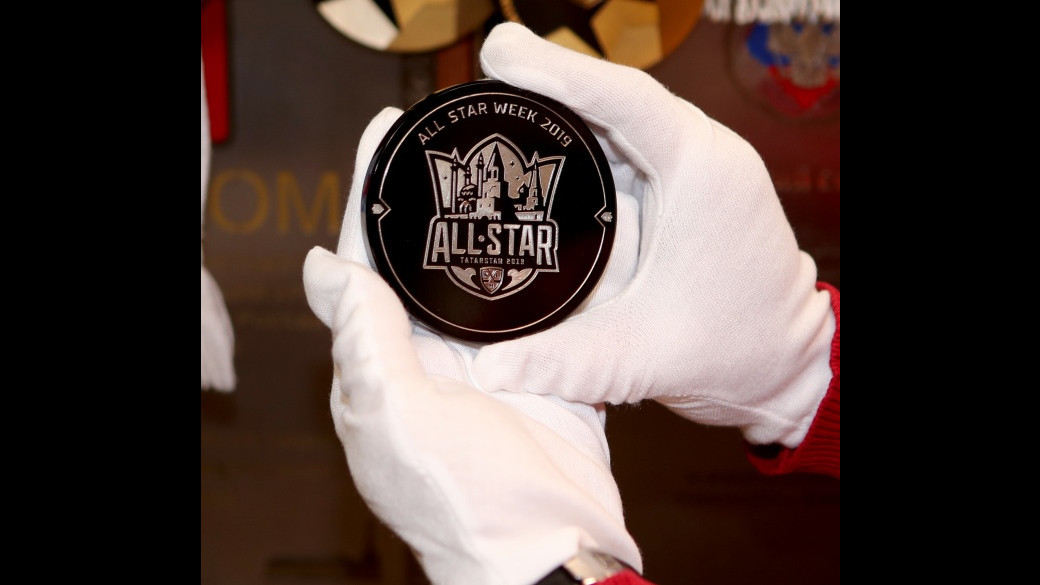 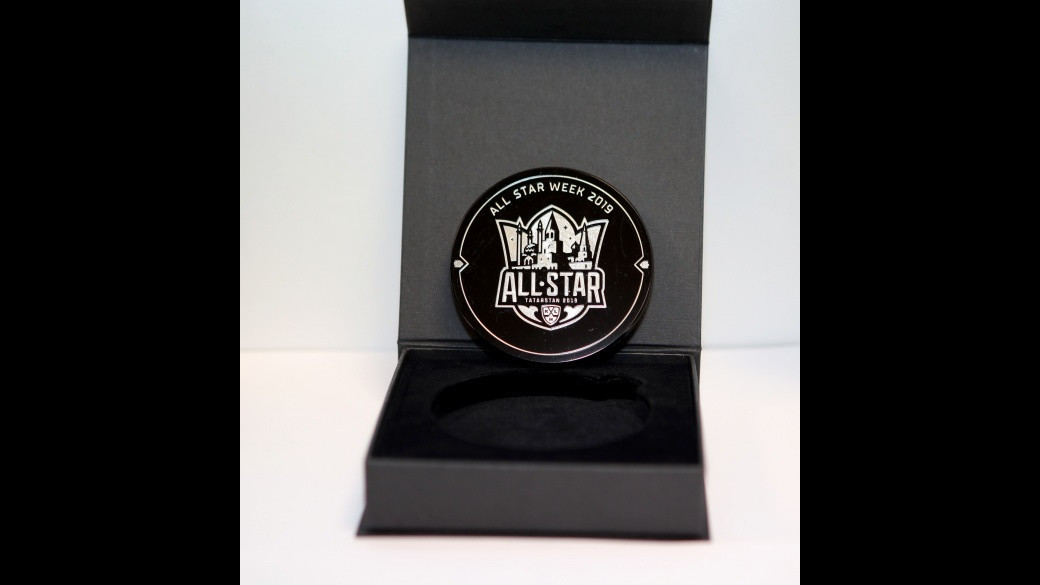 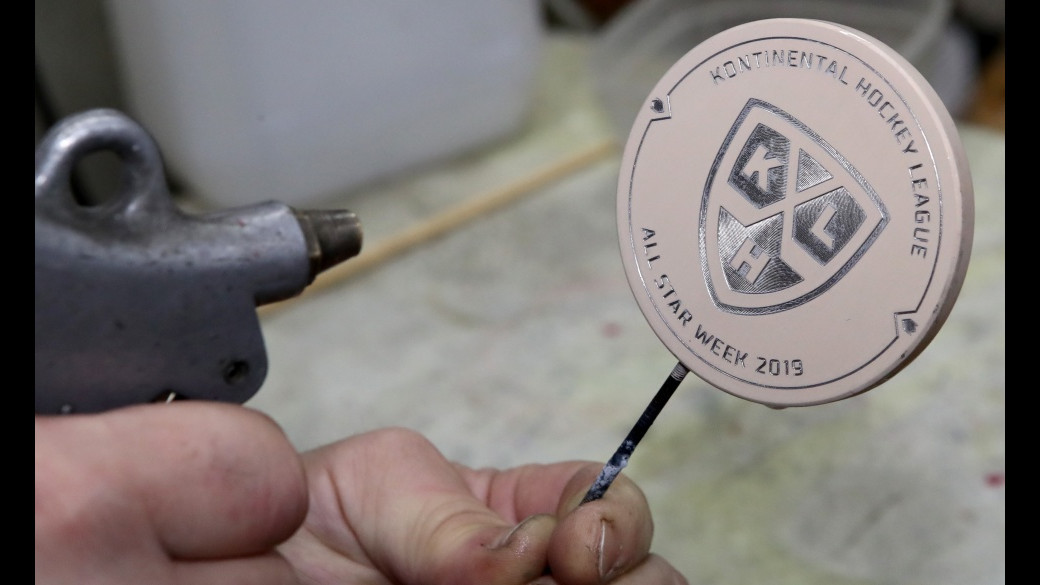 Almost a quarter of century side-to-side with hockey

In this jewelry studios, hundreds – if not thousands – of hockey medals, awards, and cups were crafted. Here the main KHL trophy – the Gagarin Cup – was created.

“I am inextricably linked with hockey since 1996, so I will soon be celebrating a quarter-century anniversary,” the jewelry master admits. “I am especially proud that I did not miss a single hockey season: the leagues always needed some awards, trophies, medals... And we have been cooperating with the KHL since its inception, and it’s very nice that we are only expanding our partnership from year to year.”

Many masters of the jewelry studio, previously not familiar with hockey, found a new field of activity. It is understandable: if you know for whom you are making an award, imbued with the spirit of the game, then you will soon find new ideas. “But the professionalism comes first for me,” says Vladimir Meisel. “First of all, the product must be of high quality.”

The studio admits that their favorite broadcast is the closing ceremony of the season. Indeed, along with the recipients of the awards, the stars of the ceremony are the fruits of their labors – the individual awards. Where else can you see your creation on television from all angles and under the spotlights?

Although there are joint trips to hockey matches, Vladimir Meisel’s working day is incredibly tense: he gets to the studio at 8 AM, and he leaves it only at twelve. And even at home, he does not rest in front of the TV but draws new sketches or finishes what he began in the workshop. But he often manages to find time to attend hockey games. As the master himself says, this usually happens at the end of the season, during the decisive stages.

Do hockey players themselves appreciate the awards? Vladimir Meisel does not harbor unnecessary illusions. “Hockey players are young and hot guys,” the master replies. “It seems to me that the main thing for them is not what a trophy looks like, but how much champagne can be poured into it. Other things determine the value of a player: is his surname on the Gagarin Cup? Did he win an Olympic medal? Maybe the player looked only once at the award during the ceremony, then put it in his closet. For an athlete, the point is not the beauty of the medal, but the fact of its presence.”