The next generation – the KHL week in review

KHL stars impress in Canada on international duty, while a 17-year-old from SKA becomes the first player born in the 21st century to feature in the KHL. Nikolai Kulemin has been in scorching form for Metallurg and we learned who this season’s most popular player is ...

Nikolai Kulemin has been making up for a slightly subdued start to his return to Russian hockey. The former Maple Leafs and Islanders forward is back at his home-town team, Metallurg, and blasted into scoring form with a run of eight goals in five games. His productive streak went for seven outings, producing 8+2=10 points as Magnitka enjoyed a seven-game winning run. However, both team and individual streak came to an end at SKA on Sunday evening when the home team edged a 2-1 verdict after silencing Kulemin’s scoring. Prior to his explosion, Kulemin managed five points in 13 games.

The fan voting for the All-Star Games is complete – and the KHL’s most popular player this season is Riga’s free-scoring defenseman Mathew Maione. He’s hit the headlines in Latvia thanks to his prolific scoring, and polled 2,536 votes to earn his place on Team Bobrov. That was more than 100 votes better than CSKA’s Olympic hero Kirill Kaprizov, with Nigel Dawes (Avtomobilist) and Nikita Gusev (SKA) also scoring highly. Maione told KHL.ru: “It’s a real surprise for me but I’m delighted that the fans appreciate my style of hockey and voted for me. It’s going to be fun to go to this event with so many great players. I might not have time to prepare some tricks, but I’ll do everything I can to entertain the fans.”

Barys defenseman Kevin Dallman is poised to make his 600th KHL appearance – and become the first import to reach that mark. The Niagara Falls native, now a naturalized Kazakh citizen, is currently on 599 appearances and should reach the milestone in Friday’s game at Jokerit. Dallman will become the 18th player to feature in 600+ KHL games.

Elsewhere, former Dinamo Minsk, Medvescak and Torpedo forward Charles Linglet celebrated his 900th regular season game in pro hockey at the weekend and scored the opening goal for Cardiff Devils in a British Elite League win over Dundee Stars. 319 of those games came in the KHL. 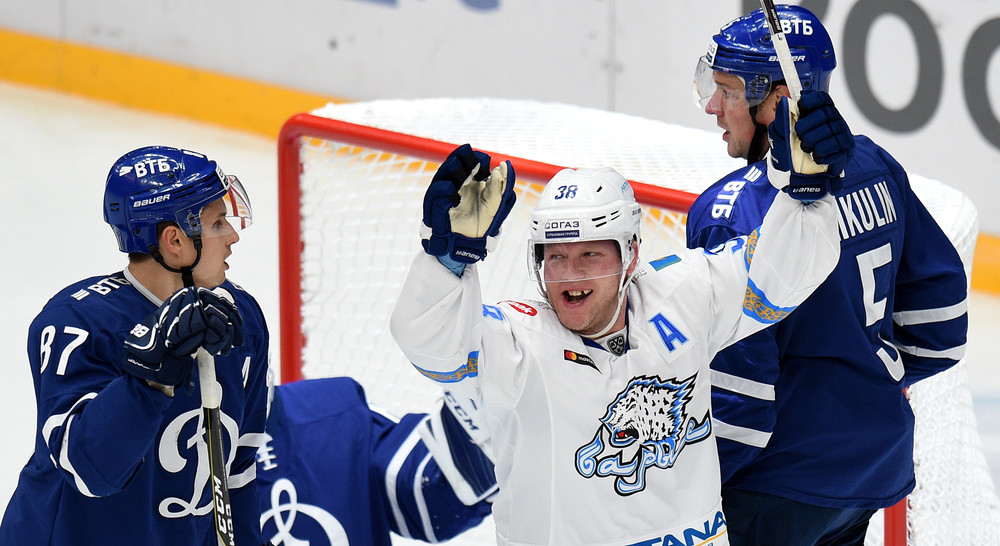 Russia U20 that included eleven players with KHL experience won the 2018 CIBC Canada-Russia series for the first time since 2014 – and that’s especially good news for HC Sochi. Russia’s top scorer in the event was Stepan Starkov, with 6 (2+4) points from six games. The 19-year-old made his KHL debut last season and even featured in the Sochi’s playoff campaign. This season, he picked up his first points in the big league and currently has 2+2 from 21 appearances, enjoying more ice time as he goes. Goalie Pyotr Kochetkov made his KHL debut for Sochi this season and the 19-year-old had three wins from three games in Canada, plus an SVG of 97.8%. With the experienced Konstantin Barulin as a mentor by the Black Sea, the youngster looks to be maturing into a great prospect for the future. 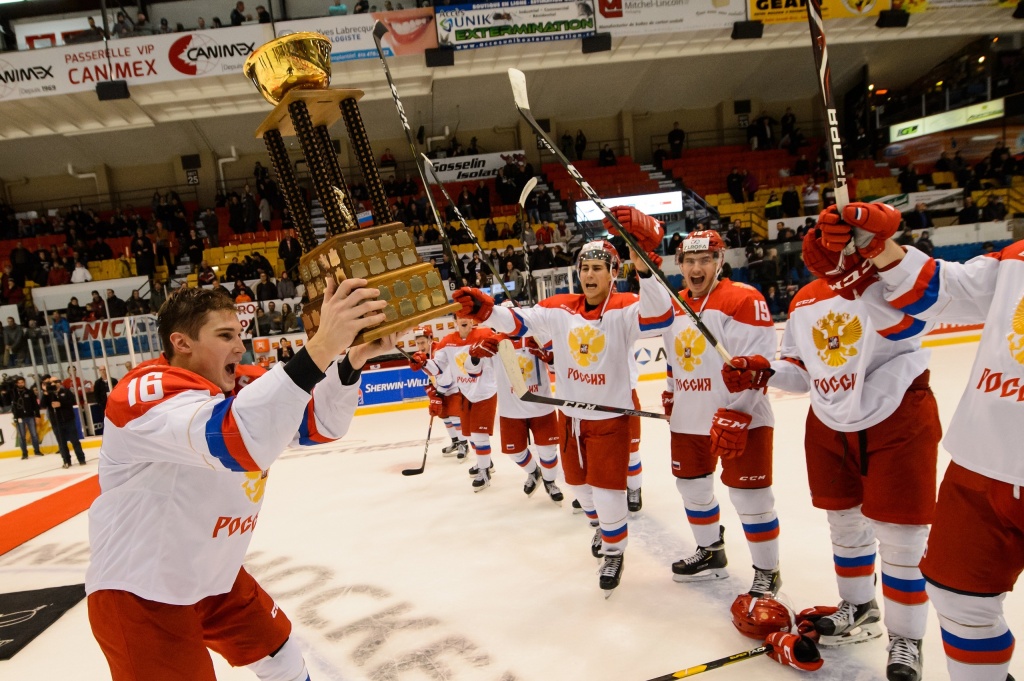 SKA’s 17-year-old forward wrote a little piece of history on Nov. 12: during the game against Avtomobilist he became the first player born in the 21st century to feature in the KHL (note: while 2000 is often assumed to be the start of the 21st century, the absence of a ‘year zero’ means 2001, Vasily Podkolzin’s year of birth, is the beginning of the third millenium). It was quite an introduction for a player who made an impact at the summer’s Hlinka Gretzky Cup: not only a debut against the league leader, but auspicious company to start alongside. “At first they told me I’d be the 13th forward, I’d just sit, watch and learn,” he told KHL.ru. “I spent two periods on the bench, I was getting a bit cold. Then Ilya Vorobyov announces the next line: Datsyuk – Gusev – Podkolzin! It was quite a shock, so I said to Nikita: ‘My legs are shaking, I can’t do this’. He suggested that I take a deep breath, and I started playing better.”

It’s one in, one out in Khabarovsk, where Amur has released former Metallurg forward Tomas Filippi and signed Czech goalie Marek Langhamer from Kometa Brno. The 24-year-old, a Coyotes prospect with two NHL appearances to his name, helped Kometa win the Czech championship last year as understudy to Marek Ciliak, now with Slovan. Langhamer replaces his compatriot, Libor Kasik, who left Amur after eight unimpressive performances.

Dinamo Minsk has signed American Olympian Jonathon Blum to bolster its defense. Blum represented the USA in PyeongChang last year and has spent the last three seasons in the KHL, mostly with Admiral. Previously with the Predators and the Wild, the 29-year-old has 110 regular season NHL games.

Elsewhere, Jokerit purchased the KHL rights for Finnish teenager Kristian Vesalainen from SKA St. Petersburg. The 19-year-old Jets prospect has five NHL outings this season and eight games with the Manitoba Moose in the AHL after he impressed with 39 points in 44 games for HPK in the Finnish Liiga last season.

It’s just one week until the second part of the KHL World Games and the focus is on Zurich, Switzerland. On Nov. 26 and 28, the Hallenstadion, home of the Zurich Lions and an IIHF 2020 World Championship host venue, will welcome Dinamo Riga, SKA St. Petersburg and CSKA Moscow for two more regular season KHL games. The event looks to build on the success of the inaugural World Games in Vienna, Austria, last month, where more than 11,000 fans saw Slovan Bratislava host CSKA and SKA. The Swiss match-ups promise to be hard-fought, with the Army clubs duking it out for top spot in the Western Conference and Dinamo pushing hard to reach the playoffs for the first time since 2014.

Attention all media! Accreditation for KHL World Games in Zürich