On the weekend, 56 KHL players from 15 teams lined up in Finland for the first stage of this season’s Euro Hockey Tour.

The Karjala tournament is now history, and KHL players had a significant role in most of the games. These players shined not only for Cup-winning Team Russia but also in other national teams. Finland finished the Euro Hockey Tour home stage at the second place, tied with the Russians at six points, but losing the confrontation against Ilya Vorobyov’s team. Czech Republic and Sweden had one win each, with the earlier being the only team able to stop the Russian triumphal walk on Sunday, and Sweden defeating the Czechs on Friday in Prague.

The Leijonat overall had a good tournament, and the KHL men had their share of merit in the team’s success, in particular in the 3-0 win over the Czech Republic. In the Saturday’s game, Neftekhimik’s Joonas Nattinen and Jokerit’s Sakari Manninen scored for the Lions. On goal, Juha Metsola had a decent showing against the Russians on Tuesday, even if he lost both the game and the duel against Ilya Sorokin. However, he played only against his KHL league mates, leaving space to Veini Vehvilainen who then went on and was named the tournament’s top scorer. In Sunday’s night win over Sweden – with a crowd of more than 12,000 flooding the Hartwall Arena gates – Jokerit’s Marko Anttila had an assist in the 3-0 goal. 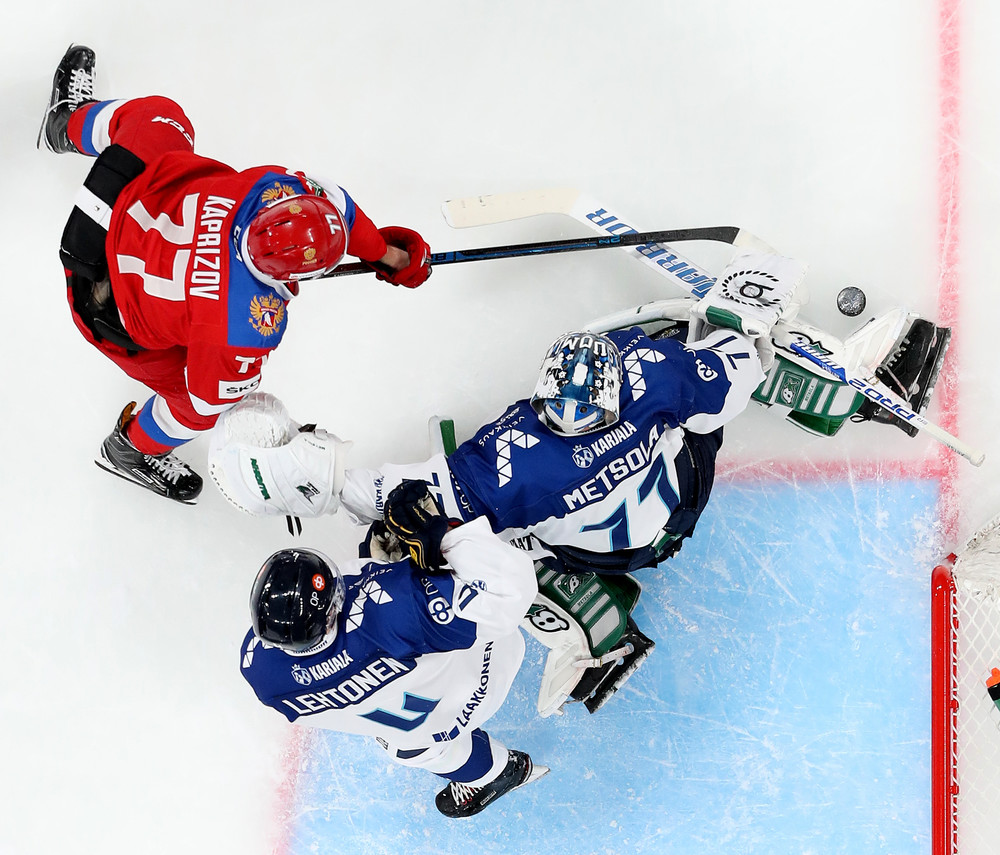 The reigning World Champion had perhaps other expectations from the tournament, especially after defeating the Czechs in Prague on Tuesday, but things didn’t work out too well in the end. The Tre Kronor finished the tournament in third place with three points. SKA’s Magnus Hellberg and CSKA’s Lars Johansson provided fine goaltending, but it hasn’t been enough. Perhaps the head coach tinkered too much with the roster – the team scored only three goals in throughout the tournament. Only eight players scored points, with no one of them being KHL players. Jokerit’s John Norman was one of the few players in the team to avoid posting a negative rating. 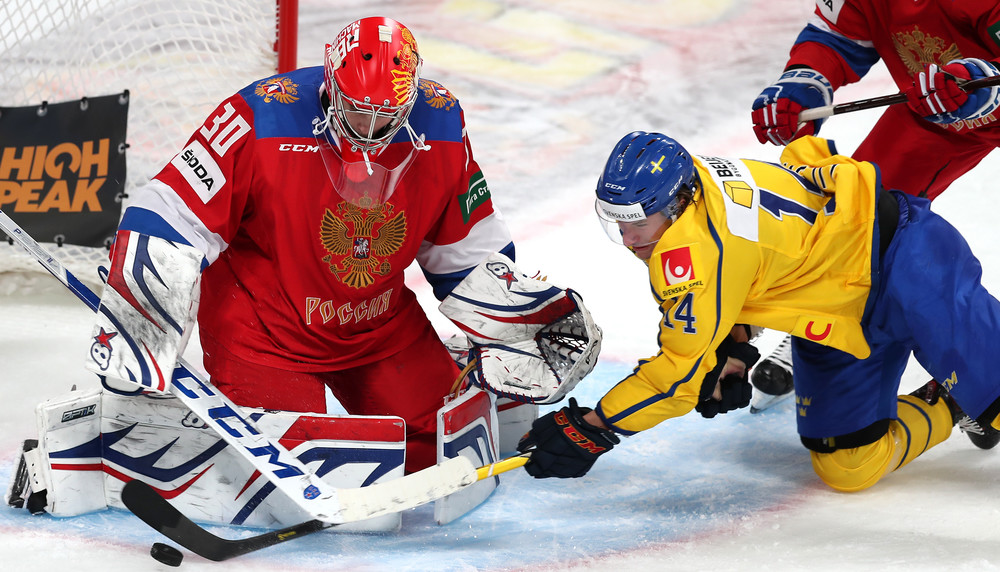 The Czechs didn’t have the best tournament, even if in the latest day of games, they managed to defeat Team Russia – showing that they are still alive and that they shouldn’t be undervalued. The team led by former KHL bench boss Milos Riha had a very good showing against the Russians, in particular, the former Salavat Yulaev Ufa forward Dominik Kubalik, who scored a hat-trick. Probably, the Czechs were expecting stronger goaltending, but Jakub Kovar was limited to one game, and his backup Patrik Bartosak didn’t perform much better, even if he did win the game against Russia. For the Czechs, the KHL players were an important part of the team. Michal Repik was the team’s second scorer (tied with former Vityaz’s Roman Horak). Jiri Sekac was also the second in the team in the plus-minus rating (plus-3) and had an assist. Amur’s defenseman Jan Kolar was among the scorers in the unlucky game against Sweden. 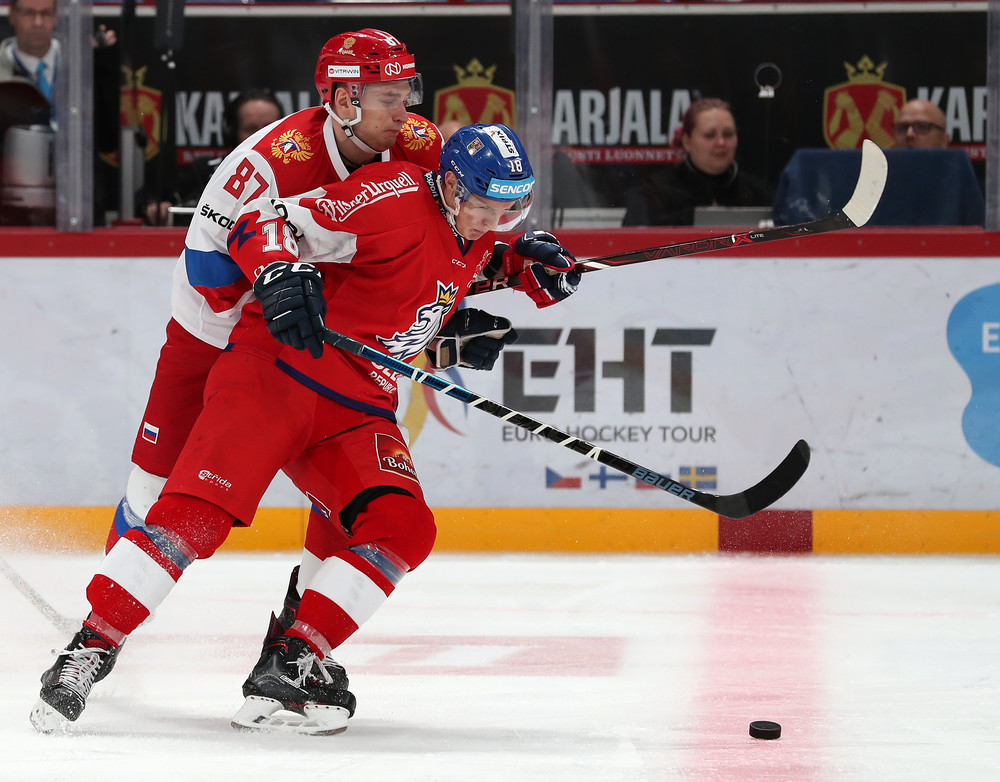 The Russians had the best team in the tournament, and the individual stats confirm it. Mikhail Grigorenko and Kirill Kaprizov, centered by Lokomotiv’s Andrei Loktionov, had an excellent Karjala Cup, even if they mostly scored goals in powerplay and got back home with a negative rating. CSKA’s Nikita Nesterov was awarded with best defenseman honors. Other players who had a good campaign include SKA’s Andrei Kuzmenko, Avtomobilist’s Alexei Vasilevsky, and Ak Bars’ Andrey Pedan – all at their debut with the national team. Goalies Ilya Sorokin and Igor Shestyorkin were very good throughout the Cup, with Sorokin’s number being a little spoiled by the game against Czech Republic when it was clear already that the team would get back home with the gold medal. Some other players didn’t appear in the score sheet, like Alexander Kadeikin, but their contribution in the checking lines has been instrumental in the wins against Finland and Sweden. All in all, the Russians had a very good tournament, and Ilya Vorobyov and his staff are already eyeing the next stage to repeat the success and try out new players.

The Euro Hockey Tour will be back on December 13 in Moscow with the Channel One Cup.