From today, on the official website of the KHL Week of Hockey Stars allstarweek.com, the fans can play their part in selecting the starting lines for the four Division teams who will compete in the star-studded super-tournament held at the Tatneft Arena in Kazan on January 19-20, 2019.

The All-Star Game format is the same as for last year, and as tradition demands, the players who will be on the ice for the opening face-off will be chosen by the fans. Earlier, fan voting determined the starting lines for Team East and Team West. Today, as four Division teams will clash in Kazan, fans will select two defensemen and two forwards for each team. The fan voting will last until November 14.

The rules are the same as for last year: fans may make their selections for one, two, three, or all four Divisions, but only once during the voting process, and the selections must include max. two players from any one club, independently from their position.

1. Authorize your input via one of the social networks displayed in the pop-up window.

2. Locate the text box sited underneath the silhouettes representing each playing position on the rink, and type the first letter of the surname of the player whom you wish to choose for the starting line-up.

3. From the drop-down lists of players, choose two defensemen and two forwards.

4. When you have made your selections, confirm your choice of players by clicking on the "Vote" button at the bottom of the page. 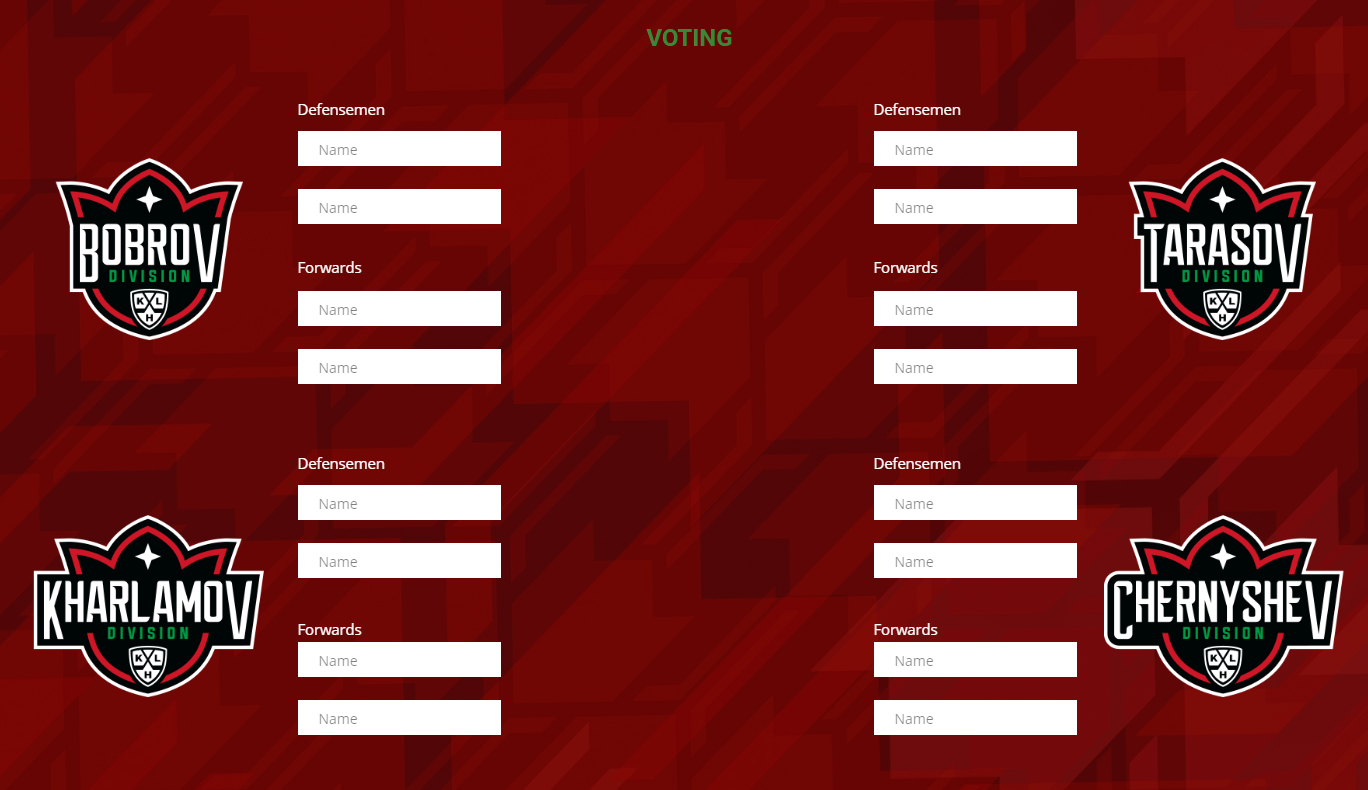 In the event of any chosen player having to withdraw from participation in the All-Star Game, his place shall be taken by whichever player of the same position yielded the greatest number of votes among players who were not originally selected for the Week of Hockey Stars. In the event of three or more players from one club receiving enough votes to participate in the All-Star Game, the two available places shall go to those two players who yielded the highest numbers of votes.

On December 19 – exactly one month to the event – the League will officially confirm the selected rosters of 44 players for the 2018 All-Star Game super-tournament. The other four remaining places – one for each Division –will be reserved for the four finest youngsters in the JHL Challenge Cup.

Don’t miss your chance to vote for your favorite players on allstarweek.com.

#The Week of Hockey Stars