From China to Helsinki. How Finn players are performing in the new season

After visiting Sweden and its great hockey traditions, this week KHL.ru will bring you to Finland to check how players from the land of a thousand lakes are faring in the 2018-19 campaign.

At his fourth full-time season in the KHL (Ville Lajunen also briefly lined up for Metallurg Magnitogorsk in 2012), the 30-year-old defenseman is in his prime, and his game is reflecting that. Lajunen spent most of his early career with the Blues in Finland, before joining Metallurg in 2012 and playing in Sweden the next couple of years. Lajunen then had three successful seasons in Jokerit, becoming an alternate captain for the latest two campaign and lining up for Finland at the 2017 IIHF Worlds in Germany and France.

Lajunen then moved on to Spartak Moscow, where he had another solid showing, scoring 26 points in the regular season. This summer, he decided to move to China to join a solid Finnish contingent, and the move paid off for him as he is having his best season in his career so far. Lajunen leads all Kunlun’s defensemen in points (14) and shots on goal while being the second best in average time on ice. Kunlun Red Star is now in a good position to reach the playoffs, and a big part of the merit is also on Lajunen. 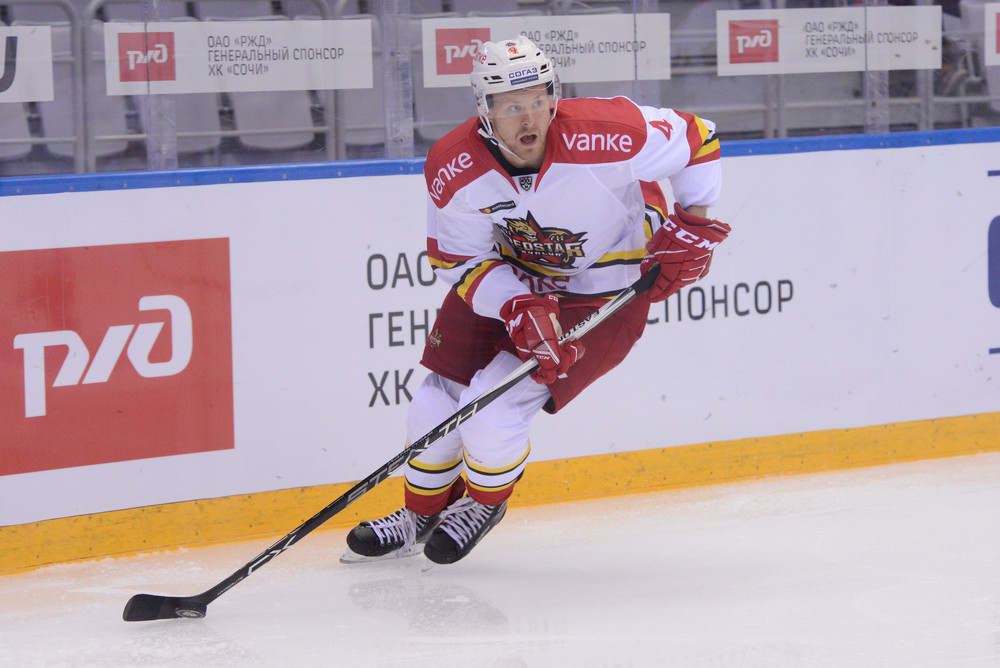 Dinamo Minsk isn’t having its best time in the KHL, but the season is still young, and there are a few positive notes, one of them being Finnish forward Teemu Pulkkinen. The twenty-six-year-old native of Vantaa is at his first season back in Europe after spending more than five years in North America. After an excellent junior career within the Jokerit system – and a strong showing at many international tournaments with the Finnish jersey – Pulkkinen moved to North America in 2013, joining the Detroit Red Wings, the club that drafted him in 2010.

Pulkkinen didn’t manage to become a full-time NHL player, but he enjoyed great production in the AHL, winning the Willie Marshall Award as AHL top goal scorer in 2013. After yet another great AHL campaign in 2017-2018, Pulkkinen decided to get back to Europe and signed with Dinamo Minsk on July 18. In the Belarus capital, the Finnish forward became a leader right away and is now the team’s top scorer, other than being among the leaders in multiple stats. Currently, Dinamo Minsk is having a hard time, but the team will expect Pulkkinen to keep in performing strong to keep on having a chance to get to the Western Conference’s top-eight. 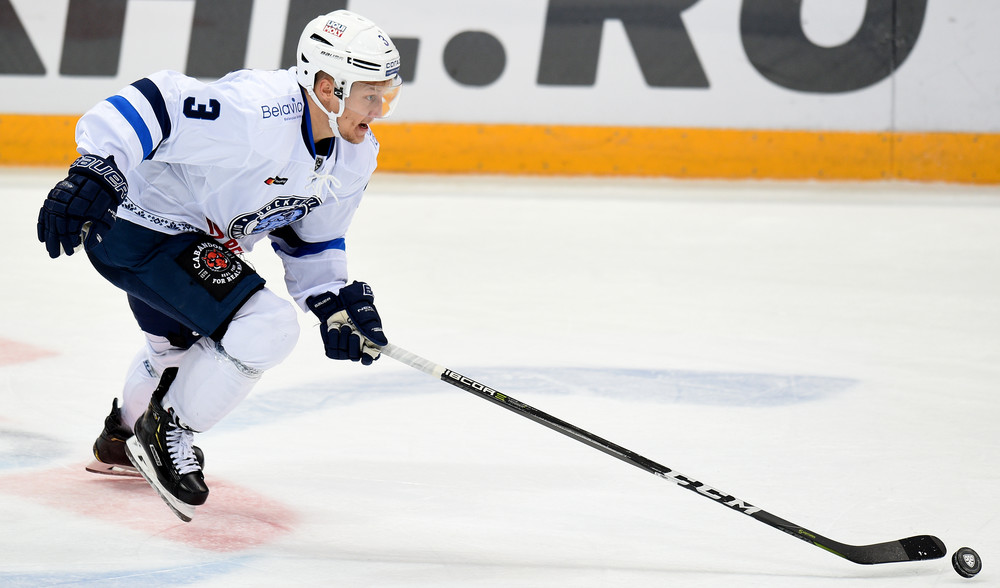 In Vityaz, the boards seem to have a good nose for Finnish goalies, as they found in Joni Ortio a great replacement for Harri Sateri. Ortio, 27, is not as his first high-level season in Europe, but he’s performing great at his first stint in the Kontinental Hockey League. Before moving to North America for a few seasons, split between the NHL and the AHL, Ortio played at a high level at home.

Once back from the NHL system, Ortio played two seasons in the top Swedish league, backstopping Skelleftea to the SHL finals in the 2017-2018 campaign. In the KHL, Ortio is not only the team’s undisputed number one goalie but is also posting very good numbers and backstopping Vityaz to the playoffs as the team is now in an encouraging seventh place in the Western Conference. The team will need Ortio to keep on playing solid goaltending to reach the postseason, but considering the netminder’s career, his consistency and confidence is not a question. 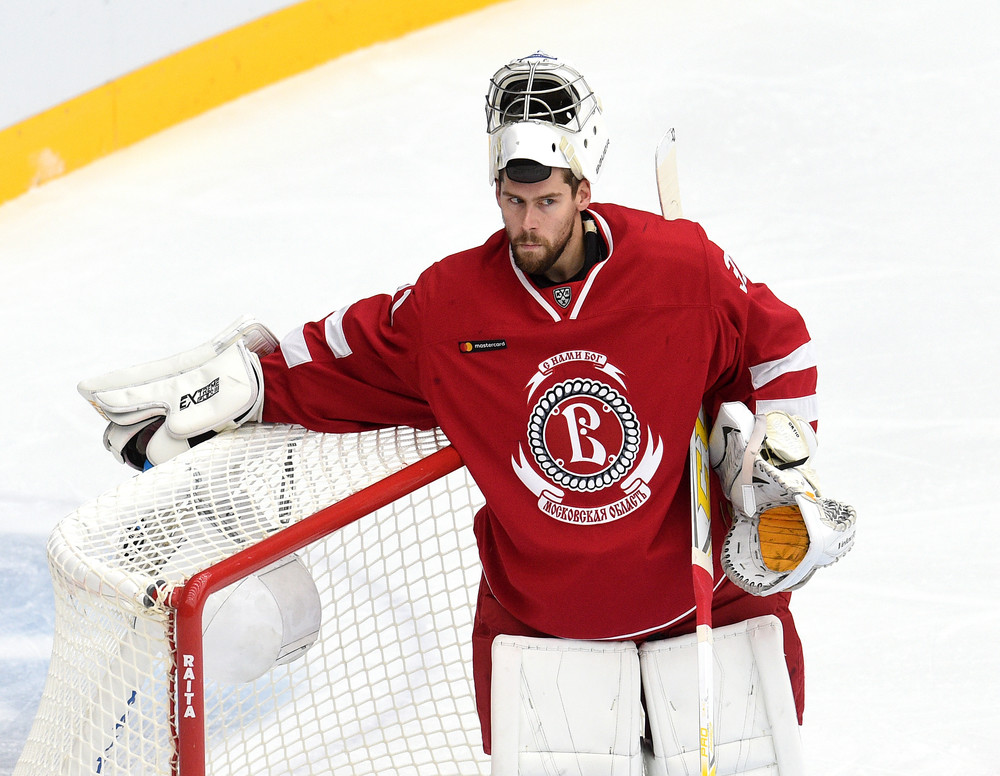 It’s not a surprise that some of the top Finnish KHL players play at home in Helsinki. Currently, the team’s top scorer is newcomer Sakari Manninen, who’s having more than a point a game in his debut season in the Kontinental Hockey League. He shares the top goal scorer position with another Finn, veteran Jesse Joensuu, as both scored nine goals so far.

Other Jokerit Finns who are having a great season are Sami Lepisto, Pekka Jormakka, and Marko Anttila – all players with a long tenure in the League. Also, the young defenseman Eemeli Rasanen has shown glimpses of big potential, even if he didn’t fall in the lineup for every game. Jokerit is currently tied with SKA St. Petersburg in the second place of the Western Conference, and it won’t be an easy client in the playoffs.

Neftekhimik came out of the gate very hot, and the team’s Finnish Legion had a significant contribution since the start. The team’s first line made up of Juuso Puustinen, Joonas Nattinen, and Mikael Ruohomaa is on fire, and they are currently leading the team in scoring and most of the other offensive stats.

The three Finns play about twenty minutes a game and get iced in most key situations. Moreover, Joonas Nattinen is one of the team’s leader in hits. Neftekhimik is now in a good position to reach the playoffs, and it will be interesting to see if the Finns will keep on showing strong character and drive in the postseason.

In this season, 38 Finnish players lined up for KHL teams so far, and while not everyone is having a career breakout, many players have a significant impact on their team. Salavat Yulaev’s dynamic duo Hartikainen and Kemppainen, Miro Aaltonen (Vityaz), and Ville Pokka (Avangard) are other Finn players who are distinguishing themselves as some of the best Finnish players in the KHL. 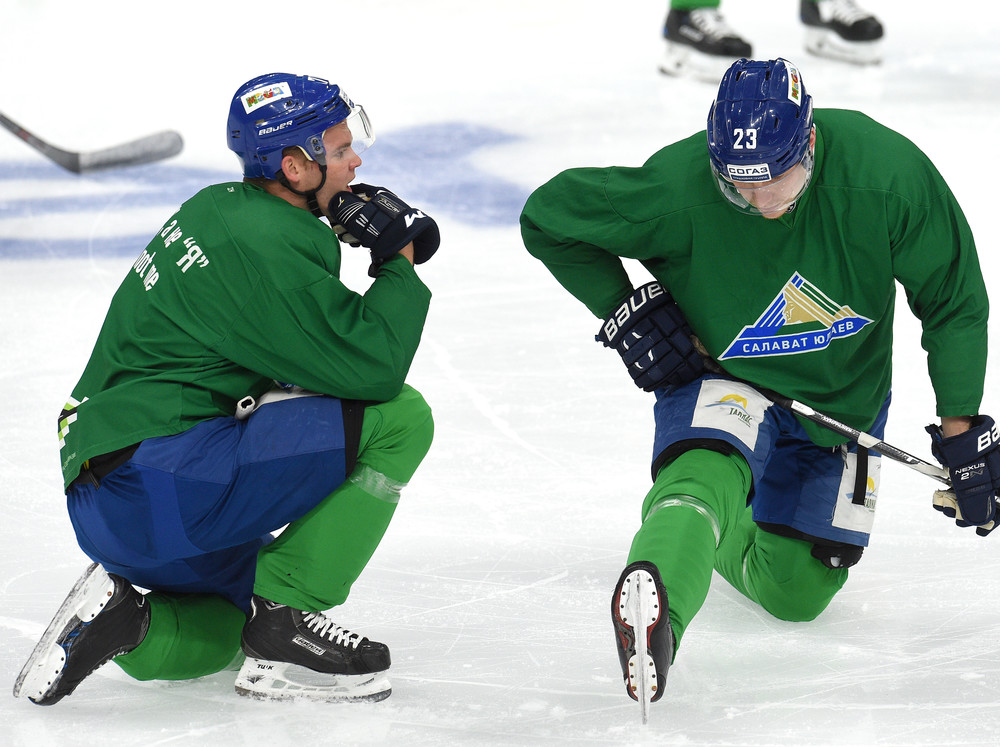 Teemu Hartikainen and Joonas Kemppainen are at their second season together in Ufa, even if the 2018-19 campaign is the sixth with Salavat Yulaev for Hartikainen. Kemppainen, who also spent a year in the KHL with Sibir Novosibirsk, continues being a strong presence at both ends of the ice, while Hartikainen is traveling at a point-per-game pace.

Forward Miro Aaltonen is at his second season in the KHL as he already lined up for Vityaz in 2016-17, before trying his luck in North America the next year, where he won the AHL Calder Cup title with the Toronto Marlies. There, Aaltonen gathered excellent experience and is now looking stronger than ever for Vityaz, being also elected as one of the team’s alternate captains. Aaltonen so far has 16 (8+8) points in 20 games and is one of the top foreigner players in the League.

Defenseman Ville Pokka got back to Europe this summer after four seasons in North America and immediately started having an impact on Avangard Omsk’s hot start. The 24-year-old is among the most-iced defensemen and one of the leaders of the team in most of the defensive stats. Pokka is having a great season, and his importance will only grow with time as Avangard prepares for the playoffs.