Sweden is a great hockey country, there are no doubts about that. Not only the Tre Kronor regularly appear in senior and junior World Championship final stages, they are adept in producing great players for Kontinental Hockey League teams. There are several players who had a significant contribution to Gagarin Cup-winning campaigns, like Tony Martensson with Ak Bars Kazan and SKA St. Petersburg, or Anton Lander last year in Kazan. Other Swedish players, like Mattias Weinhandl, had a big impact on their teams, without managing to win the ultimate trophy.

One of the most talented players to ever lace them up in the KHL, Linus Omark is currently at his sixth KHL season. He first appeared in the League in 2009-10, when he joined Dynamo Moscow with his fellow countryman Johan Harju before moving on to North America after only one season in the Russian capital. After spending the next four seasons split between the NHL, the AHL, and European leagues, Omark eventually returned to the KHL in 2014 as he was signed by Jokerit for their first season in the League.

After a relatively successful season in Finland, Omark moved to Ufa, signing for Salavat Yulaev. There, Omark started showing the best hockey in his career, and keeps on doing so as he was selected in the latest three consecutive All-Star Games.

This year is no different for Omark. With more than one point a game, and close to giving out at least an assist each night, the Swedish forward is his team’s top scorer and one of the alternate captains. Other than in assists and points, he leads all Salavat Yulaev forwards in average time on ice with a little bit less than nineteen minutes a night. Omark is in great shape, and he has all it takes to lead Salavat Yulaev deep in the playoffs. 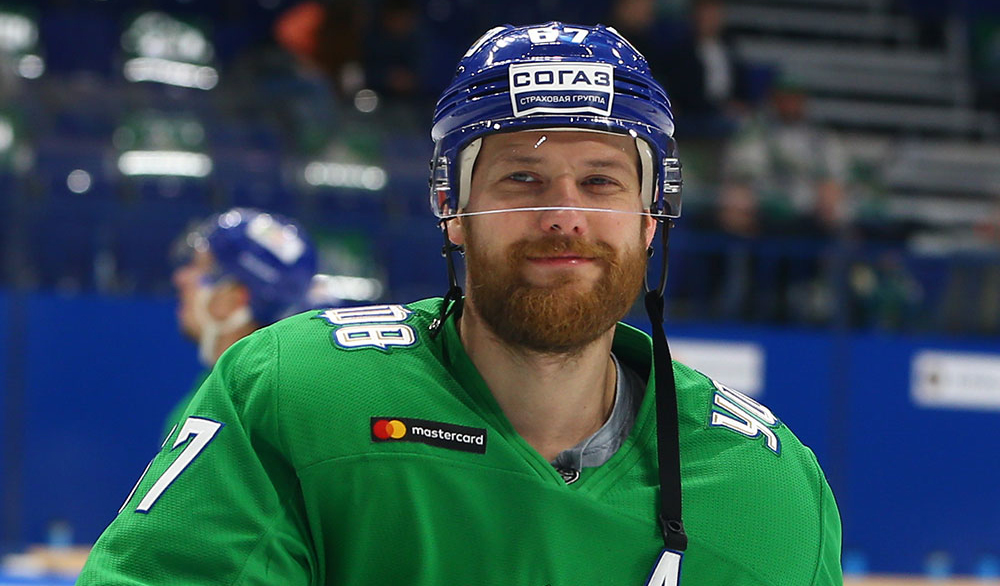 One of the most prolific Swedish players in the KHL history, Linus Videll is at his eighth season in the League and at his second spell in Riga. Videll moved to the KHL in 2011, after signing with Ugra from AIK. The powerful forward played in six different KHL teams thus far, and his best season before the 2018-19 campaign was the 2014-15 first spell with Dinamo Riga, where he amassed 34 points in 58 games. He also played for Severstal Cherepovets, Torpedo Nizhny Novgorod, Kunlun Red Star, and Traktor Chelyabinsk.

It looks like his record in points scored is not going to last long as this year he has already 21 points under his belt, a result good for the second place in the KHL scoring race (tied with his teammate Mathew Maione and his fellow country mate Patrik Hersley). Videll leads Dinamo Riga forwards in goals, assists, points, shots on goal, and average time on ice, and is the second-best player in his role in shooting percentage and blocked shots, confirming to be not only a great offensive player.

With players like Videll and Maione in its lineup, Dinamo Riga has finally a good chance to get back again to the playoffs. In spite of the recent defeats, the team led by Girts Ankipans is now at just one point from the playoffs line in the Western Conference. 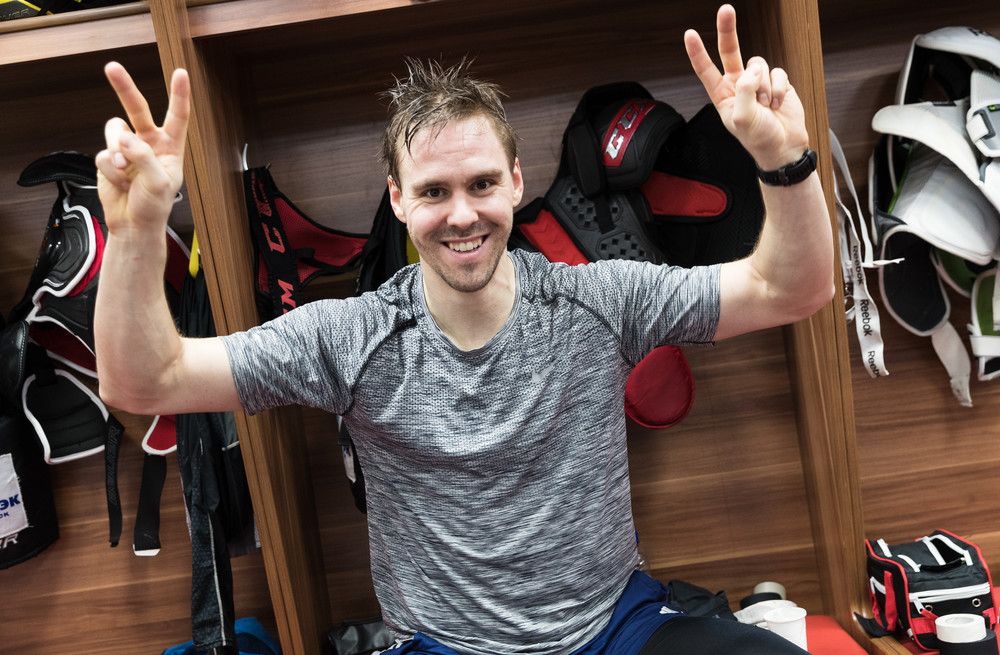 Goalie Magnus Hellberg had a slightly different career path, if compared with the aforementioned players. He moved rather young to North America and spent five years there within the Nashville Predators and New York Rangers’ systems. In May 2017, he decided to get back to Europe, signing a one-year deal with Kunlun Red Star. He had a very good showing in his first season in the League, playing 51 regular-season games, posting a saves percentage of 92,60% with a goals-against average of 2,39. He was also called to the All-Star Game in Astana, Kazakhstan.

Midway through the season, Hellberg signed a one-year renewal with the Chinese side, but later this summer he was traded to SKA as the St. Petersburg team was in need of a goalie after losing Mikko Koskinen. Replacing the giant Finn goalie wasn’t an easy fit, but Hellberg is excellently dealing with it. The Swedish netminder is splitting games with Igor Shestyorkin and in nine games posted five wins with two shutouts, and a goals-against average of only 1,55.

Hellberg is a key player in his team not only because of his solid play, but also thanks to his strong presence in the locker room and his contribute in making Shestyorkin an even better goalie for SKA. With such a solid tandem between the pipes and a strong team play, SKA has good chances to get the Gagarin Cup back in St. Petersburg this year. 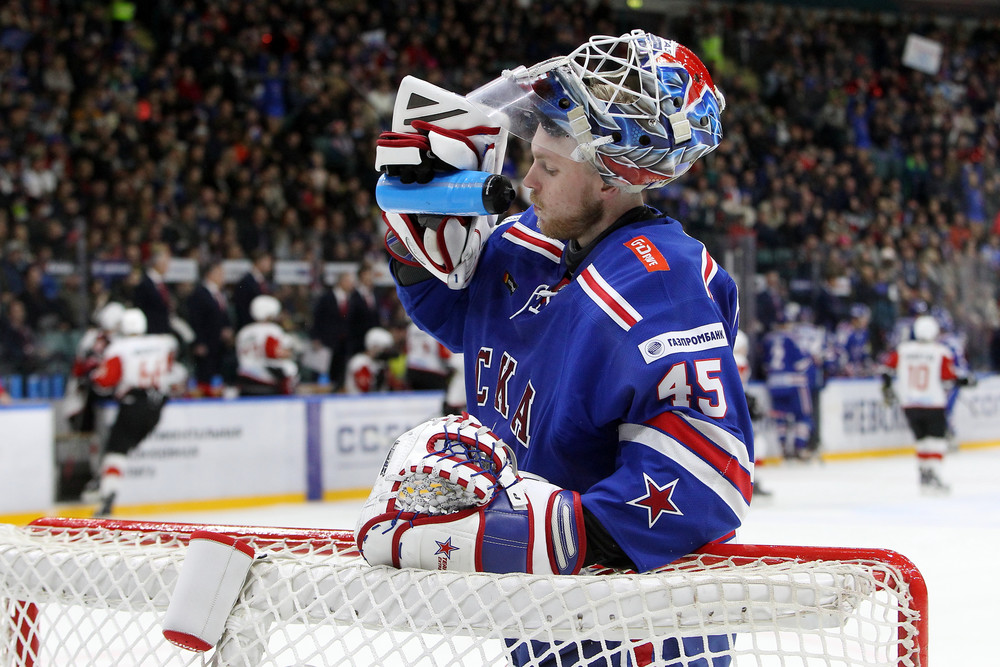 To date, there are 21 Swedish players in the KHL, and while not everyone is as successful as Omark, Videll, and Hellberg, most of players are on a significant role with their respective teams. Patrik Hersley (SKA St. Petersburg), Andre Petersson (Barys Astana), Anton Lander (Ak Bars Kazan), Robert Rosen (HC Sochi), and Lars Johansson (CSKA) are the top-contributing Swedish players in this year’s action.

Defenseman Patrik Hersley is at his fifth campaign in the KHL, wearing the SKA St. Petersburg jersey for the third consecutive season. Racking up points isn’t hard when you have one of the best shots in the League, and Hersley is as usual boasting a big production, with 21 points, which make him one of the top overall scorers in the league so far. Hersley patrols the blue line for more than twenty minutes a night and he is expected to play great night in, night out. 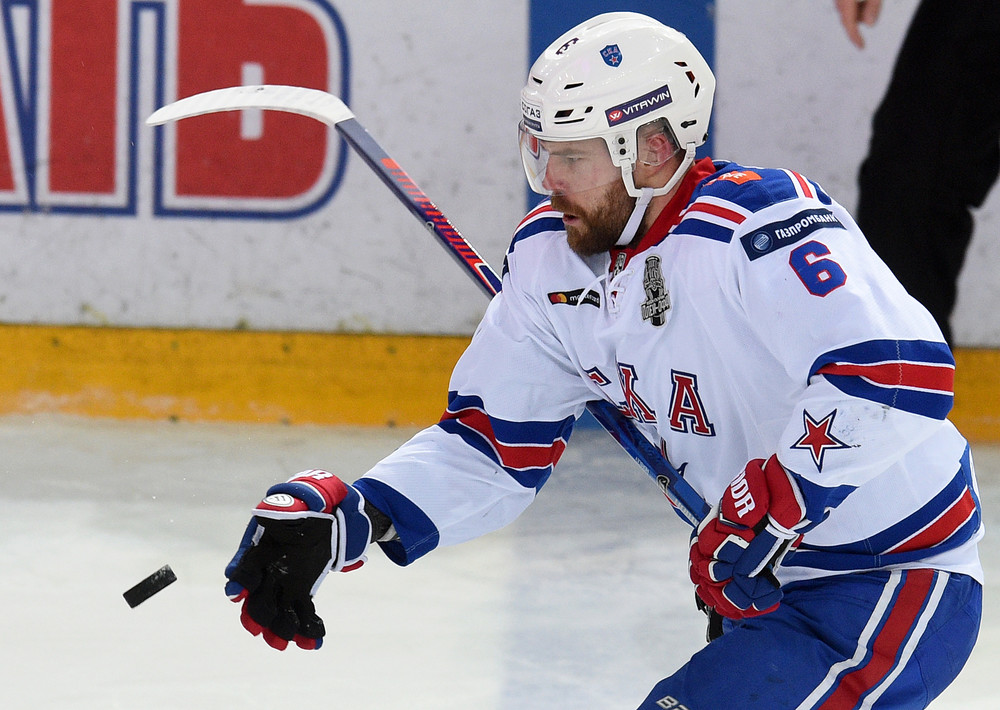 Forward Andre Petersson is another player with a long tenure in the League, playing in the KHL since the 2014-15 season. In these years, Petersson has earned a reputation of a great goalscorer, and while his latest season with Avangard hasn’t been his best, he’s trying to rebound back in Barys. So far, he scored five goals in 16 games, but his 11 assists allow him to travel at a point-per-game pace as he is helping Barys in getting back to playoffs after last year’s pause. 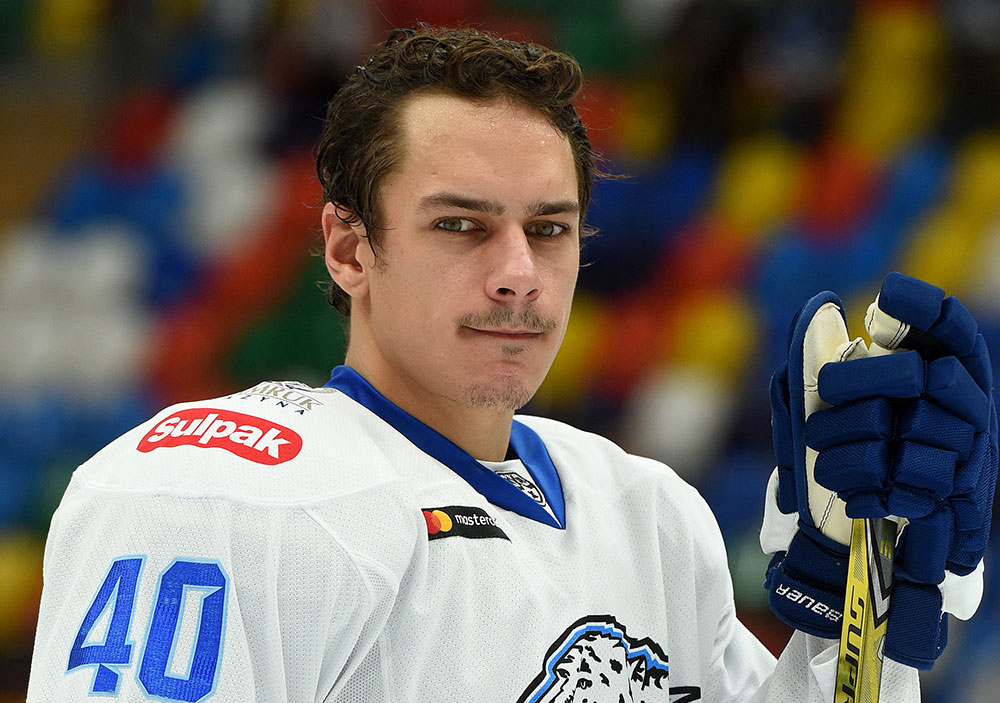 Anton Lander was instrumental for Ak Bars Kazan last year in winning the Gagarin Cup in his debut KHL season and he is even improving this year as his role within the team increases. The twenty-seven forward, who spent most of his career within the Timra IK and Edmonton Oilers’ systems between signing in Kazan, leads the forward of his team in assists, average time on ice, and faceoffs percentage.