Andrew Calof is not your usual hockey player. He grew up in one of the world’s most hockey-crazed cities, Ottawa, but his career never really took off back home. His biggest achievements came in college sport, where he represented Princeton in the NCAA. That wasn’t down to a lack of hockey talent. It was simply that the lure of the lab and the library interfered – after all, Princeton is one of the top American universities and it would be perverse to go there for study and focus on skating. Even so, when the chance came to take his hockey skills to Europe, Andrew decided to take the plunge. Success in Sweden led to this summer’s shot at the KHL, where his first outings were impressive – five points in five games at the Nizhny Novgorod Governor’s Trophy.

‘I saw Yashin playing for Ottawa, but he wasn’t my hero.’

- This summer was your first time in Russia. What do you think of it so far?

- So far, it’s exceeded my expectations. Although, of course, it wasn’t a complete mystery to me. I spoke to a lot of my acquaintances, especially John Norman, who played to Torpedo. And I only heard good things about the place.

- Your father is a professor. How come you ended up following a very different career path?

- Yes, that’s right. He has a degree in business management. As it happens, he even has a business in Moscow so it’s likely we’ll cross paths over here quite soon. My family always put a big focus on education but at the same time my parents saw how much I loved playing hockey and it didn’t affect my academic performance. So nobody tried to discourage me from playing sports. On the contrary, they really supported – why wouldn’t they? And then it grew into something bigger: I realized that hockey was a serious, long-term thing.

- Did Alexei Yashin, a long-time star with the Senators, influence your love of hockey?

- Yashin was a really great player, but in all honesty he was never my hero. Among the Russian players I watched, I’d pick out Pavel Bure and Sergei Fedorov, even though they never played for my team. And, of course, I saw Yashin many times at the arena in Ottawa. 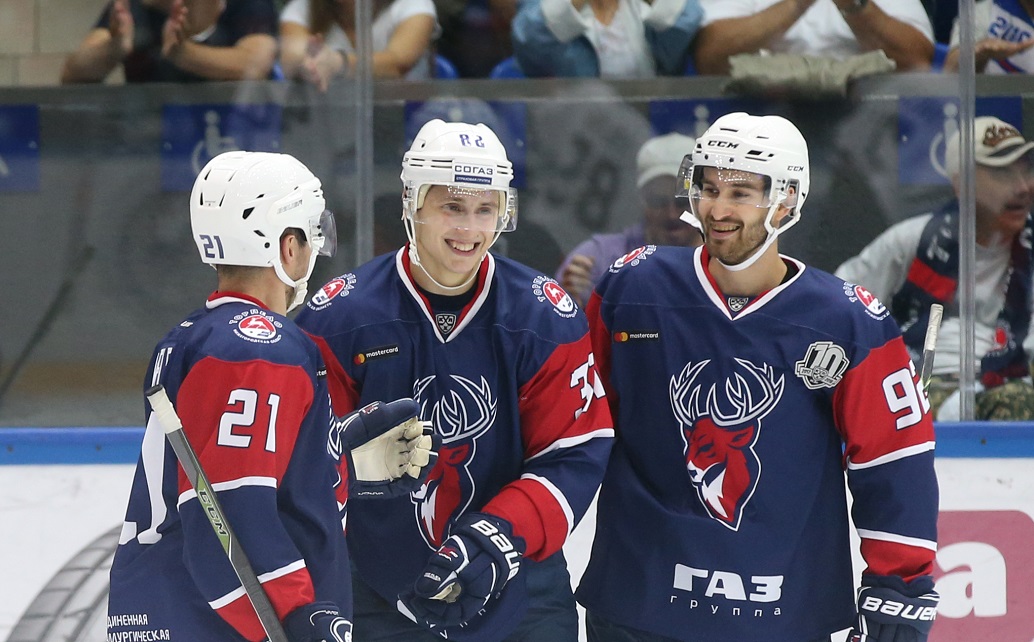 ‘At Princeton, you are immersed in history’

- What did you study at Princeton? Will you be making a career of it in the future?

- I studied chemistry and biology, and some day I’ll definitely go back to that. Hockey is wonderful, but you never know when it will come to an end. It might be 10 years from now, it might be next year. That’s why I took my studies seriously. Also, I’d call myself a fan of the sciences.

- How did you manage to combine your studies and your hockey?

- That’s all down to our wonderful teachers and the whole structure we have. That gives the opportunity for it, and the whole thing was pretty painless. But then it got to a point where I had to make a choice.

- Princeton is a college with a unique style. Even the hockey arena looks like a small castle!

- Yes, literally everything is full of history. If you go there, you are immersed in that history and it feels pretty special. Sure, it’s not the biggest building, but it’s better to have somewhere that’s always full, always rocking. And that’s what I felt when I came to Nizhny Novgorod as well. The support from the fans is amazing.

- When did you realize the time had come to choose between study and hockey?

- It was when I got my first professional offer from Skelleftea. I thought ‘why not give it a go?’ I couldn’t know if I would have a long career in hockey, but the game was part of my life. I wanted to take it further.

- Every boy who plays hockey in Canada dreams of the NHL.

- Yes, as a child I dreamed about that. But it is what it is. I think I’m probably already a bit old to go to the NHL, but I’ve played some successful seasons in Sweden and now I’ve come to Russia to try to prove myself here. Right now, I’m only thinking of the KHL and doing well with Torpedo.

‘The parade in Vaxjo was fantastic. I’d love to experience that again.’

- How did you get that move to Sweden?

- My agent set it up. Of course, I was surprised that I’d be moving overseas. But then I talked to people who had played a few years in Sweden and I found that Skelleftea was a great organization. So I realized that this was a great opportunity to grow my career further. Why not give it a try? And that’s more or less how it turned out.

- It went brilliantly. Two seasons as a runner-up, then a championship with Vaxjo Lakers.

- To be honest, I didn’t really know what to expect. I only knew that I was going to a good team where I would have a chance to establish myself at a high level for a good while. But, of course, to win those medals was way beyond my expectations.

- On your Instagram, you had some shots from the victory parade. It looks like the town came out onto the streets?

- It was fantastic! There are about 80,000 people living in Vaxjo and 20,000 came to the parade. That’s like one in four! I’ll never forget how they responded to us and I’d love to experience something like that again.

- What did you know about Russian hockey before you came here?

- I spoke to some guys who played here. I mentioned John Norman, as well as Janne Pesonen who played for Ak Bars. They told me a little about the KHL, about the style of hockey here, the way it’s more attacking than in Sweden, more open and intense. As for the cities, I knew that everything would be different here. But that’s what makes it interesting. In general, people said not to think twice, just go. So far I haven’t regretted it. I feel at home.

- Have you encountered many Russian players before?

- Only one, really, Kirill Kabanov, who played with me at Skelleftea. Of course, we spoke about Russia. He’s a good guy, by the way. 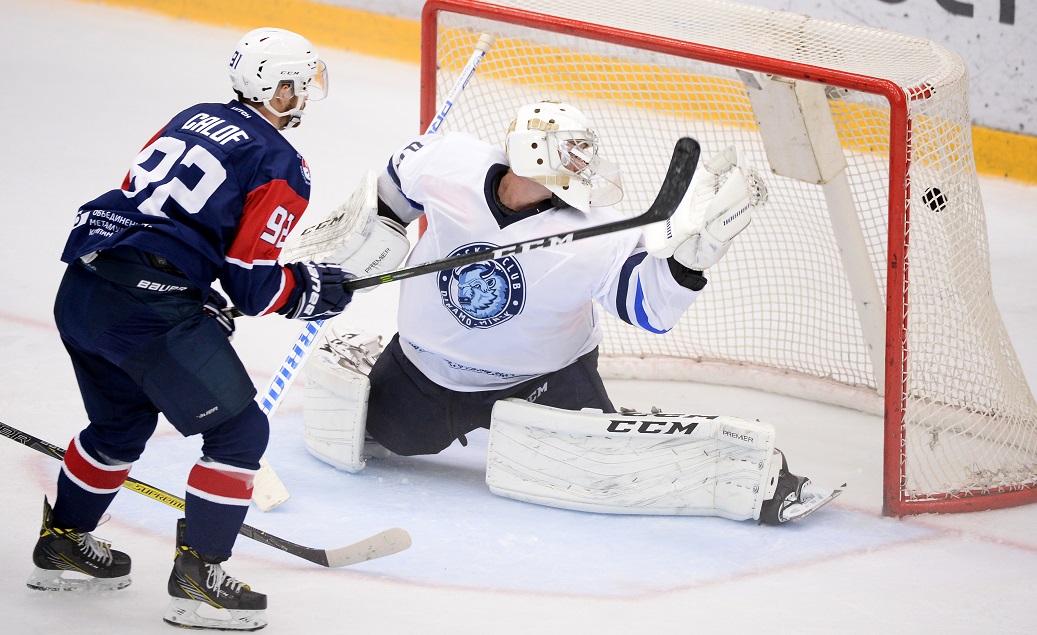 ‘Russian food is off the scale. I just order at random, and I’m never disappointed’

- How was the move? Has your family come with you?

- Like I said, my father is in Moscow. My girlfriend was with me in Canada and Sweden, and she’ll soon be joining me in Nizhny Novgorod. She just needs to sort out some paperwork and the club is helping us a lot with that. I hope we’ll be back together soon.

- Have you had time to explore the city?

- Yes, I’m enjoying my time here. The food in Russia is just off the scale, I immediately fell in love with the local cuisine. And I’m impressed with the soccer stadium. I got to a game there and the supporters there are just great.

- Did you get to the World Cup?

- No, I missed it by a couple of days so I went to a game in the Russian league. I don’t remember who the home team was playing against, but they definitely won 2-1.

- Which Russian dishes have made the biggest impression on you?

- Just near the Kremlin in Nizhny Novgorod there’s a place that does amazing steaks. As for traditional Russian dishes, I’ve tried a lot but I don’t really remember many names. I like to go in and order something at random. So far that’s not let me down.

- How are you getting on with studying Russian?

- I wouldn’t say I know enough to communicate properly, but I’m getting there. I’m studying at home online and I’ve got through 28 lessons so far. There are 18 to go. Every free day I try to devote a couple of hours to learning the language.

- Did you learn Swedish when you played there?

- Yeah, I understood everything and I could hold a conversation.

- Which language is harder to learn?

- It’s hard to say. I speak quite decent Swedish, but Russian is still new to me. They are different, but both have quite difficult grammar. But I’ll get there.

- You’ll have plenty of time for that. Have you thought about how much flying you will do to get to road games here?

- I love to travel and I can’t wait to see more of this country.

- Your Instagram suggests that you don’t go for beaches and traditional tourist spots. There were photos of you on a glacier in Norway, for example.

- When I played in the north of Sweden I saw what special places were on my doorstep. And I realized that once I left, I’d never get the chance to see them again. So, for example, I’d never stayed in a real igloo and I looked up a famous ice hotel and stayed there. It was unforgettable.

- Where do you want to see in Russia?

- Like any foreigner, I want to see Moscow and St. Petersburg. I want to visit, and if I get the chance, really explore them. I’ve read a few things already but I want to see for myself. I’m sure my girlfriend and I will enjoy them both.

- How did you meet your girlfriend?

- It happened in Skelleftea. Janni is from Stockholm but she went there for a gig with one of our local bands. That’s where we met.

- How did you communicate at the start of your relationship?

- Oh, I was really lucky. She studied her English course scrupulously at college on a special program – she’s brilliant at it.

- I like a bit of everything, from Swedish country to the bits of Russian music I’ve heard since I came here.

- You said that you plan to go back to science after your hockey career. Are you worried that you will forget everything from college if everything goes well and you have a long sporting career?

- I’d like to play hockey for as long as possible, to the age of 40 and beyond. But as time goes by, things happen and your life changes. Marriage, children, everything to do with that. How easily can you move with your family? Will they come with you from country to country? There’s a lot to think about, to consider. Right now I’m just going from season to season and trying to do better each time.

- What do you expect from the coming campaign?

- I guess I’m not going to say anything original: I want to play my best hockey, to give as much as possible to the team, the city, the fans. Do I have my own targets? No. If you start thinking like that it can go against the team’s goals. And I’m a team player. 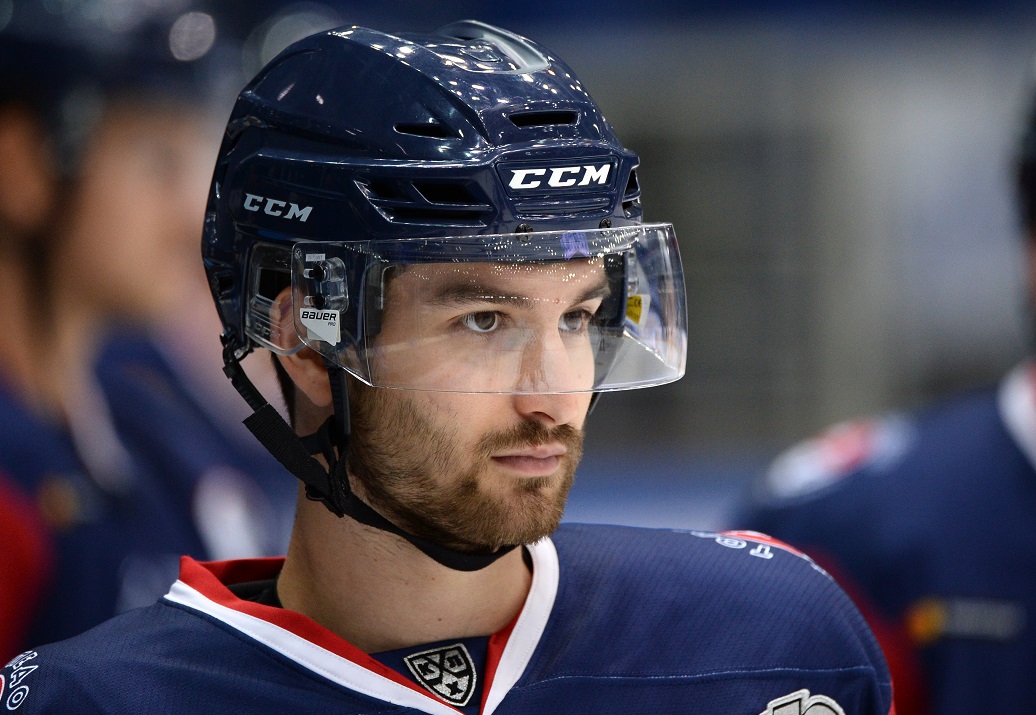