Dynamo’s new forward tells why he moves so late to a Russian club, explains how hard it is to talk three languages at the same time, describes Dinamo Riga’s problems, remembers the IIHF WC quarterfinals between Sweden and Latvia, and much more.

During this offseason the 27-year-old forward, who spent his whole pro career in Riga, decided for a change of scenery. Indrasis ended up in Moscow, right to another member of the Dynamo family. The Blue-and-Whites may have a Latvian connection in Indrasis and Karsums, but during the offseason Martins moved to Spartak. Indrasis enjoyed the best season of his career last time out as he had 42 (21+21) points in 56 games and got far better numbers than his own teammates, finishing the season on the top of Dinamo Riga’s stats in most of the indicators. Moreover, at the IIHF WC in May, Team Latvia give a big headache to the future World Champions of Team Sweden. 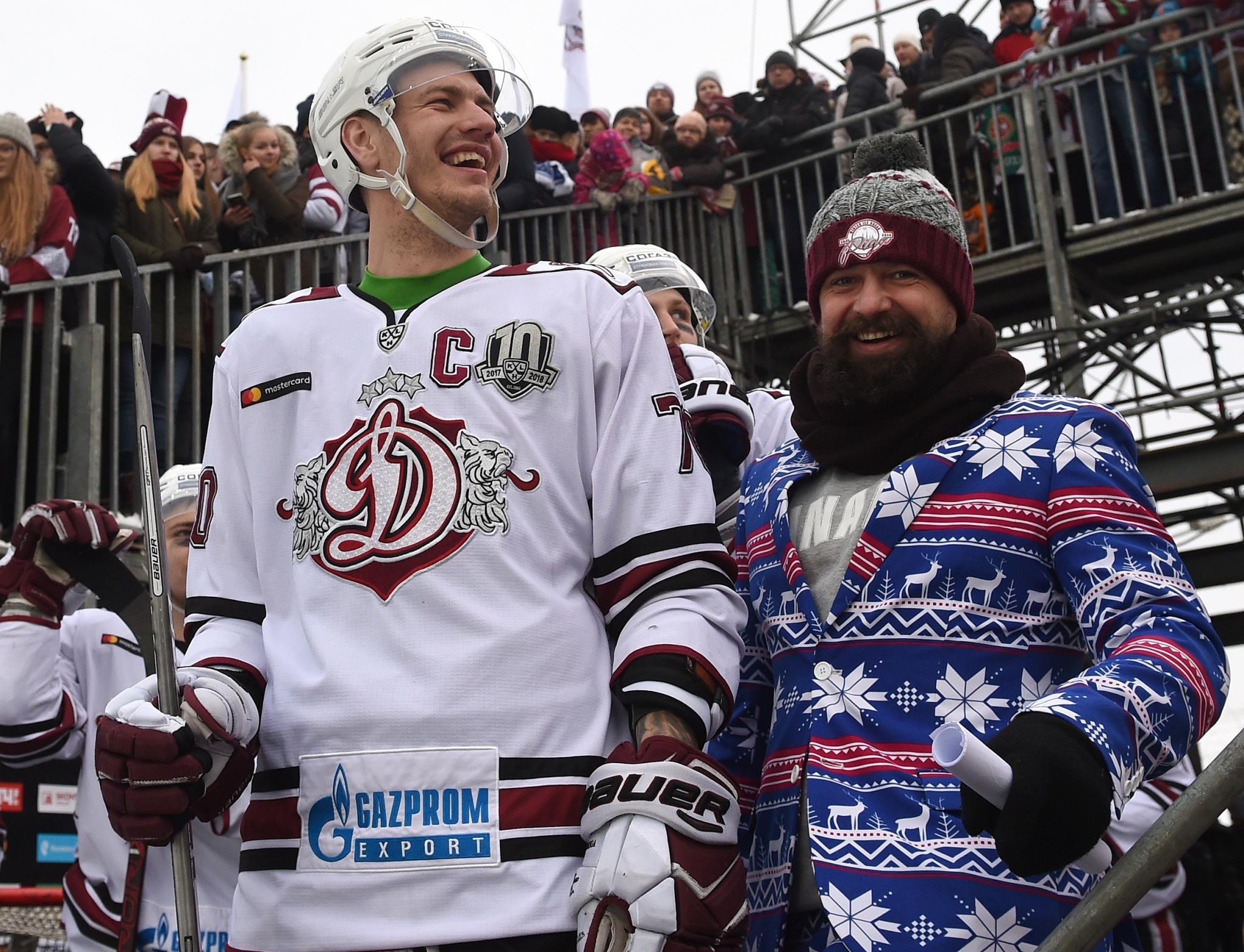 Torpedo wanted to see me in their roster

- Could your move to a Russian club happen even earlier?

- Absolutely, but all the time something played against it. I was most close to moving to Russia a couple of years ago, but the team didn’t give me the green light, and I re-signed with Dinamo Riga.

- Were you going to move to Torpedo Nizhny Novgorod?

- Yes, as Torpedo, then coached by Peteris Skudra, wanted to see me in their roster. But at that time, I couldn’t freely take my decisions.

- Do you mean that you had no other choice than to stay? A long time ago, I talked with Artis Abols, then Dinamo Riga’s head coach. He was always praising your talent, but on the other hand, he always said that you lacked some character and maybe some impudence and that with them you had the potential to become the most shining star in Latvian hockey.

- Did Abols really say that? Well, it’s his right. However, I never moved to Russia or to the NHL, so maybe he has a point.

- Were the Islanders waiting for you?

- I haven’t been offered anything concrete. Yes, I have skated in the team’s training camp, but I haven’t had any contract offered by the directors.

- Last year, it was rumored that you were about to join Kunlun Red Star. Is it true?

- Yes, rumors arose. However, I was under contract with Dinamo Riga, pretty much the same situation I had when the talks were about Torpedo. I could wish whatever I wanted, but it had no importance. Everything needed to be agreed at the teams’ level, but they could not find a common language. Why did it happen? I don’t know as no one informed me about the details.

- This summer you were the object of other rumors as it was said that Dynamo Moscow acquired you specifically to form a dynamic duo with Martins Karsums, but when he was released no one told you anything.

- Yes, I have heard it. I am talking about Dynamo acquiring me to play on a line with Karsums. But believe me, I heard about it only here in Russia when the press started writing about it. During the negotiations, this topic was never brought to life. I haven’t been told: “Miks, we see you only on a line with Karsums and we’re offering you a contract exactly for that.”

- Now you’re even a candidate to form a line with Vadim Shipachyov and Dmitry Kagarlitsky.

- Haha, I’ll tell you one thing. We played together in the first few practices when the coaches didn’t even try to form any combination, we were just hitting the ice to do our three-on-two or two-on-two drills. If you ask me how it is to play with them, I’ll just reply that I don’t know. We didn’t get to that moment yet, where we really play together. Frankly, it’s not a problem at all. Let the coaches deal with it. 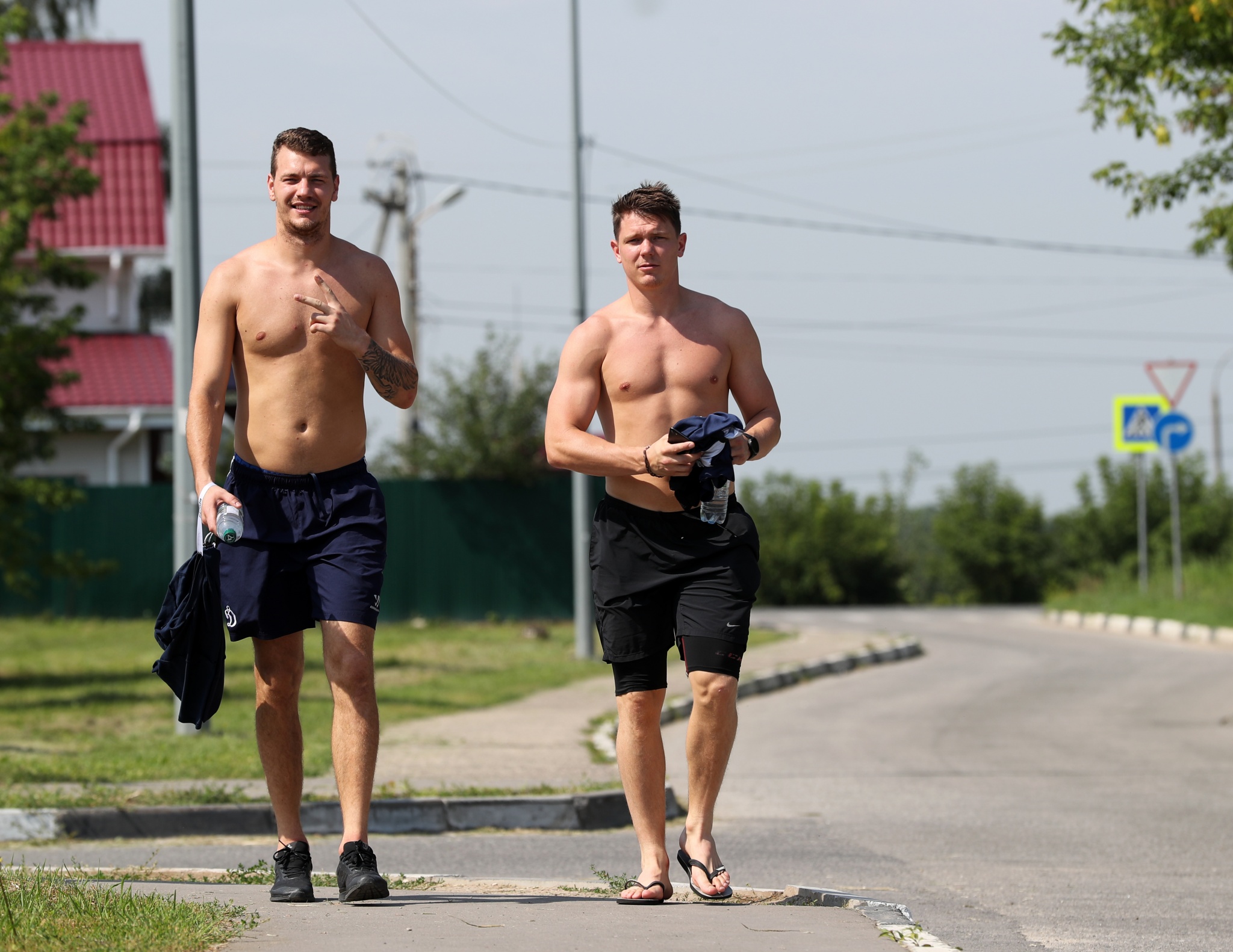 I needed to speak in English, think in Latvian, and order ice cream in Russian

- Lately, Dinamo Riga doesn’t have the best attendance, and the team stops fighting for a playoff spot pretty much before anyone else.

- I think that people stopped attending the games when we started losing. The whole city, the entire country live hockey, but of course, people don’t like a losing team. I think that the fans will be back once the team starts winning again.

- But will it? I am just thinking about the foreigners signed in the latest couple of years…

- No, don’t even try to get me into this topic. How can I judge my former teammates? Our directors signed them, so you are better off asking them. But if we talk about results, then we were all guilty as a team, not someone among the players or the foreigners.

- We already had a talk some five years ago. You had some difficulties in picking the right Russian words.

- Now it’s much better, and I’ll just improve. I can tell you a funny story from a few days ago. Now I mostly talk with my foreigner teammates in English, and with other Dynamo players we got out for ice cream. And I started confusing. I needed to speak in English, think in Latvian, and order ice cream in Russian. It has been very hard. But nothing that can’t be fixed.

- Have you already taught Latvian swearing to your teammates?

- Aren’t you worried about moving to Moscow?

- Traffic jams, for example. I guess you don’t have such congestions in Latvia.

- We have such jams in Latvia too, but yes, they are smaller. No, I am not worried at all about living conditions. I haven’t got a place yet, I will think about it once we are back from the training camp. 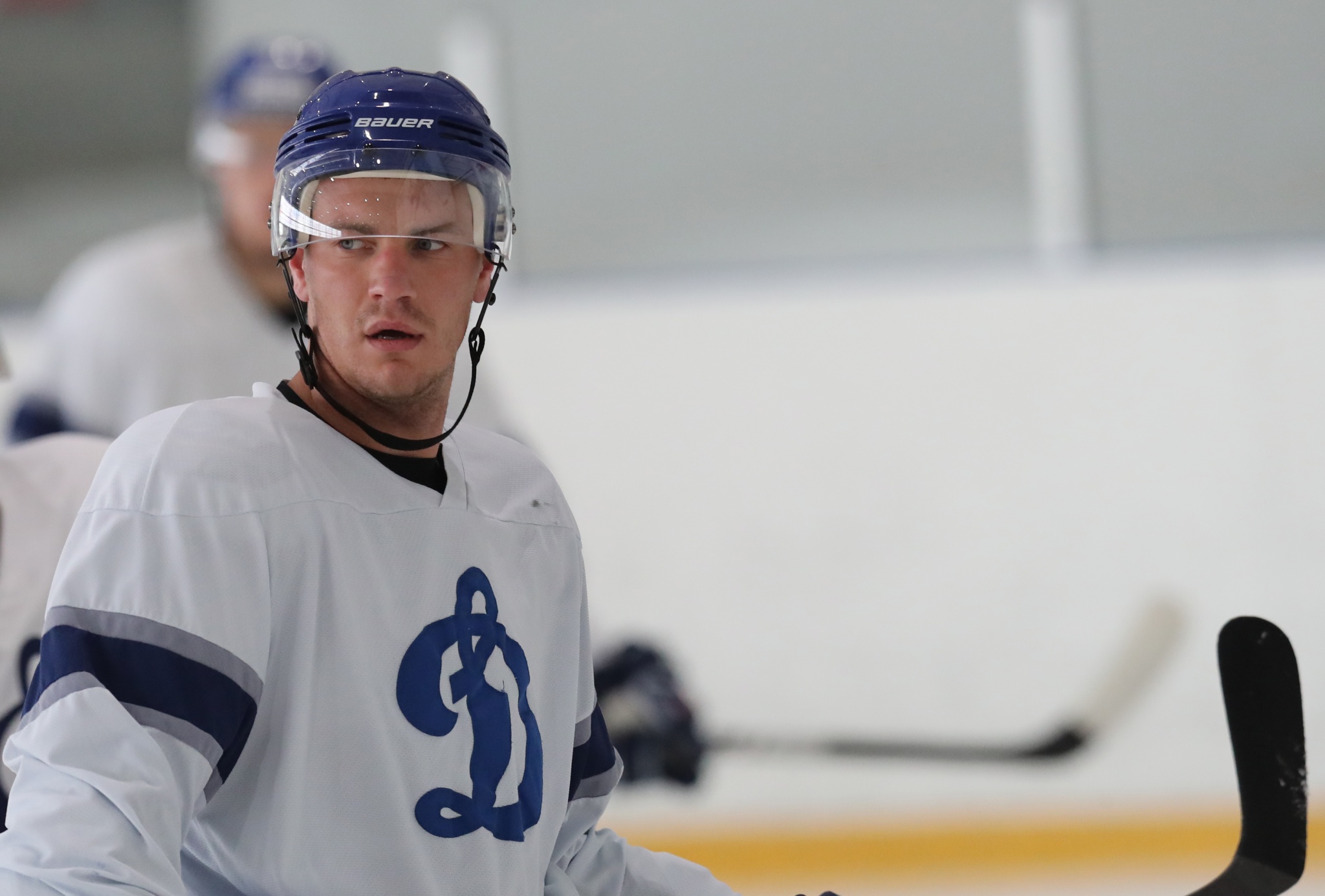 We just needed to hold on and we would win

- Once again, Team Latvia was a sensation at the latest IIHF WC.

- You got to the playoffs stage.

- But we quickly lost there. You know, losing to Sweden has been heartbreaking! In the locker room, we thought that we could reach anything, that we just needed to hold on and we would win.

- You were playing against Team Sweden.

- I understand. They won the tournament, they had such big names in their roster. However, we could defeat them, even now I am sure that we had a chance. Of course, Team Sweden were undisputed favorites, but we ended up in the locker room with such a terrible mood.

- There is a thing I don’t understand. Both Latvian and Belarusian players are considered foreigners in Russian KHL teams. You both have teams in the KHL, and the Latvian league, with all the due respect, is not on the same level as the Belarusian league. But Belarus was relegated to the lower division, while you are a surprise every year.

- [At the 2017 IIHF WC] in Koln, Germany, we could play even better. I am not sure why all this is happening, I am not really familiar with how things work in Belarus. However, our younger players move to Europe or North America, doesn’t try to get to Russia. Of course, playing in the KHL is interesting, but most often they go overseas. There are players in Europe too. Elvis Merzlikins is the best goalie in the Swiss league. I’m sure that he’s one of the top goalies in Europe right now. We could achieve excellent results thank his great play with the national team.

- And the pipeline keeps on producing new players.

- Yes, the guys are growing up. I’m sure that in a few years everyone will hear the name of Rudolfs Balcers, he’s a great player already. I have the utmost peace of mind regarding the future of our national team, even if we aren’t contenders for the WC Gold Medal. 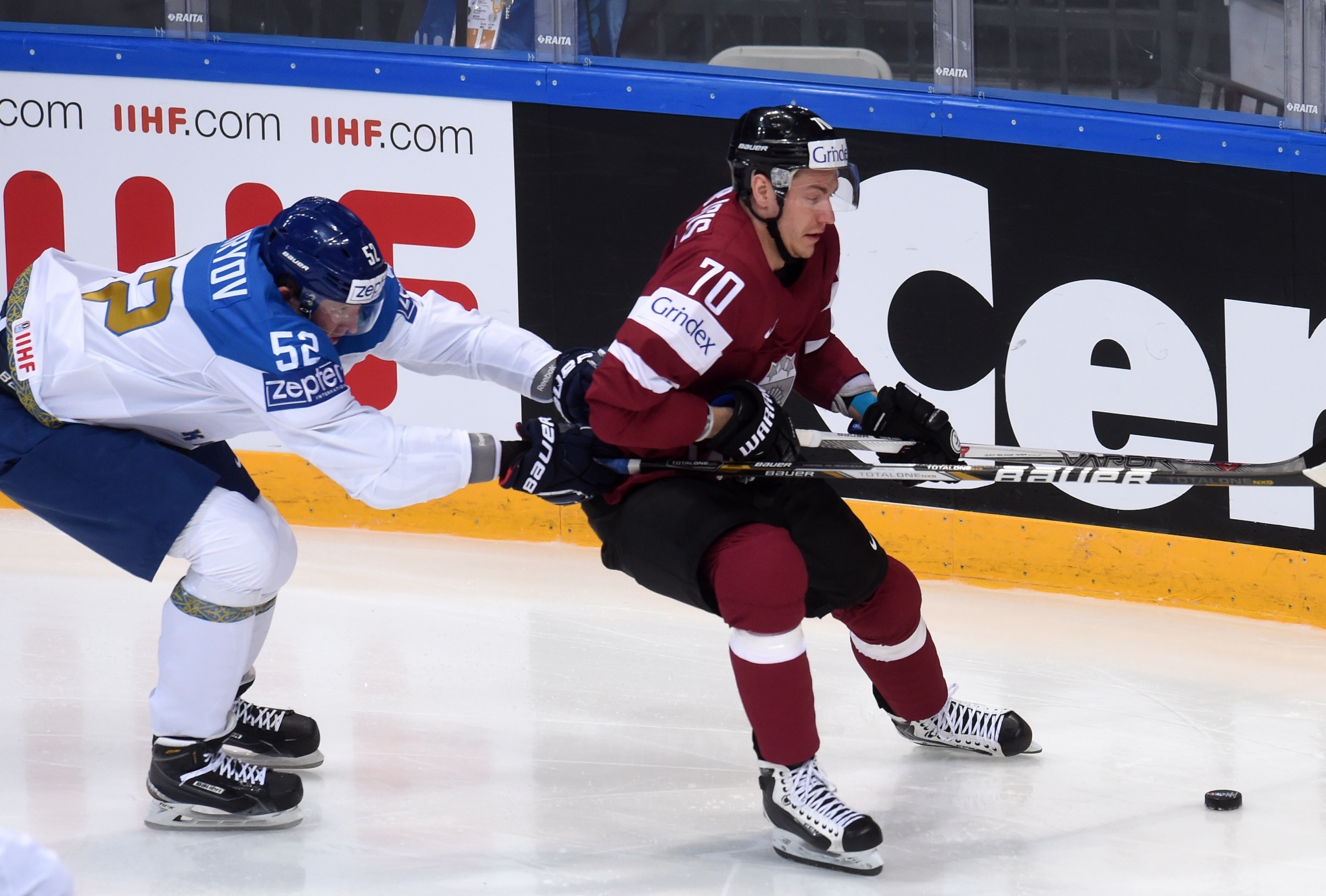 - Many fans are very vocal regarding Oskars Bartulis, who renounced to Latvian citizenship.

- You know, no matter what you do, you’ll always have people who are going to criticize you. Bartulis made what he considered better for himself and his career. I am not going to give him a grade. I simply understand that Oskars made that step. It’s his life.

- But people did talk a lot about it.

- It’s always like that. We live in a small country; these things are going to get beaten to death.

- I’m sorry that Raitis Ivanans retired. I remember how he scared Dinamo Riga and Team Latvia’s opponents when he was on the ice.

- It was really like that. Many players were literally too scared to skate where Ivanans was. However, he didn’t have anyone to fight with in Europe. Disqualifications are too big during international tournaments. In the KHL? Who could realistically face him in the KHL?

- However, he tried to fight someone. But those players flew away.

- Artemy Panarin always says that he learned one thing or two from Chris Simon [when they played together for Vityaz Chekhov].

- I didn’t take lessons from Ivanans. However, many of our players did, and they are still playing. I am just not interested in fighting. 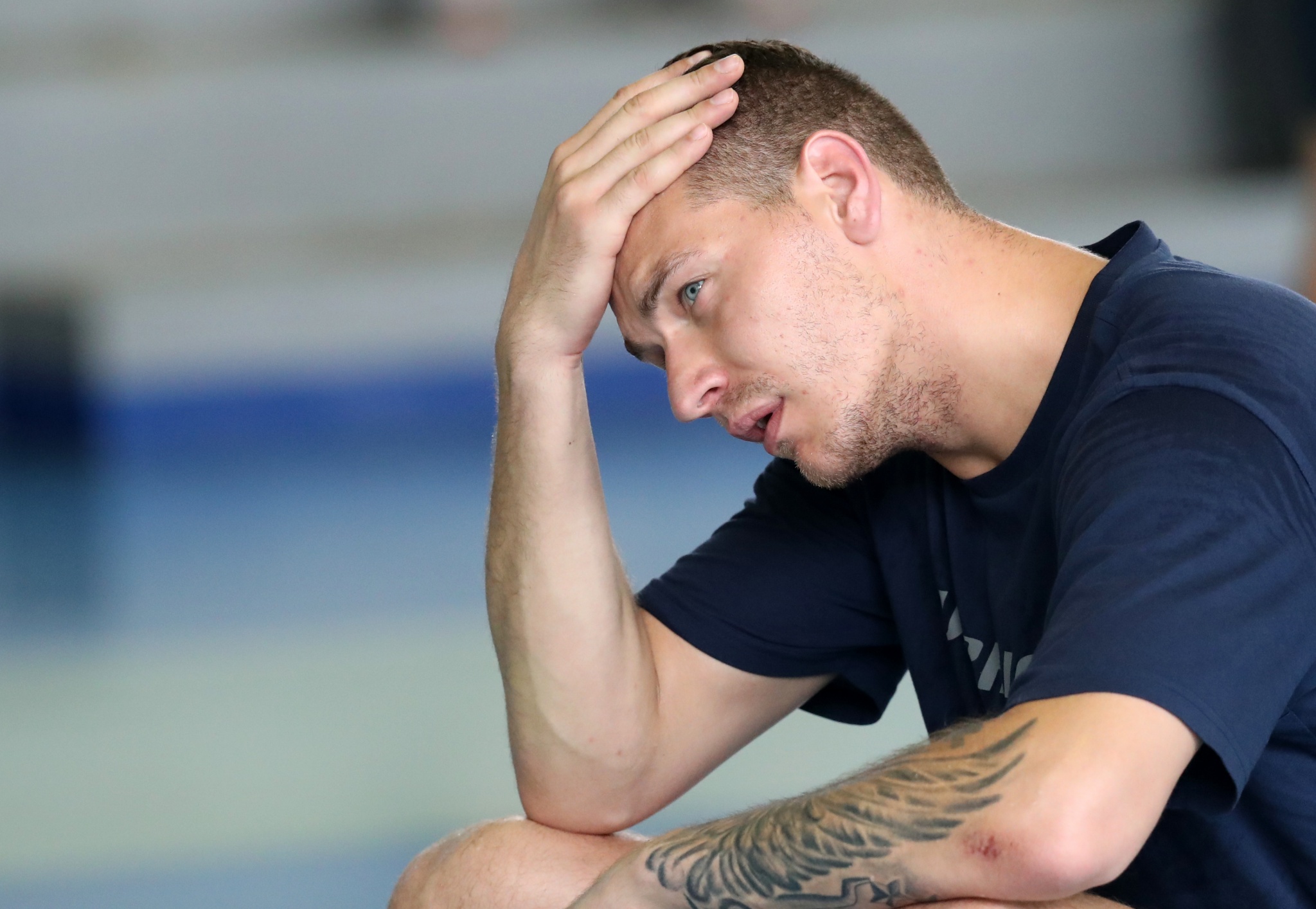