The latest pre-season tournament got underway in Chelyabinsk, with Metallurg edging Salavat Yulaev in overtime before Ryan Stoa fired the host to victory over Avangard.

Both teams took to the ice in unusual uniforms, with Salavat Yulaev – renowned for its green colors – donning an unlikely camouflage-inspired affair with the name of its city woven into the design.

At first it seemed that the unfamiliar appearance was affecting the players. It took 33 minutes for a goal, and the only notable action of the first period saw Dmitry Kugryshev ejected from the game for boarding on Metallurg’s Maxim Matushkin. Eventually, Matushkin would have the last laugh, but it was Salavat that took the initiative in the second period. In the 33rd minute, Vladimir Tkachyov thumped home a Philip Larsen pass to open the scoring.

It looked like it might be enough for victory, especially when Salavat Yulaev killed a penalty as the final stanza entered its closing stages. However, the effort on the PK took its toll on the Ufa defense, and from the next play Metallurg drew level. Nikita Yazkov fired in a shot through a crowd of players and, with Juha Metsola screened, Larsen’s deflection took it into his own net.

In overtime, a foul on Sergei Mozyakin handed Metallurg a power play chance and Matushkin claimed the game-winner when he got his stick on Andrei Chibisov’s point shot and tipped the puck past Metsola.

Ufa’s new head coach, Nikolai Tsulygin, reflected on misfortune and silly penalties. “Overall it was a really good game,” he said. “The first goal we conceded was just one of those things, we didn’t get the bounce. But we took a lot of penalties, and you couldn’t say that the opposition provoked that. We need to work on it, but I was pleased with our PK.” 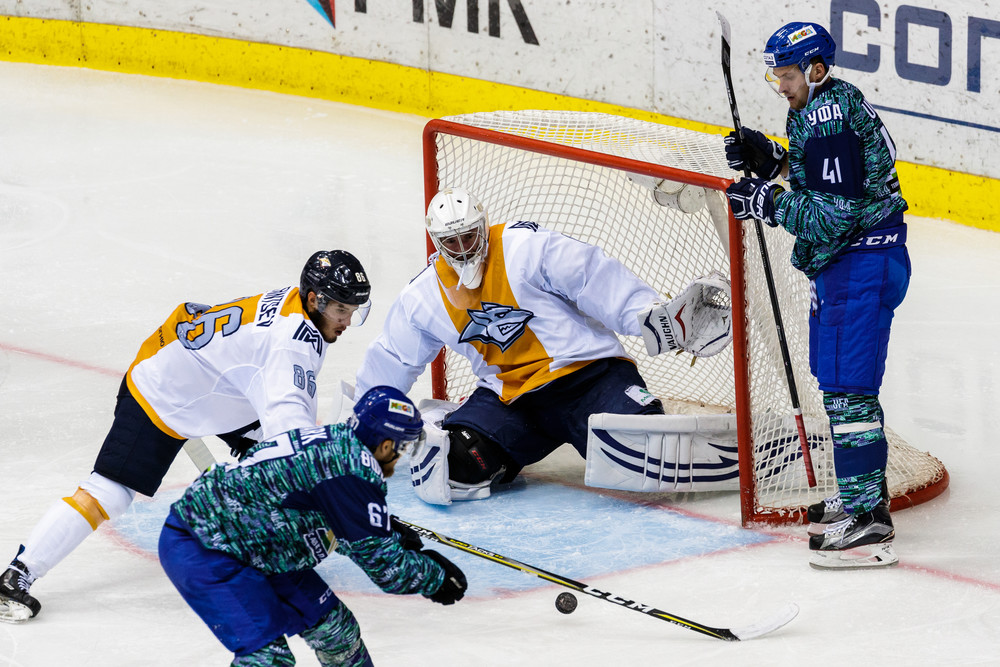 Just a few months after leaving Omsk, the hockey fates decreed that German Titov would stand behind the Traktor bench against his old charges. And, with help from another summer signing, American forward Ryan Stoa, Titov made a winning start.

Stoa got the ball rolling with a power play goal in the seventh minute and chipped in an assist late in the first period as Vitaly Kravtsov made it 2-0. However, Avangard tied it up quickly in the middle frame thanks to two goals from Ilya Mikheyev. The next goal would be crucial, and it went to Traktor after Alexander Bergstrom’s diagonal from the blue line was rifled home by Richard Gynge. Stoa got his second of the game early in the third, and Semyon Kokuyov wrapped it up with an empty net goal. 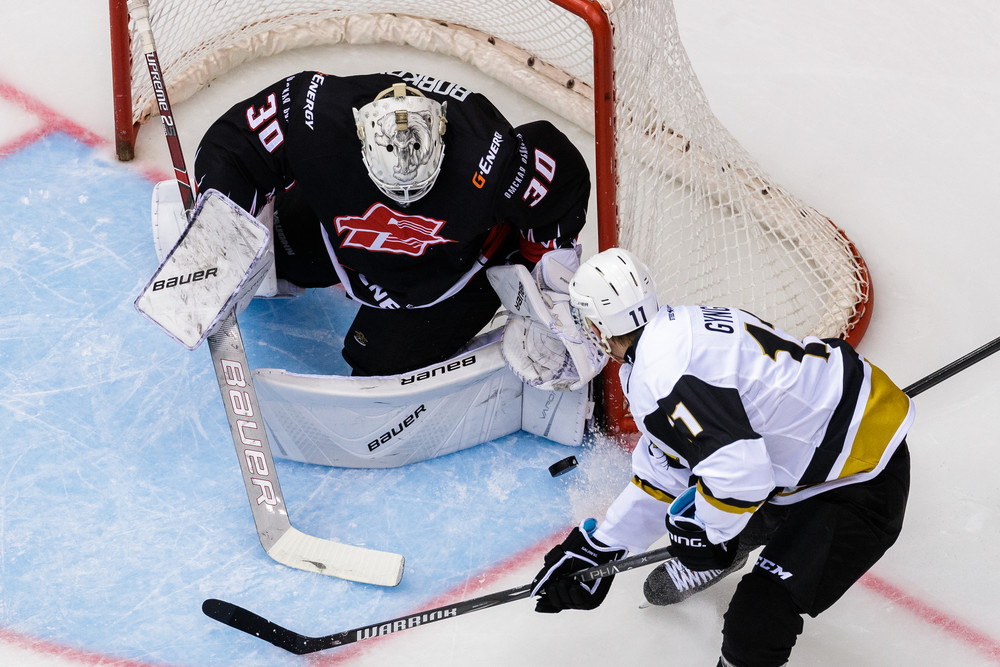