SKA’s new forward tells KHL.ru about Khabarovsk and the unique atmosphere at Amur, the coaching qualities of Riha, Martemyanov and Vorobyov, appearing at the All-Star Game as a cardboard cut-out and following in the footsteps of a Russian rock legend in St. Petersburg.

Oleg Li enjoyed the best season of his career last time out. The 27-year-old had 30 points in 59 games to help Amur reach the playoffs. That brought him to SKA’s attention and the summer saw him traded to St. Petersburg. In addition, the player was called into the Russian international program, representing the ‘B’ team. Our conversation starts with the summer break and Li’s move to SKA. 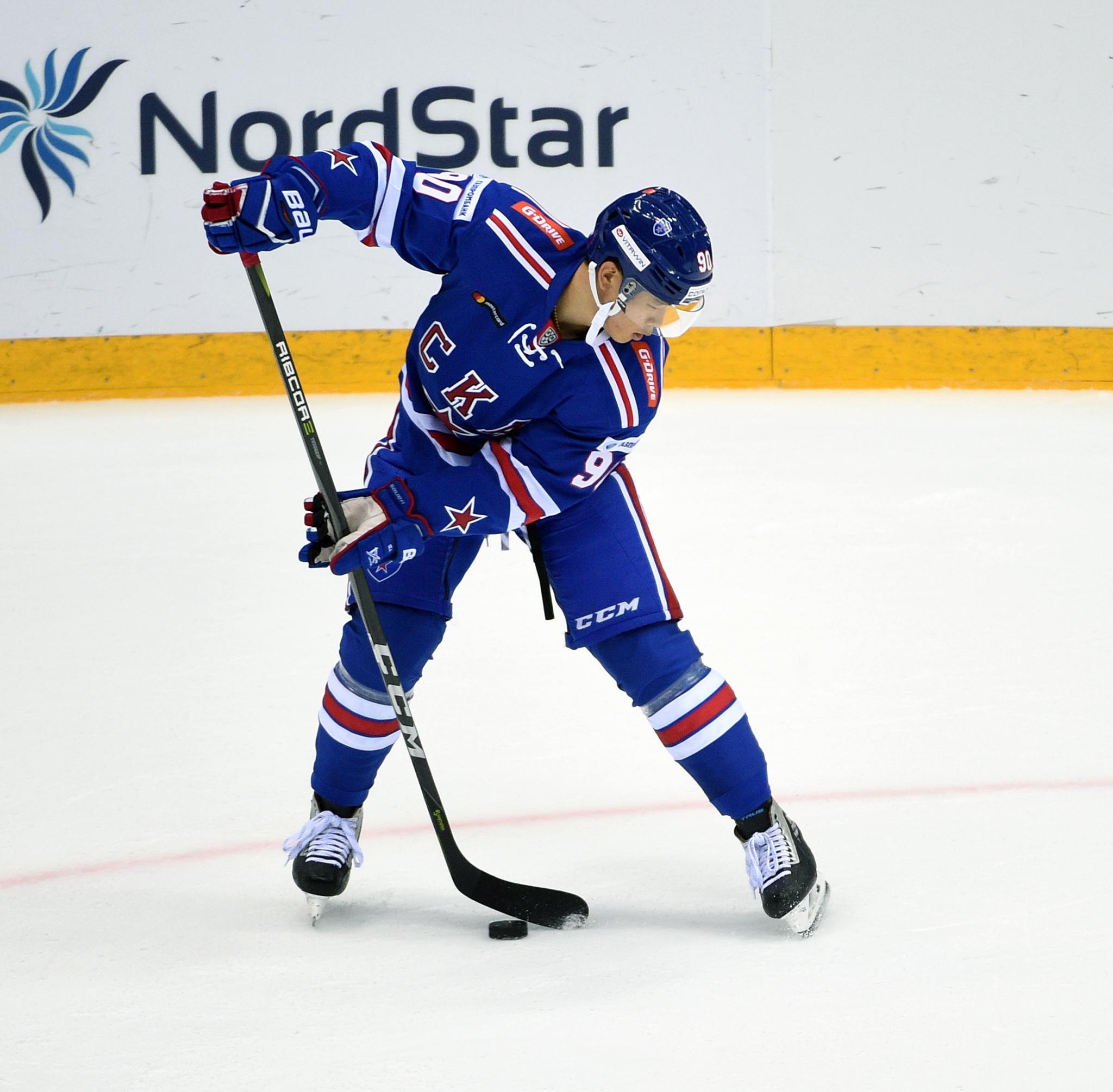 - How did you spend your summer?

- First I went to Vietnam with my girlfriend, then I spent some time in Moscow with my parents. They moved there from Volgograd long ago.

- Tell us how your move to SKA unfolded.

- I had a year to run on my contract with Amur and they decided to trade me. I think it was a good move for both clubs and it turned out that the management at SKA saw something in me.

- You’ve come to one of the biggest clubs in the KHL. Does that make this pre-season a little different from what’s gone before?

- I can only say that every season is unique. But now people are paying more attention to me, and that brings more responsibility. Everyone will look differently at how I do things.

- How are you getting used to that?

- It’s all going fine, we’ve got a friendly group. The guys from last season have been really helpful, whether it’s a domestic question or something about our game. To be honest, I didn’t expect them to be this supportive.

- Who do you get along with from last year’s roster?

- Anton Belov and Sergei Plotnikov. I knew of Sergei from his time at Amur and, of course, he’s from Khabarovsk. Of course, we get along well with [former Amur defenseman] Artyom Zub, and Andrei Zubarev is also really helpful. But I get on well with all the guys and there isn’t any clique that talks among itself much more than to anyone else.

- One year ago, could you imagine that you would be one of the success stories of the season, and would get a move to SKA and a call-up to the national program?

- I always set myself big targets. But I think a lot depends on the coaches and their trust in you. I earned that trust and I wanted to repay it with my performances. Happily, it all worked out.

- What was Amur’s secret last season?

- In previous years things didn’t work out because we kept changing coaches. Someone would come along, we’d get used to his systems then all at once we found ourselves playing a different style. It was confusing and the atmosphere in the team wasn’t always that great. We wanted to do well, but you saw how it turned out. But Andrei Martemyanov achieved the most important thing – he brought us together, he made us a team.

He was always by our side, he always had something to say to us. In some ways he was more of a father than a coach. Amur became a family and that’s how we got results. I’m sure that anybody can move mountains if his colleagues believe in him. It was the right decision to keep Martemyanov at Amur after the previous season. We had an exceptional coaching staff which, in the end, achieved everything that was asked of it.

- Do you miss Khabarovsk?

- Of course. It was my second home, you could even say it was where my life began. It’s not a big city, but it’s sunny and comfortable with a unique atmosphere. And the people there live for hockey. We had a full arena almost every night. 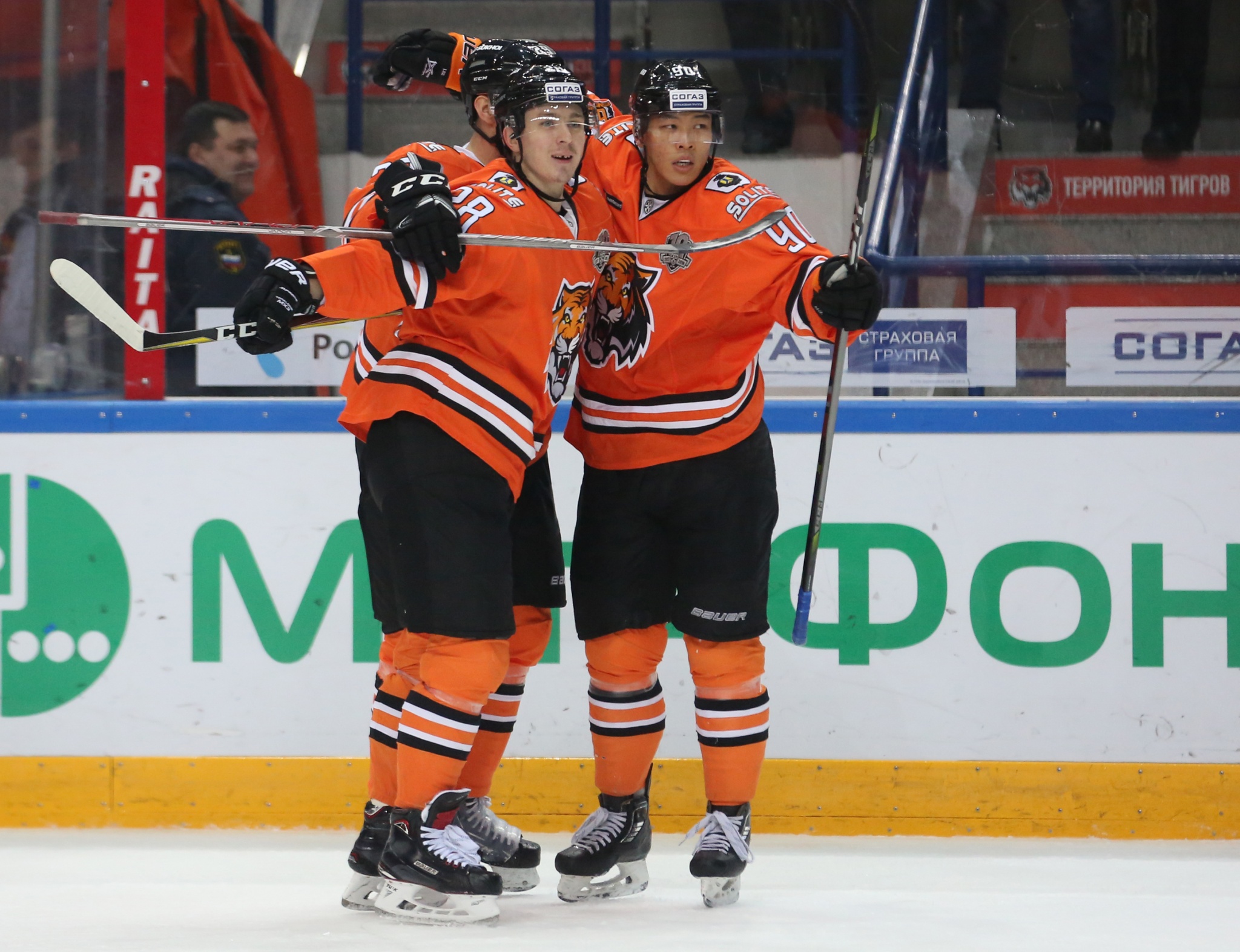 It was really funny to see a cardboard cut-out of myself at the All-Star Game!

- You certainly clocked up the air miles

- That wasn’t a problem. The only hard thing was getting used to the time difference. It’s tough when you fly for nine or ten hours then you need another seven to adjust. It’s mentally hard, you don’t feel refreshed. But it’s part of the job. Now, of course, it’s a bit easier. We rarely fly more than three or four hours and almost everywhere is in the same time zone.

- You once said you like watching movies on the plane.

- Yes, but I prefer comedies, something light, not action movies. It’s a long season and I don’t want to be weighed down watching something heavy. I also like sci-fi, the Marvel movies, for example. This year I enjoyed the second part of Deadpool.

- I don’t read so much, it depends how I’m feeling. I don’t have any special preferences, but a friend of mine is really into literature so he passes on some good stuff for me.

- You have Korean roots and now you are going to live in the city of Viktor Tsoi [a legendary Soviet rock star, also with Korean roots]. Are you a fan of his?

- He’s a legend. I was really young when his songs were hits, but even then I listened to them. And even now we play them in the locker room. So far I’ve not had much time to look around the city, I’ve only had a walk along Nevsky Prospekt, but my girlfriend is working on it and I’m happy to let her be my guide. I’m sure we’ll get to the famous ‘Kamchatka’ [a restaurant and museum dedicated to Tsoi and other perestroika-era rock stars].

- Have you thought about how it will feel to go back to Amur as a SKA player?

- I’ve not had much time to think about it yet. I know the game is in December, near the end of the month. I can’t speak for Amur’s fans, but it will be really special for me. I just hope they are still fond of me!

- There was a funny story at the All-Star Game in Astana, where you appeared as a cardboard cut-out. Did you bring it with you to Petersburg?

- That was a great idea from the club and Alexei Byvaltsev. It was really funny to see it at the All-Star Game. But it’s a bit too big to bring with me so he can stay with my relatives in Khabarovsk. And now I need to come up with my answer. Do you think we could make a model of Alexei out of plasticine? [laughs]

- Ilya Petrovich is a very competent coach. It’s no accident that he’s head coach of Team Russia. Right now he is looking at line-ups and deciding whether or not to keep me together with Alexei. Yes, we did well together, but if Vorobyov wants something different, that’s what we will do.

- There’s a direct path from SKA to the national team. Was that a factor when you came here?

- I’m not really thinking about it. I just want to win and help my team get results. The national team won’t forget about players who are doing well.

- Before the Olympics you had a chance to play for South Korea. Is that question closed?

- Yes, I’ve made my decision. I don’t see any point in going over it again.

- You’ve worked with a few famous coaches – Milos Riha, Andrei Martemyanov and now Ilya Vorobyov. Which of them has influenced you the most?

- All of them are truly charismatic. Riha is very emotional, very positive. But when I played for him with Atlant I was very young and maybe I saw things differently. Now I’m more thoughtful, I don’t think the same way. Martemyanov is also a very emotional coach. He’s kind, but also demanding. He knows when a player needs a kick up the backside or an arm round his shoulder. It’s too early to talk about Ilya Petrovich. God willing, we will work together for a long time and he can trust me. So far, so good. His attention to detail is really cool.

- With Riha you enjoyed one of the first highlights of your senior career when you reached the Gagarin Cup final. How do you remember those playoffs?

- To be honest, that was right at the start of my career. I played more in the regular season, but in the playoffs I had just four games. But back then we had a really decent team and a special atmosphere in the locker room. It was an unforgettable time.

- What’s your aim for the season?

- To win the Gagarin Cup. And to play in such a way that I can be confident that my name deserves to go on the cup, that I didn’t just make up the numbers.