Spartak edged Dynamo in a shoot-out in Nizhny Novgorod after an exciting 4-4 tie, while SKA made it three wins from three in Sochi with victory over Lokomotiv.

The first Moscow derby of the season went Spartak’s way – but only after the Red-and-Whites withstood a big Dynamo fightback. Defenseman Maxim Goncharov’s first goal for Spartak opened a 3-1 lead early in the final frame, but Dynamo rallied with two goals in 29 seconds from Miks Indrasis and Ivan Igumnov to tie the game.

There was time to trade further goals – Goncharov again, with a swift reply from Juusso Hietenan to make it 4-4 in regulation. But Spartak eventually took the verdict thanks to Robin Hanzl’s penalty shot winner.

Spartak head coach Vadim Yepanchintsev hoped his team would learn from that final period. “At 3-1 we needed to keep doing the right things as a team,” he said. “Unfortunately individual errors crept in and allowed the opposition back into the game. That’s an important lesson for us. When we get two goals up, we have to be able to close out the game, even if it is only a pre-season tournament.”

Dynamo gave a debut to Maxim Afinogenov, signed from Vityaz in the summer. He reckons there is more to come from his new team. “We made what you might call summer mistakes,” he admitted. “We should iron them out with a bit of time and I’m sure we’ll be a very different proposition when the championship starts.”

A power play goal late in the second period was enough to give the Latvians a win over the tournament host. Kevin Clark, who was also on target against Dinamo Minsk yesterday, did the damage in the 38th minute.

At the other end, Kristers Gudlevskis marked his first game back at Dinamo with a shut-out to frustrate a highly experimental Torpedo roster. However, in the post game shoot-out – a feature of every game in this tournament, regardless of the result – Torpedo converted all five attempts on Gudlevskis.

The goalie admitted it had been hard to fend off Torpedo’s offense. “It was a tough game and at times it felt more like a playoff game than a pre-season meeting,” he said. “Torpedo really flew out of the blocks and it was hard for us to live with that, but we just about handled them. Of course it’s great to get a shut-out in my first game. As for the shoot-out, I honestly didn’t know it was going to happen! I concentrated on getting through that third period, then relaxed.”

Tomorrow, Torpedo goes against Avtomobilist, the only team with a 100% record in the tournament. Spartak takes on Dinamo Minsk. 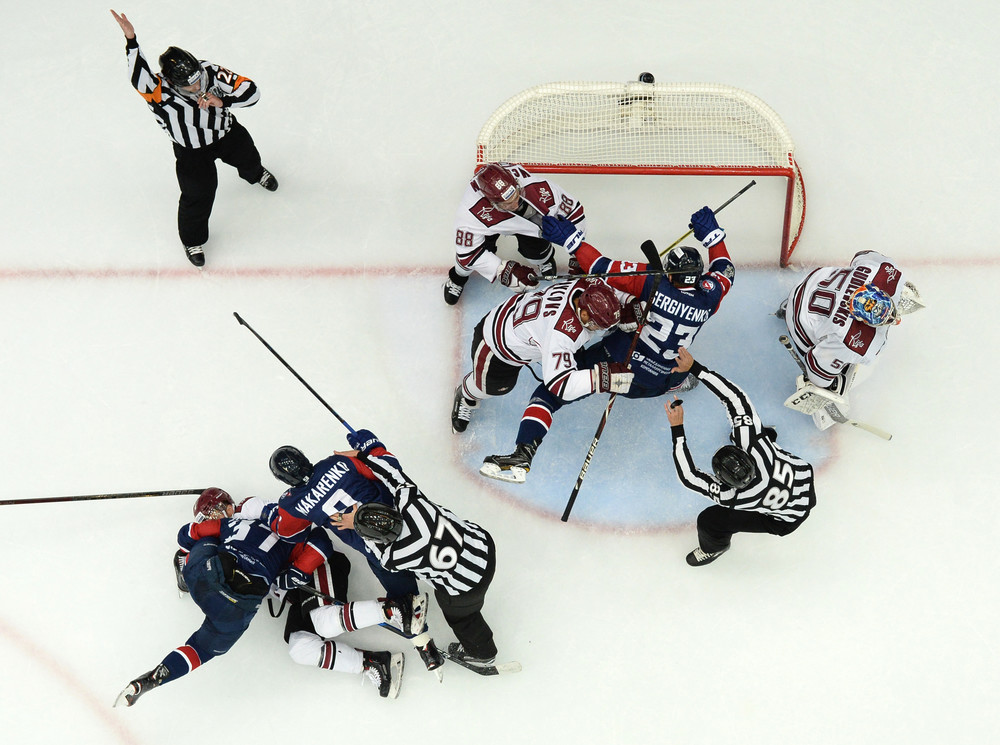 SKA began last season’s KHL campaign with a record string of victories – and this time it is looking equally powerful in pre-season. This was the Petersburg team’s third straight victory here in Sochi and Ilya Vorobyov can claim his first piece of silverware in his new job with victory over Ak Bars on Wednesday.

The Army Men took a firm grip on the game midway through the first period. Nikolai Prokhorkin opened the scoring in the 11th minute and 77 seconds later Artyom Zub made it 2-0. The second goal had a strong Khabarovsk accent: forward Amur D-man Zub scored off assists from Oleg Li and Alexei Byvaltsev, who both came to Petersburg from the Far Eastern club this summer.

Loko replied in the second period through Vladislav Kartayev, but Vasily Tokranov made it 3-1 late in the third to secure the win for SKA. It was also a win for goalie Igor Shestyorkin, who has also featured for Russia ‘B’ in this tournament. “It was no big deal to play for SKA today, I just went out and did my stuff,” he said. “The main thing was getting the win. Their goal was a bad bounce, you can’t legislate for that.”

Lokomotiv head coach Dmitry Kvartalnov was content with his team’s showing in Sochi, despite some mixed results. “It’s been a good tournament, we’ve had a look at our youngsters,” he said. “I’d have liked us to take more of our chances. And play better on the PK.” 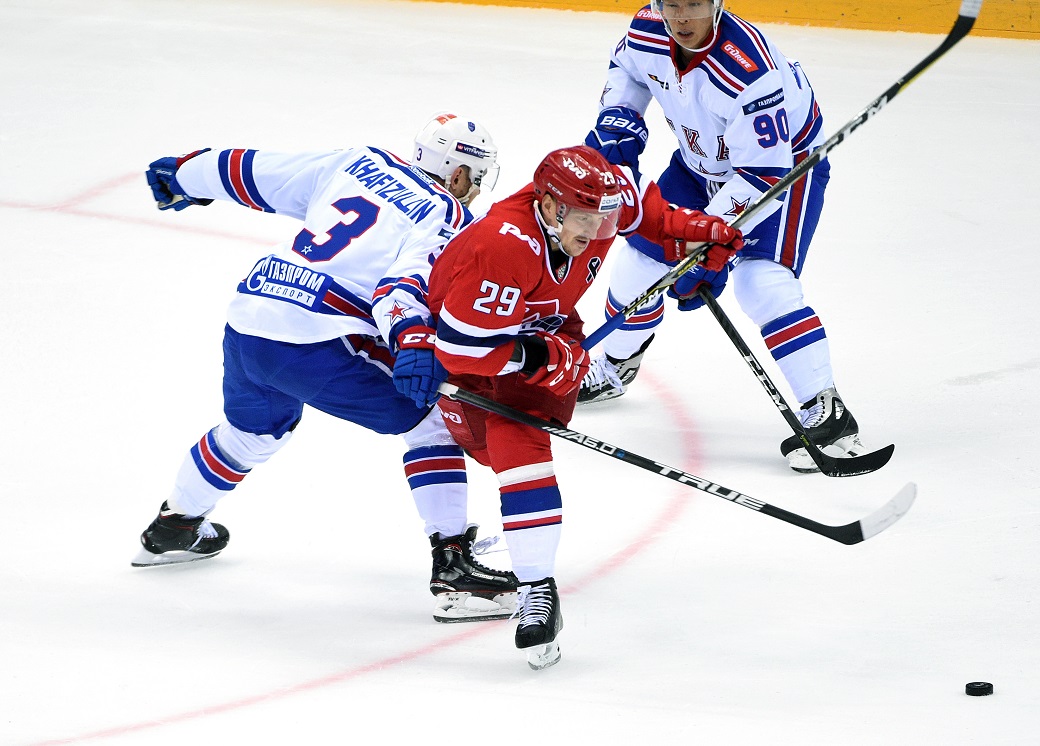 The host got its first victory of the tournament thanks to a hat-trick from Stanislav Bocharov. The left winger, whose KHL debut came against Ak Bars way back in 2008-09, joined Sochi in the summer after Lada dropped out of the league and has been in fine form throughout this tournament.

He grabbed two power play goals in the first two periods to help Sochi to a 3-0 lead, then added a fifth goal with three minutes left to calm any nerves as Ak Bars fought back. That left him with four goals and one assist from three outings this week – evidence that he could prove a useful signing beside the Black Sea.

It’s also been a notable week for Vladislav Kara, a 20-year-old prospect for Ak Bars. He got his second goal of the competition today, getting his team on the scoreboard late in the second period. Ak Bars reduced the deficit to 3-2 and then 4-3, but could not force its way back into the game.

Kara said after the game that his focus was on securing a place on the team once the KHL season starts. Asked about his position as a player included to meet the necessary quota of youngsters dressed for any given game, he said: “That doesn’t mean anything, I don’t like that idea. I want to make myself part of the roster and earn my place as a player, not as a youngster.”

The Sochi Hockey Open concludes tomorrow with a dress rehearsal of next month’s KHL curtain raiser between Ak Bars and SKA. Kunlun Red Star is also in action against Russia ‘B’, with plenty of players on both sides looking to stake an early claim for a call-up to the Beijing Olympics in 2022. 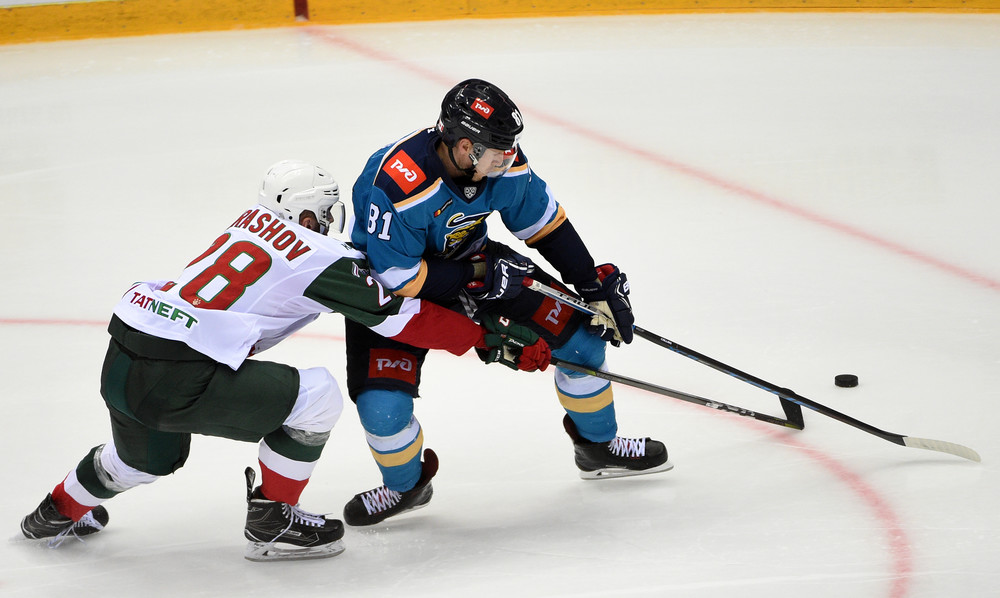