Day two of the Sochi Hockey Open saw two of the KHL’s traditional powerhouses pick up victories. Ak Bars shrugged off its opening night loss to defeat a Russian representative team, while SKA eased past HC Sochi in the evening game.

Russia’s champion club took on the country’s ‘Olympic’ hockey roster in a thrilling game in Sochi. Ak Bars bounced back from Friday’s loss to Lokomotiv – but only after falling behind to a fifth-minute goal from Vladimir Tkachyov (for the avoidance of confusion, the Russian squad included Salavat Yulaev’s Tkachyov; the Ak Bars forward with the same name also played in this game).

If that was a big lift for Russia’s youngsters, the reply was quick to come from an Ak Bars prospect. Vladislav Kara is barely 20, but he soon supplied the tying goal. By the end of the first period, the Gagarin Cup holder had jumped to a 3-1 lead: Rob Klinkhammer on the power play and Danis Zaripov, assisted by the ‘other’ Tkachyov, put Ak Bars in control.

Russia hit back. Ziyat Paigin, once an Ak Bars player, made it 2-3. Then Andrei Svetlakov had the puck in the net in the third period, but the effort was ruled out for kicking. Reprieved, Ak Bars added a last-minute goal from Artyom Lukoyanov to seal the win. 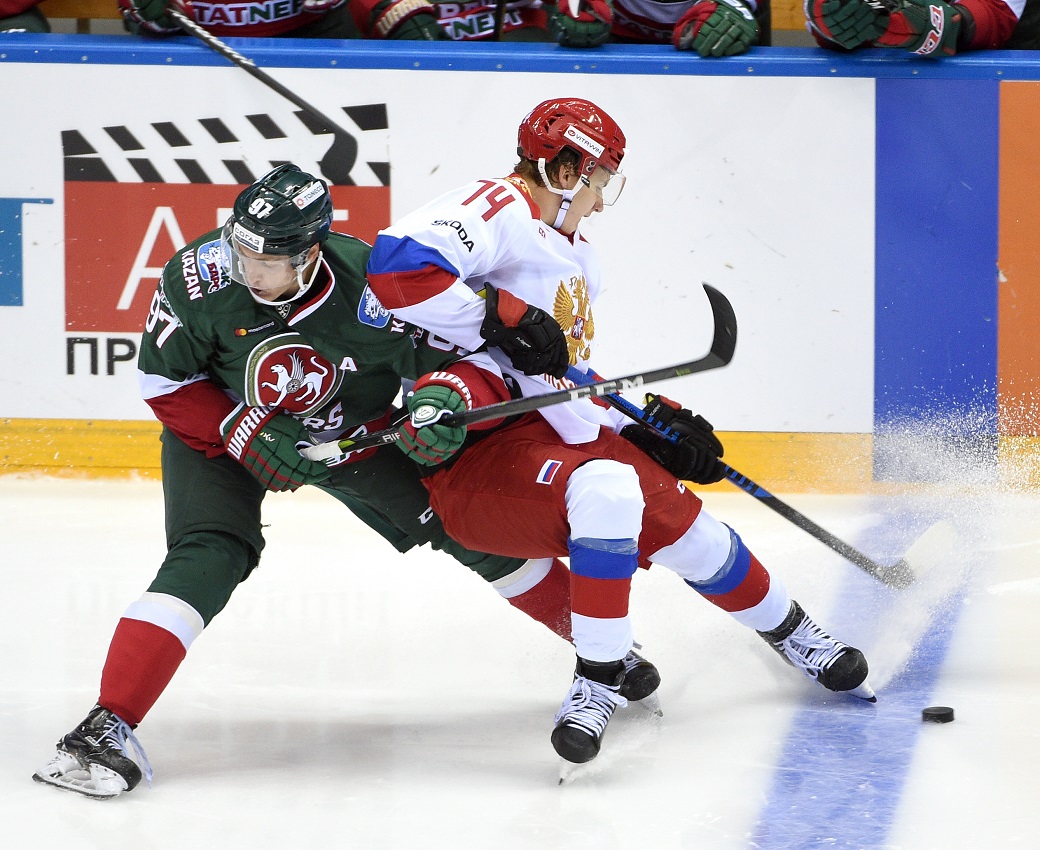 Russia’s coach, Oleg Bratash, was encouraged by what he saw from a team with an average age of just 22. “We looked more than worthy opponents against a team whose strengths are well known to everyone,” he said. “I saw more things to encourage me than to discourage me.

“The game was settled by two power play goals in the first Giving up 10 penalty minutes in one session is something that good teams won’t let you get away with. We need to keep our cool.”

For Zinetula Bilyaletdinov, discipline was also a concern. “In the second period we had penalties for misconduct and too many men. We need to work more on our discipline and ensure that these things don’t happen,” he said. “Tomorrow we are going to hear more about the recent changes to the rules. Both the players and officials need to get used to the new ones.”

Bilyaletdinov also congratulated Kara on his first goal and hoped that the youngster would soon find his place in the Ak Bars team on a regular basis.

SKA opened its tournament with a comfortable victory over the host with new goalie Magnus Hellberg making an impressive start to his career for the Army Men.

Sergei Plotnikov opened the scoring in the ninth minute, scoring a short-handed goal after SKA was caught with too many men. Early in the middle frame, Sergei Kalinin added a power play goal to put Ilya Vorobyov’s team in control. Alexander Barabanov added a third before Vadim Khlopotov pulled one back for Sochi – Jyrki Jokipakka picked up his second assist of the tournament along the way. But hopes of a home fightback were ended when Ilya Kablukov fired into an empty net. 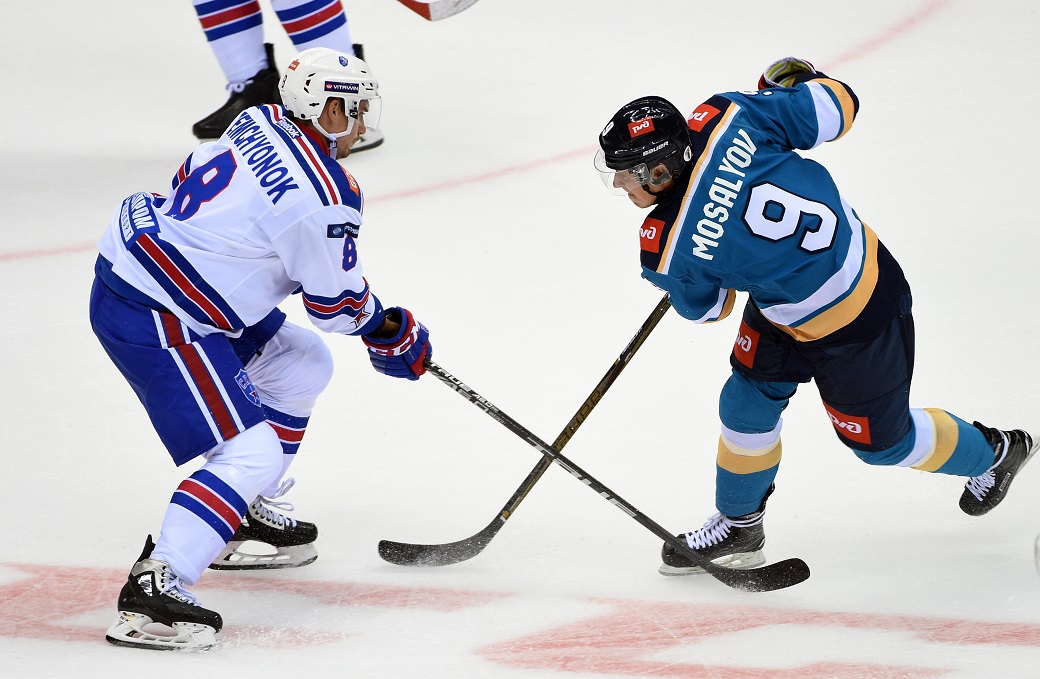 Although SKA’s scoring came from familiar sources, there were some new faces on display in the Petersburg roster. Incoming forwards Alexei Byvaltsev and Oleg Li (both from Amur) and Alexei Kruchinin (ex Traktor) all featured, as did defenseman Yaroslav Dyblenko. However, the anticipated trio of Pavel Datsyuk, Nikita Gusev and Nail Yakupov is yet to make an appearance, although Vorobyov hinted that at least two of the three might get involved during the tournament. As for the other new faces, the head coach reserved his judgement. “Byvaltsev and Li worked hard but it’s difficult to assess them on the basis of one game,” he said. “We need to look at the whole tournament and find out more about them.”

Sochi head coach Sergei Zubov felt that the scoreline did not do his team justice. “We had good energy, there was a real desire about the team today,” he said. “It felt like we deserved more than one goal.”

Saturday’s results mean that four teams – SKA, Ak Bars, Kunlun Red Star and Lokomotiv – have three points each. HC Sochi and Russia ‘B’ have yet to get off the mark. Sunday brings two more games. Russia plays Lokomotiv (1300, Moscow time) then SKA takes on Kunlun (1730).