The first action in the Sochi Hockey Open brought victory for Lokomotiv over Gagarin Cup winner Ak Bars before Kunlun Red Star took the verdict against the host club.

There was disappointment for the Sochi crowd when it became clear that Pavel Padakin, hugely popular in these parts, would not be appearing for his new club. A minor injury means the ex-Sochi forward is staying in Kazan for treatment.

Without him, the defending champion slipped to a 2-4 loss against a Lokomotiv team that included recent signing Alexander Salak in goal and had summer acquisitions Stepan Sannikov and David Desharnais on the top line. The Railwaymen looked sharper from the off and took the lead late in the opening frame through Pavel Kraskovsky. He converted a feed from behind the net from his established partner Yegor Korshkov.

After a goalless middle session, Ak Bars tied the scores early in the third through Vladimir Tkachyov’s wrister. It didn’t take long for Sannikov to reinstate Loko’s lead when he put away the rebound from Danil Yurtaikin’s shot – but there was still time for an action-packed finale.

When Andrei Loktionov made it 3-1 a couple of minutes before the hooter, it seemed that everything was settled. Justin Azevedo had other ideas, responding quickly to keep the game alive. Ak Bars roared up the ice in search of a tying goal, only for Yegor Averin to find the empty net.

Despite the result, Ak Bars head coach Zinetula Bilyaletdinov seemed to be happier than his opposite number Dmitry Kvartalnov. “We have a chance to play here against good opposition and I think this game was valuable and necessary for us,” Bilyaletdinov said. “Despite the result, I was happy with the way the team played. We’ve had a long break, we need to get back on it and prepare for the coming season.”

Kvartalnov, meanwhile, was rather more somber. “There’s still a long way to go until the start of the season, almost a full month,” he said. “There are many things we will need to think about and work on. But we still have plenty of time. As for the new guys, they all did OK.” 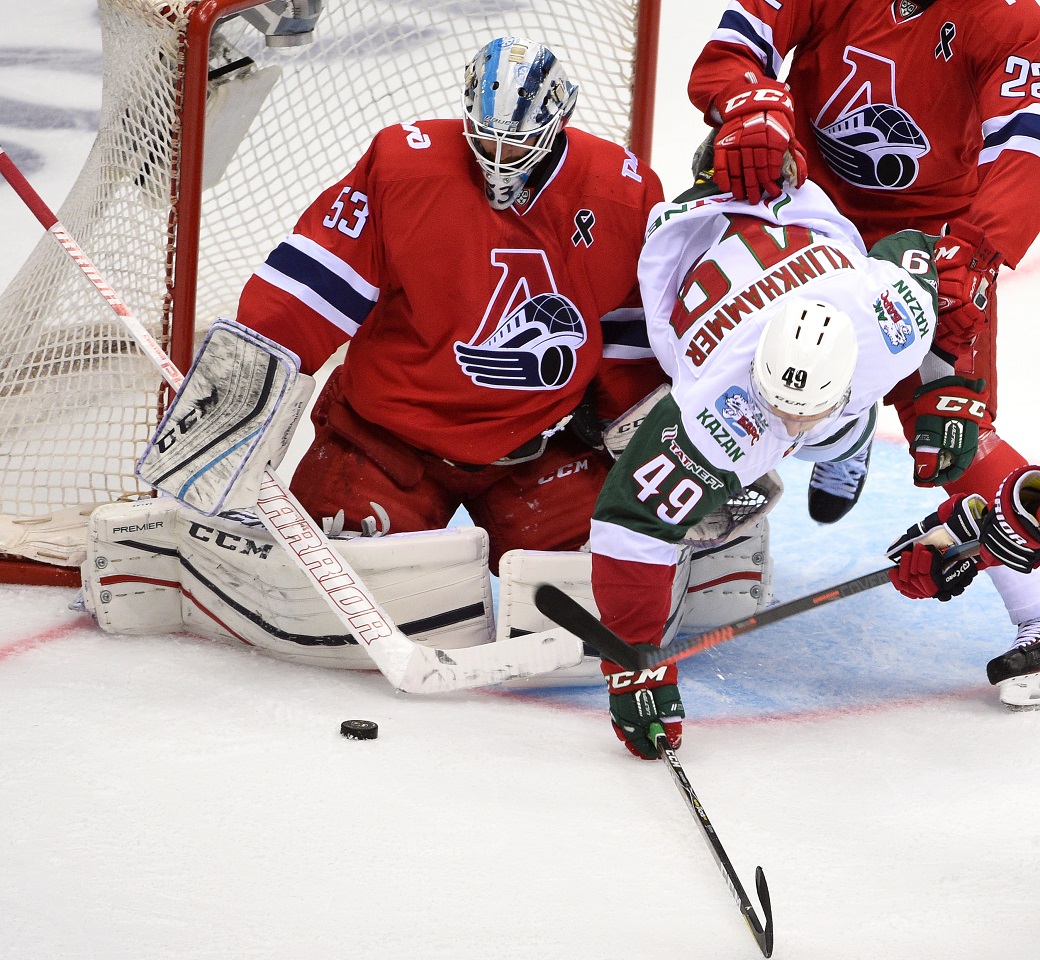 The second game proved to be all about the Red Star power play – but only after HC Sochi got the opening goal after 13 minutes. That, too, came on the PP: Greg Squires took a hooking call and Sergei Shmelyov took advantage. New signing Stanislav Bocharov was among the assists.

Red Star has a very new look this season. Incoming head coach Jussi Tapola has reshuffled the roster and it was a trio of new arrivals that combined to tie the game midway through the second period. Stepan Starkov sat out a penalty for Sochi and Kunlun cashed in when Alexandre Picard and Patrik Lundh combined to set up Veli-Matti Savinainen. Savinainen, once of Ugra, is a familiar name; Picard is not to be confused with his defenseman namesake who had a short stint at Lev Prague. Lundh is a Swedish center aged 30 who scored 40 points in 52 games for Djurgardens in last season’s SHL.

Early in the third period, Red Star went ahead. Another power play chance brought a goal for Taylor Beck. The former Avtomobilist man looked a more comfortable player after joining Kunlun part way through last season and he has begun pre-season in encouraging form. The game was put out of reach by an empty-net goal from Squires: Red Star had just six players on the ice who featured last season, but got two of its three goals from that group.

Kunlun head coach Jussi Tapola said: “It was a hard game. This was our team’s first win, but it’s only the start of our journey. Everyone knows that Sochi is a good team, and this game was not easy for us.”

Sergei Zubov, head coach of Sochi, added: “We didn’t do all of the things we talked about. The first two periods we skated well but, of course, fatigue was an issue. The guys have been working hard, but when we have chances and get into scoring positions we need to be better.”