Friday sees the start of the summer’s first pre-season tournament, the Sochi Hockey Open. Once again, the shores of the Black Sea welcome some of the strongest teams in the KHL – and offer a chance to check out the next generation of Russian international stars.

A team that needs little introduction, Zinetula Bilyaletdinov’s roster is back on top of Russian hockey after overpowering CSKA in last season’s Gagarin Cup Final. As a result, the summer trading in Tatarstan has been less intense than elsewhere. The bulk of the title-winning roster remains intact, with playoff MVP Justin Azevedo and serial collector of cups Danis Zaripov staying put, along with rising stars like Vladimir Tkachyov and Stanislav Galiyev. The most intriguing new arrival is defenseman Andrei Pedan – born in Lithuania, brought up in Moscow but schooled in North American hockey since his Ontario Hockey League debut in 2010. He’s been involved with three NHL organizations, but only saw ice time in Vancouver where he made 13 appearances for the Canucks. Now the 25-year-old is back in Russia after signing his first ever contract with a Russian club. Pavel Padakin gets a quick return to his former club: the forward left Sochi in the summer to move to Kazan. 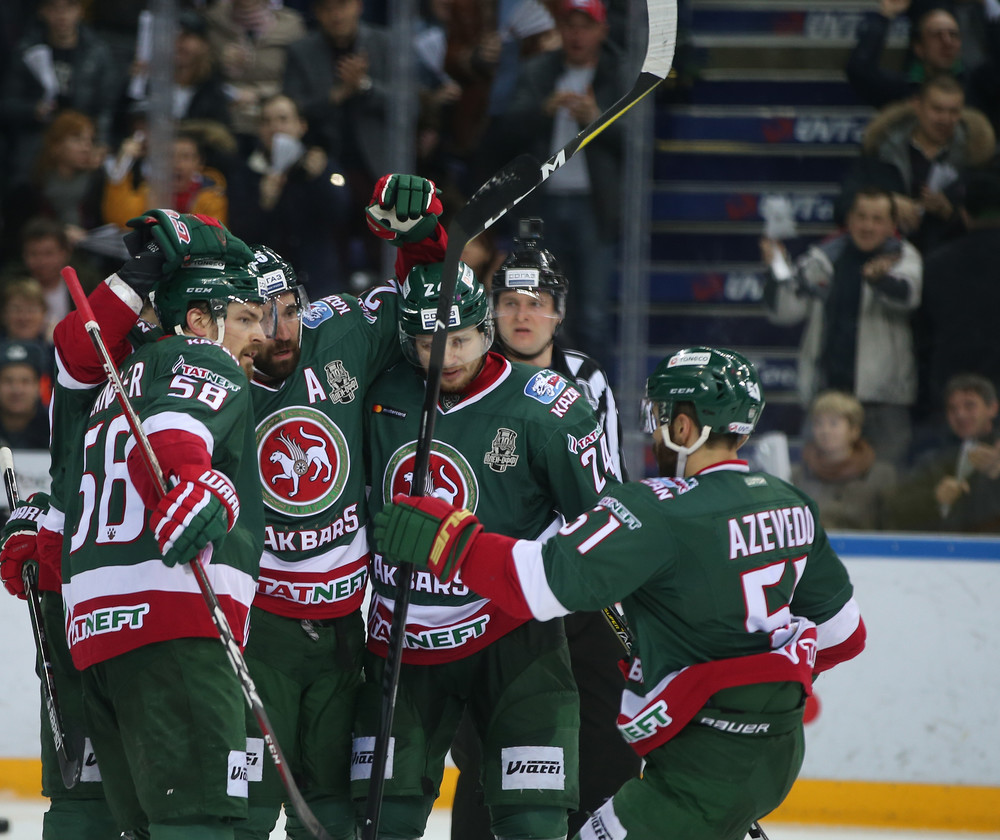 If it’s largely ‘as you were’ in Kazan, it’s all change in St. Petersburg. Oleg Znarok’s time behind the bench is over and Ilya Vorobyov replaces him. The two men have much in common: both arrive at SKA having won the Gagarin Cup elsewhere, and both worked together on the Russian national team to win Olympic gold back in February. Other big names have gone: Finnish goalie Mikko Koskinen is off to Edmonton, Ilya Kovalchuk is taking his Hollywood skills to LA and D-man Yegor Yakovlev is going to New Jersey. In addition, Vadim Shipachyov and Sergei Shirokov are joining KHL rivals. In their places, SKA has recruited Nail Yakupov, a supremely talented but somewhat unpredictable forward from Colorado, Swedish goalie Magnus Hellberg from Kunlun Red Star, and ex-Ak Bars D-man Vasily Tokranov. Two other notable forwards also join the ranks: Amur’s Alexei Byvaltsev and Traktor’s Alexei Kruchinin. Those two were among the brightest players to emerge last season and SKA will hope to see them progress in the same manner as Nikita Gusev or Artemy Panarin in seasons past. 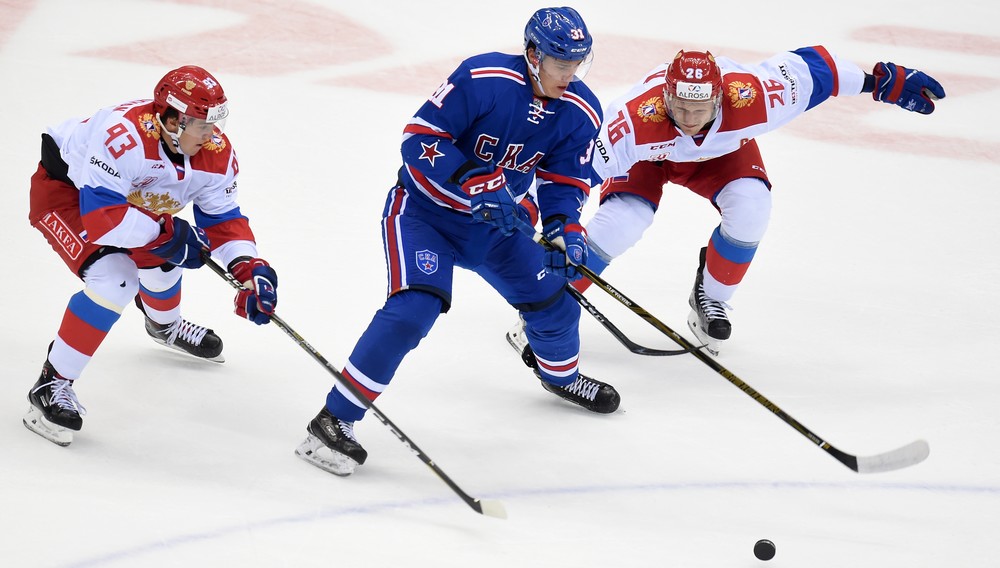 Last summer, this tournament marked the beginning of the path that led to Olympic gold in Korea. Russia’s roster faced a similarly experimental Canadian team in pre-season and gradually the coaching staff were able to start inking in the names to make that final PyeongChang roster. This time, there’s less immediate pressure – the next Olympics is four years away – but the need to identify and nurture a new generation of Russia talent is as pressing as ever. Oleg Bratash has a young team – average age 22 – but there’s some serious experience there. SKA’s Igor Shestyorkin and Dynamo’s Andrei Mironov have both played at World Championships, Vitaly Kravtsov emerged as the young star of last season’s playoffs. Then there’s a host of young Loko talent to check out. 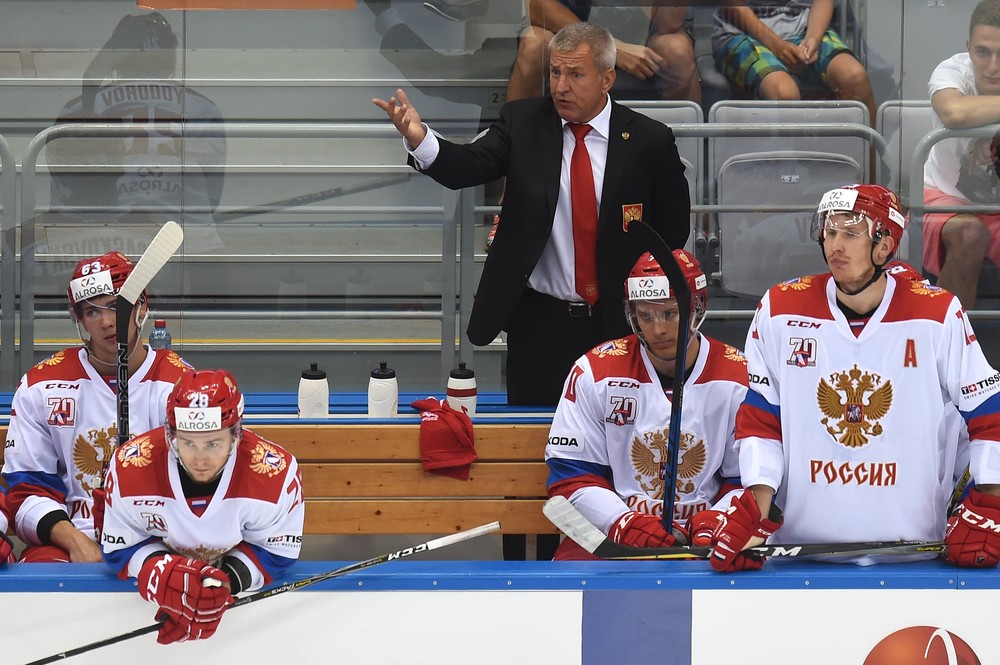 Last season promised plenty for Red Star, but Mike Keenan struggled to get the team to gel and after his departure the Chinese club drifted out of the playoff race. Now Jussi Tapola is in charge, and he’s looking to bring some Finnish discipline to the club. The bigger picture, though, is 2022. China has been awarded a place in the Olympic hockey tournament as host nation and now the work starts in earnest to produce a credible roster. In a recent exhibition game, Tapola was able to name 16 players who could be available for the Chinese in four years time – a mix of young talent and experienced dual nationals – and that gives a clear indication of Kunlun’s future course. Here, though, we can expect to see a more multinational roster: summer signings include Czech trio Ondrej Vitasek, Tomas Kundratek and Tomas Mertl, plus experienced Finns Ville Lajunen, Olli Palola and Veli-Matti Savinainen. Justin Fontain, Blake Parlett and Victor Bartley add a North American accent as Red Star looks to rise again. 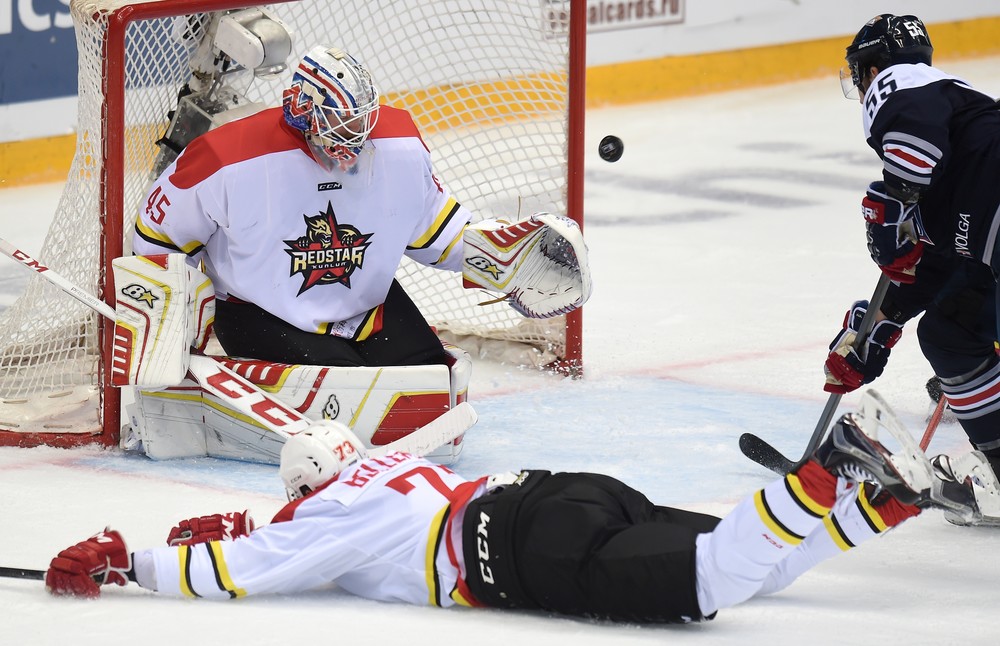 The tournament host, like Red Star, is looking to make something of a breakthrough this season. Since joining the KHL in 2014-15, Sochi has been a consistent but unremarkable performer in the Western Conference. This tournament will be the first chance to see if the club has laid the foundations to get deep into the playoffs. Yohann Auvitu, a French international defenseman, is the marquee signing. He’s spent the last two years across the Atlantic with New Jersey and Edmonton, and has cemented himself as a lynchpin on the blue line for les Bleus. Elsewhere, it’s all about KHL forwards in need of a new challenge. As well as Alexander Polunin from Lokomotiv, Kirill Belyayev (Lada) and Stanislav Bocharov (Ugra) are out to prove a point after their clubs dropped out of the league at the end of last season. 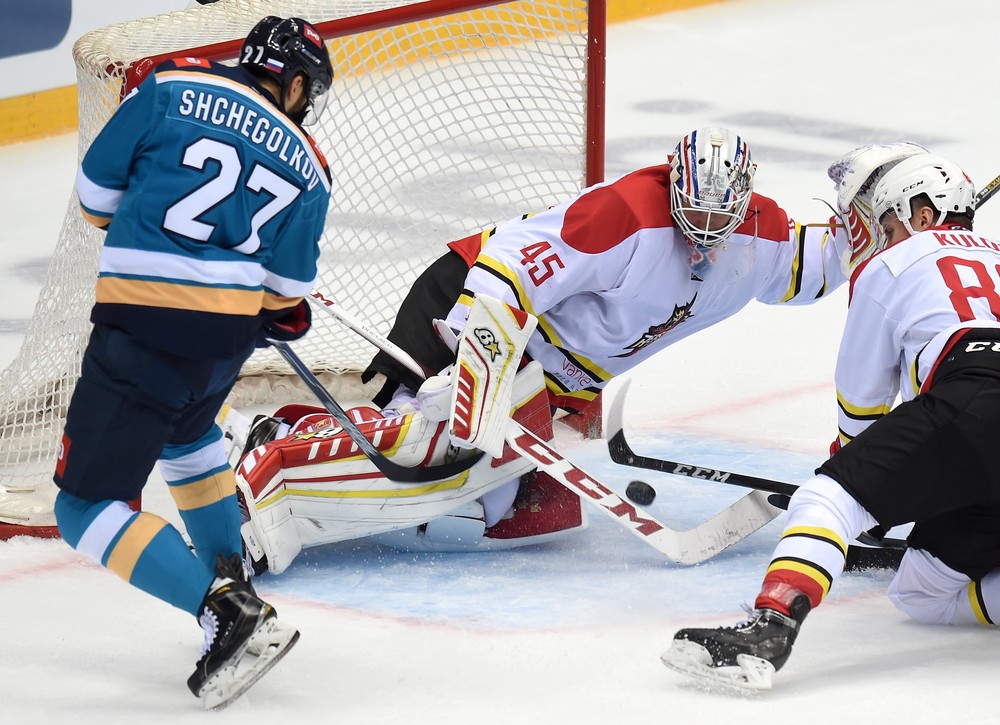 The big changes at Lokomotiv came during the previous season. Alexei Kudashov was replaced by Dmitry Kvartalnov and the team ultimately rallied to reach the second round of the playoffs. Now firmly installed, Kvartalnov has secured the bulk of the roster that completed the 2018 season – and went back to Sibir, one of his former clubs, to add some polish. Goalie Alexander Salak looks a key signing: last season it was rarely clear who the #1 in Yaroslavl might be, and that showed in some uneven goaltending. The signing of forward Stepan Sannikov is another interesting capture. The ex-Sibir man has gone from the fringes of Russia’s national team to relative obscurity and admitted in a recent interview that he needs a change to get his career back on track. David Desharnais, 32, arrives from the New York Rangers after a long NHL career. Among the out-goings, D-man Ilya Lyubushkin heads to the NHL while promising young forward Alexander Polunin is looking to revive his fortunes at HC Sochi.