20 Russians drafted in best result since 2004

Colorado Avalanche took three Russian players, albeit late in the draft. Lokomotiv forward Nikolai Kovalenko (#171) was the most eye-catching of the organization’s three acquisitions: Kovalenko was the unlikely hero of January’s All-Star action, scoring twice in the KHL All-Star games after starring in the MHL showdown in Astana. The Avs also took defenseman Daniil Zhuravlyov and goalie Shamil Shmakov.

Semyon Der-Arguchintsev, a forward who emerged from Moscow’s Krylya Sovietov club, became the youngest player to be drafted this year. Aged just 17 years, nine months and eight days, he was chosen by Toronto after putting up 51 points in 68 games for the Peterborough Petes in the OHL. The Leafs also claimed the rights to another Russian forward, Semyon Kizimov, in the final round of the draft.

Another ex-Krylya player, Alexander Romanov, was chosen by Montreal in the second round of the draft on Saturday. His call-up at #38 confounded most predictions, which had him going rather later in the draft. The defenseman has remained in Russia up to now, and had 14 (7+7) points in 37 MHL outings for Krasnaya Armiya last season. Romanov has learned his trade in the CSKA system, but there could be some Ak Bars influence there as well: he’s the grandson of Zinetula Bilyaletdinov, Kazan’s legendary head coach.

Romanov was the first of four Russians to be drafted in the second round. Fellow CSKA youngster Ruslan Iskhakov was chosen by the Islanders after a season that saw him score 21 points in 24 games for Russia’s youth team. Ugra’s right-winger Kirill Marchenko, who made his KHL debut during the past season, is going to Columbus. Meanwhile, his Ugra team-mate Ivan Morozov will look to strike it lucky in Vegas after he was drafted by the Golden Knights.

Artyom Manukyan was the player with the most KHL experience in this year’s draft. The Avangard forward made 20 appearances in the league, recording a goal and an assist along the way. He was taken up by Vancouver. 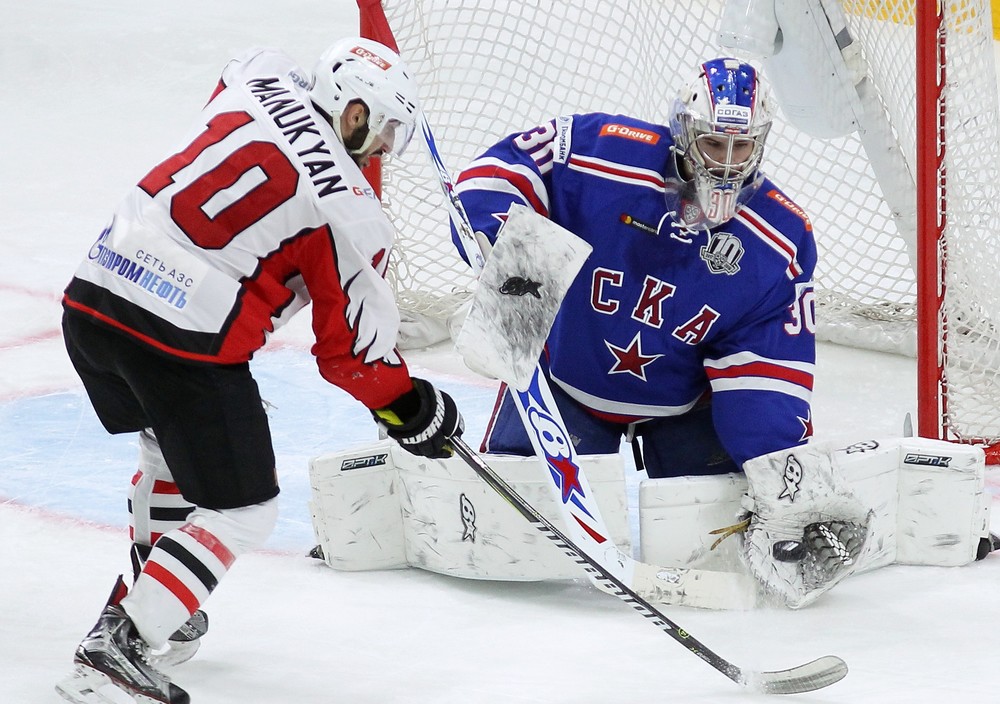 And, while the LA Kings hit the headlines for signing Ilya Kovalchuk, there was one more Russian heading towards Hollywood. Bulat Shafigullin, who made his KHL debut for Neftekhimik last season, was selected by the Kings in the third round. The forward went as the 82nd pick overall.