KHL.ru continues its team-by-team review of the tenth season of the KHL Championship with a look at the drama through the eyes of Moscow's Army Men, who, for the second time in three years, reached the final of the Gagarin Cup but went home empty-handed.

Igor Nikitin's team underwent an impressive consolidation during the preseason, with a number of Russian internationals and soon-to-be Russian internationals joining an already strong roster. No surprise, then, that CSKA immediately found itself ranked among the favorites for the title, and only a final series defeat at the hands of a typically disciplined Ak Bars prevented those predictions from coming true. 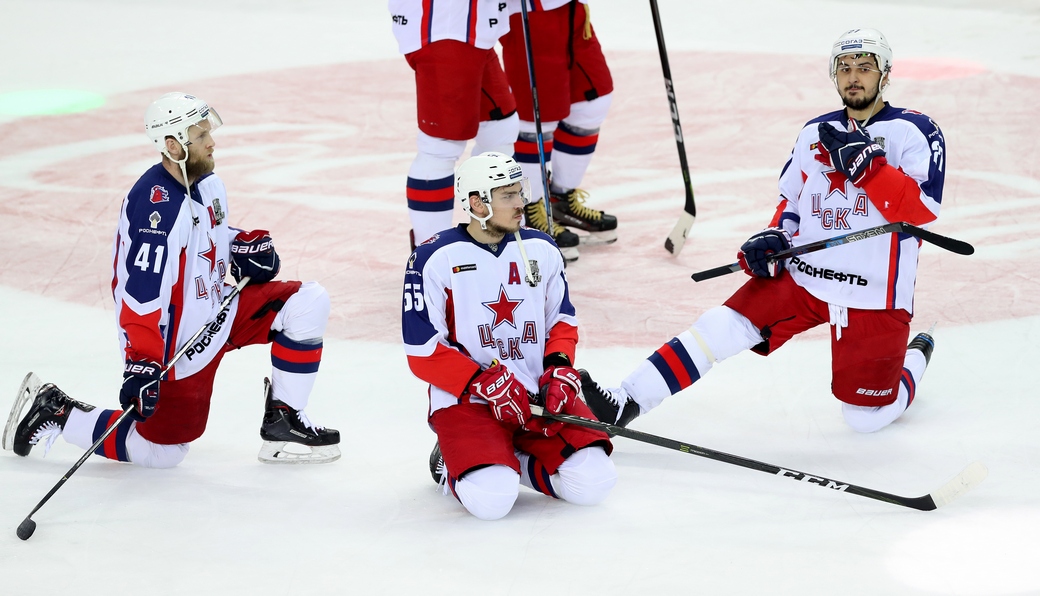 Not everything went smoothly for the Army Men over the first half of the campaign. This was Nikitin's first full season as head coach of a KHL club, and he was rotating the team in search of the best combinations. There was little doubt, however, about the last line of defense – Ilya Sorokin was the main goalie, and enjoyed 37 outings in the regular season, while understudy Lars Johansson played in 21 games.

The new-look CSKA faced a stern test in the very first match, in Saint Petersburg to contest the Opening Cup against reigning champion SKA. In the end, the Muscovites lost 2-4 to Oleg Znarok's team, but put in a decent performance nonetheless. The next match was on the road against the Railwaymen, and the Army Men left Yaroslavl with their first victory of 2017-18, winning a closely fought game against Lokomotiv 2-1 after a shootout. This success began a nine-game winning streak, eventually snapped by successive losses to Amur and Jokerit, although in CSKA's defense, flying out to Khabarovsk on the Pacific and then straight to Helsinki on the Baltic is hardly the ideal preparation. 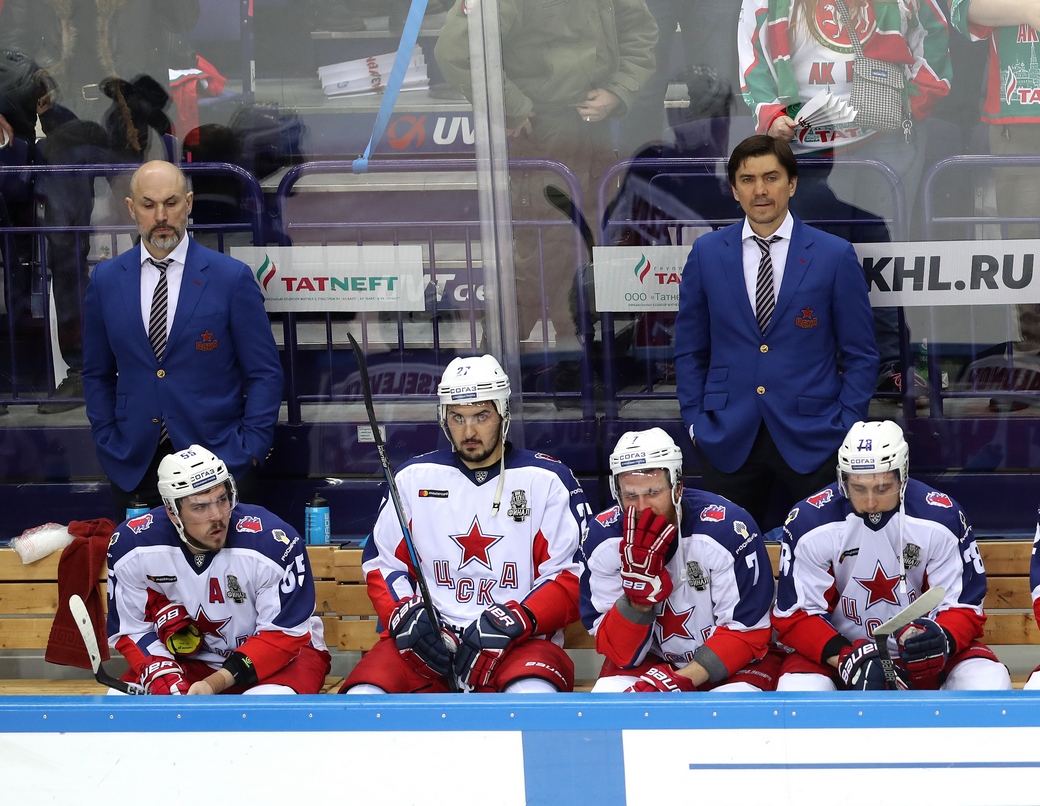 There followed another nine-game winning run, which ended, curiously enough, with an overtime loss inflicted by Lokomotiv under ex-CSKA boss Dmitry Kvartalnov, and then came another Army Club Derby against SKA. This time the Petersburg Men won 5-2, and were to hold on to top spot in the Conference for the remainder of the season, although, on the bright side for the Moscow Men, they were to hold off the threat from Lokomotiv and thus secured second place in the West.

In the first round of the knockout stage, CSKA encountered fierce crosstown rival Spartak, but managed to sweep the Red-and-Whites 4-0 while allowing just a solitary goal. Then the Army Men faced Jokerit, the team they eliminated 4-0 the previous year, but this time around the Helsinki Men, celebrating the club's 50th anniversary, proved to be a much tougher opponent. The series stretched to six games, one of which set a record as the longest match in KHL history: it lasted 126 minutes and 14 seconds and resulted in a win for the Finns, yet CSKA still emerged victorious, 4-2, in the series.

The Western Conference final between CSKA and its fellow Army Men from Petersburg was a delight for the neutral and also - eventually - for fans of the Muscovites. Both teams produced positive, entertaining hockey, but with Johansson in superlative form between the pipes and young Kirill Kaprizov in ruthless mood in offense, CSKA clinched victory in overtime of Game 6. However, the Gagarin Cup final was a step too far. CSKA managed to win only once against Ak Bars, and the most coveted bit of silverware in the KHL was on its way to Kazan. 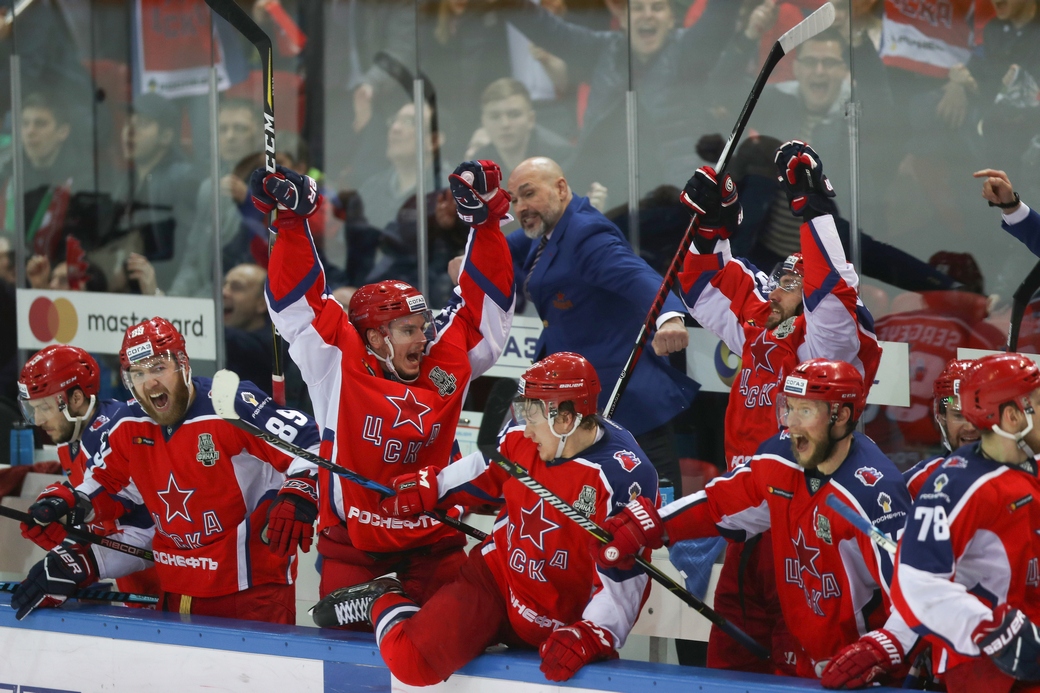 As we already mentioned, above, Igor Nikitin was in his first full season at the helm of a KHL team. With the departure last year of Dmitry Kvartalnov, the CSKA management placed their trust in his longtime assistant and were rewarded with an appearance in the Gagarin Cup final.

Nikitin tackled a wealth of problems before the start of the new season. He had to experiment with known players and new arrivals, all of them ambitious and hungry for ice time. He also tried to give youth a chance, and this policy paid off handsomely with the performances from Russia's Olympic hero Kirill Kaprizov. And Nikitin had to do much of this tinkering and fine-tuning over the course of the Championship.

The coach himself, in an interview KHL.ru, said he would continue his work at CSKA. 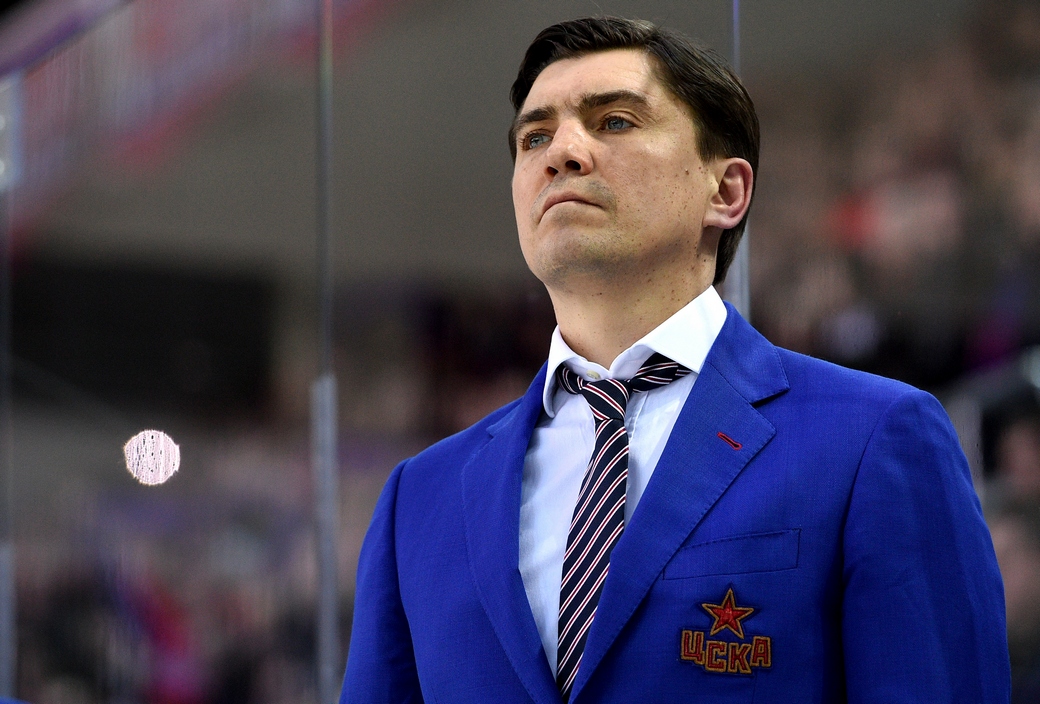 On the 29th of March, 2018, began the final of the Western Conference. The Gagarin Cup holder, SKA, welcomed CSKA to the Northern Capital and the two rivals produced a feast of hockey. Here we must give due credit to the opposition, as SKA's star-studded offense was in swashbuckling mood, but the Muscovites matched them blow for blow. Kaprizov produced an unforgettable and miraculous pass for Mikhail Grigorenko, and Andrei Kuzmenko hit a hat-trick, which included the golden goal in overtime which sealed a 5-4 win. CSKA had proved it could hold its own with the reigning champion.

In September of last year, CSKA headed off to the Finnish capital to face Jokerit, a future opponent in the 2018 playoffs, and the hosts hit four unanswered goals – Matt Gilroy, Olli Palola, Niklas Jensen and John Norman inflicting the damage. For Nikitin's team, the defeat to the Finns was the first time this season that the Army Men had failed to trouble the scoreboard operator.

It is stretching the meaning of the word, discovery, to use it for a player who ended the 2016-17 season with 42 points from 49 matches, but nonetheless, you have doubtless guessed that we are talking about Kirill Kaprizov. Bearing in mind his tender age, and that he had uprooted himself and moved from Ufa to the capital, facing a weight of expectation, we must laud the lad's success. He managed to stay just as dangerous to opposition defenses, recording 40 points in 46 games, he manfully shrugged off a dry spell and returned to his scoring ways, and he showed his coolness under pressure when he struck the winning goal in Game 5 of the Western Conference final against SKA. Last, but certainly not least, he performed heroically for his country in the Olympics. 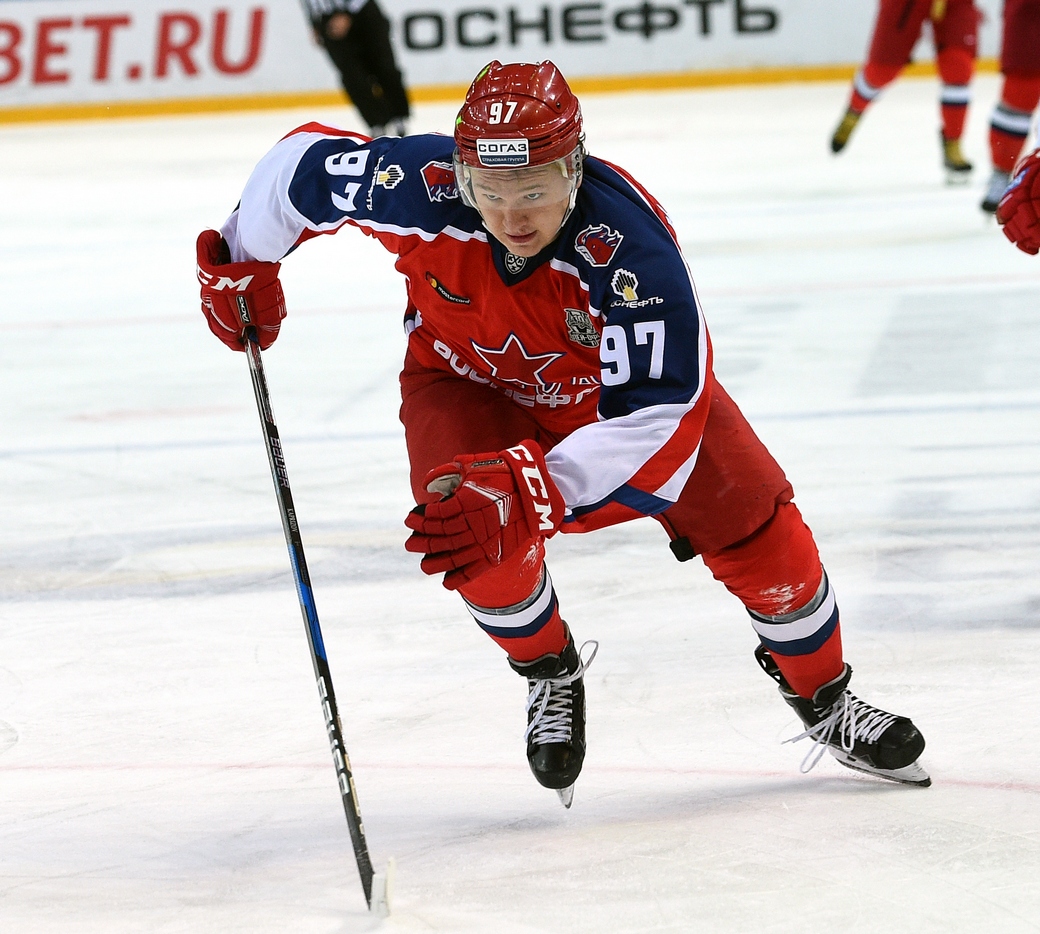 The team was formidable throughout the regular championship and stormed through the playoffs to the Gagarin Cup final, so it would be harsh to put a minus before the performances of any of the players. However, there was one man of whom much more was expected: Roman Lyubimov returned from North America to CSKA, played 40 matches in the regular season and scored 11 points. Coach Nikitin could not always find a place for the forward, and there was no call-up from Team Russia to represent his country at the Olympics.