Tolvanen and Gusev set to play, Belarus in trouble – the KHL in Copenhagen

The final roster places are being filled, and two stars of the KHL season are about to appear in this year’s World Championship for the first time. SKA’s Nikita Gusev is ready to play for Russia, while former Jokerit star Eeli Tolvanen is heading over the Atlantic to join Finland. Belarus would love to fly in some top-class talent of its own: Friday’s 0-3 loss against the Czechs means the team’s survival hopes hang on a Saturday showdown against Austria.

Nikita Gusev is set to take his bow in this year’s World Championship when Russia plays Switzerland in Copenhagen on Saturday evening.

The SKA forward completed a full training session with the team on Friday and could be used in his Olympic line with Kirill Kaprizov and Pavel Datsyuk. Russia also filled the final slot on its roster, with defenseman Alexei Bereglazov getting the nod ahead of forward Alexei Byvaltsev. Dinar Khafizullin is struggling with a minor knock, prompting the team to look for cover on defense rather than up front.

Defending champion Sweden, which plays Russia on Tuesday, added three new faces to its roster. Nashville Predators trio Mattias Ekholm, Filip Forsberg and Viktor Arvidsson will join the Tre Kronor for the rest of the tournament. And Eeli Tolvanen, whose season has already included World Juniors, Olympics, KHL playoffs and three games in the NHL, is set to finish up at the Worlds with team Finland. The 19-year-old is expected to be available for Saturday’s game.

A strong showing from the host nation always lifts a championship, and Denmark is doing all it can to deliver. Today’s 3-0 victory over Norway puts the team in with a great chance of reaching the last eight. Jokerit’s Nicklas Jensen scored twice for the team, and fellow forward Frans Nielsen is enjoying the experience of winning in front of his home fans.

“We couldn’t have asked for much more than this, it’s been a joy,” he told IIHF.com. “We’ve put ourselves in a good position right now but we have another game coming up tomorrow. I know we’re favorites, but it’s not going to be easy.” 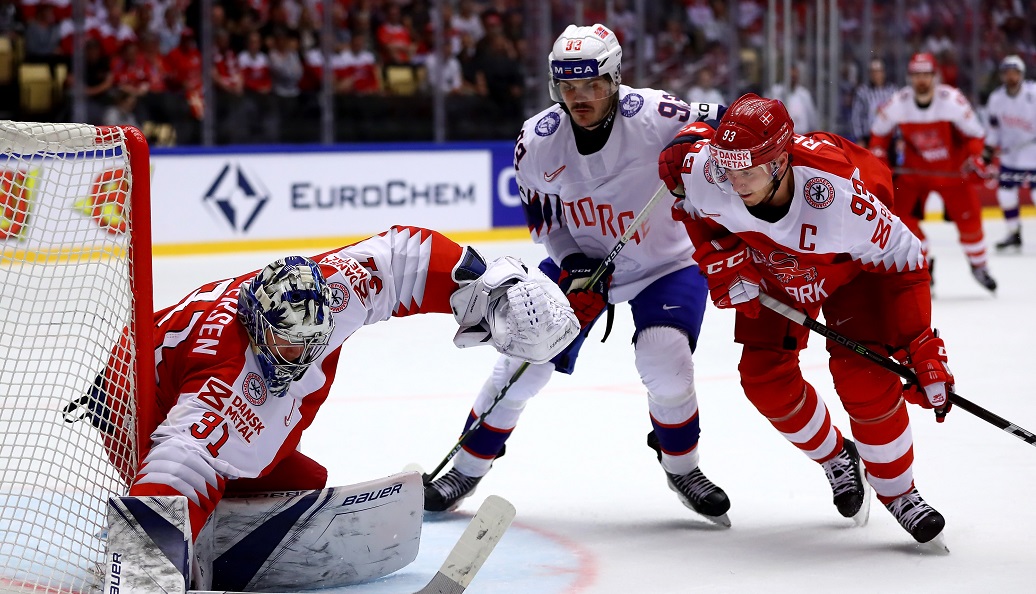 That game is against a beleaguered Korean team that lost 13-1 against the USA on Friday evening. The Olympic host nation, playing its first ever season at this level, looks destined for relegation after a string of heavy losses but it did at least manage to score the opening goal in that game before the floodgates opened. Assuming Denmark delivers the expected win on Saturday, it would be in control of its destiny in Group B, although it could face an anxious final game against Latvia to secure a place in the knock-out stage. 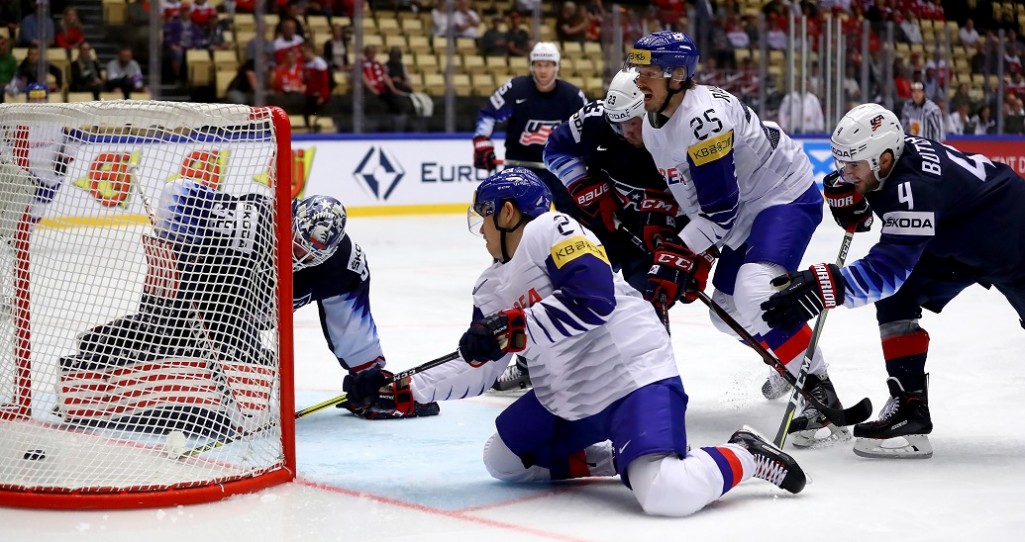 Belarus also faces a crucial game on Saturday, but it’s win-or-bust affair against Austria is important for all the wrong reasons. The struggling Belarusians lost their fifth game of the tournament on Friday, going down 0-3 against the Czech Republic. Roman Horak and Tomas Repik were among the Czech scorers, Pavel Francouz got the shut-out and the team moves on to nine points, one behind Russia in the Group A table.

For Belarus, though, it’s all very different. Failure to beat the Austrians, who remain on one point following a 2-5 reverse against France, would condemn Belarus to relegation after playing in the Elite Pool since 2005.