First loss for Russia – the KHL in Copenhagen

Russia went down to its first defeat of the World Championship after a Boston blast led the Czech Republic to an overtime win. Elsewhere, Latvia took team USA all the way before going down in overtime. Connor McDavid’s hat-trick for Canada paced a 5-0 victory over Norway and Slovakia beat France 3-1.

After three convincing wins against tournament outsiders, Russia got a rude awakening when it went up against a Czech team reinforced with David Krejci and David Pastrnak. Despite flying into Denmark early the morning, the Boston Bruins pair combined for seven points as the Czechs snatched a dramatic 4-3 overtime victory.

Pastrnak wrapped it up with the game-winner, collecting his own rebound behind the net and shooting off the legs of Yegor Yakovlev to end a pulsating game.

Captain Pavel Datsyuk paid tribute to the impact the two new Czechs made on the team, but downplayed the disappointment of dropping points after three shut-out victories had made Russia the most talked-about team in Copenhagen.

“The guys from Boston really lifted the Czechs' game,” he said. “It was clear that they were excited about coming to Denmark.

“We had a really good game. Of course, there were lots of mistakes on both sides. But today wasn't a game that we had to win at all costs. The coaches tried to make a few changes in our lines. Now we'll look at that and see what works and what doesn't.” 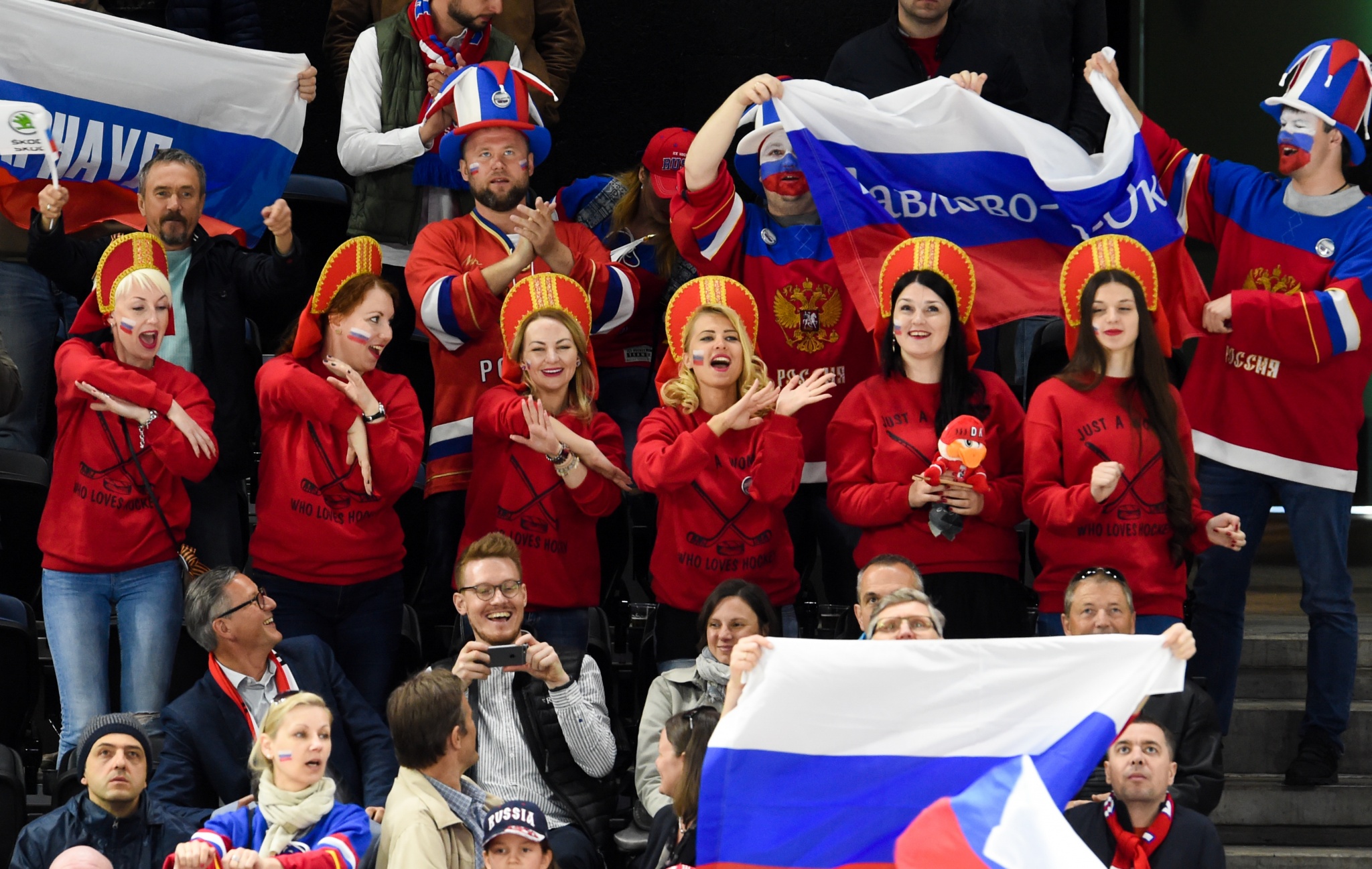 Russia got off to a perfect start when Nikita Nesterov opened the scoring in the second minute. David Rittich made the stop from Alexander Barabanov but the rebound broke for Nesterov to wind up a slap shot that gave the Czech goalie no chance. And Rittich was beaten once again minutes later, only to be saved by the piping as Nikita Tryamkin launched a shot at goal.

But the Czechs rallied, ending Russia’s long run without allowing a goal in this tournament and finishing the first period in front. Krejci and Pastrnak were involved in both goals. Krejci scored the first, firing home from the slot after some patient build-up play. After 194:41, Russia finally conceded its first goal in this tournament. Later, Krejci and Pastrnak turned provider to set up Dmitrij Jaskin to make it 2-1.

Russia replied early in the second, when good work from Pavel Buchnevich behind the net set up Mikhail Grigorenko for the tying goal. Krejci and Pastrnak combined again to restore the Czech lead but Russia tied it up 90 seconds later when Nikita Zaitsev deceived the defense and presented Barabanov with an empty net. Dinar Khafizullin almost put the Russians ahead when his point shot rattled off both posts and somehow bounced to safety.

Czech head coach Josef Jandac admitted that he didn’t know until the last minute that he would be able to use the new arrivals.

“They got a couple of hours sleep then came to practice. We knew that they could play like that. Krejci and Pastrnak are the best players in the Czech Republic. The only question for us was who should play on their line, and Dima Yaskin did a good job with that.”

Russia is now second in Group A with 10 points from four games. Leader Sweden remains perfect with 12 from four.

Latvia came close to pulling off a shock in Herning where it took the USA to overtime before falling to a 2-3 loss.

Goals from Uvis Balinskis and Andris Dzerins saw Latvia 2-1 up early in the second period, but the Americans tied the game late in the middle frame thanks to Colin White and, after a scoreless third period, Cam Atkinson won it with a power play goal in overtime.

Slovakia’s playoff hopes got a boost with a 3-1 victory over France. Avtomobilist defenseman Michal Cajkovsky scored an empty-net goal to wrap up the win; earlier David Bondra and David Buc found the target for the Slovaks while their HK Poprad clubmate Patrick Svitana had two assists.

For Domink Granak, long-serving former Dynamo Moscow defenseman, the win was important in terms of the current competition and the future of Slovak hockey.

“It was a hard game but it was an important win for us because we knew that we need these three points to keep some chance of making the quarter-final,” Granak said. “It’s important that we are seeing new players doing well here. We cannot play with the same generation of players forever. It's very important that we have three really young defencemen here and they are performing really well.

“All three of the forwards from Poprad have been really good all tournament. They are working really hard and I'm happy for them that their line got the goals today. They were our most important line in this game.”

The evening game in Herning saw Canada ease to a comfortable 5-0 victory over Norway. Connor McDavid scored a hat-trick.