For the third time in four days, Russia powered to a convincing shut-out victory. Belarus was the latest victim, going down 6-0. But more challenging days lie ahead, with captain Pavel Datsyuk anticipating a tougher task on Thursday when the Czech Republic provides the opposition.

Russia’s perfect start to the 2018 World Championship continued with a comfortable 6-0 victory over Belarus. After three games in Copenhagen, Ilya Vorobyov’s team has scored 20 and conceded zero. Sure, the opposition may not be the most intimidating, but teams can only beat the opponent in front of them and Russia has been convincing in its first games here.

Monday’s match-up with Belarus was as one-sided as the games that preceded it. At times it felt like something of a practice session as Russia was able to move the puck around almost at will. Pavel Datsyuk led the scoring with two goals and an assist and warned of stiffer tasks ahead.

“Our biggest tests are still to come,” he said. “I'm sure the game against the Czechs will be a better indication of where we are. From game to game we've been trying to cut out the silly mistakes and we need to keep on with that. I thought we had fewer errors today but the main thing was getting the result.

“Right now our line is coming together nicely but it will be interesting to see how we can play against stronger opposition.” 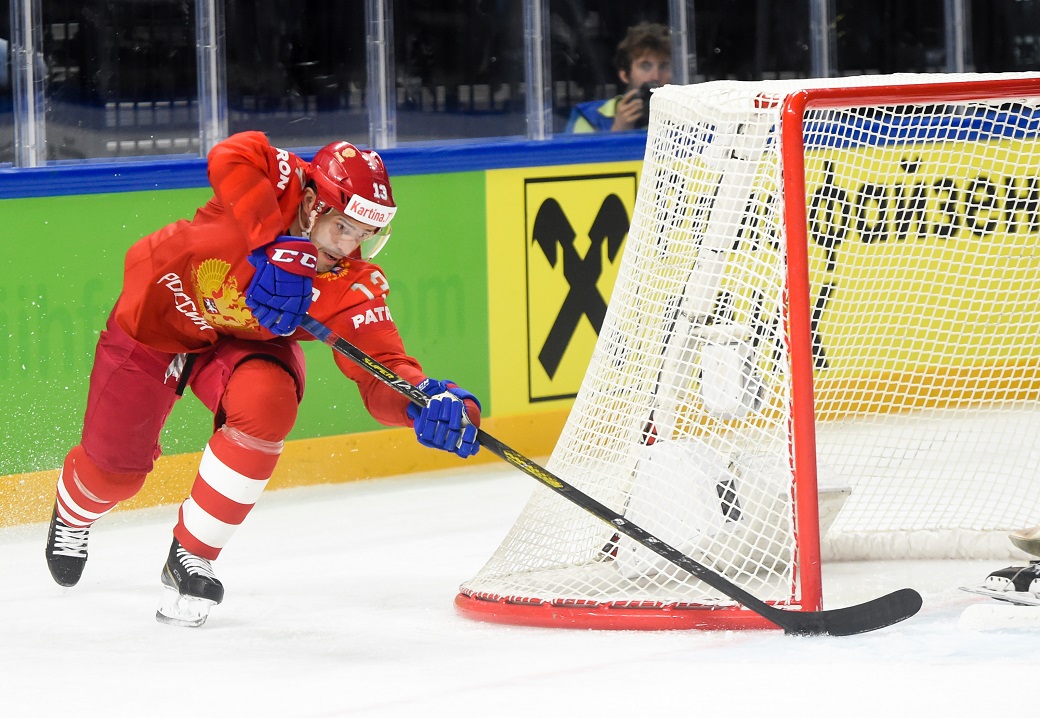 Datsyuk’s line also combined for Russia’s sixth goal, scored by Kirill Kaprizov. After the game he joked that the team still needed to add something after failing to match the 7-0 margins of the first two games. In a more serious vein, the CSKA youngster added: “That first period was probably the toughest we’ve had in this tournament. Belarus played well, pressed hard and even hit the post. The good thing is that we had another shut-out and we kept scoring our goals, but we all know our biggest games are still to come.”

Maxim Shalunov, Maxim Mamin and Ilya Kablukov were also on the scoresheet for Russia while Igor Shestyorkin marked his first World Championship start with a shut out.

For Belarus, goalie Vitaly Trus – subject to inevitable headlines punning on the popular Soviet hockey song ‘Trus ne igraet v khokkei’ (Cowards don’t play hockey) – blamed defensive lapses for his team’s loss. “In the first period we did well but in the second we twice left their players all alone on the slot. It was like something from kindergarten,” he said. 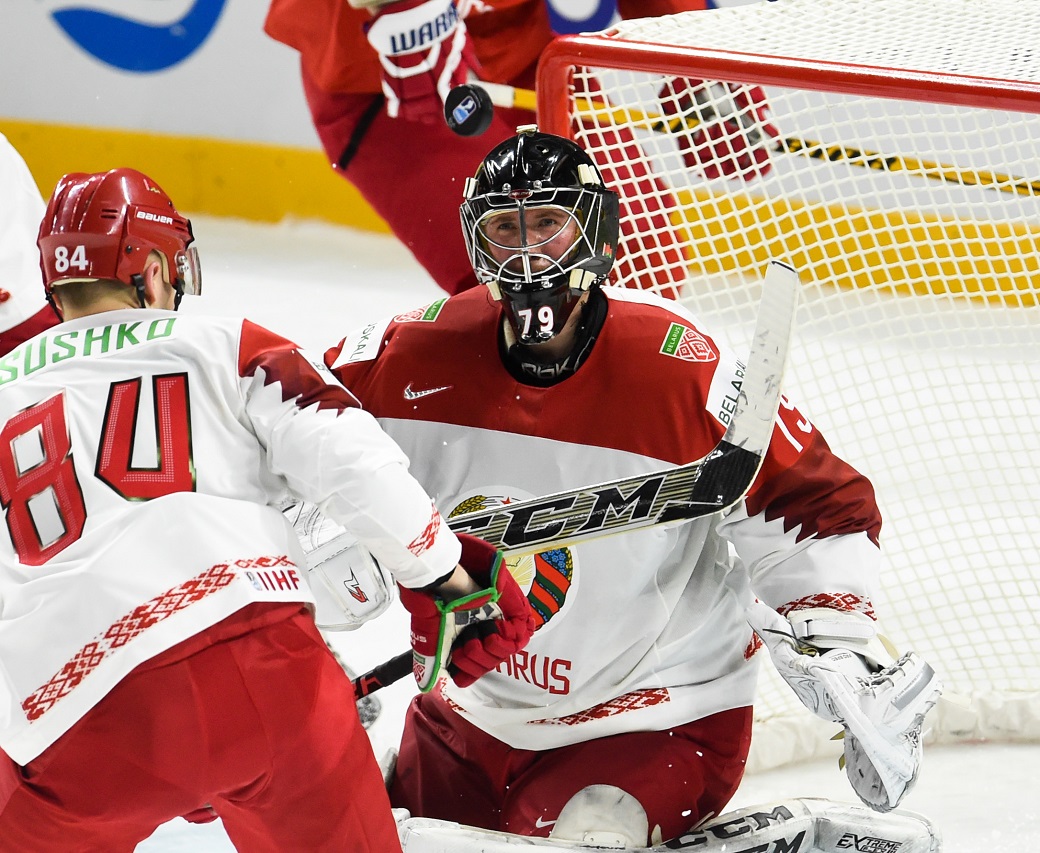 Russia’s closest rival for top spot, Sweden, also enjoyed a comfortable evening in Copenhagen with a 4-0 win over France. Rickard Rakell and Mikael Backlund put the Tre Kronor in control with two goals in the first six minutes before Oliver Ekman-Larsson extended the lead in the middle frame.

Ilya Vorobyov and his team now have two free days before returning to the ice on Thursday against the Czechs. Belarus, rooted to the foot of Group A after three heavy losses, has one day to regroup before facing Switzerland on Wednesday.

In Group B, both games went according to the form book. Team USA remained on top of the group with a 3-0 win over Germany in the afternoon before Canada overcame the host nation 7-1 in the evening game. Jokerit’s Jesper Jensen got the consolation goal for the Danes.